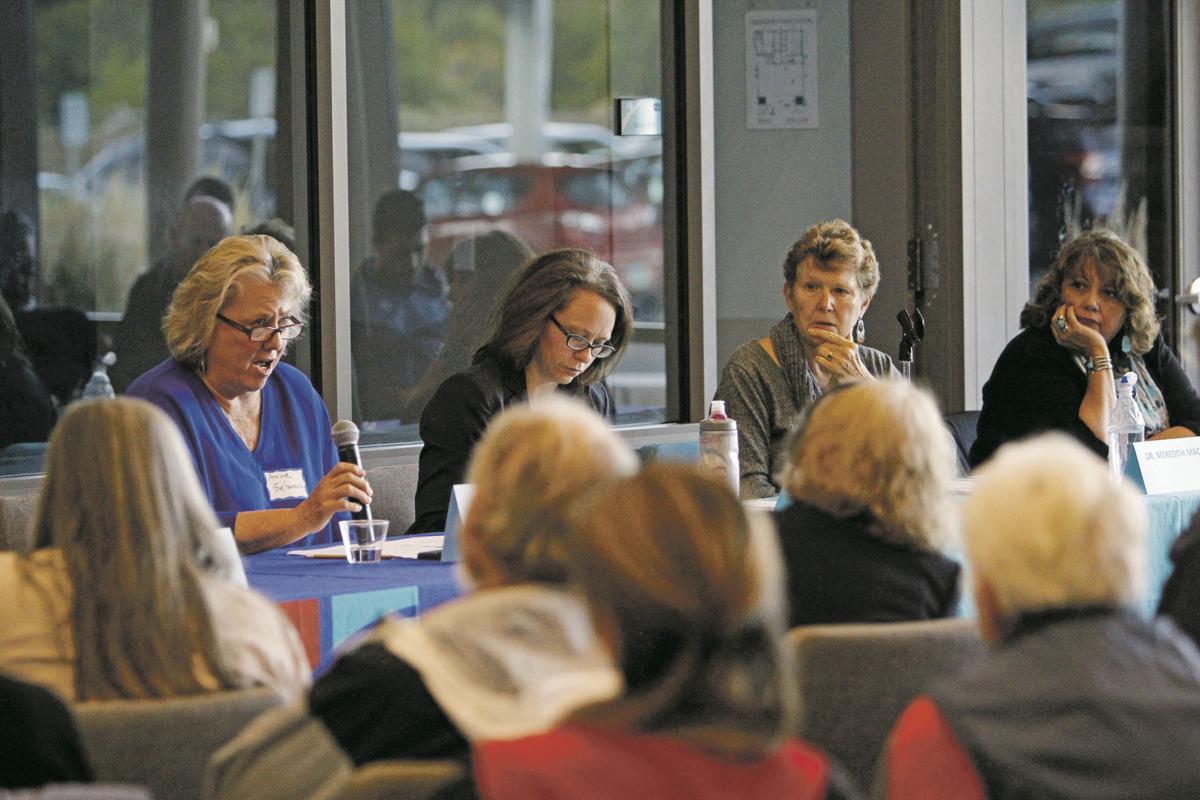 MASTERS Program Principal Anne Salzmann, left, in 2017. She said the state’s adjustment dropped to just over 22 percent of the budget this year from around 30 percent last year. 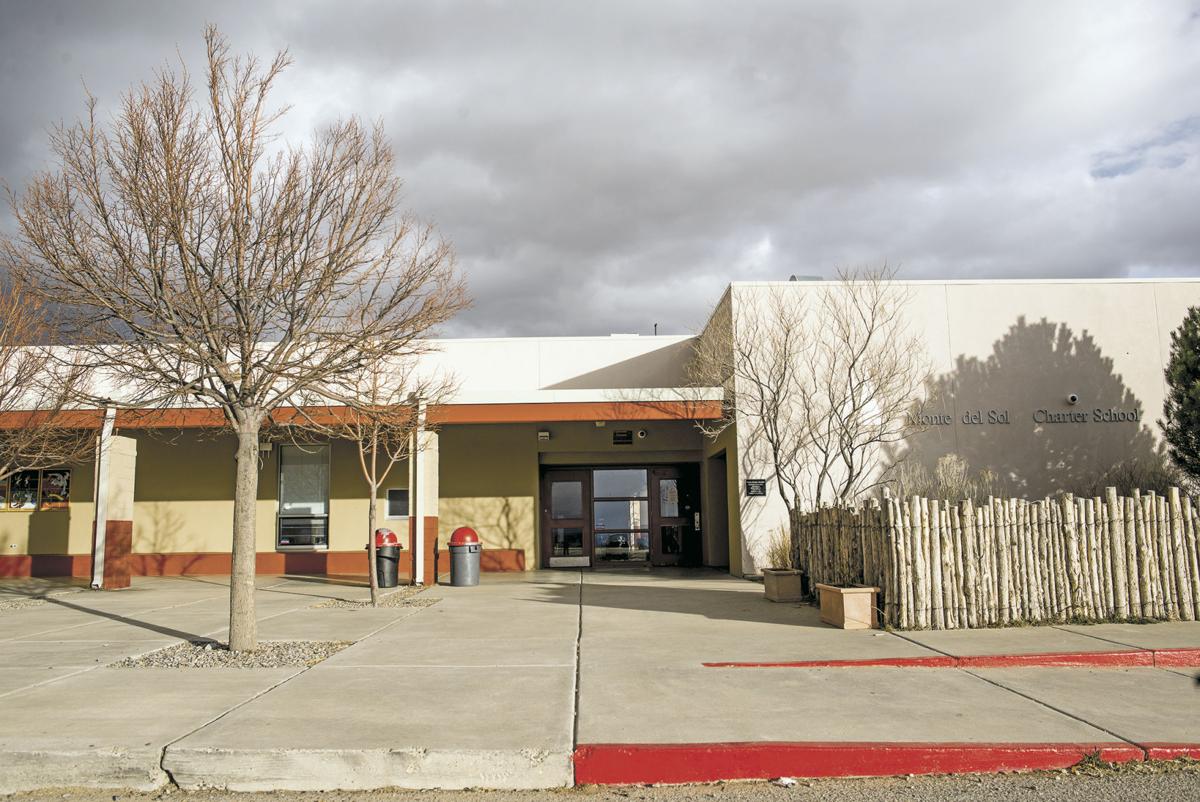 Monte del Sol Charter School in Santa Fe, pictured, with an enrollment of 350, received 11 percent of its operating budget from the small-school size adjustment until this year.

MASTERS Program Principal Anne Salzmann, left, in 2017. She said the state’s adjustment dropped to just over 22 percent of the budget this year from around 30 percent last year.

Monte del Sol Charter School in Santa Fe, pictured, with an enrollment of 350, received 11 percent of its operating budget from the small-school size adjustment until this year.

Many of New Mexico’s smallest public schools have wrangled this year with a drop in state funding after lawmakers passed legislation in 2019 that is gradually cutting off a revenue stream.

They had hoped to halt the decline of funding from a 40-year-old provision known as the small-school size adjustment when lawmakers convened again this year, but a bill to address the issue hasn’t even been printed.

House Bill 147, sponsored by Rep. Javier Martínez, D-Albuquerque, has not been cited as a priority by either Gov. Michelle Lujan Grisham or House Speaker Brian Egolf, D-Santa Fe.

“At this point, I don’t know that we’ll get a hearing,” Martínez said in an interview this week. “... Our kids deserve better.”

It will be at least another year before the Legislature can reconsider the phasing out of the small-school money, which in recent years has made up a significant share of the operating budgets of some tiny traditional public schools as well as publicly funded charter schools — as much as 30 percent of the budget at The MASTERS Program in Santa Fe, for instance. When lawmakers passed the phase-out measure last year, they said the funds were only intended for schools in small, rural districts.

The five-year phase-out, at a rate of 20 percent per year until it’s gone in 2024-25, was “designed to right-size our system and bring it back to legislative intent in a reasonable way,” said Sen. Mimi Stewart, an Albuquerque Democrat who co-sponsored the bill.

The measure came in response to criticism that charter schools were taking too large a share of increases in state funding for public education.

Traditional rural schools are taking a hit, too, though another provision for rural schools in last year’s legislation offsets that, in part.

Curtis Clough, superintendent of the Silver City district, said the small school provision pays for 14 the 24 teachers at K-12 schools in Cliff, a town of fewer than 300 people about 30 miles northwest of Silver City. The Cliff schools serve about 240 kids.

“If the phaseout continues, we’re going to have to make some serious decisions,” Clough said. “We definitely would have to look at the operational costs of all facilities to see if closing buildings is an option to consider.”

Under Stewart’s bill, the funding was limited to schools of those sizes in districts with fewer than 2,000 students.

Robert Jessen, head learner at Monte del Sol Charter School in Santa Fe, with an enrollment of 350, received 11 percent of its operating budget from the small-school size adjustment until this year.

Anne Salzmann, principal of The MASTERS Program, a dual-credit charter high school that serves 265 kids in space at Santa Fe Community College, said the adjustment dropped to just over 22 percent of the budget this year from around 30 percent last year.

Martínez’s HB 147 would cap the phaseout of the small-school size adjustment after fiscal year 2021, so schools would continue to receive 60 percent of the funding.

“If the argument is that this funding was never meant for charter schools, that’s fine,” Martínez argued, “but the cat is out of the bag in terms of charter schools, so we need to make sure those schools can stay open.”

His bill also would increase eligibility to districts with up to 4,000 students.

Without changes such as those proposed by Martínez, school leaders say they will be forced to either rapidly increase enrollment or shut their doors.

Julie Radoslovich, principal of Albuquerque-based South Valley Academy, a charter middle and high school, said in December schools like hers would need to enroll at least 650 students to draw enough per-student funding from the state to pay for a full staff.

But many charters remain small by design.

Erik Bose, executive director of Albuquerque Charter Academy, said, “Our program is designed for students overage and under-credited. At 400 to 500 students, we become just like the school students failed at.”

The charter has around 300 students 16 and older.

Wayne Sherwood, director of Aldo Leopold Charter school in Silver City, which enrolls around 180 high school students and uses an outdoors-focused curriculum, said, “Our school is specific. You’re not going to send 700 kids into the wilderness. We don’t want to grow to survive.”

The state Public Education Department has heard the concerns and said it needs to study the issue before proposing an alternative for the 2021 legislative session.

Secretary-designate Ryan Stewart said in a statement, “PED leadership has already begun notifying charter leaders of the Department’s intention to work closely with them on this issue during the interim.”