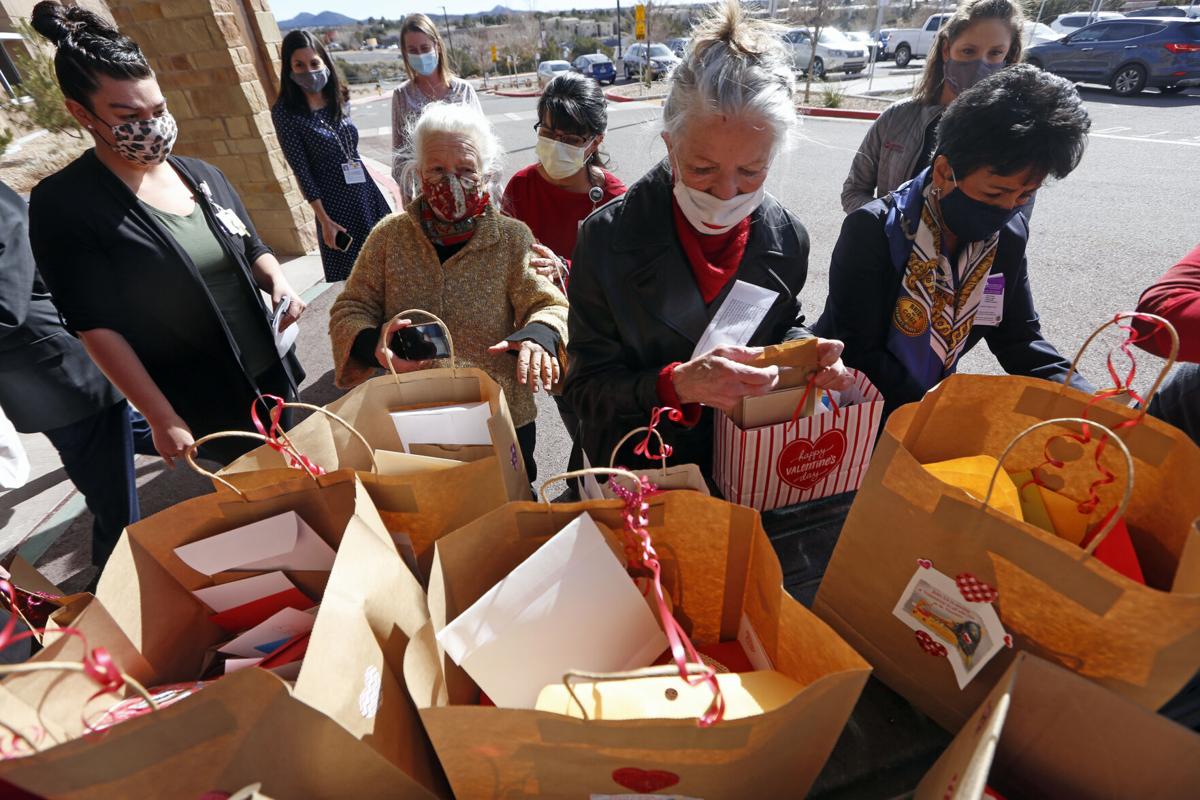 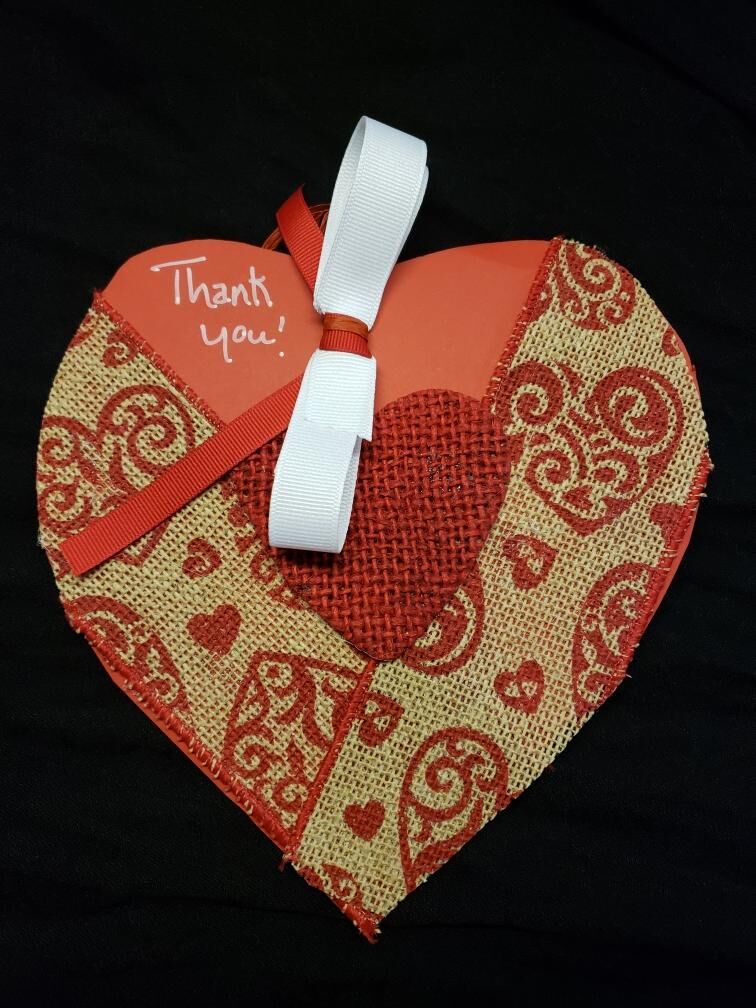 ‘It’s just such a great feeling when we get these kind of gifts from the community,’ said Christus St. Vincent employee Nichol Larrañaga. ‘It’s been such a tough year.’ 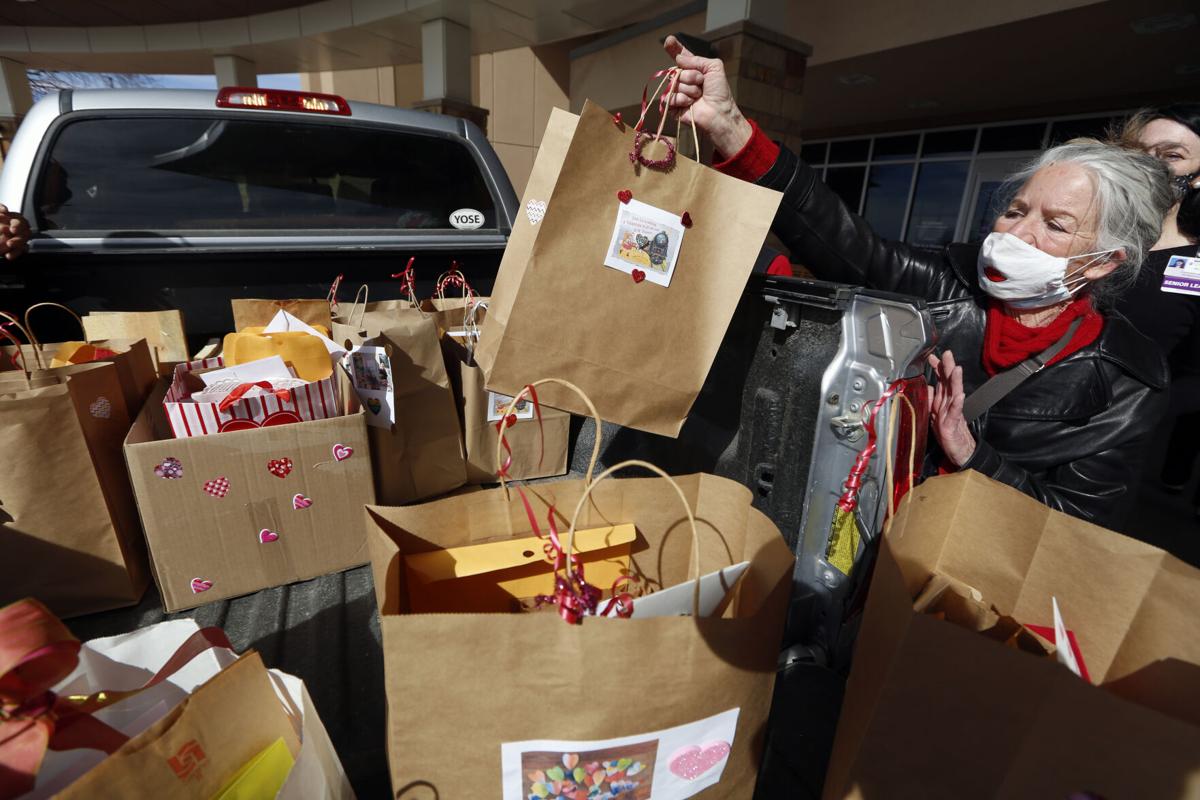 ‘It’s just such a great feeling when we get these kind of gifts from the community,’ said Christus St. Vincent employee Nichol Larrañaga. ‘It’s been such a tough year.’

Nichol Larrañaga picked a heart-shaped card out of the pile, amazed that someone would take the time to create something so beautiful.

But her card — a single snowflake in what was an avalanche of notes that arrived at the front door of Christus St. Vincent Regional Medical Center Tuesday afternoon — was just the beginning.

They came in all shapes and sizes, in a variety of colors. And they didn’t arrive by the dozens or even the hundreds. When all the bags were emptied, there were about 3,000 Valentine’s Day cards for the hospital’s 2,300 employees — all written by community members who simply wanted to say thank you.

It wasn’t the volume of cards that stunned the workers at Christus St. Vincent on what would’ve been just another Tuesday in the coronavirus pandemic.

It was the sentiment.

“It’s just such a great feeling when we get these kind of gifts from the community,” Larrañaga said. “It’s been such a tough year.”

Letting health care workers know they are appreciated in this, the most difficult of times, was the bright — or warm — idea of a pair of Santa Fe women, Cissie Ludlow and Karen Koch, who organized the effort.

Initially, they began recruiting their friends to pen notes to the folks who work at the city’s largest hospital. Then, members of Santa Fe’s service clubs and organizations got involved.

Koch and Ludlow estimated a few hundred people helped make cards over the past two weeks.

The cards came from everywhere, in every style.

Others held works of art.

Elementary school students told doctors and nurses they were brave and “COVID sucks, but you’re awesome” in origami.

Local poets put it all a bit more delicately, and one envelope unfolded into a lantern.

Other creatives stuck to stick figures.

But, hey, it’s the thought that counts, right?

“I live nearby and I hear the helicopters and the sirens,” Koch said. “It’s been so long. Almost a year of this. I’ve been worrying they are still not feeling the love anymore. They need to know they haven’t been forgotten. Delivering them today was quite emotional. This pandemic has hurt so many in our community, and these are the people at the center of it.”

The antidote to such unending pain, Ludlow said, was a simple note.

“Sweet,” she said simply, “is the new radical.”

With numbers like that, the recognition of health care workers’ efforts in the past 11 months matters, hospital officials said.

“This display of love and support from our community has lifted the spirits of Team CSV,” Christus St. Vincent CEO Lillian Montoya wrote in an email. “Our teams have given it their all to care for and heal our patients and gestures like these let them know how much they are appreciated.”

And while it’s unlikely most Christus St. Vincent recipients actually knew the card-makers, this is Santa Fe, where there really are few strangers.

Sure enough, as Larrañaga — the hospital’s patient experience program manager — looked at her card, Koch told her the creator was from a former director of the teen parenting center at Santa Fe Public Schools’ onetime vocational high school.

Larrañaga knew exactly who she was talking about: She is a graduate of the program.

“I remember her,” Larrañaga said. “She was like, so amazing. There was a lot of personal connection in that program. I’ll always remember her.

“This card just caught my eye, so I picked it,” Larrañaga continued. “I don’t even know how to explain the feeling of gratitude I have for this community to see all these.”

Many thanks to Cissie and Karen, and all, for their work and in finding a creative, lovely and fun way to include the community in sending much deserved appreciation.

What a great story. It's amazing to see what happens when our community comes together in such a positive and meaningful way. Kudos to all!

Thank you Cissie and Karen for this wonderful community idea! I know the students and teachers at the Santa Fe Waldorf School were happy to contribute to this effort and had fun making Valentine's for these essential workers!