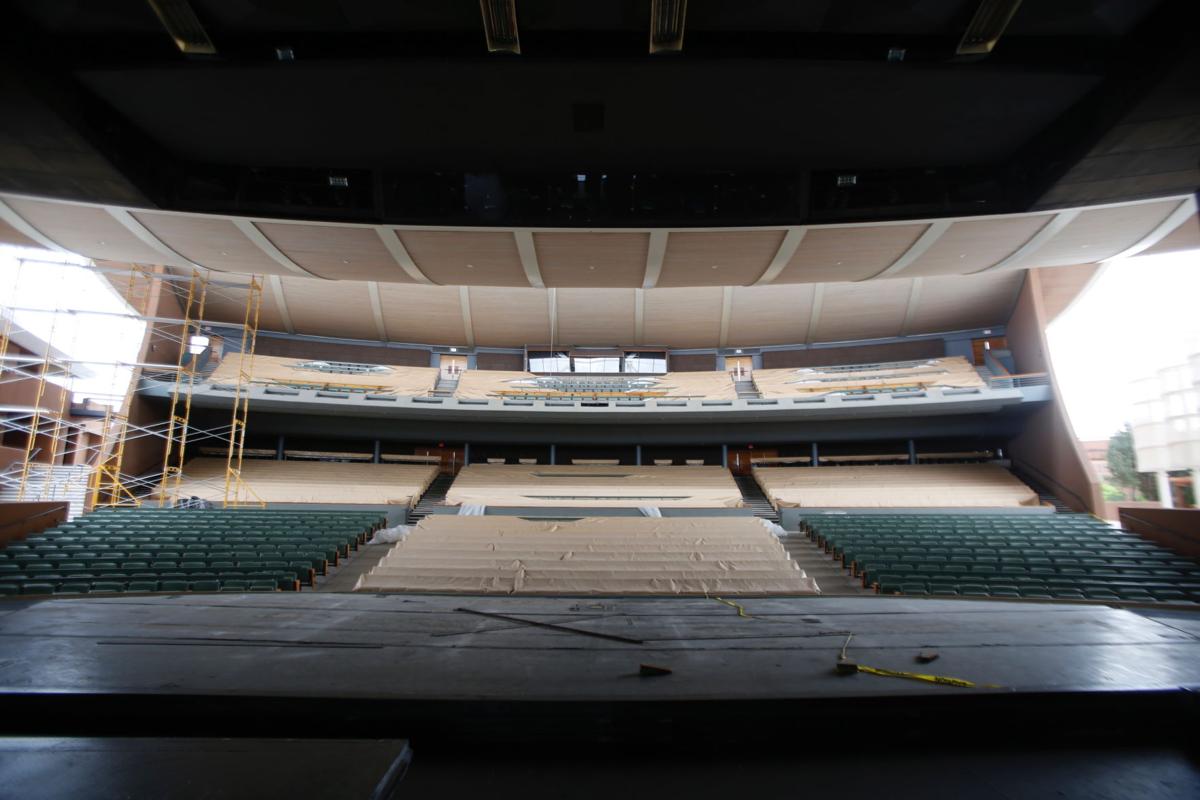 The Santa Fe Opera will remain quiet for a while longer. General Director Robert K. Meya on Monday announced the cancellation of the Santa Fe Opera’s 2020 season due to COVID-19. 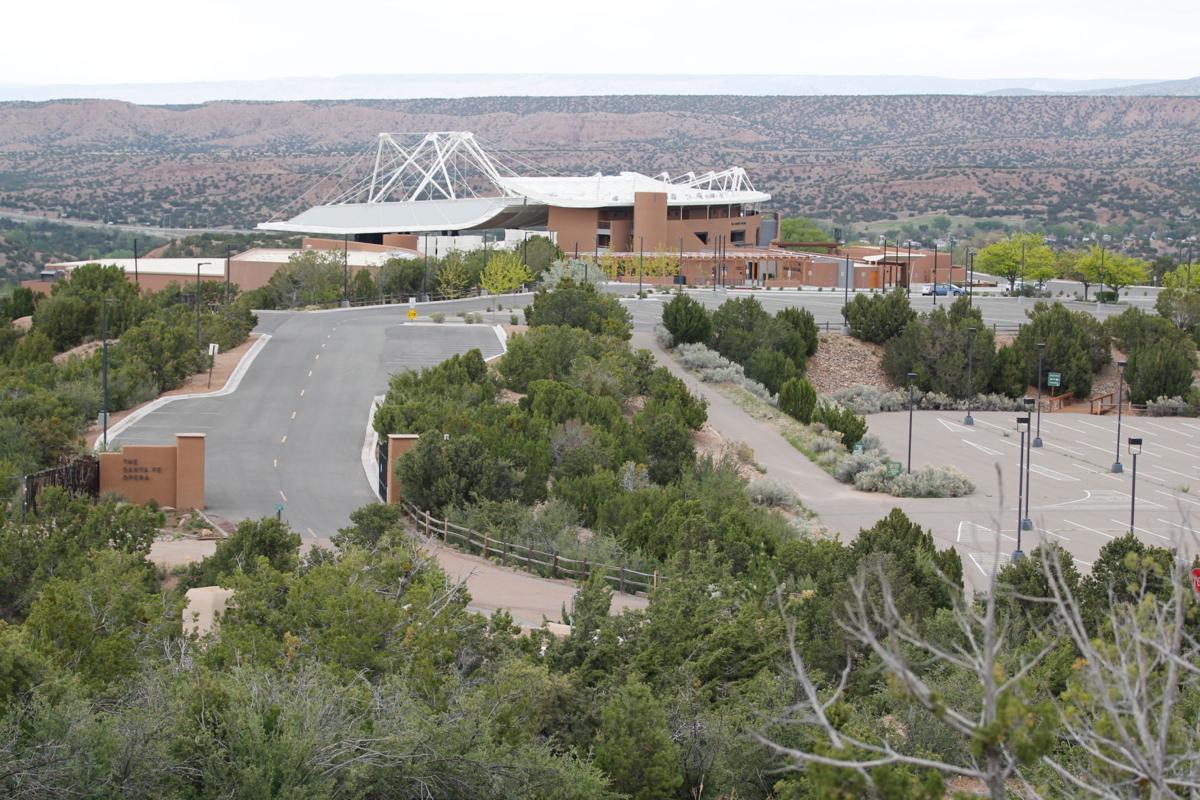 history that it has canceled a season — even after a theater fire in 1967,

the show went on at a high school gym. 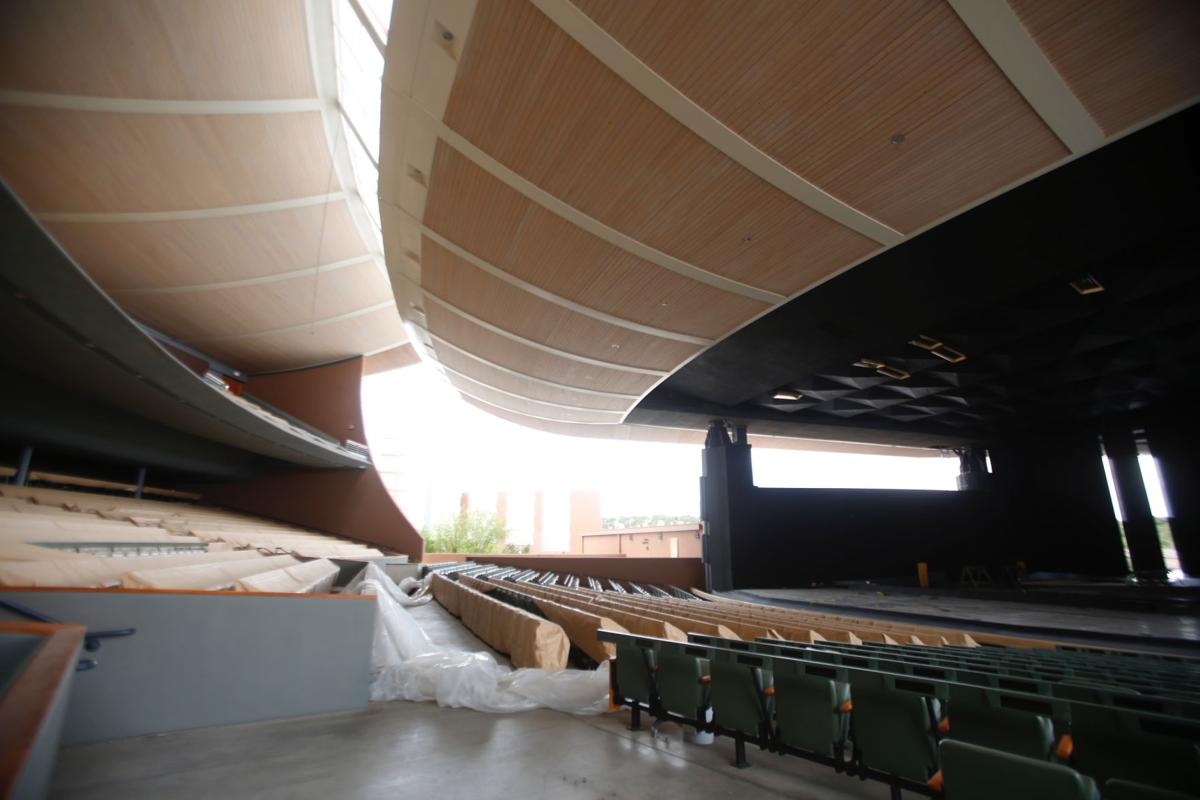 General Director Robert K. Meya on Monday announced the cancellation of the Santa Fe Opera's 2020 season due to COVID-19.

The Santa Fe Opera will remain quiet for a while longer. General Director Robert K. Meya on Monday announced the cancellation of the Santa Fe Opera’s 2020 season due to COVID-19.

history that it has canceled a season — even after a theater fire in 1967,

the show went on at a high school gym.

General Director Robert K. Meya on Monday announced the cancellation of the Santa Fe Opera's 2020 season due to COVID-19.

In a move that was perhaps inevitable in the shadow of COVID-19, the Santa Fe Opera and Santa Fe Chamber Music Festival canceled their summer seasons Monday.

Combined with other local cancellations, such as that of the Santa Fe Desert Chorale’s summer offerings, it means September is the earliest possible month major groups can go back to the business of making music.

“This has been the most challenging professional experience of my life,” said opera General Director Robert K. Meya, “and that includes my four years at the New York City Opera when the company went through a bankruptcy, a restructuring and the closure of its home theater for 18 months.

“But the process our board and staff have gone through over the last seven weeks has given me a great deal of consolation, as well as optimism about our future, which we’ve been able to explore in depth.”

Another casualty is the Festival of Song, three vocal recitals that were a joint project with Performance Santa Fe, scheduled July 26 and Aug. 2 and 9 at the Scottish Rite Center.It is the first time in the opera’s 64-year history that it has canceled a season — even after a theater fire in 1967, the show went on at a high school gym.

So, possibly, will be the loss of ticket revenue, which in the 2019 season totaled almost $9.4 million.The Santa Fe Chamber Music Festival’s 41 performances were scheduled from July 19 to Aug. 24 and included the world premiere of festival Artistic Director Marc Neikrug’s A Song by Mahler, a solo recital by legendary pianist Richard Goode, Beethoven’s complete piano trios performed over a three-evening span, and a vocal recital series that featured mezzo-soprano Michelle DeYoung and tenor Paul Groves, among others.

Like Meya and the heads of other local arts groups forced to cede their seasons to the pandemic, festival Executive Director Steven Ovitsky was devastated by the necessity to fold this summer.

“The decision-making process was agonizing, and it feels good to finally be moving ahead,” he said of the festival, which was founded in 1972.“We’re now calling all our donors and subscribers personally to let them know about what’s happening, and everyone is being extremely sympathetic,” he said.

Ticket holders of the 2020 seasons can donate the value of the tickets back to the company as a charitable contribution, receive a credit for their value to be applied to purchases for the 2021 or 2022 season, or get a refund. Patrons can also request a combination of the three options.The opera also has launched a ticket donation matching campaign. A group of board members and other donors has pledged up to $3 million, matching the value of donated tickets on a dollar-for-dollar basis.

It’s impossible to know how either group will fare fiscally.

Meya said the opera might be able to balance its operating budget, depending in part on the results of the matching campaign.

Ovitsky pointed out that if the festival does have a deficit this year, it will be the first since 2004.Debt-free and with a long history of balanced-budget operations, both groups also have reserve funds and endowments.

Funding from the federal government’s economic stimulus programs is helping them with their current income shortfalls. The chamber music festival — which has an annual budget of about $2.5 million, with 2019 ticket income bringing in $735,000 — was successful in securing loans totaling $195,000. Meya declined to disclose the amount received by the opera.

Leaders of the Santa Fe Opera and the chamber music festival said they intend to partially compensate the artistic and other personnel who were engaged for their seasons.

“The chamber music festival has committed to pay 25 percent of the contracted fees to all its musicians,” Ovitsky said. The 2020 season had 117 performers on the roster. “We really felt we should do so, especially since some of them have been holding this time period for two years.”

A portion of the funds generated from the opera’s ticket donation matching campaign will be used to compensate the nearly 600 contracted performers, technical personnel and staff members who have been engaged for the upcoming season. Payments to the singers, stage managers and orchestra will be determined by negotiations with their respective unions, which is now underway and which Meya said he believes will result in “solutions which are amicable to everyone.”

Repertory plans for the opera’s 2021 season, which were scheduled to be announced in mid-May, will now be disclosed in the fall. Unfortunately, the 2020 lineup, including the highly anticipated performances of Wagner’s classic tragedy and the reinvention of the Pulitzer Prize-winning play M Butterfly, won’t find its way into that programming.

“I wish we could,” Meya said. “It’s really impossible to reschedule them that soon because we’re fully contracted for the 2021 season. We aren’t changing the repertory, which will include the world premiere of The Lord of Cries, commissioned from composer John Corigliano and librettist Mark Adamo. What we are looking at is the number of performances each opera will have.

“Three of the 2020 productions are nearly completely built, so they’ll all be performed at some point,” Meya added. “And Tristan und Isolde will definitely reappear. I hope soon. It’s a project that’s near and dear to my heart.”

The chamber music festival plans to announce its 2021 season in July. “It will definitely include A Song by Mahler,” Ovitsky said, “as well as all the commissioned pieces that were scheduled for this year by Augusta Read Thomas, Helen Grime, Michael Seltenreich, and two members of our Young Composers project.”Meanwhile, both groups are looking for ways to stay on their patrons’ radar, despite their absence from the scene for more than a year. The chamber music festival can offer recorded concerts going back almost 15 years. They are available on the festival’s website. Performances from last summer are now being added on a weekly basis.

In contrast, the opera hasn’t stockpiled many audio or video recordings of past productions, but it is planning to offer several of its education programs on a virtual basis. These include the Opera Makes Sense program for children ages 3-5, the first episode of which is now available on the company’s website and its YouTube channel. Additional episodes will be posted May 16, 23, and 30. The company also plans to offer its Active Learning Through Opera program for teenagers and its Opera Storytellers summer camp online, with details being developed.

The Santa Fe Chamber Music Festival can be reached at 505-982-1890; visit the website at santafechambermusic.com.

As a tour guide who will lose lots of business because of this closure, I still think the Opera did the right thing. Even if it could figure out social distancing for the audience how could it require singers to wear masks? And the backstage and production crew would definitely be too close for too long. Fundraising for the singers and the crews is also the right thing to do as well as use any stimulus money for this purpose.

One might hope that the Tristan, the first ever performace of this opera in Santa Fe, might be given next season. Before the problems, the response to it was enormous.