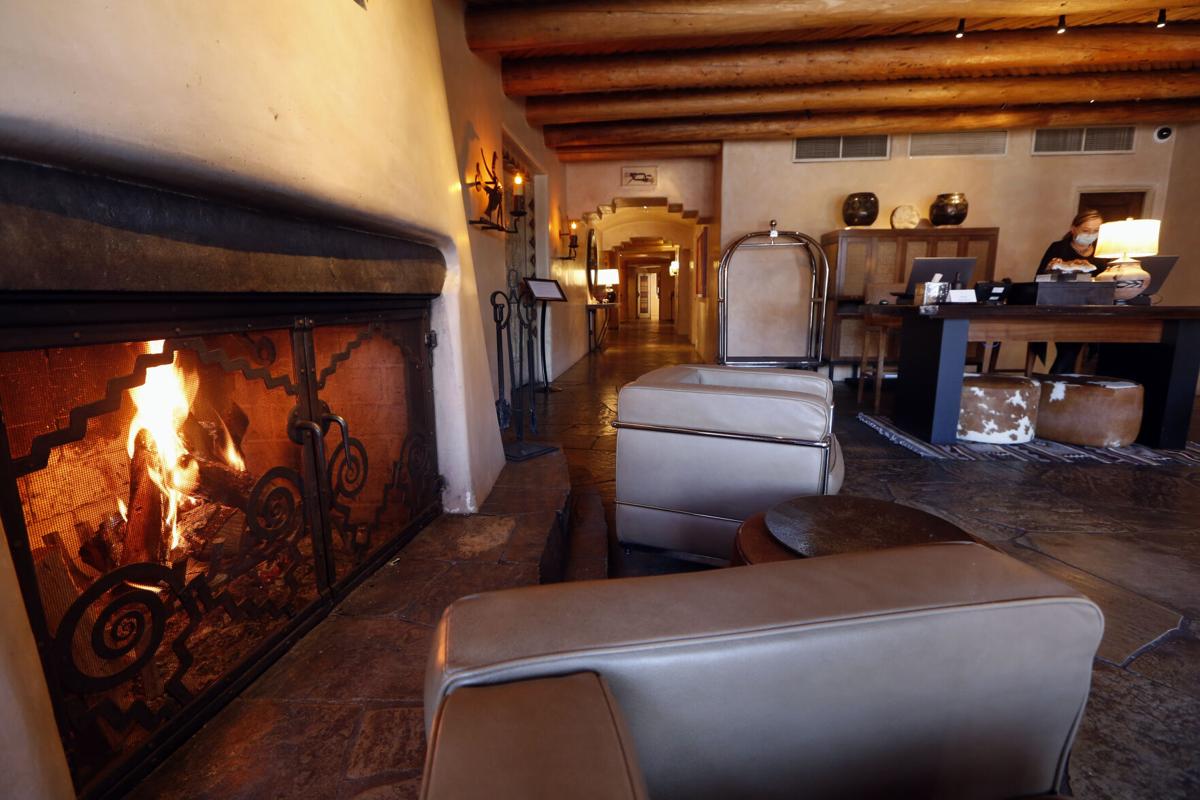 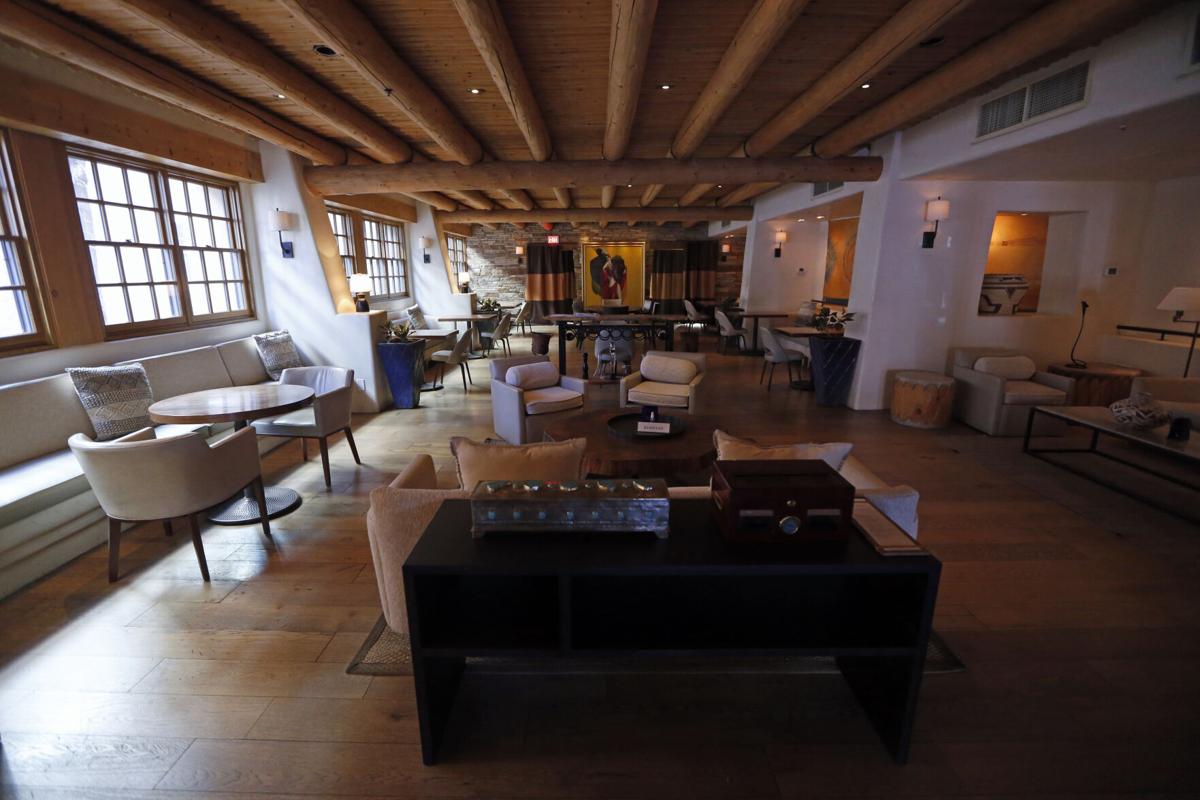 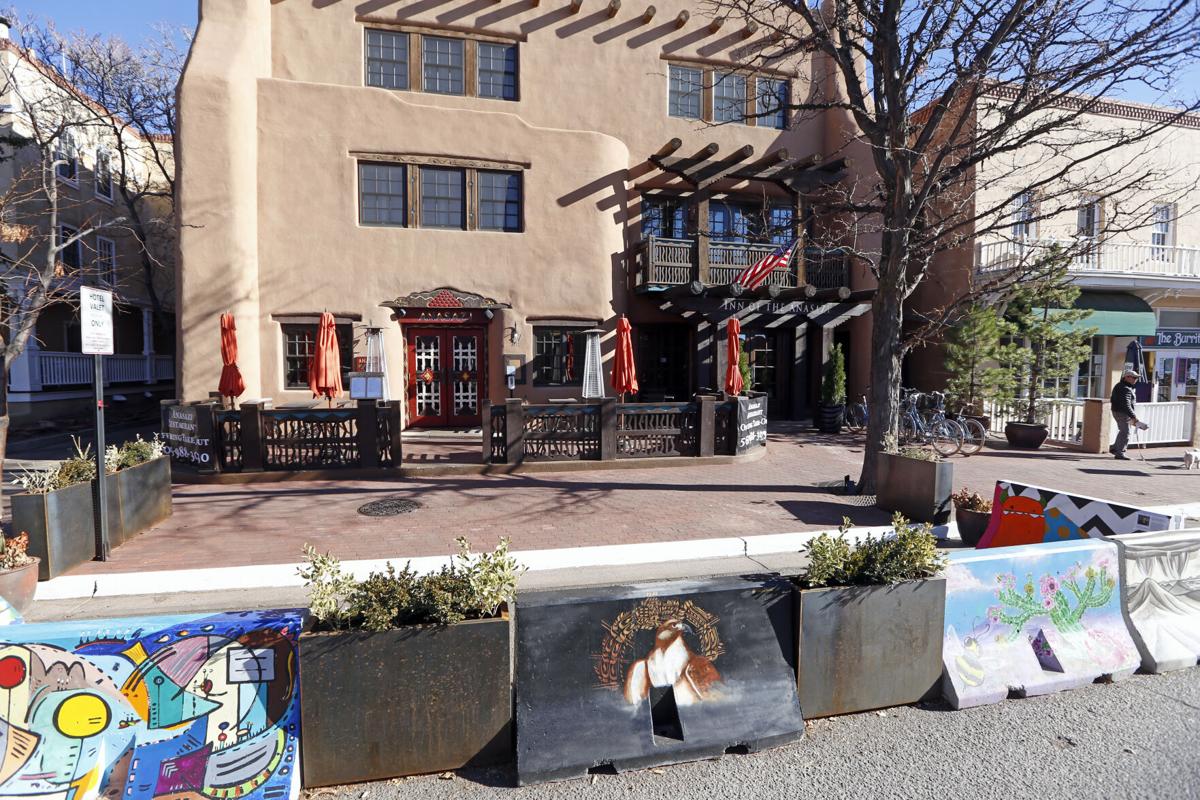 Gov. Michelle Lujan Grisham’s two-week “reset” to slow the massively spiking coronavirus pandemic, which shuttered many businesses and tightened customer capacity for others, forced Santa Fe hotels to whittle their reservations — including for Thanksgiving.

Hotels and other types of lodging are limited to 25 percent of their maximum occupancy levels, down from 60 percent, under the new public health order that took effect Monday.

The stricter regulations will last at least through the Thanksgiving weekend, which usually is a busy time for tourism in the city.

Turns out, that was no problem.

Hoteliers said they got on the phone with people who had reservations and discovered their would-be guests already had heard the news.

“Most of the guests backed out,” said Rik Blyth, general manager at La Fonda on the Plaza.

“As we are making national news with our shutdowns, [cancellations] are happening on its own,” said Regina Ortiz, sales and marketing director at the Inn of the Anasazi. “It’s been a natural wash, basically.”

Other downtown hotels, including Inn of the Governors and Inn on the Alameda, faced a similar situation.

“For us, the 25 percent is not a drastic change,” said Sam Gerberding, Inn of the Governors’ general manager. “Because things have been getting really stark, we weren’t really coming close to 60 percent at all.”

“It was really a nonfactor,” agreed Christina Genuario-Gill, general manager at Inn on the Alameda. “We were at 30 percent [occupancy] for one of the [Thanksgiving weekend] nights, and the rest of them were in the high 20s.”

The holidays, which usually bring tourists and locals’ family members to Santa Fe hotels, likely will be very different amid a crushing spike of COVID-19 cases, both in Santa Fe County and across New Mexico. On Thursday, the state announced its highest daily count of new cases yet, at nearly 3,700; Santa Fe County also had a daily record of 266.

As Thanksgiving approaches, many local hoteliers are preparing for a lack of business that would’ve been unthinkable only a year ago.

With the slowdown in the hotel industry, of course, comes an effect on jobs — though some in the industry said the first stay-at-home order in the spring created the biggest change in staffing.

Inn on the Alameda won’t have to make staff reductions because of the latest restrictions. Since reopening July 1, the boutique hotel has brought back only essential workers and has been working with a skeleton staff, Genuario-Gill said.

La Fonda has taken 30 employees off the schedule this month, but it’s still paying their benefits. Blyth said about 100 employees have been laid off this year.

Hotels remain at the center of the debates about who is responsible for ensuring tourists follow the state’s face-covering and quarantine rules, but officials say there is only so much they can do.

“I can’t be the enforcer; I can be the informer,” Blyth said, referring to informing guests of the public health order. “We tell every guest at the desk. We are rabid about masks [on the property]. We have a welcome letter that every guest gets.”

But hotels acknowledge they have no control over guests once they leave the property.

The state Department of Health requires a mask or face covering in public, except when drinking or eating or under medical instructions. Exercising outdoors also requires a mask.

The state largely has relied on the honor system for compliance with the mask and 14-day quarantine requirements, hoping people choose to wear masks and out-of-state visitors decide not to come to New Mexico.

“The reality that enforcement is a challenge does not detract from the urgency of the situation and the necessity of the public health order and travel quarantine requirements,” Governor’s Office spokeswoman Nora Meyers Sackett wrote in an email. “The state’s travel regulations are distributed widely and are required to be adhered to.”

Hotels, like other businesses, also have been struggling with coronavirus infections among staff members during the pandemic’s unprecedented surge.

Inn of the Governors shut down temporarily in October due to worker infections.

Ojo Santa Fe Spa Resort was shut down this week by the New Mexico Department of Health for reaching the state’s threshold of four COVID-19 reports within 14 days.

The state ordered the spa to shut down Wednesday, with a reopening date set for Dec. 2.

Ojo Santa Fe announced the closure on its website.

“We took this action given five team members from our operations department have tested positive for COVID,” the message said. “During this period, we are deep cleaning and disinfecting the resort.”

wrong side of history, foo

Actually, people will return when COVID-19 pandemic is behind us after people get vaccinated. Santa Fe needed to be this aggressive back in March. We needed the State and the City to put signs in front of every hotel, motel, and inn stating that wearing masks was mandatory when walking outside. It is not a matter of being friendly: it is a matter of not being so idiotic thinking that any person has the 'freedom' to infect any other person. Perhaps you might help put the corpses of people who are dying from COVID-19 on the morgue trucks.

you should go too...

I am not a coward, I don't run from a tyrant or a bad government, I seek to change it with my vote and my efforts to elect competent leaders, unlike what we have currently in NM.

He really needs to.

Carlos Vasquez, Felicia Rivera and others calling on folks like Mike Johnson to "Go!" should stand down. While I often disagree vehemently with Mike's posts, his posts often stand out for careful thought and reason. Mike also cares deeply for New Mexico; we should not fear his love for our land.

A real democracy does not fear a diversity of view points, and is in fact stronger for that. I've recently heard it said that an eagle needs two wings to fly, perhaps we should ponder that.

Now if you would like some of the folks calling others 'Na*is' to leave, I will be glad to help those idiots onto the bus.

Are you being facetious? If no, I don’t know where you get your information, but working in the industry, people love my city and state. Maybe it’s you that should leave?