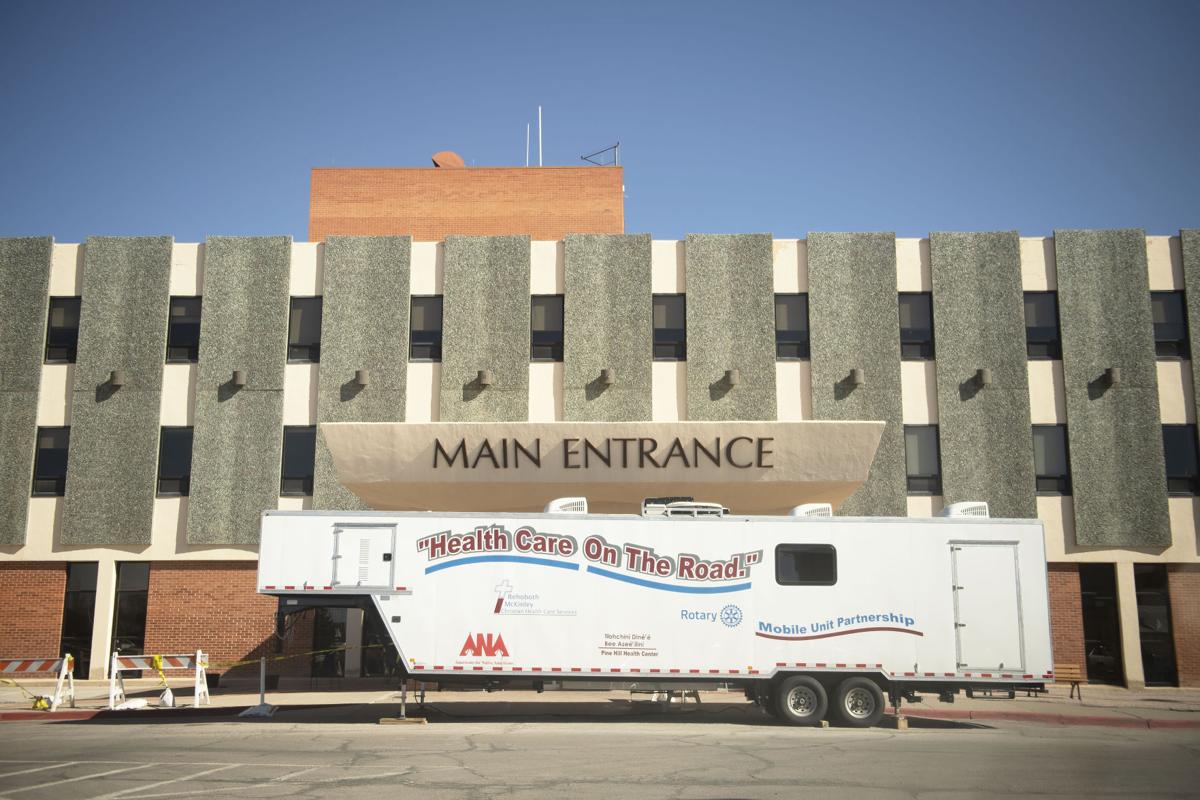 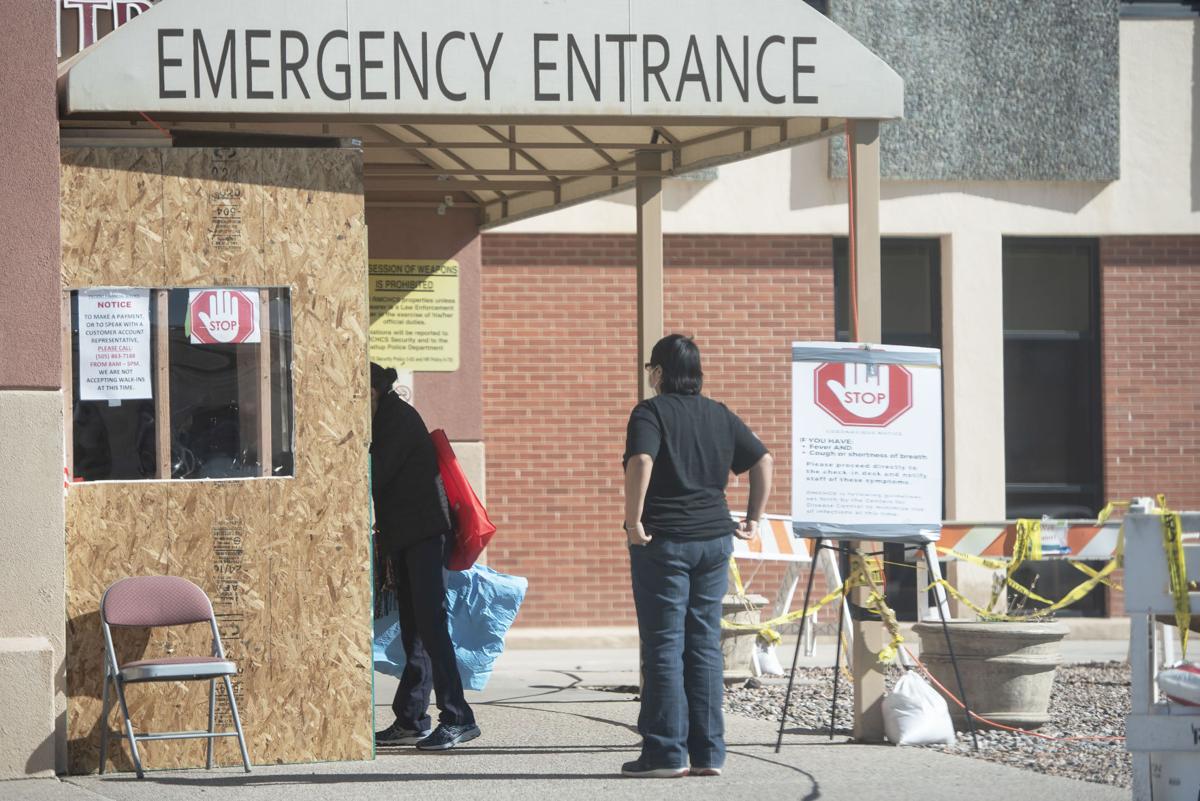 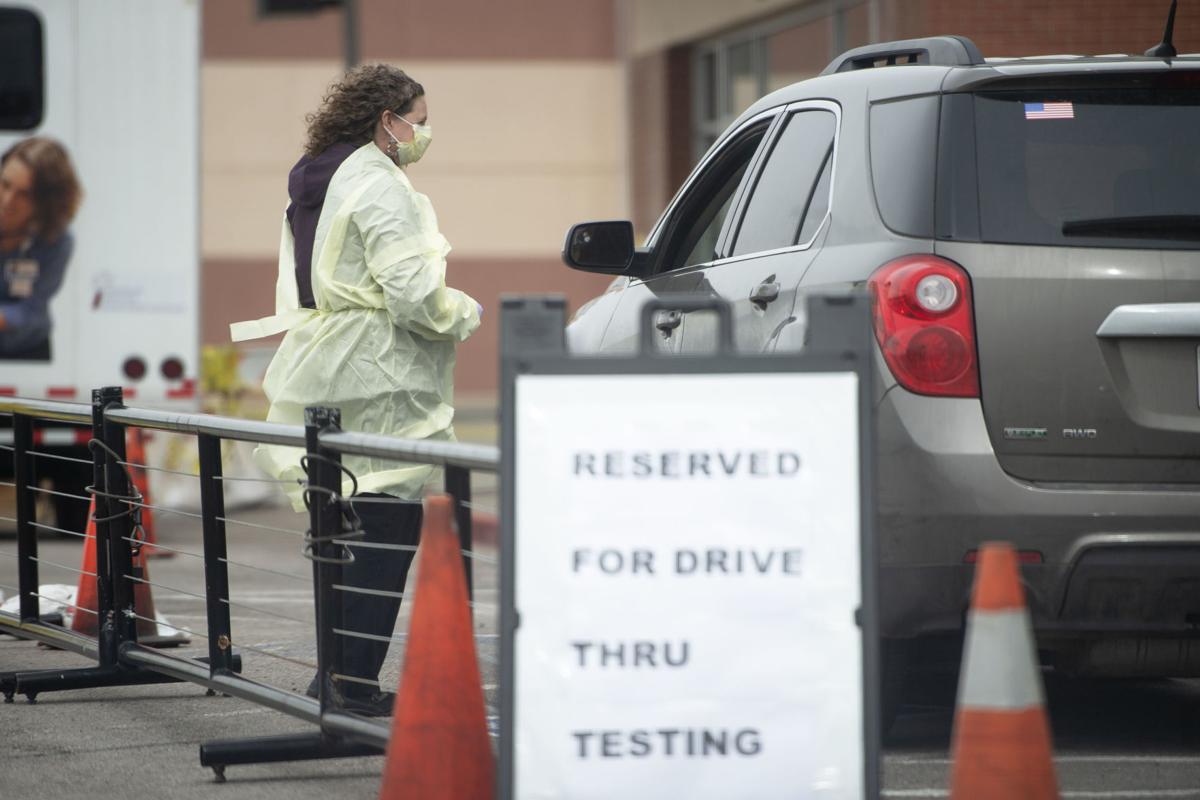 A Rehoboth McKinley Christian Hospital employee performs COVID-19 testing at the drive-thru testing site in front of the facility in Gallup. 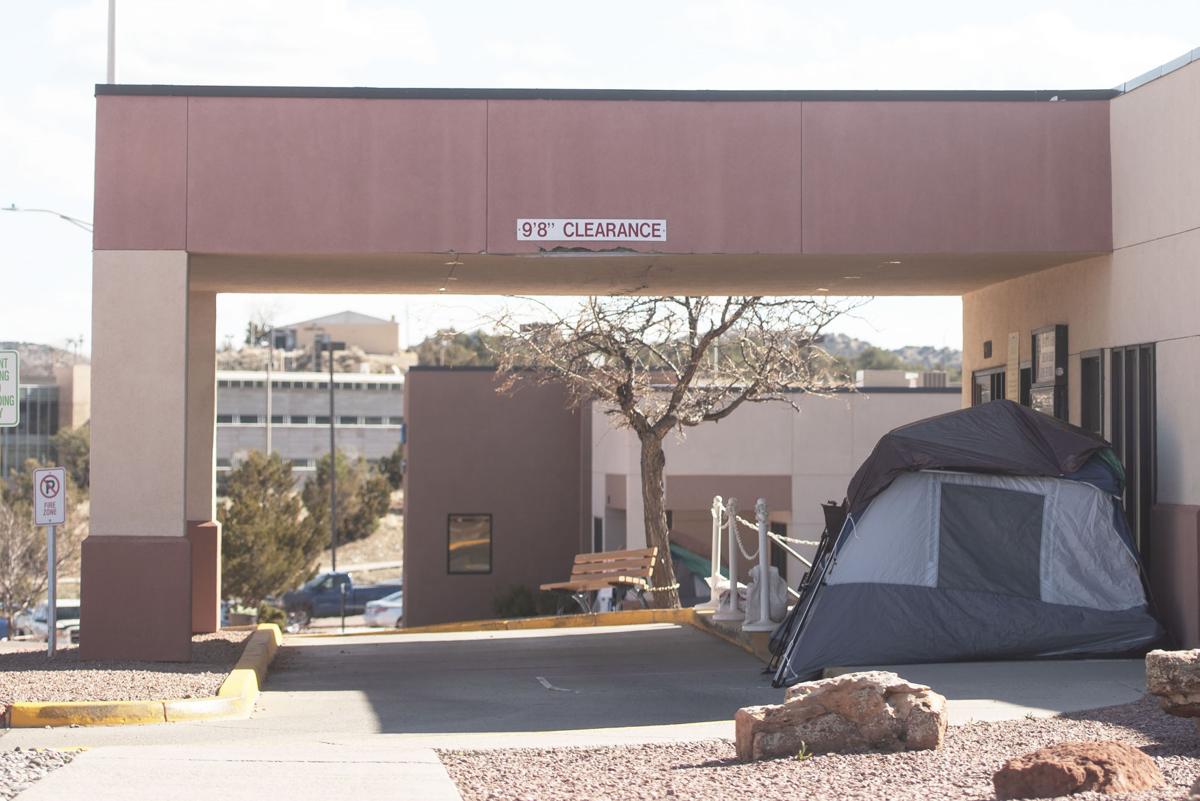 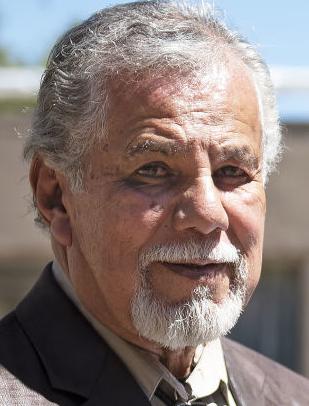 A Rehoboth McKinley Christian Hospital employee performs COVID-19 testing at the drive-thru testing site in front of the facility in Gallup.

Another patient suffered severe brain damage when a ventilator was improperly adjusted, according to those same physicians.

On Tuesday, an ad hoc group of staff providers at the hospital, formally known as Rehoboth McKinley Christian Health Care Services, unanimously voted to submit a declaration of no confidence in Rehoboth CEO David Conejo. The group, which formed to protest recent conditions, followed up with a warning letter to the hospital board.

The letter charged Conejo with creating an unsafe working environment, failing to effectively communicate, promoting a lack of transparency and poor fiscal management.

“The board members should understand that they are ultimately responsible for breaches in their fiduciary obligations to the hospital system by allowing the CEO to create unsafe working conditions,” the health care workers wrote.

The staff accused Gallup’s second-largest hospital of questionable decision-making by leaders that led to severe staff shortages, Searchlight New Mexico found. Interviews with six doctors, three nurses and other caregivers, and a review of internal emails and written complaints, reveal a hospital in disarray.

Three physicians agreed to go on the record in tandem. They are Chris Hoover, a urologist now directing the allocation of ventilators; Neil Jackson, a family medicine doctor now working in intensive care; and Andrea Walker, chief of obstetrics and gynecology.

“Our hospital has not been safe in recent weeks,” they said in a collective interview. “And to not be transparent about this is medically unethical. We’re working incredibly hard on the front lines, but due to management’s poor choices, we’re left without the tools we need to fulfill our obligations to the community.”

Critically understaffed for weeks — while treating between 15 and 20 patients sick with COVID-19 — the private nonprofit hospital is faltering just as Gallup weathers a surge in coronavirus cases.

A 60-bed hospital with an eight-bed intensive care unit, Rehoboth has been operating far below minimum standards for nurse-to-patient ratios. National nursing guidelines recommend hospitals maintain one nurse to every three patients in most settings, with acute-care units requiring a 1-to-1 or 1-to-2 ratio.

In recent weeks, Rehoboth has assigned one nurse to every two or three critical care patients and one nurse to up to seven patients in other units, said Val Wangler, the hospital’s chief medical officer. One nurse, who asked for anonymity, said she was alone during one shift in late April — the only nurse in a unit with nine patients.

Others had similar concerns. A labor and delivery nurse, assigned to an ICU filled with six patients, “plus new admits,” said in an email to staff physicians that she was overwhelmed and unable to respond to nonstop call lights.

“I can say that I have never before in my career walked past a call light or intentionally ignored call lights in order to get through my day,” wrote the nurse, who asked to remain anonymous. “I did this all day on Wednesday.”

She added: “I am seeing images of helpless, desperate elderly patients tangled up in their beds and looking at me begging for help. … I have this feeling that I will enter a room and find a patient dead.”

Replying on his behalf, Rehoboth’s public information officer wrote: “COVID-19 is a new challenge for everyone. We are learning every day and our staff is working very hard to provide the best care possible for our COVID-19 patients.”

Located at the edge of the Navajo Nation — where the coronavirus infection rate is one of the highest in the nation — Gallup has become an epicenter for the scourge. The city serves as a major shopping and medical hub for Navajo, Zuni and surrounding tribal communities, increasing the potential for widespread transmission. As of Friday, the Navajo Nation had reported 2,757 confirmed coronavirus cases and 88 deaths.

On May 1, Gov. Michelle Lujan Grisham invoked an emergency declaration that closed all roads into Gallup.

The city’s two hospitals, Rehoboth McKinley and Gallup Indian Medical Center, sit directly across the street from each other on Hospital Drive. The latter, a federal facility run by the Indian Health Service, serves enrolled members of federally recognized tribes, leaving Rehoboth as the only hospital within 100 miles that is open to the general public.

That all came to a stop March 25, when the governor temporarily ordered a halt to all elective surgery in New Mexico.

That same week, the hospital terminated the contracts of 17 nurses, most of them working in the emergency room and operating room. On April 1, four hospital physicians delivered a letter to the administration, demanding to know what steps it would take to maintain patient care standards and safe staffing levels.

Conejo responded with his own series of memos and emails, arguing that because the hospital could no longer depend on elective surgery, the cuts had become financially necessary.

“We are making difficult decisions, which will secure both our short- and long-term futures,” Conejo wrote in an email to staff April 6. “Yes, we have reduced a number of contract nurses and we have asked some physicians and their teams to accept adjustments, due to the state’s mandate to stop all non-essential surgical procedures.”

During one communication with staff, Conejo emailed a budget document that listed his annual salary of $674,481. In an accompanying document, he wrote that he “plans to give at least $50k in this current effort” and that he “generously gives of personal time and money to feed and clothe the poor.”

He did not mention any plans to use those funds to address staffing shortages. By then, Rehoboth had lost even more workers — 30 employees had tested positive for COVID-19, including 10 nurses.

The medical staff was outraged by what they called a lack of foresight by the CEO.

“At that point, management left us dangerously short-staffed and expected our nurses and medical assistants to work harder and for longer in areas outside of their expertise,” Hoover, Jackson and Walker said. “There were errors happening that should never occur in any medical setting.”

According to two physicians, a COVID-19 patient spent the night of April 26 on a maladjusted ventilator. The equipment, which pushes oxygen to the lungs, had slipped out of the trachea and was resting in the patient’s mouth, rendering it useless for hours. The patient died in the following days.

An April 27 email from a doctor called for a peer review of the case and indicated the medical staff had “grossly mismanaged” the ventilator.

Many of the nurses and doctors on duty were unprepared to care for such patients suffering from acute respiratory distress, according to several staff physicians. They blamed system inefficiencies, outdated equipment, a poorly trained support staff, and an administration that negligently failed to recognize and address the severity of the problems.

Many of the physicians and nurses had been hired by the hospital through remote staffing agencies, doctors said.

Rajiv Patel, the hospital’s only critical care doctor, said he had become disillusioned with the inexperience of temporary staff and safety issues by late April.

“It became clear to me that I could not safely keep and take care of critically ill, and especially ventilated COVID-19 patients,” said Patel, who worked extended shifts almost every day for more than a month.

By April 28, Patel and numerous colleagues had fashioned an agreement requiring all ventilated patients at Rehoboth be transferred to better-equipped facilities around the state. Once that was finalized, Patel told the staff he was quitting Rehoboth. He said he remains committed to serving the communities of northwest New Mexico.

Since the end of March, when the hospital terminated the 17 nurses, it has hired only one new nurse and brought on no additional physicians, Wangler said.

Across the street, Gallup Indian Medical Center has brought on seven physicians and 14 nurses on monthlong voluntary assignments.

Nursing supervisors at Rehoboth are struggling to find more than three nurses per shift. For now, nurses describe an “untenable” and “soul-crushing” workload.

“We need help,” one nurse said. “We deserve better.”

Totally unacceptable to put money before patient care in this coronavirus pandemic, and to fire people. Make it work, people.

Close the hospital and transfer ALL patients out of Gallup. Hospitals around the state no longer are facing a surge that they cannot accommodate Close that hospital and take away its qualifications

Although on the face of it, closing Rehoboth McKinley Christian Hospital does seem in order, but the only other hospital in the area is Indian Health Service hospital. Sadly, this IHS hospital, according to credible reports is in need of replacement. (See My View: Keep the beans and build the hospital, by Patricia Lundstrom, Santa Fe New Mexican Apr 29, 2020.)

Good folks without a whole lot of money already drive many miles of poor roads to reach medical care, and removing patients further from the loved ones is bound to have an adverse impact on their health situation. Closing this hospital might well mean even more hardship for western New Mexico, and goodness knows how Rehoboth Hospital closure would impact the already stressed IHS hospital.

Health care in the Gallup region, and likely all across rural America, calls for Federal money to build the health care system Americans need and deserve!

Write your representatives and your media, tell your neighbors, support Medicare 4 All, and vote for Bernie in our June NM primary.