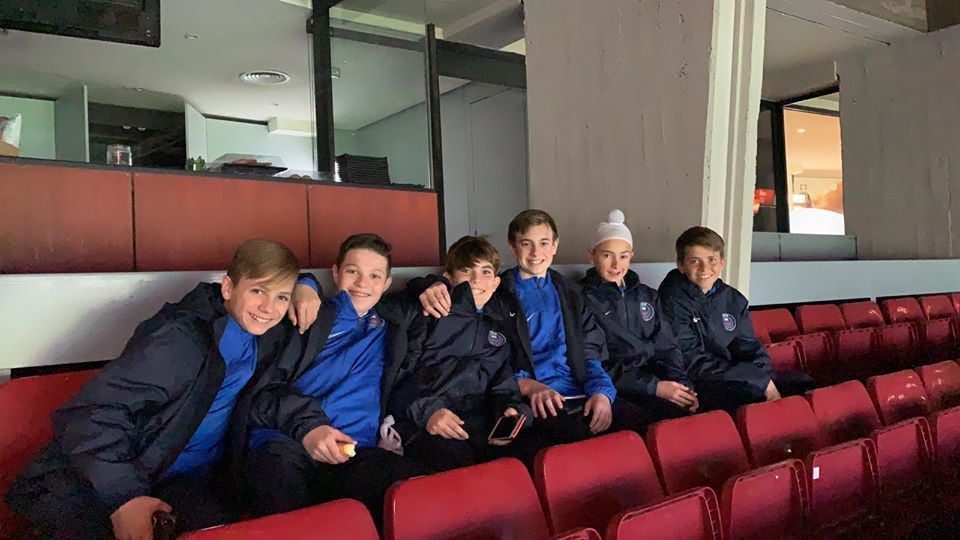 Shiv Antar Khalsa, 13, of Los Alamos, second from right, is waiting to fly home from soccer camp in Spain. 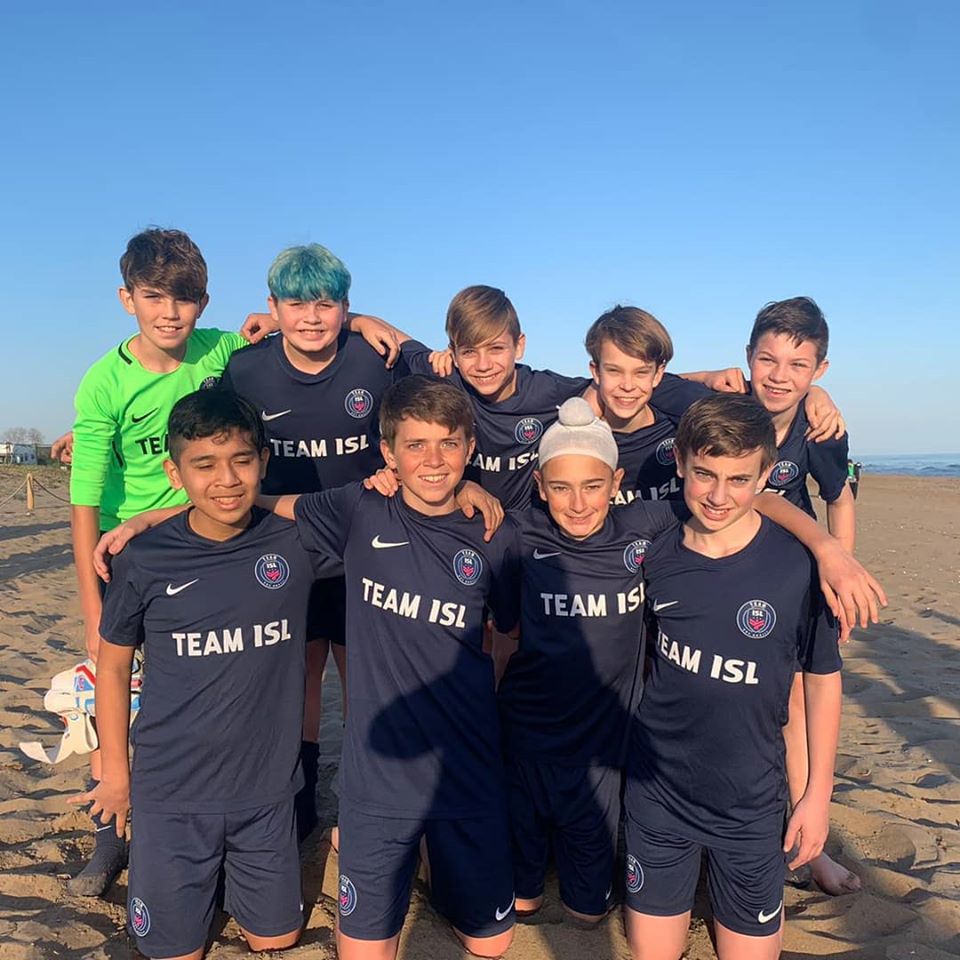 Shiv Antar Khalsa, 13, second from the right in front row, is waiting to fly home to New Mexico from soccer camp in Spain. 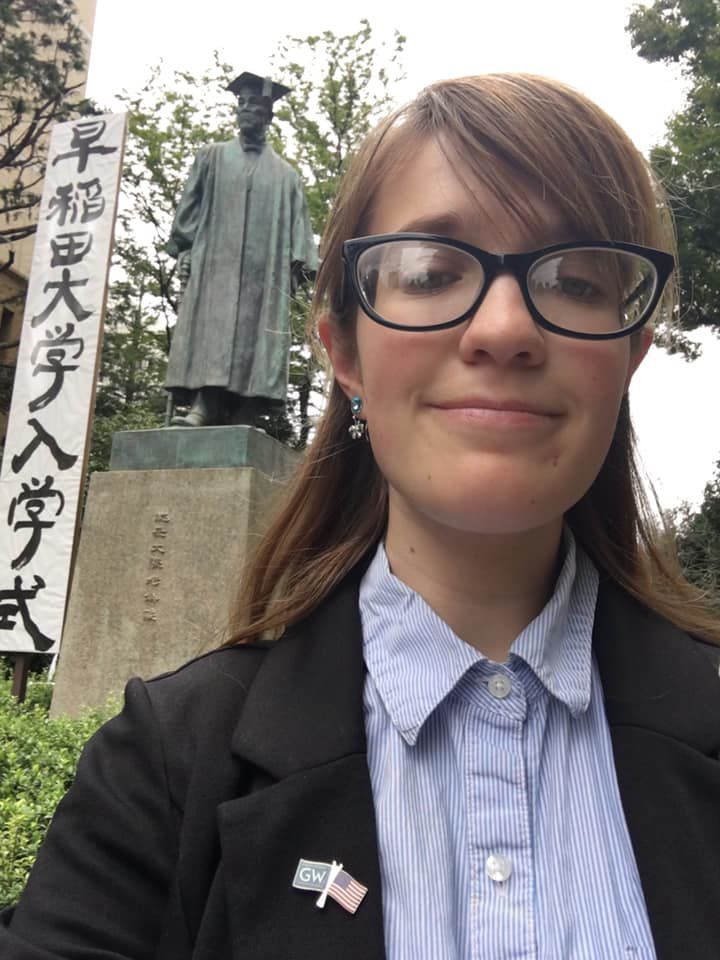 Alice Rees, a George Washington University student, is studying abroad in Japan. Her father, Cliff Rees of Santa Fe, expects to board a flight Tuesday to visit her, barring any complications from the COVID-19 pandemic.

Shiv Antar Khalsa, 13, of Los Alamos, second from right, is waiting to fly home from soccer camp in Spain.

Shiv Antar Khalsa, 13, second from the right in front row, is waiting to fly home to New Mexico from soccer camp in Spain.

Alice Rees, a George Washington University student, is studying abroad in Japan. Her father, Cliff Rees of Santa Fe, expects to board a flight Tuesday to visit her, barring any complications from the COVID-19 pandemic.

As parents in Los Alamos try to bring their stranded teenage son home from Europe amid the coronavirus pandemic, a Santa Fe father hopes to fly to Japan this week to visit his daughter.

Sat Guru Khalsa has been trying to get his 13-year-old son, Shiv Antar Khalsa, on a flight home from Spain, where he attended soccer camp.

“It’s been a whirlwind and a nightmare, and I haven’t slept in about four days,” Khalsa said.

Sat Guru Khalsa, 43, of Los Alamos, said his son flew out with a friend March 6 and was having a good time. He and his his wife, Sat Mitar Khalsa, discussed whether they should send Shiv Antar, but decided that since there were fewer cases of COVID-19 involving children, he would be fine.

“I was originally supposed to go with him and I feel so bad for leaving him there alone,” said the father, who decided to stay behind because there were COVID-19 cases in his age range.

Last week, he received a call at 4 a.m. from his son. The camp had been canceled and all the boys were being sent home. Khalsa said five boys were taken to the airport, and Shiv Antar and his friend were the only ones unable to get onto the full flight.

Shiv Antar tried to catch a last-minute flight Thursday. “At the airport, I noticed gigantic lines throughout the entire building and quite a few people wearing masks as well,” he told The New Mexican. “The lines made it very hard to get anywhere quickly.”

Shiv Antar was turned away, spent two more nights in a hostel with a friend, returned and was turned away from another flight. He was anticipating getting on a flight Sunday morning.

Between the language barrier, COVID-19 concerns and plane changes, he said it was frustrating.

“I feel like I have not been given a ton of information as to what is going on,” he said.

He’s been checking Japan’s Ministry of Health, Labour and Welfare site frequently — it has a version available in English — and so far only people traveling from China or South Korea are required to be quarantined for two weeks.

“As long as I’m going to be allowed in the country without being quarantined, I plan to go,” said Rees.

For the Khalsas, a travel ban from Europe to the U.S. announced last week by President Donald Trump seemed to have an impact. The Department of Homeland Security later issued a news release that seemed to say U.S. citizens would not be restricted.

In a conference call to clarify Saturday, a senior Department of Homeland Security official said travel restrictions did not apply to U.S. citizens, legal permanent citizens, their children under 21 or diplomats or those on official government travel.

At those airports, the official said, people would proceed through U.S. Customs and Border Protection normally, then be screened by medical contractors by having their temperature taken. They would then provide information to the federal Centers for Disease Control and Prevention, which would forward it to local health departments.

The official said he expects many of those travelers to be asked to self-quarantine for the next 14 days at home.

Rees’ flight to Japan is scheduled to depart Tuesday and he expects to be back home around April 1.

As of Saturday, Japan had 716 confirmed COVID-19 cases and 21 deaths linked to the virus, according to the World Health Organization.

Rees said some of their plans already are canceled: a baseball game in Osaka and a chance to see former University of New Mexico standout Alex Kirk play basketball in Tokyo.

“The trains are still running and we plan to stick to mostly outdoor-type things, such as visiting shrines,” Cliff Rees said.

In an interview, Alice Rees said while Hokkaido was under a state of emergency and group gatherings are banned across the country, life continues in Tokyo.

“There’s been a lot of stocking up on masks and toilet paper, so now they’re not readily available at any of the stores in the area,” she said. “It’s pretty much a wait-and-see game at this point. [And] a self-imposed quarantine for me because I don’t really have anywhere to go. I just choose to remain indoors on my own.”

Alice Reese said her biggest concern would be George Washington requiring her to return home early from her yearlong sojourn.

“If I give into the panic of the situation now, I could end up losing the dream I’ve devoted myself to, so I intend to stick it out until the end,” she wrote in her monthly update on Facebook.

THANK YOU Santa Fe New Mexican for dropping the paywall so the public can access virus information. This is so generous and important. Good job.