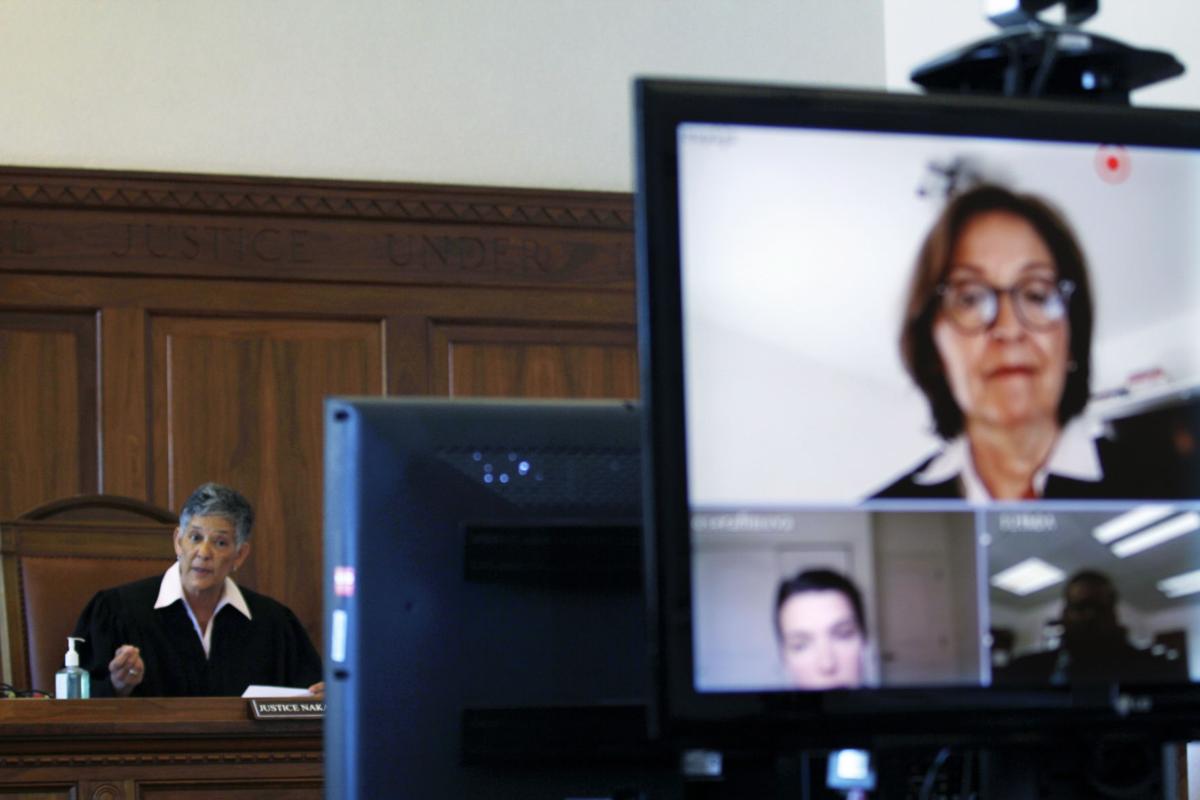 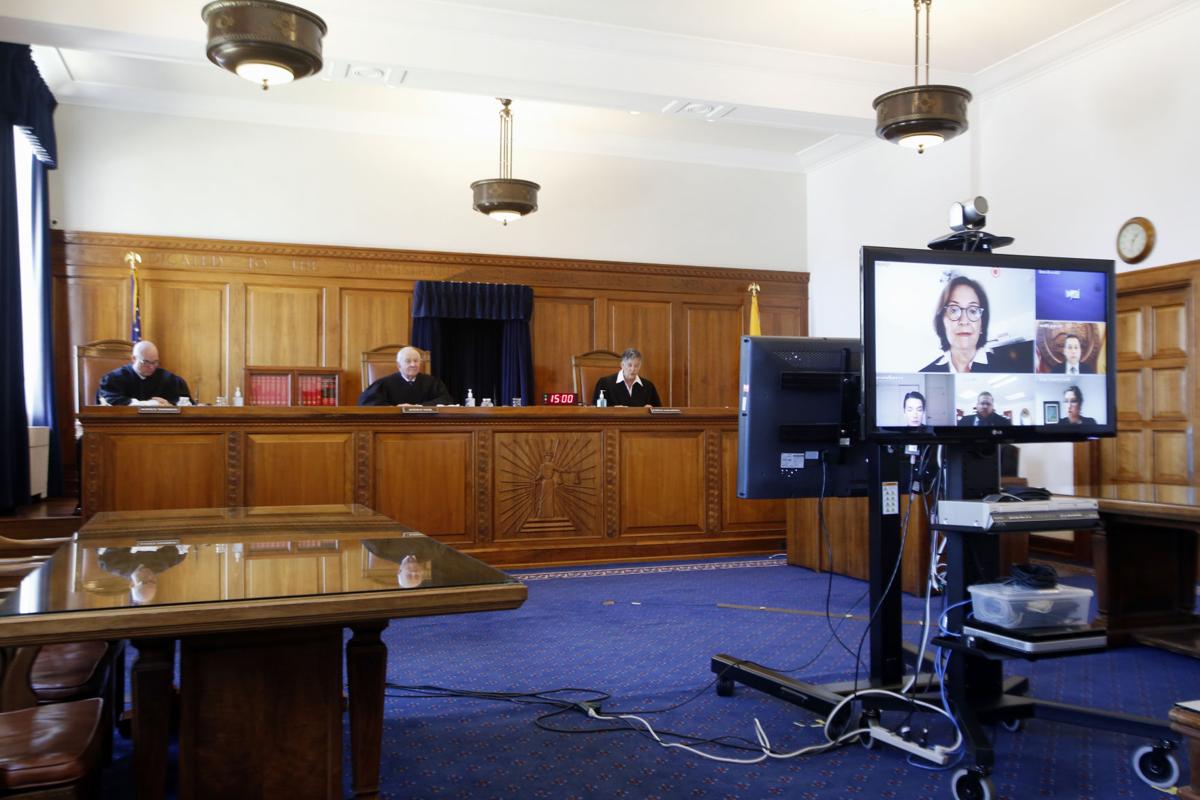 The state Supreme Court on Monday denied a petition from civil rights activists and defense attorneys asking for a mass release of state prisoners to reduce the threat of a COVID-19 outbreak.

In announcing the court’s decision, Chief Justice Judith Nakamura said justices unanimously decided the petitioners had not proven Gov. Michelle Lujan Grisham, state Department of Corrections Secretary Alisha Tafoya Lucero and other officials were violating prisoners’ rights by refusing to release them during the pandemic.

The Governor’s Office did not respond to a request for comment, but Corrections Department spokesman Eric Harrison said in an email officials “will continue to do everything possible to ensure the safety of everyone in our custody and the safety of our staff.”

Appellate Defender Kim Chavez Cook argued Tafoya Lucero and the governor were violating the inmates’ constitutional right to be free from cruel and unusual punishment, in part because inmates are held in close quarters that make it difficult to practice social distancing — which experts have said is the most effective way to avoid contracting the viral illness.

Chavez Cook also argued the department’s failure to conduct widespread testing inside prisons — as of Monday, fewer than a dozen inmates had been tested for the novel coronavirus that causes COVID-19 — was evidence the state was showing deliberate indifference to the plight of inmates.

Bacon asked Chavez Cook to explain how the state was behaving with deliberate indifference toward the inmates.

Chavez Cook responded that in part, the Corrections Department’s practice of only testing prisoners with fever or cough despite the knowledge of asymptomatic spread in prison facilities in other states amounted to a “willful blindness” to the number of inmates affected by the virus.

The decision was met with disappointment by the petitioners, who said the governor could still act despite the decision.

“The governor and the New Mexico Corrections Department have the power to conduct widespread testing in New Mexico prisons and to release people who pose no threat to public safety from prisons,” Lalita Moskowitz, an ACLU of New Mexico staff attorney, said in a written statement. “They should exercise that power now, rather than waiting until disaster strikes.”

Matt Garcia, who represented the governor, argued before the court the state has taken steps to reduce the threat of the virus in prisons — including authorizing the early release of certain inmates within 30 days of their scheduled release — but the petitioners remained “unsatisfied” with the measures.

The petitioners had asked for several categories of inmates to be released to reduce population density in New Mexico’s 11 prisons, including those serving time for technical parole violations, an estimated one third of the state’s 6,500 inmates. As of Monday, 33 inmates had been released.

The state Supreme Court’s ruling came a few hours after the Corrections Department confirmed three more state prison workers have tested positive for the coronavirus, bringing the total to four.

A nurse with Wexford Health, a medical care company that contracts with the state to provide inmate services, tested positive for the virus at the Guadalupe County Correctional Facility in Santa Rosa earlier this month. That prison is run by The Geo Group, another private prison operator.

The virus has been detected in three of the state’s 11 prisons.

Harrison did not say whether the three prison workers who recently tested positive were state employees or employees of prison management companies, and he did not specify what positions they hold.

Forty-one prison workers and 11 inmates have been tested for the virus, Harrison said, and all the inmate tests results have come back negative.

In a written statement, the New Mexico Criminal Defense Lawyers Association said by failing to test more inmates “the Department of Corrections has elected to place its head in the sand and ignore the obvious threat to staff and prisoners alike. This must change immediately.”

“We feel like we are responsible for people who are incarcerated,” Baur said. “I know the governor does, too. They are taking measures, but this is a public health emergency and we just need to move quickly.”

a month ago she was yelling about releasing them, no she says no release GET IT TOGETHER MLG

If someone can guarantee that those released are a negligible risk to society, sure, find a way to release to a responsible party on strict monitoring conditions. Otherwise, I think the rest of us have a say in this too. Some of these folks are not exactly in the hoosgow for littering or jaywalking.

Society reveals its ethos in the manner in which it treats its confined peoples.

There may be cause to argue that the state is liable for damage to the health of those whom are confined. Private, for-profit prisons are similar to for-profit schools, in that there is a motive to create a profit rather than care for human beings or educate.

Incarceration is cruel, expensive, and creates a criminal community and criminal mentality. However, worse than the criminal mentality is the mentality of those whom confine other human beings. It is unethical to imprison people. Violent criminals may serve time in a productive manner tending agriculture. That their time served create a yield, not just a punishment. Check your ethic.

The governor needs to think outside of the box on this issue. I wonder if there is a way to get at least some prisoners out of their cells and into some kind of confinement that is outdoors, or semi-outdoors at least, where there might be more space between prisoners, and more airflow to dilute the virus. I'm thinking of former Sheriff Joe Arpaio's tent-prisons, for instance. Or there is the example of the chain-link cages at Guantanamo. Obviously, these are not great examples of humane treatment, but if the alternative is a potentially deadly disease sweeping through the prisons, well these kinds of ideas deserve some serious consideration.