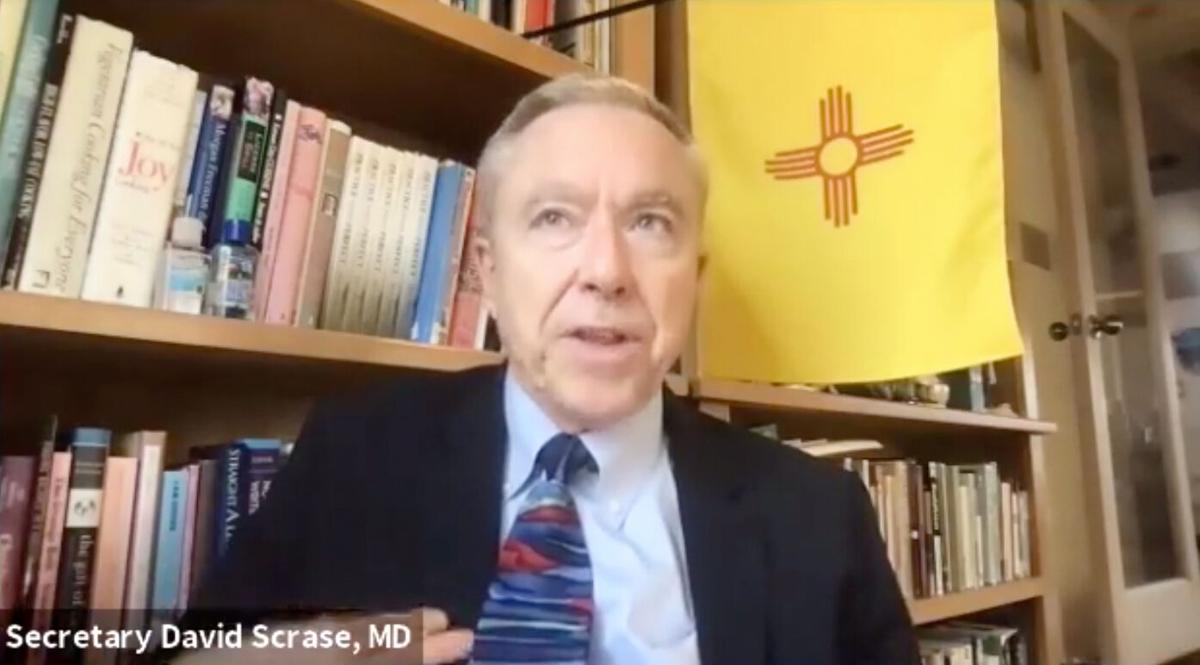 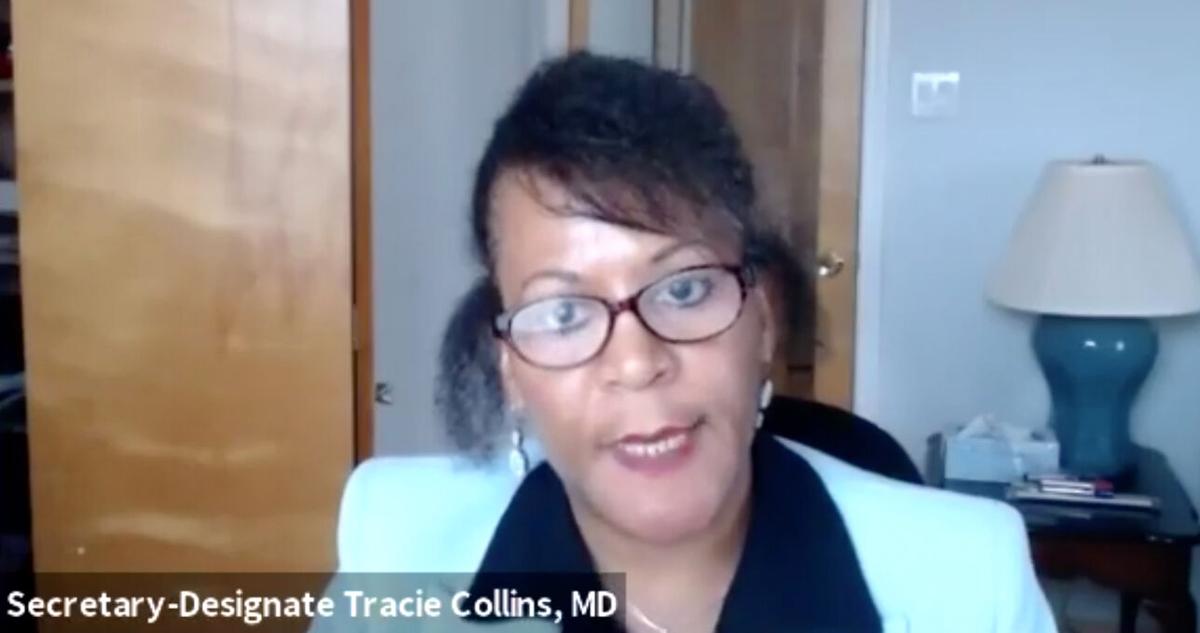 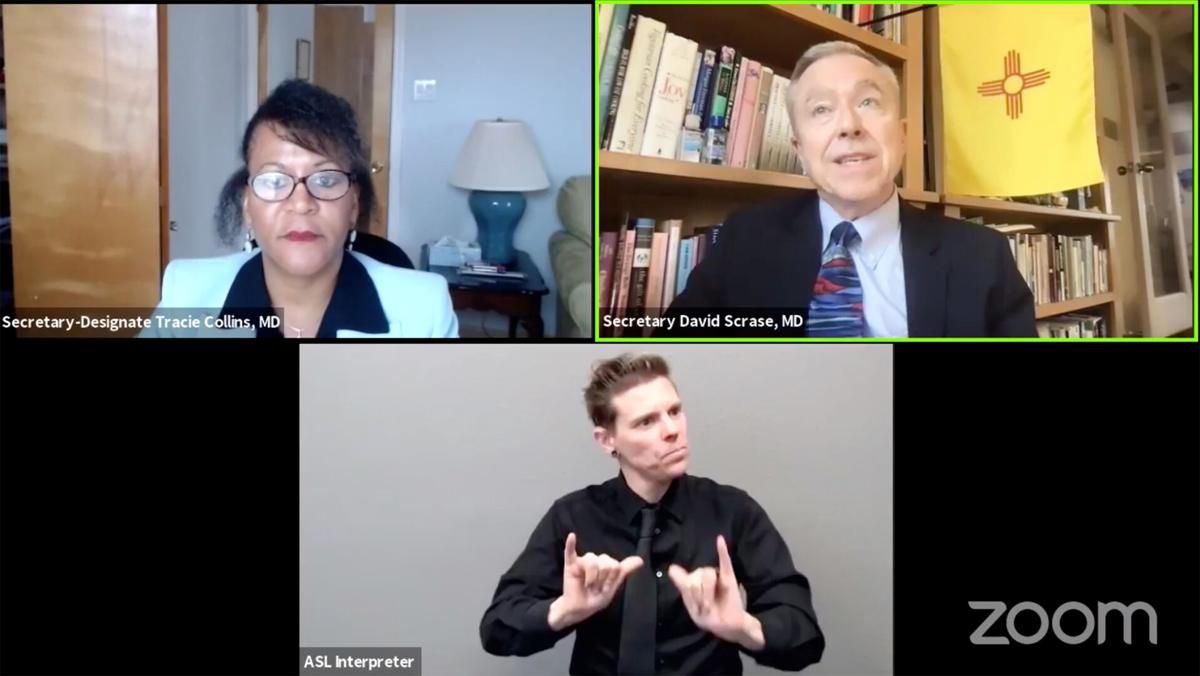 New Mexico’s coronavirus caseload is falling sharply as the state continues to roll out vaccinations, with the Department of Health expecting another large shipment of shots next week, health officials said Wednesday.

The state’s seven-day rolling average of new cases was 369 as of Feb. 11, above a target of 168 but far lower than at any point in the past four months.

“The good news is we’re seeing the steady downward trend in cases, which is what we want to see. And that’s happening really in every area of the state,” said Dr. David Scrase, New Mexico’s human services secretary, in a virtual news conference. “Some a little bit more downward trending than others, but we’re seeing good progress everywhere. We’re happy to see that, and that’s good news for New Mexico.”

The state has administered 450,299 doses of the two-shot vaccine, with 143,578 people receiving both shots.

The number of doses given each day has increased 22 percent compared to two weeks ago. On average, the state has administered 10,820 shots a day over the past week.

New Mexico has received 454,350 doses from the federal government and expects to receive an additional 72,510 shots next week — 4,600 more shots than it received last week.

More than 628,000 New Mexicans have registered to get their shots using a state website.

“We’re administering nearly all our doses every week. … We’ve had a doubling in the figures from two weeks ago regarding the second doses administered,” said Dr. Tracie Collins, the state’s health secretary-designate, who also took part in the conference call.

The state is hoping for a new vaccine to become available in early March, she said, which would help bolster supplies.

In the meantime, Collins cited a “supply-demand mismatch.”

“We’re still hoping to get more vaccine doses, but right now we got nearly 800,000 New Mexicans who are eligible [for the vaccine] based on our criteria,” she said.

The state is administering the vaccine to residents in the first two subgroups of Phase 1B — people 75 or older and residents 16 or older who are at risk of developing severe complications from the illness — and to everyone in Phase 1A, which includes hospital workers, medical first responders, and residents and employees of long-term care facilities.

Some people have complained about how the vaccine is being rolled out.

While 15.7 percent of New Mexicans 75 and older have gotten both shots, a larger share than any other age group, some older residents have complained it’s difficult to get vaccinated.

In Santa Fe County, 16.1 percent of residents have received the first dose and 8.6 percent have been fully vaccinated.

Of all New Mexico residents who have been fully vaccinated, 8.1 percent are white compared to 5.9 percent who identify as Hispanic or Latino.

“The discrepancies are things that we’re constantly tracking to improve upon, and it’s also part of our equity plan as we look at those communities that are most vulnerable,” Collins said.

“Now we’re going back to evaluate how we might have missed many [sites] around the state and to improve upon that to make sure we distribute vaccine to all sites equitably,” she added.

In an email, Department of Health spokesman Matt Bieber referenced the supply-and-demand challenge.

“We’re grateful that so many New Mexicans are eager to get vaccinated, and DOH is eager to vaccinate them — but we depend on the federal government for our supply,” he said.

“Any steps to ramp up our efforts would be tied directly to supply,” said Arturo Delgado, a spokesman for Christus St. Vincent, which is providing nearly 1,000 vaccine doses per week. “If and when our supply increases, we are prepared to increase the number of vaccinations we administer to our community to as much as 4,000 or more per week.”

Funny how Florida is doing so much better than New York, California, and New Mexico. I can't imagine what could make such a difference, can you?

Last week my 81-year old husband, who has cancer, was given an "appointment" by the NMDOH vaccine registration website, to go to Nambe Drugs in Los Alamos at 9:20 Sunday morning to get a first shot of the vaccine. When he got there, Nambe Drugs was closed. No one there. A person on the street told him to go to the Los Alamos High School because that's where the vaccines were being distributed. So he went there. Parking lot and parking within 4 blocks full. There were literally over a thousand people inside the school - all in some kind of "line." No distancing. Some not wearing masks. People cutting in line as they liked. No personnel to organize and insure safe protocols. What a mess. What incompetence on part of the NMDOH.

I'm still looking for some indication, based upon current trends, when the 1C group can begin to get vaccinated.

The headline to this story is misleading, that is, one might think the virus is subsiding due to the vaccines. Like any flu there is an effect known as herd immunity. This thing, whatever it is, has passed by and through the herd... moo... and thus numbers are decreasing. Be aware that the "covid" whatever it is, has NOT been identified. The CDC admits it does not possess a sample, a purified genome, thus, what exactly are they testing and what are they vaccinating against? These are five questions you should offer to friends seeking the vaxx.

This is factually incorrect anti-vaxxer propoganda. Do not believe it.

David, I'm sure ANYTHING you read that questions the vaccines is anti-vaccine propaganda, to you.

Well Tom, I find it a fools errand to attempt dialogue with a "True Believer".

I know several people in live in small rural areas in the state who have been fully vaccinated. Not a single one of them is over 75 and none have medical conditions. The DOH can say what they want about how great things are going but in the metro areas I don’t see it. I also don’t see the DOH holding to their own criteria or perfectly healthy 40 year olds in rural NM would not be vaccinated while 80 and 90 year olds in Santa Fe continue to wait. There is no rhyme or reason to our vaccination plan that I see. I get supply is limited which is all the more reason why the way our state is approaching this is all the more infuriating. We might as well accept that the vast majority of us living in SF will be waiting until summer to be vaccinated regardless of age or medical condition. In the meantime variants continue to be found and spread. Sunny pronouncements from the DOH isn’t cutting it anymore.

Well said, my experience as well, no rhyme or reason to what is going on and no information at all about what the plan is and how this is being executed. Now they tell us when 60% of this arbitrary, vague, and secret group 1B gets vaccinated, they will move to the next group. They never said anything like that before, what else are they withholding from the people? This is just some secret process they do not want the people to understand.

Yes, shots and doses. Glad they didn't call it vaccine because it is not a vaccine. Wonder how the human trials are going to pan out in a year or so?

This is factually incorrect. It is a vaccine and it is well although rapidly tested.

"So beginning next week, we'll receive those additional doses" I'm 80 years old, and have been hearing this vague prediction about "next week" without numbers of doses or a schedule. I have contacted the governor's office, and she seems to be in the dark about what they might receive and from whom. She is certainly doing her best, no doubt about that, but she is not a party to these supply chains. The governor's office informed me just yesterday, February 16, that she is now aware that there are two virus supply chains, the new chain going directly under control of the CDC to a network of commercial pharmacies, and the governor has no control or responsibility for this chain and doesn't know who's getting what and when. Will someone please help make sense of all of this?

While it certainly unfortunate that you have not received either shot at 8, which is that I believe you are saying, the article does clearly state the number of doses being received: "...expects to receive an additional 72,510 shots next week — 4,600 more shots than it received last week." That would mean there were approx. 68,000 last week.

If a study found New Mexico’s weather to be sunnier than other states, you’d find a reason to complain and probably blame the Governor. You’re a funny fellow.

Yes, just like a snail moves, it eventually get there....