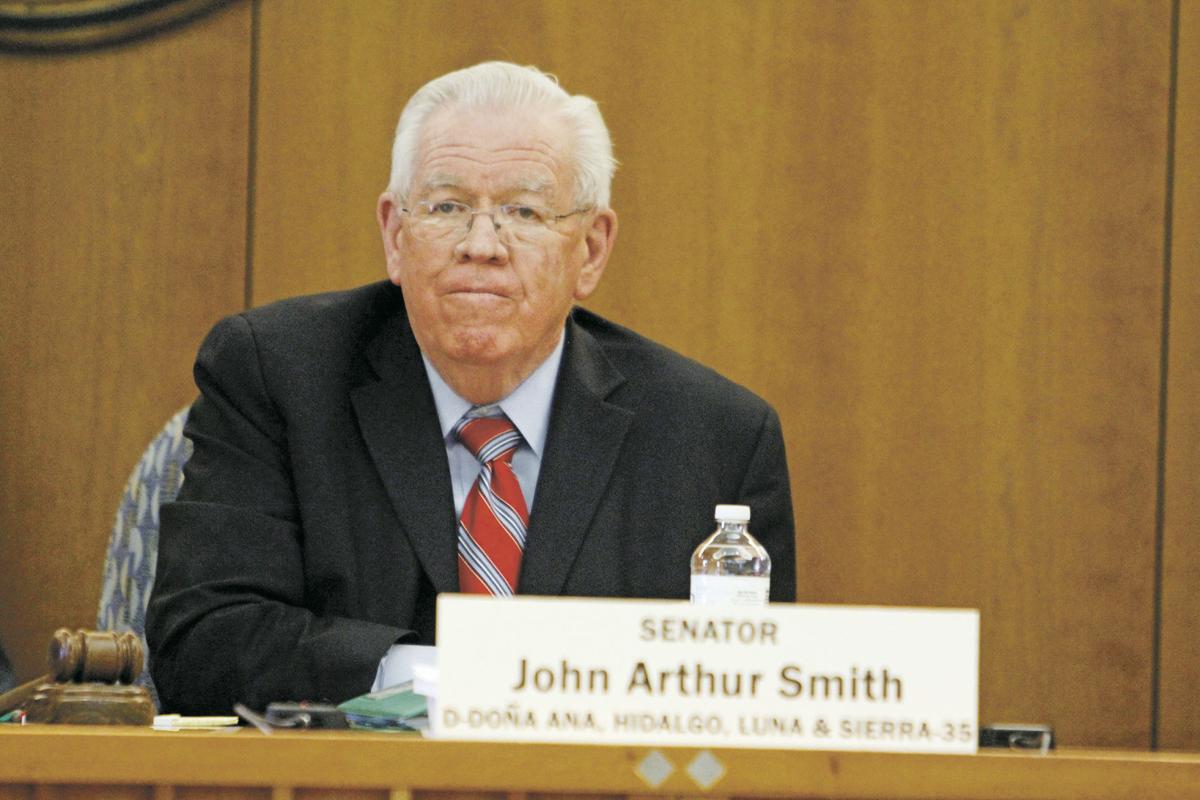 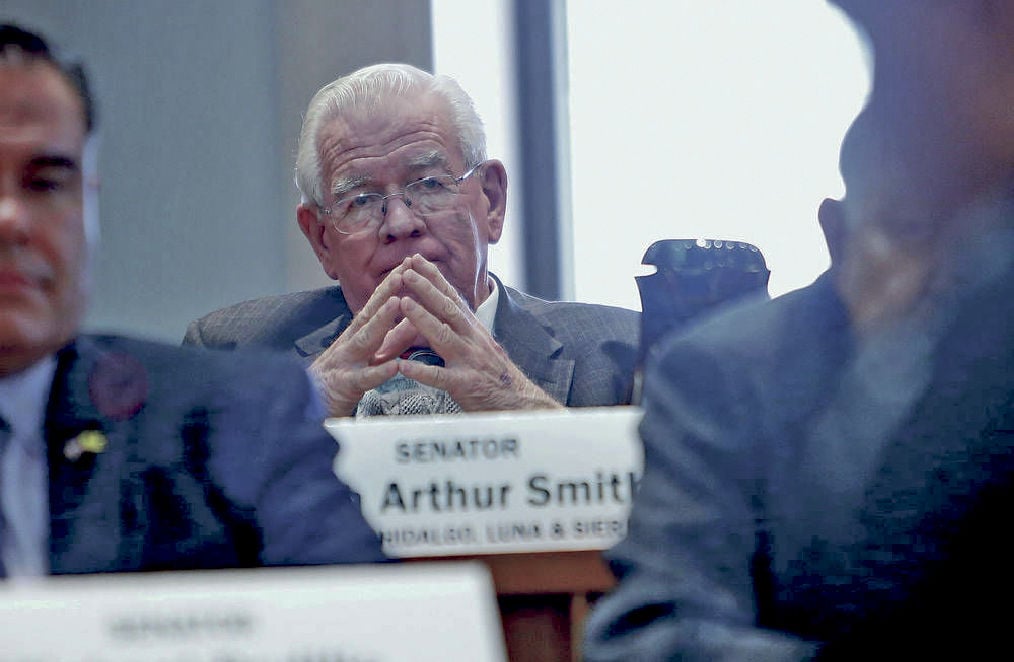 A key New Mexico lawmaker on budgetary matters said state revenue could fall short of projections by $1.5 billion to $2 billion amid the COVID-19 pandemic and low oil prices — a bigger hole than legislators anticipated just two weeks ago.

Sen. John Arthur Smith, the influential chairman of the Senate Finance Committee, gave that range Monday as the potential hit to state revenue for next fiscal year, noting oil prices have continued to fall and the outlook for tax revenue worsens. He had previously suggested the revenue hole would be around $1 billion.

“The magnitude of our problem appears to be quite a bit larger than the $1 billion I alluded to a couple weeks ago,” said Smith, D-Deming.

Gov. Michelle Lujan Grisham and top lawmakers said earlier this month a special legislative session likely would be necessary this year to shore up the budget amid the pandemic. At the time, the governor and Democratic leaders in the Legislature said they needed more clarity on revenue estimates and a federal stimulus package before they could prepare for such a session.

However, there still doesn’t appear to be much clarity on how federal assistance could help New Mexico’s budget, even after Congress passed a

State and federal lawmakers said Monday the money states will receive from the massive stimulus bill can only be used for the COVID-19 public health emergency and not to shore up state budgets.

“There was some limited assistance to the state for COVID-related matters only,” said House Speaker Brian Egolf, D-Santa Fe. “The expectation is that there will be further legislation to deal directly with the budget crises that are facing literally every state in the country.”

David Abbey, director of the Legislative Finance Committee, said he hoped a potential new federal package related to the novel coronavirus might loosen the rules to allow states to use stimulus money to cover lost revenue.

“We are worried about maintaining spending for Medicaid and schools in HB 2,” Abbey said, referring to the main budget bill signed into law earlier this month.

He said given the current trajectory of oil prices and the virtual shutdown of many sectors of the economy, there may not even be enough money in the state’s giant Tax Stabilization Reserve to cover the lost revenue. That fund, which could be tapped in a special session, was holding $1.1 billion as of January.

“If the revenue outlook worsens substantially, there might not be enough in there,” Abbey said.

“The economy has shut down harder, oil prices are lower and the risk of losing production is greater than we thought 10 days ago,” he added.

The office of Sen. Tom Udall, D-N.M., said Monday the senator pushed for additional funding to help states with their budgets, but negotiations among federal lawmakers resulted in the bill restricting assistance to expenses related to the COVID-19 crisis.

That funding, which includes around $1.25 billion for New Mexico response efforts, is still a huge help to New Mexico’s COVID-19 fight because without it, the state “would be forced to make up these costs elsewhere in its budget,” Udall spokeswoman Annie Orloff said.

The bill doesn’t include any specific requirements regarding how the state must spend its allocation on coronavirus-related efforts, but the Treasury Department is expected to issue further guidance, Orloff said.

Olivia Padilla-Jackson, secretary of the Department of Finance and Administration, said Monday a special session would need to be timed to when “markets have settled” and state economists have “enough information to build a solid revenue estimate.”

“The administration plans to pursue a balanced approach, looking at using reserves to some degree and slowing spending,” Padilla-Jackson said. “We’re hopeful that we’ll be able to use some of the federal stimulus dollars for the revenue shortfall, but are still waiting for further guidance from the Treasury.”

Egolf said he hoped a future federal stimulus bill might include measures similar to those seen during the Great Recession more than a decade ago. During that crisis, for example, the federal government increased its reimbursement rate for Medicaid so the state didn’t have to allocate as much money, he said.

The New Mexico House speaker cited dire economic projections, such as a study released last week by the Federal Reserve Bank of St. Louis projecting the U.S. unemployment rate could reach 32 percent due to the pandemic. “There’s no way for any state to survive the revenue reductions that come from that,” Egolf said. “There will have to be federal assistance to every state in this country.”

Egolf’s projection for how much revenue the state might lose was not quite as severe as Smith’s — he estimated a range between $500 million and $1.5 billion. Still, he said it was difficult to have a better idea of the decline before state economists release official revenue estimates. “I don’t think anyone knows what the number is going to be,” he said.

New Mexico is likely to be particularly hard hit because of its heavy reliance on oil and gas revenue. West Texas Intermediate crude, used as a benchmark in oil pricing, hovered below $21 per barrel late Monday, well under half the level it was at just one month ago and one-third of its $63 high in January.

Smith and Abbey said they were concerned oil producers in the Permian Basin might begin to “shut in” oil wells if an oversupply of crude drives pipelines to run out of storage capacity.

Bloomberg News reported Saturday that pipeline operator Plains All American Pipeline asked its suppliers to reduce their production last week. And a member of the Texas Railroad Commission, which regulates that state’s oil industry, said on Twitter that pipeline companies were asking for production cuts because they were out of storage. “Our loss on the production side could be extremely sharp,” Smith said. “The shortage is full for oil. That means our pipelines don’t have any place to ship it. If you can’t put it in the pipelines, you can’t produce it.”

The New Mexico Oil and Gas Association said Monday it wasn’t aware of any companies in the state that had decided to shut in wells, which means to close off a well so it stops producing. However, he said his association expected a drop in output because of the steep drop in prices. “A decline in production at this point, given the market conditions, is almost guaranteed,” spokesman Robert McEntyre said. “It’s likely we’ll see some producers choose to idle their wells.”

Smith said the state’s lost tax revenue could be larger than originally anticipated, given the governor’s order to close nonessential businesses in an effort to slow the spread of the virus. “We’re starting to get info on the hits on gross receipt taxes,” Smith said, adding they were “much larger than what I had anticipated.”

Surprised its only $B. Businesses closed, Tourism dormant, Oil down, covid treatment cost ... sure its just $2B?

New Mexico, with 320 days of sunshine a year and more wind than some of us can handle most days, is nowhere close to being in the top 10 states for renewable production. Massachusetts produces more solar energy. Mr. Arthur and his colleagues have been presented many times with the fact that oil is inherently volatile and not a viable long-term or forward thinking revenue strategy for the state. And yet, here we are.

Meanwhile, the Looney Left is targeting Sen. Smith, one of the most fiscally prudent legislators we have, and other moderate Dems.

While she will blame this on COVID-19, the true cause is the steep drop in crude oil prices. Well before someone ate a bat in Wuhan, she was warned of the dangers of relying on highly volatile energy prices for tax revenue,

and to put some of that surplus into a “rainy day fund”.

She instead chose to spend OUR MONEY like a drunken sailor on shore leave while increasing taxes and fees.

BUT ON THE OTHER SIDE, WE DO HAVE A RED FLAG GUN LAW

Seems the golden goose of the energy industry for tax revenues in New Mexico may have been killed by the collapse in oil prices. From past statements of the party in power, I though that was what they wanted....

May see a loosening of "stay at home" orders with this type of news.