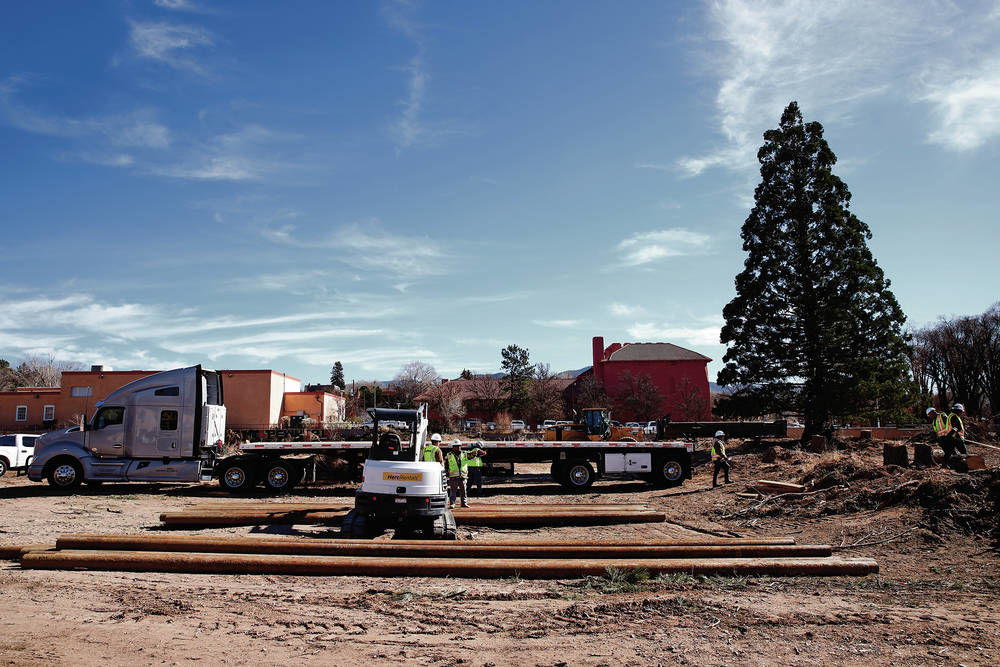 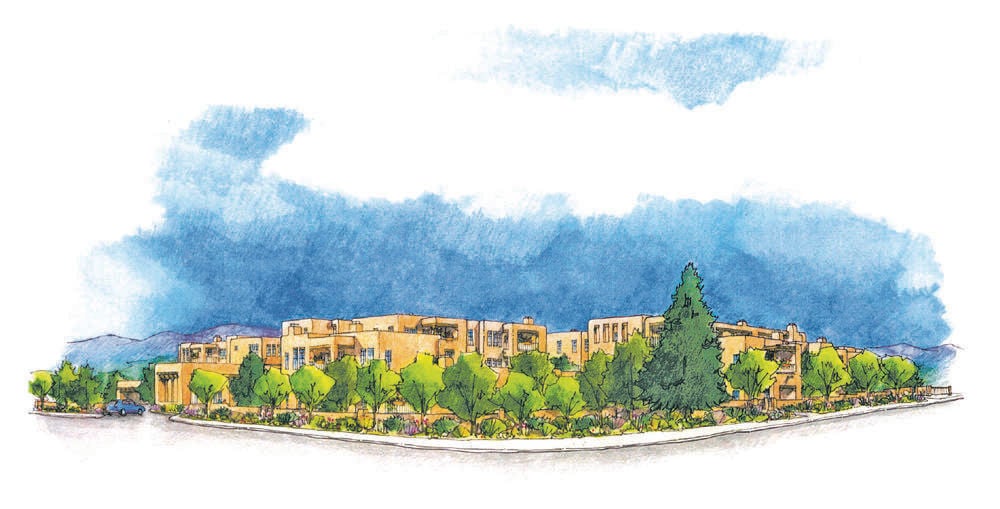 With a 70-foot sequoia on the move at Paseo de Peralta and Old Taos Highway, construction is starting on the 68-unit La Secoya de El Castillo independent living retirement community.

The first step for La Secoya will be digging a 17-foot-deep hole to build a one-level, 142-space underground garage. This will displace 38,000 cubic yards of soil from a 250-by-240-foot patch, said Colleen Gavin, a principal at Santa Fe development management firm JenkinsGavin, which is representing the project.

General contractor Klinger Constructors of Albuquerque will use half the soil as backfill for other projects, and the other half will be available for those who need backfill, Gavin said.

La Secoya is a project that has been in the works for some three years by El Castillo Retirement Residences, a downtown Santa Fe assisted living community since 1971. El Castillo purchased the 2.52-acre property from the Presbyterian Church in March 2017.

The city on Nov. 14 approved moving the 70-foot sequoia that stood at a southern section of the proposed garage. Environment Design Inc. of Dallas, better known as Tree Mover, started tree work Nov. 18 that will move the sequoia to another part of the La Secoya property close to Paseo de Peralta.

El Castillo offers independent living, assisted living, nursing care and memory care, but the La Secoya expansion will be entirely senior independent living with one- and two-bedroom units with different levels of amenities.

The garage will take a year to build. The excavation itself is expected to take about six months, Gavin said.

The three-story structure will cover the footprint of the garage and beyond.

“We probably will not be seeing any vertical construction on the building until a year from now,” Gavin said.

The architect is Three Living Architecture of Dallas, which was renamed itself simply as three. The firm has design three dozen independent living/assisted living facilities, mostly in Texas with a few across southern states and one each in Arizona, Nevada and Hawaii along with a 2013 expansion at El Castillo.

The construction budget is $40 million, but the entire project is estimated at $75 million, which includes property acquisition, planning, designing, permitting and interior improvements and furnishings.

The City Council in September approved issuing up to $80 million in tax-exempt industrial revenue bonds to finance the project.