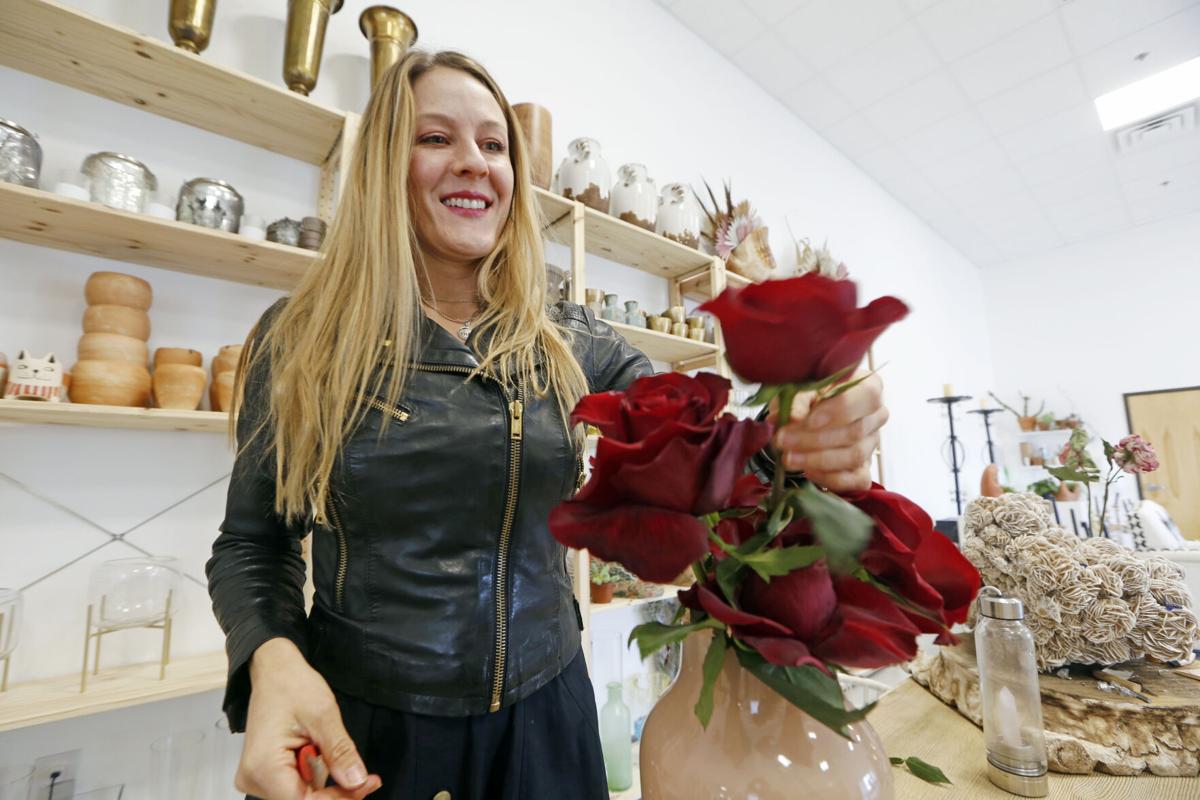 Melissa Paquin, owner of Renegade Floral, arranges a bouquet of roses at her shop Monday. ‘If people want something a little more high-end and artistic, they call me,’ Paquin said. 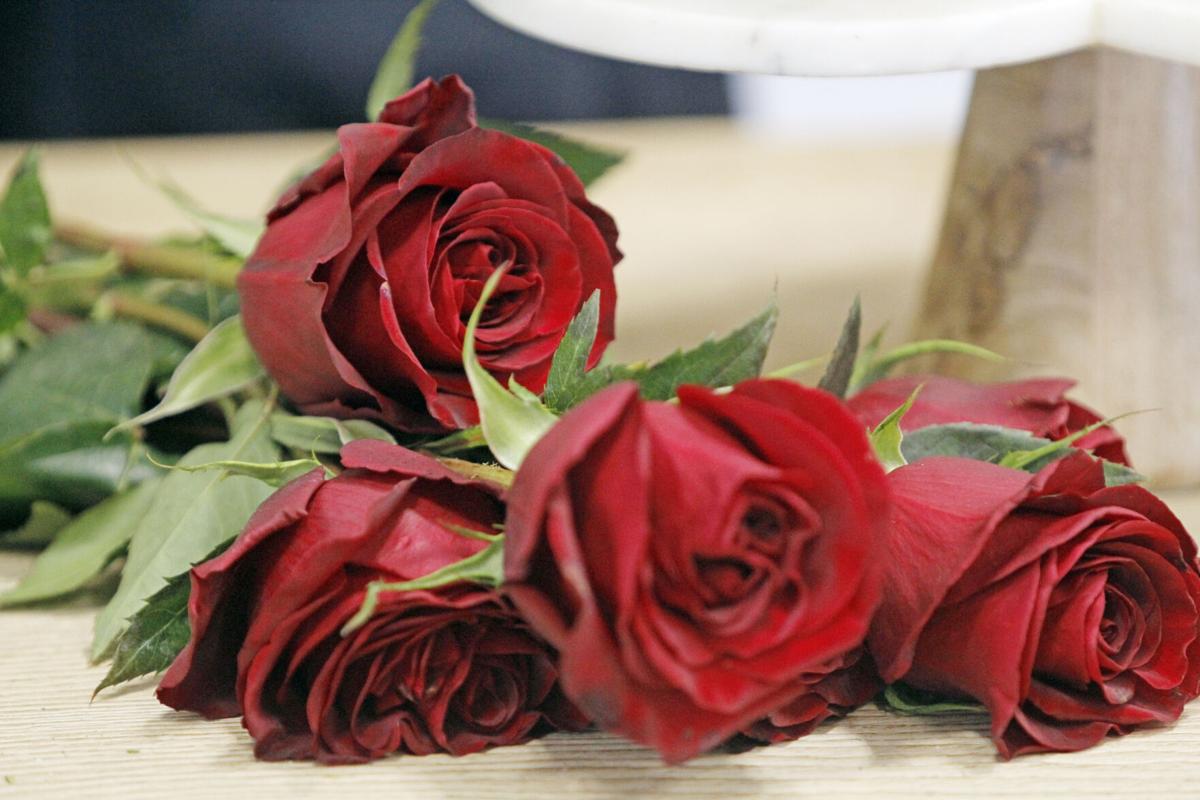 Melissa Paquin, owner of Renegade Floral, arranges a bouquet of roses at her shop Monday. ‘If people want something a little more high-end and artistic, they call me,’ Paquin said.

Valentine’s Day is rocking and rolling for local flower shops, with customer appetite not dimmed by the coronavirus.

“It is actually busier than ever,” said Devan Barron, owner of Pacific Floral Design on San Francisco Street, which has a $100 minimum order for Valentine’s Day. “People are sending more flowers because they can’t see each other.”

The same dynamic is in play for Amanda Schutz, owner of All the Pretty Flowers on Camino Alire.

“Past Valentine’s Days were nuts,” Schutz said. “It’s nonstop. The week before Valentine’s Day is just craziness. Christmas was highly busy for me. I’m expecting that this year for Valentine’s Day. I see an increase of 30 to 40 percent.”

“I turned so many orders away last year,” Schutz said. “I’m going to try to not do that this year.”

“I think the fact that people can’t gather and travel,” Schutz said of the reasons behind increased flower sales. “Flowers are a nice way to brighten someone’s day.”

Melissa Paquin over the years pretty much avoided Valentine’s Day with her Renegade Floral, which was home-based for six years until she opened a retail studio last year on Siler Road. Paquin’s focus has been weddings, events and home floral subscriptions.

This year, Paquin is embracing Valentine’s Day “because I had my entire year canceled,” she said.

“If people want something a little more high-end and artistic, they call me,” said Paquin, who has a minimum $75 Valentine’s Day order.

Barton’s Flowers on St. Michael’s Drive has COVID-19 front and center in its Valentine’s Day strategy.

“I bought 40 percent fewer flowers,” said Stephen Jones, who six years ago bought the business founded in 1962 and, as the fourth owner, calls it “Barton 4.0.” “Our business is way up since the pandemic in general. We’re treating this different.”

Last year, Jones had five Barton drivers for Valentine’s Day, but social distancing prompted him to have only two drivers this year. Still, the Valentine’s Day orders were flooding in last week.

“Typically, people don’t order until the Super Bowl,” Jones said Friday. “Half of what we have sold out already.”

He said a lot of his orders are coming from California for people working movie productions in Santa Fe. Barton has a $50 minimum for Valentine’s Day orders.

“What’s the right word to use?” she said. “We have felt it. We had no idea how much to order, how many roses to have. It feels different because [Valentine’s Day] is on a Sunday. In the past, the majority [of our flowers] have gone to young women working in offices.”

Amanda’s Flowers is operating like a restaurant — pick up and delivery only; the shop doors are locked.

“My people have chosen not to be open,” said Rose, who has a $70 minimum order. “What the pandemic has done for us for the last nine months, we have fewer staff but we’re still doing plenty of business.”

The signature Valentine’s Day arrangements at Amanda’s include tropical flowers, a mixed arrangement with roses and carnations, and “a fun one in an oversized martini glass with roses, carnations and grasses,” Rose said.

Fred Palmer is a one-man show this year at his Artichokes & Pomegranates flower shop on Cerrillos Road after having two employees before the pandemic.

“The difference this year is I’m here by myself,” said Palmer, 77. “I have two people helping me deliver.”

Last year, his shop did 75 to 100 Valentine’s Day bouquets, but solo he likely will limit that to 45 to 50 with a $100 minimum order. He had eight orders as of Friday, unlike his usual 20 orders nine days out.

“I have no idea if I will be able to make it or not, to bring in enough money to keep the doors open,” Palmer said.

Palmer is prodding customers to try declaring their love with a garden bouquet with mixed colors.

“I try to get them away from just red roses,” Palmer said. “I hear so many women say, ‘Not red roses again.’ ”