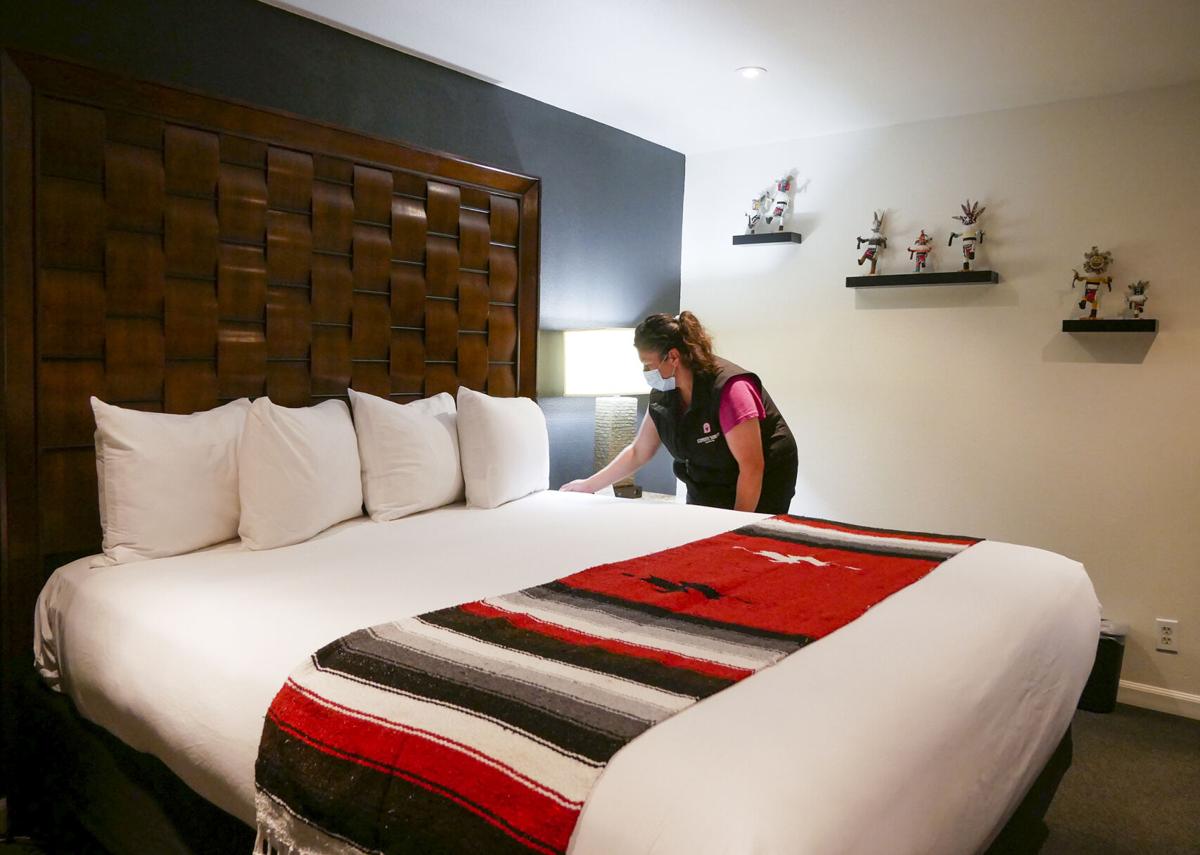 Rosie Olivares straightens a bed Thursday at Coyote South in southwest Santa Fe. Redwood City, Calif.-based Concept Hotel Group bought the Super 8 property at 3358 Cerrillos Road in early December, shut it down and remodeled the property into the boutique hotel. 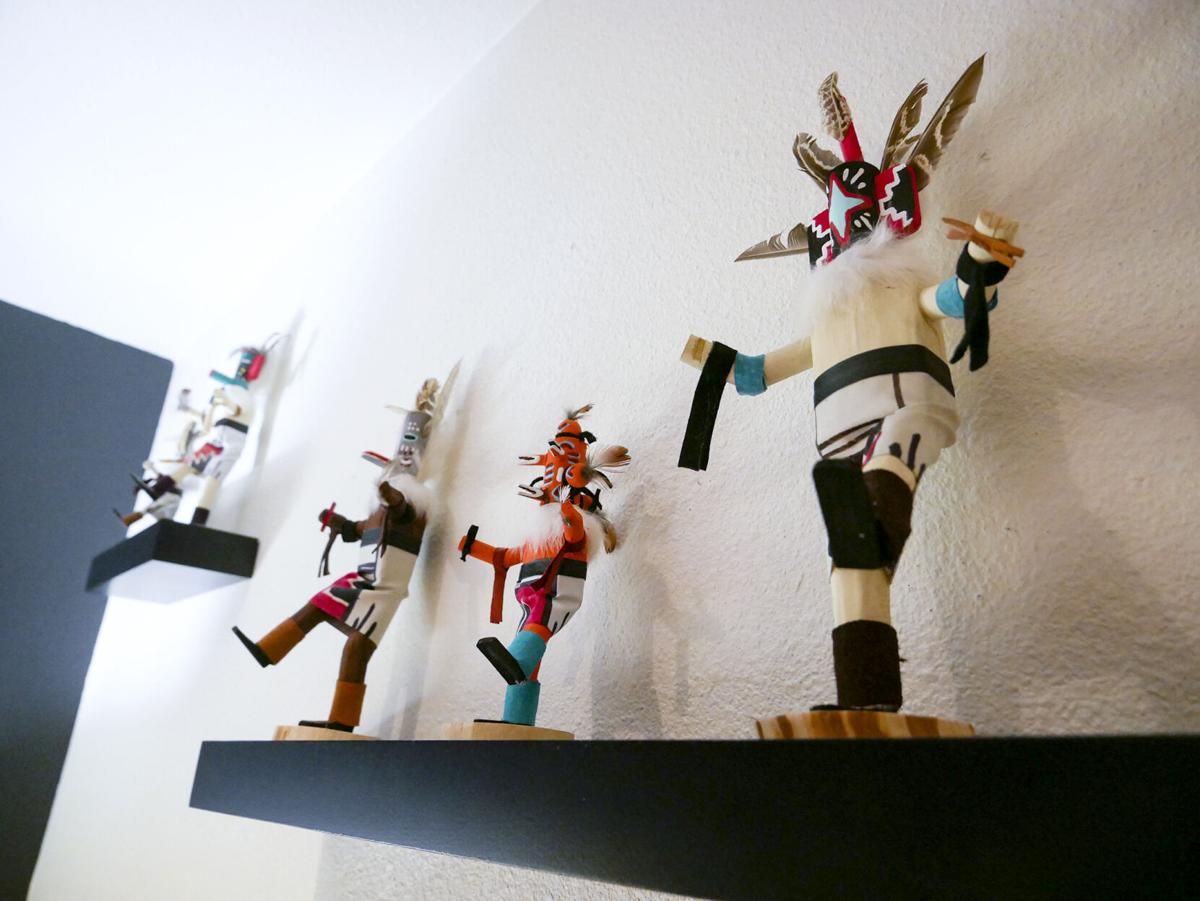 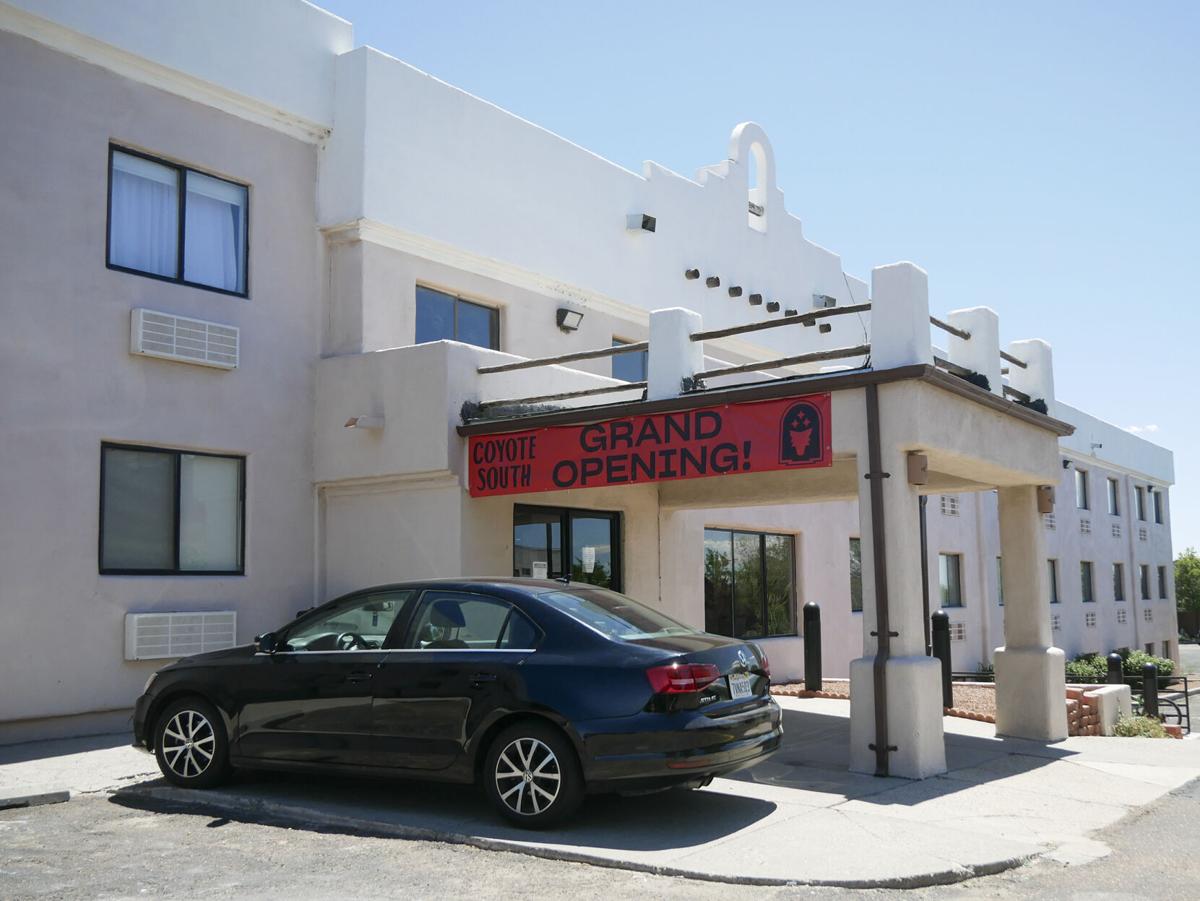 Coyote South, from the owners of the Sage Inn, opened earlier this year on Cerrillos Road. 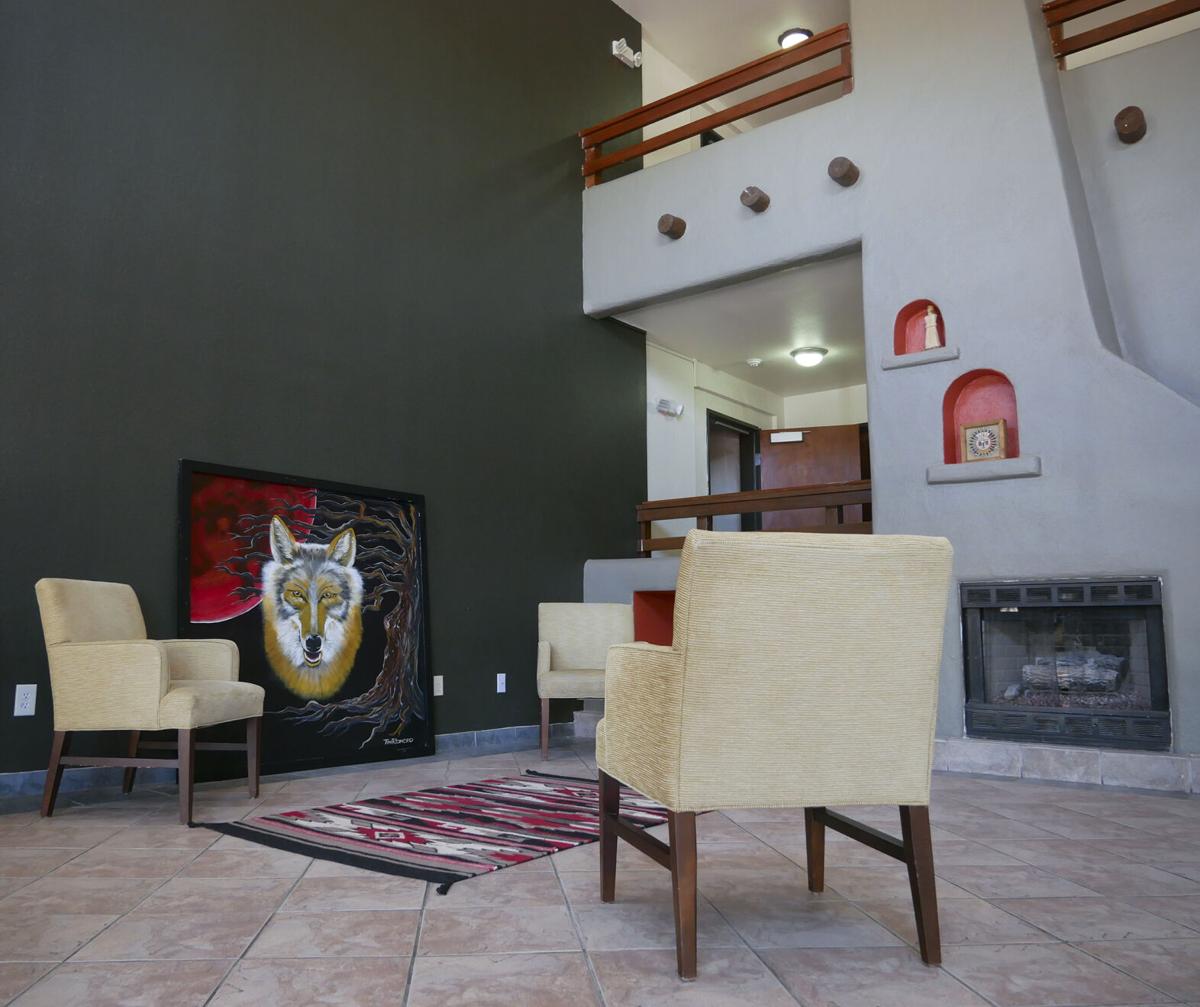 The lobby of Coyote South on Cerrillos Road. 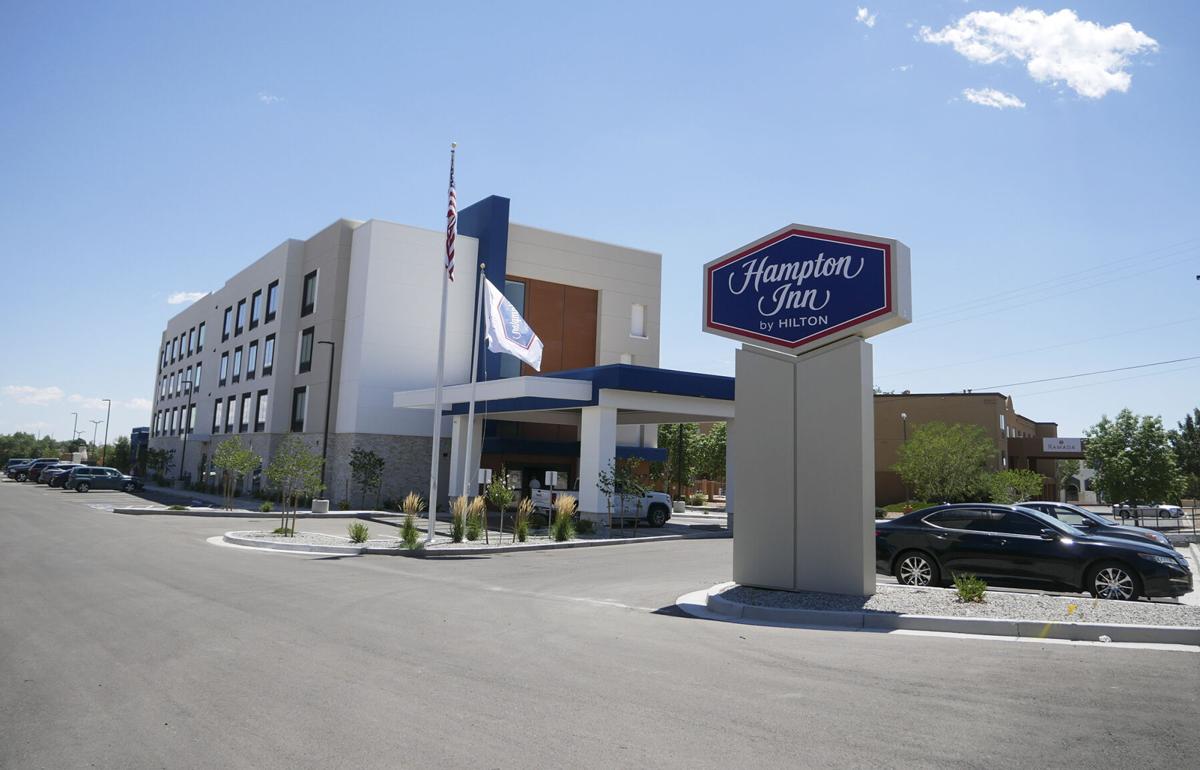 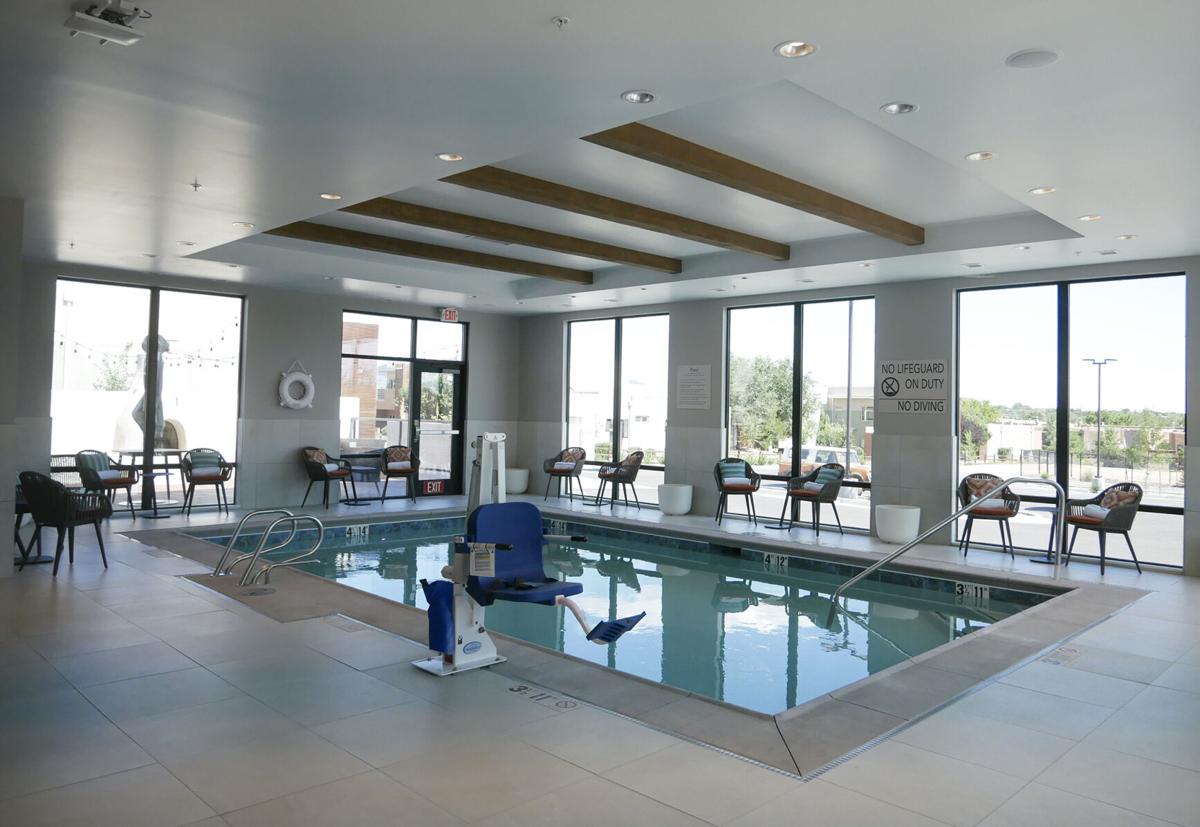 The pool at Hampton Inn Santa Fe South. It is currently closed due to COVID-19 guidelines. 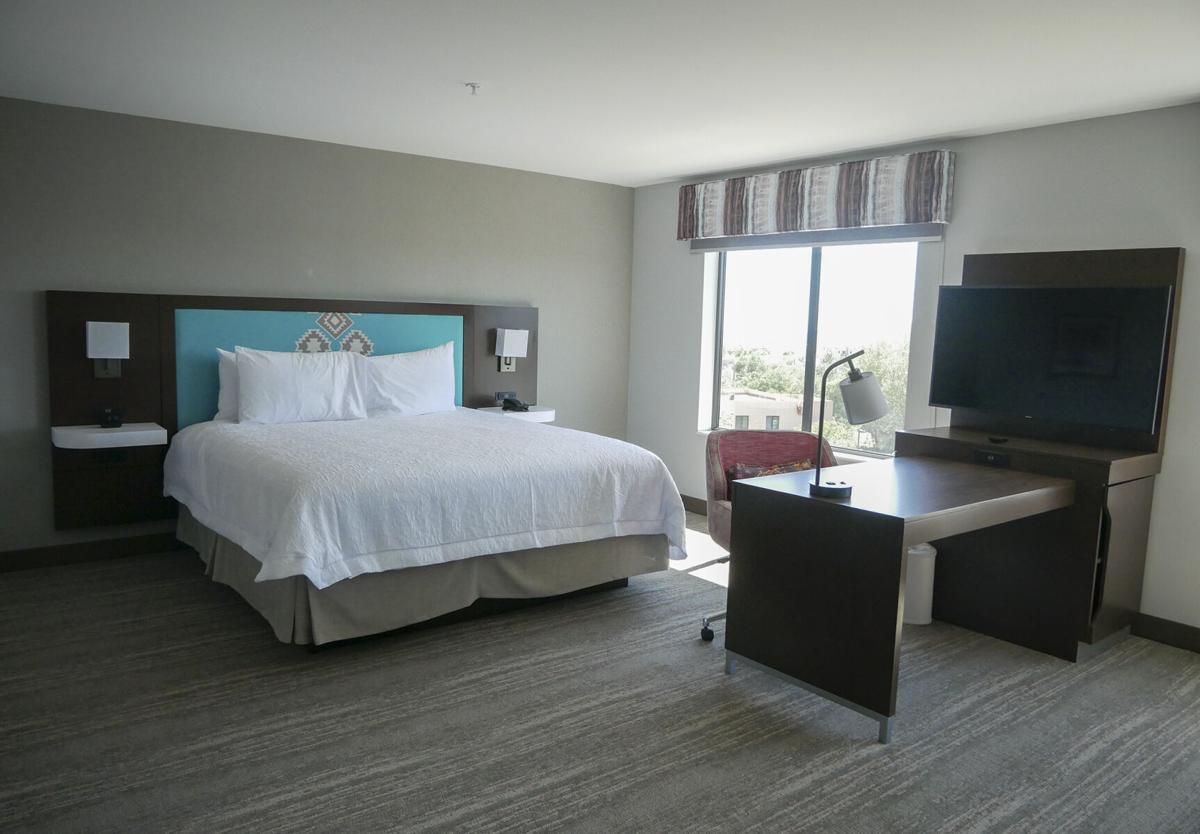 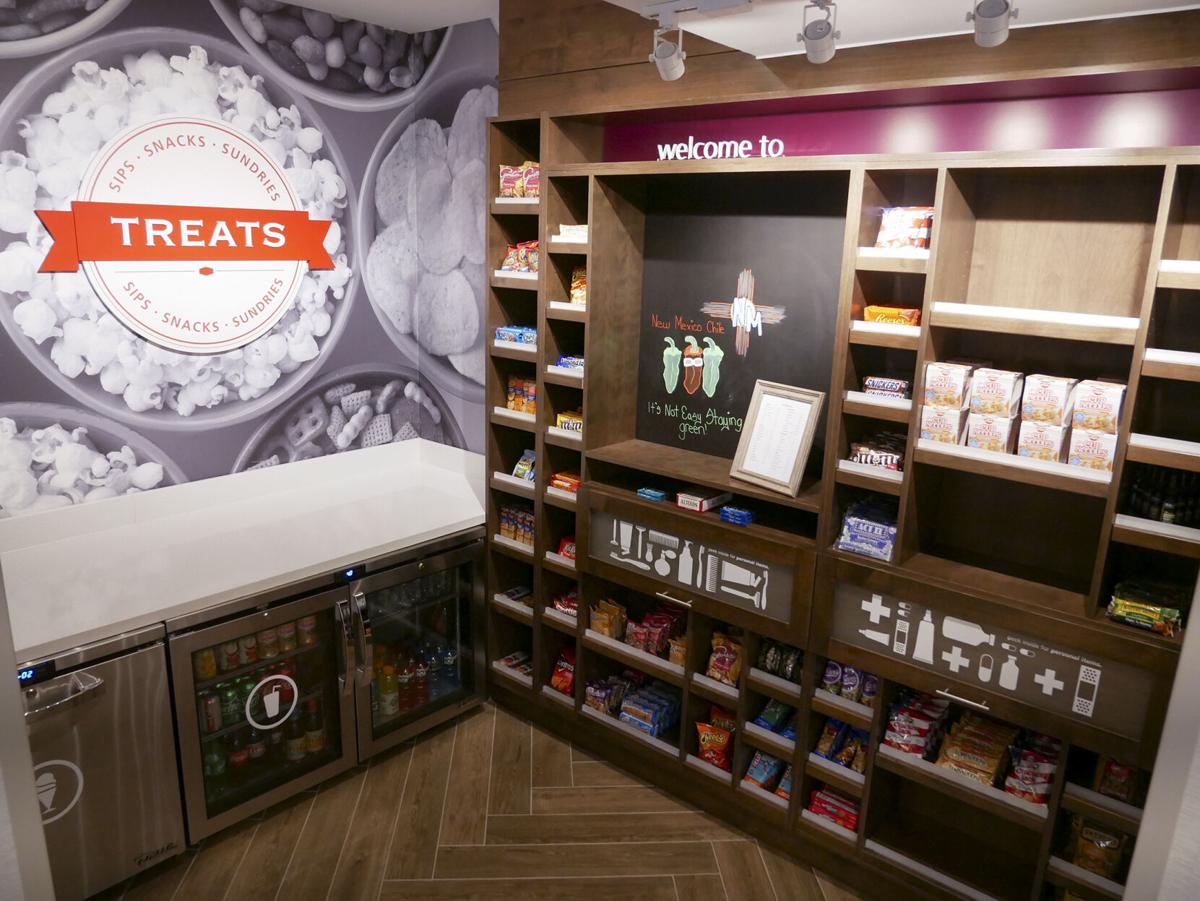 A small snack bar near the lobby of Hampton Inn Santa Fe South.

Rosie Olivares straightens a bed Thursday at Coyote South in southwest Santa Fe. Redwood City, Calif.-based Concept Hotel Group bought the Super 8 property at 3358 Cerrillos Road in early December, shut it down and remodeled the property into the boutique hotel.

Coyote South, from the owners of the Sage Inn, opened earlier this year on Cerrillos Road.

The lobby of Coyote South on Cerrillos Road.

The pool at Hampton Inn Santa Fe South. It is currently closed due to COVID-19 guidelines.

A small snack bar near the lobby of Hampton Inn Santa Fe South.

Two newly opened hotels on the same block of Cerrillos Road appeared primed to ride the resurgent wave of tourism that swept into Santa Fe in June.

Coyote South and Hampton Inn Santa Fe South both opened the year targeting a mid-March opening. Tourism froze during the second half of March, April and the first half of May. The hoteliers held off.

Tourists started to return the week before Memorial Day. Coyote South set a June 17 opening and the Hampton Inn a July 1 opening, but, a month later, Gov. Michelle Lujan Grisham imposed a 14-day quarantine on those coming into the state, effective July 1.

Coyote South and Hampton Inn both opened, the former at least getting a few weeks of booming June business. Some hotels on some days hit the maximum 50 percent allowed room occupancy, and all Cerrillos Road hotels combined had a 36.3 percent occupancy for June, a high-water mark after April nights hovering around 5 percent of rooms filled, according to the Rocky Mountain Lodging Report.

The 14-day quarantine has by no means scared off all tourists, but hotel occupancy likely dropped to 20 percent to 25 percent in July, estimates Jeff Mahan, executive director of the Santa Fe Lodgers Association.

“It’s tough,” said Trushar Bhakta, managing partner at Irving, Texas-based Icon Lodging, which developed the Hampton Inn and owns and operates it through a subsidiary. “We had to make a decision, do we open or not? We had to open. We have investors to report to. It’s tough. It’s going to take some time.”

Redwood City, Calif.-based Concept Hotel Group bought the Super 8 property at 3358 Cerrillos Road in early December, shut it down and remodeled the property into the boutique hotel Coyote South. It targets “value-conscious” travelers who want quirky quarters at reasonable prices (now $60 to $65 per night; normal rates would be $100 to $150).

“I think the hardest part of the pandemic is the uncertainty on two fronts,” said Bimal Patel, CEO or, as he prefers, “head of household,” at Concept Hotel Group, which also owns the Sage Inn in Santa Fe and six boutique hotels in the San Francisco Bay Area. “There is the week-to-week uncertainty with the governor’s changes. You are trying to do the best you can with what you have. I think the big thing for us is I don’t want to go through the process of hiring people, laying off people and hiring people back again.”

The Patel family has been in the hotel business in the Bay Area since 1974 and opened and closed numerous hotels over the decades. Bimal Patel came on board in 2004 and since then opened seven boutique hotels to add to the holdover original Menlo Park Inn that opened in 1974. Their other hotels are in San Francisco, Mountain View, San Carlos and Daly City.

In 2011, Concept Hotel Group built a corporate infrastructure to enable the company to manage hotels remotely. This resulted in acquiring the Sage Inn in 2017. Why Santa Fe for the first hotel beyond the Bay Area venture?

“We were looking for a destination market where value-conscious travelers would choose a boutique hotel,” Patel said. “There are not really that many markets for that.”

He said in the 1980s, his father and his father’s uncle owned property in Santa Rosa, N.M., and were aware of Santa Fe’s charms.

Because of the coronavirus, only 36 of the 89 rooms at Coyote South were fully renovated and opened for guests. Another 17 could open quickly if tourism numbers climb, Patel said.

“Everything right now is on pause,” Patel said. “Our notion is to continue this process in fall and winter. The exterior will follow in 2021.”

The Sage Inn before the coronavirus had 70 percent year-round room occupancy, considered a solid occupancy rate in the industry. Patel knows a broker in Oklahoma who knew the Super 8 owner in Santa Fe.

Concept planted a boutique hotel in a part of town dominated by national chains. The location just east of Richards Avenue meets the criteria to produce an overnight experience that is “a little eccentric, a little different.”

“We look at ourselves as Trader Joe’s to Whole Foods,” Patel said.

“It would be a more affordable boutique hotel than downtown,” Randall said. “There are a lot of benefits people find staying on Cerrillos.”

Each of the eight Concept Hotel properties has a different “concept.”

“The reason we call ourselves ‘Concept’ is we come up with a concept that fits the market,” Patel said. “We want a homegrown Santa Fe experience, something that feels authentic,” Patel said. “The hallways ultimately will have large-scale art to feel like an art gallery.”

Patel is contemplating adding a second base in Santa Fe to oversee potential expansion in New Mexico and neighboring states.

“We are definitely looking for a third opportunity potential in Santa Fe,” Patel said. “We went pretty far in Taos for an investment but didn’t get it.”

The Coyote South and Hampton Inn teams come from opposite ends. Concept Hotel Group acquired existing properties for its eight hotels, while Icon Lodging builds from the ground up. Concept is independent, while Icon’s 14 hotels all carry national flags, mostly Hilton, Marriott and Wyndham brands.

Icon started the Cerrillos Road project in 2014, knowing the existing Hampton Inn franchise at the time would end. The Hampton Inn a few blocks south on Cerrillos closed in 2016 and is now a Fairfield Inn & Suites.

Icon’s hotels are all in Texas, except one in Arkansas and this one in Santa Fe.

“We want to grow in New Mexico,” Bhakta said. “It was a no-brainer for us. Obviously, we wanted to be on the Plaza. We realized the Plaza was not reasonable. We’re right in the middle between the freeway and the Plaza.”

The Hampton Inn was designed for corporate travelers, but the coronavirus chatter is business travel may remain drastically reduced even as a post-COVID-19 new normal takes hold.

“It’s a scary thought, but I think business travelers will come back,” Bhakta said. “There is only so much you can do on a Zoom call. There’s still a lot of traveling nurses and doctors, new business and locals.”