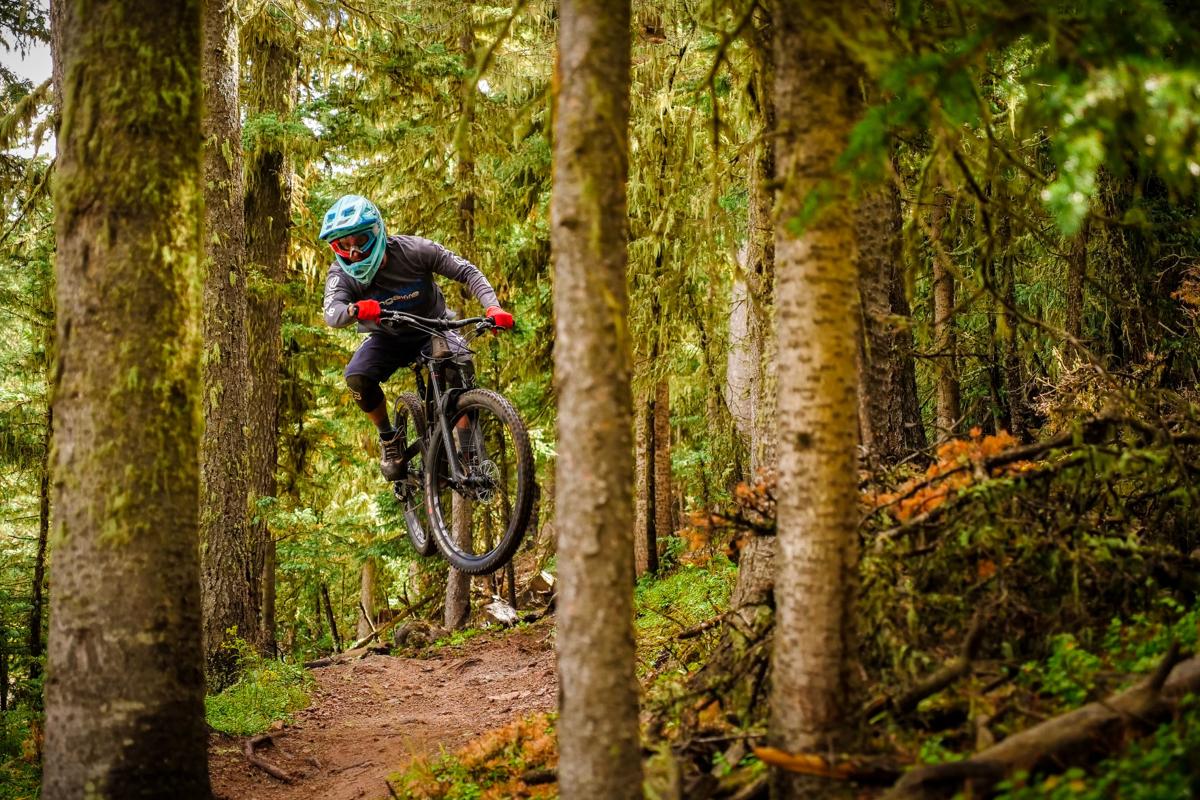 Angel Fire Resort has one of the best mountain bike parks in the country, according to the MTBparks Riders’ Choice Awards. 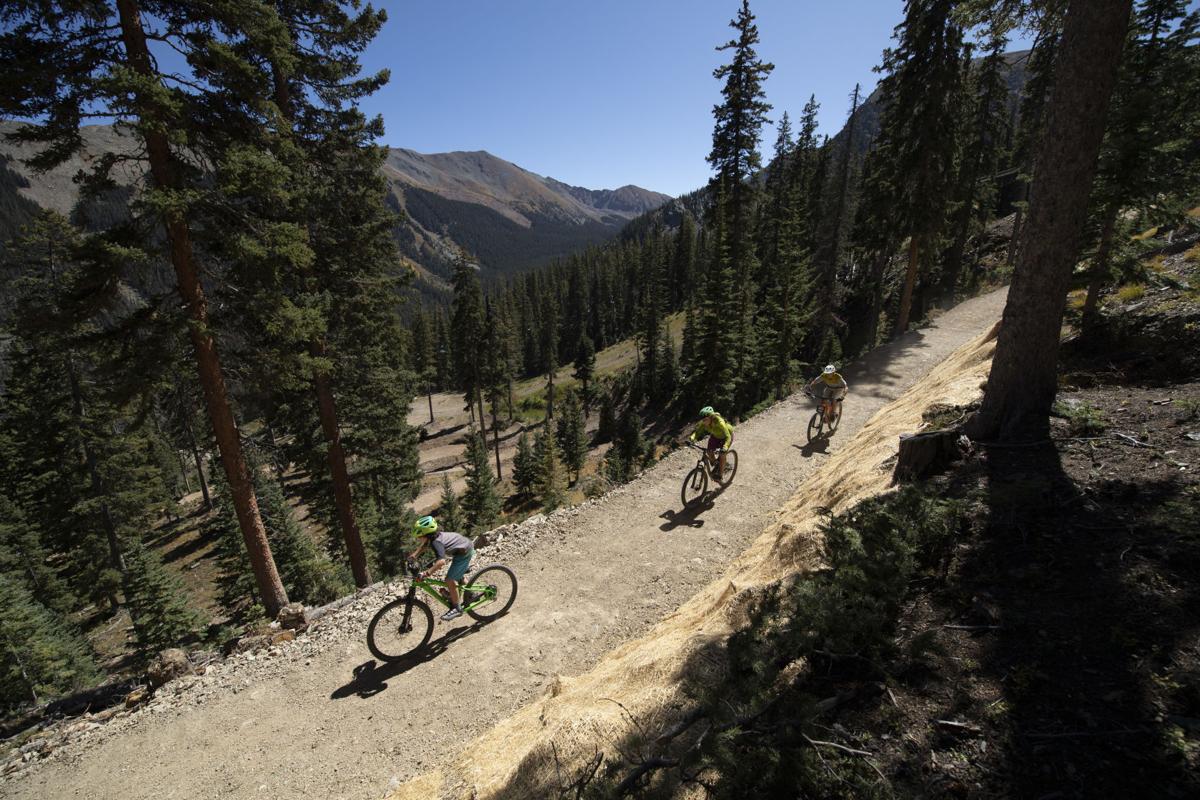 Taos Ski Valley has added simple, obstacle-free mountain bike routes in an effort to create revenue when skiing is not an option. 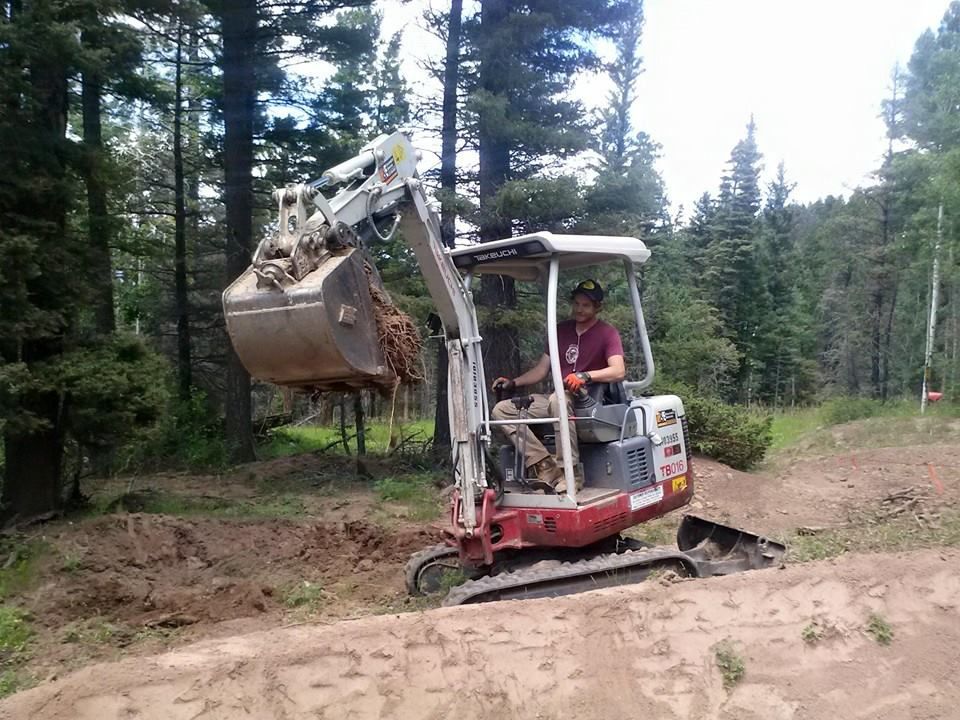 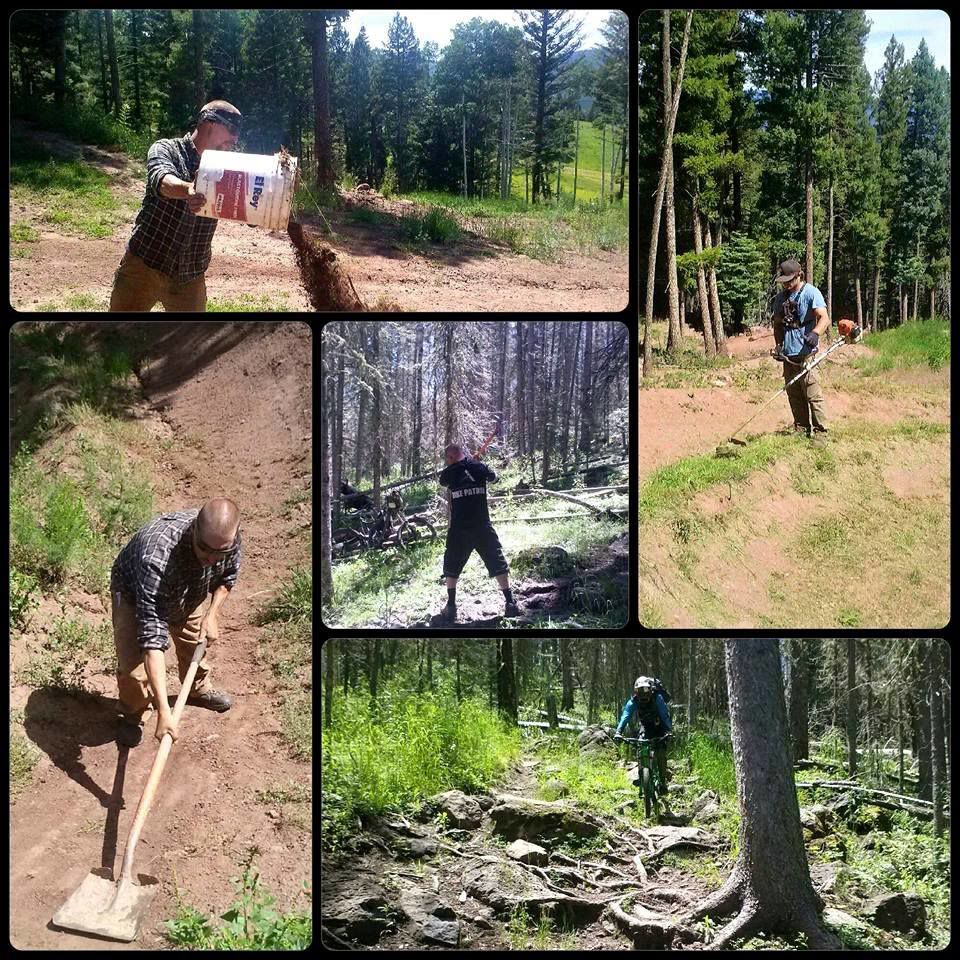 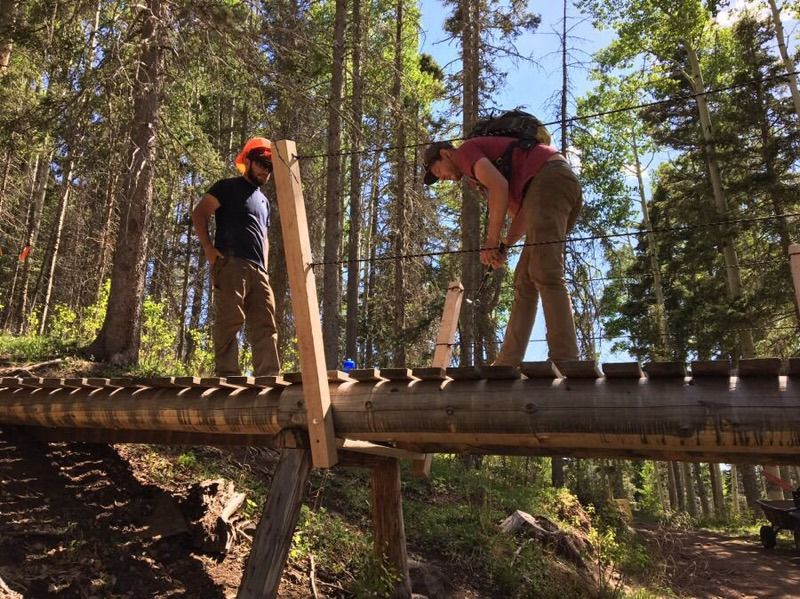 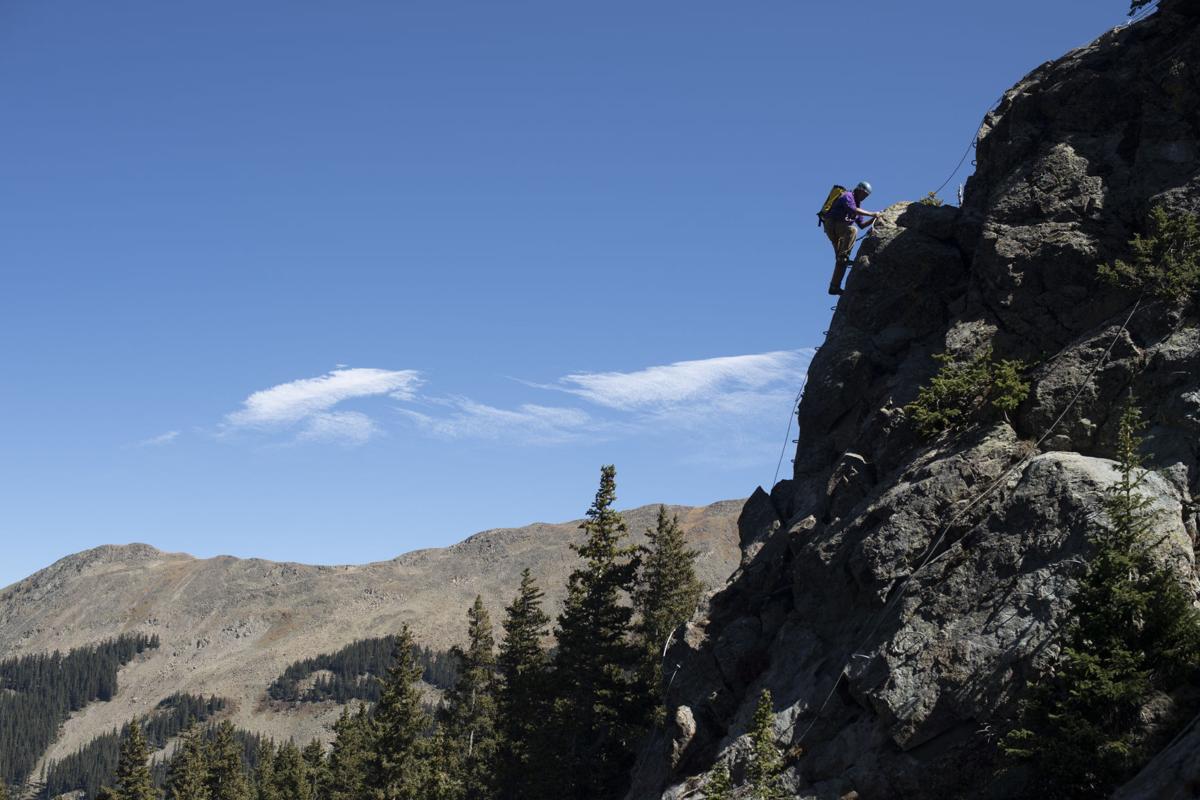 Angel Fire Resort has one of the best mountain bike parks in the country, according to the MTBparks Riders’ Choice Awards.

Taos Ski Valley has added simple, obstacle-free mountain bike routes in an effort to create revenue when skiing is not an option.

Summer is coming for ski resorts that only recently have fully embraced the warm half of the year.

For Taos Ski Valley, 2020 will be the first year New Mexico’s largest ski resort regards itself as a full-fledged year-round venue.

Instead of becoming a ghost town in summer, as was the case as recently as five years ago, Taos Ski Valley has evolved into a robust summer playground with conferences, weddings, events and new outdoor recreation venues.

Summer now makes up about 5 to 7 percent of its annual revenue and could climb to 15, 20, even 25 percent in the coming years, Taos Ski Valley CEO David Norden said.

Ski resorts around the country, particularly in Colorado, have added a full complement of summer activities in the past five to 10 years. Mountain biking trails have become a staple and more than 25 ski resorts have installed mountain roller coasters, something Sandia Peak near Albuquerque has been considering for a number of years.

The ski industry has recognized for a couple decades that skier numbers have been flat, prompting a look at the other eight months of the year. Angel Fire Resort has become a mountain biking mecca and Red River Ski and Summer Area, as the name indicates, has robust summer offerings with an aerial park, mountain tubing, a zip line and mountaintop disc golf.

“Red River has been very aggressive with summer,” said George Brooks, executive director of Ski New Mexico, the trade association that promotes skiing in the state. “Their summertime has three times the visitation than winter. The ski area is able to capitalize on that.”

Each of the past four years, Taos Ski Valley has doubled the number of weddings and conferences with the new and freshened facilities, Norden said.

“We have had a huge uptick in executive retreats and business gatherings,” he said.

Norden said the resort had lost its iconic sheen during the prior decades and these improvements are meant to bring that status back to Taos Ski Valley.

New for this summer will be a wedding lawn with a capacity of up to 250, along with rock climbing and easy mountain biking routes.

The resort built the Via Ferrata rock climbing course since last summer with rungs, ladders and steel cableways leading climbers up a wall.

For the first time, people can ride up Lift 4 with their mountain bikes to ride down the new “flow trails” — gentle, smooth trails for bikers without an appetite for challenging obstacles.

Back for the second summer will be what Norden calls the 12 Weeks of Taos — concerts and other events each weekend from late June to late September.

“You start to layer these things — recreation, meetings, events — that’s how you create vibrancy,” Norden said. “We are going to launch a campaign that Taos is here for the summer.”

Taos Ski Valley now has about 150 year-round employees. Just five years ago, that number was only 40 to 50. “We went from having no summer operations to this becoming a major focus,” Norden said.

Summer has crept into the ski world over the past 20 or so years from a time in the 1980s and 1990s when skiers were less demanding of amenities. The gradual introduction of swank and costly facilities with accompanying insurance caused costs to rise, Brooks said.

That drove up lift ticket prices and also flattened the total number of skiers year over year.

“There was a lot more overhead,” Brooks said. “How do we tackle multimillion-dollar facilities sitting idle for seven or eight months? In the future, we will see things we don’t have any idea what they will be now.”

Angel Fire Resort has a golf course, swimming, tennis, disc golf and a zip line, but the true summer business there is mountain biking. The resort has been rated the No. 1 mountain bike park in the Southwest region of California, Nevada, Arizona and New Mexico during all six years of the MTBparks Riders’ Choice Awards.

“Angel Fire Bike Park has one of the most diverse gravity trail networks in North America and continues to develop their system with more beginner and intermediate-friendly terrain,” according to North America’s Mountain Bike Resort website.

Angel Fire builds new mountain bike trails every year and now has 60 miles of trails. The resort has 14 intermediate and 12 advanced trails. The three new trails for summer 2020 will be Angel Fire’s first easy routes, with no jumps, logs or rocks. “They are nice smooth trails to the bottom,” said Collin Wheeler, marketing director at Angel Fire Resort. “We want to promote a more family-friendly experience.”

Mountain bikers first discovered Angel Fire in the 1990s, but it was not until 2010 that the resort became aggressive with developing bike trails, adding anywhere from three to 10 new miles of mountain bike trails each summer.

Much of the mountain biking crowd comes from Colorado and Texas, Wheeler said.

“Summer has grown significantly over the past five years,” Wheeler said. “More than anything, the growth in mountain biking is absolutely massive.”

What were you thinking??? Mountain biking and trail-building destroy wildlife habitat! Mountain biking is environmentally, socially, and medically destructive! There is no good reason to allow bicycles on any unpaved trail!

Bicycles should not be allowed in any natural area. They are inanimate objects and have no rights. There is also no right to mountain bike. That was settled in federal court in 1996.

Taos Ski Valley is the highest ski resort in North America outside Colorado, and is on many 10-best lists — truly world-class. Ski Santa Fe has the 2nd highest non-Colo. skiing. Maybe the state’s new Outdoor Recreation division will help in promoting this.