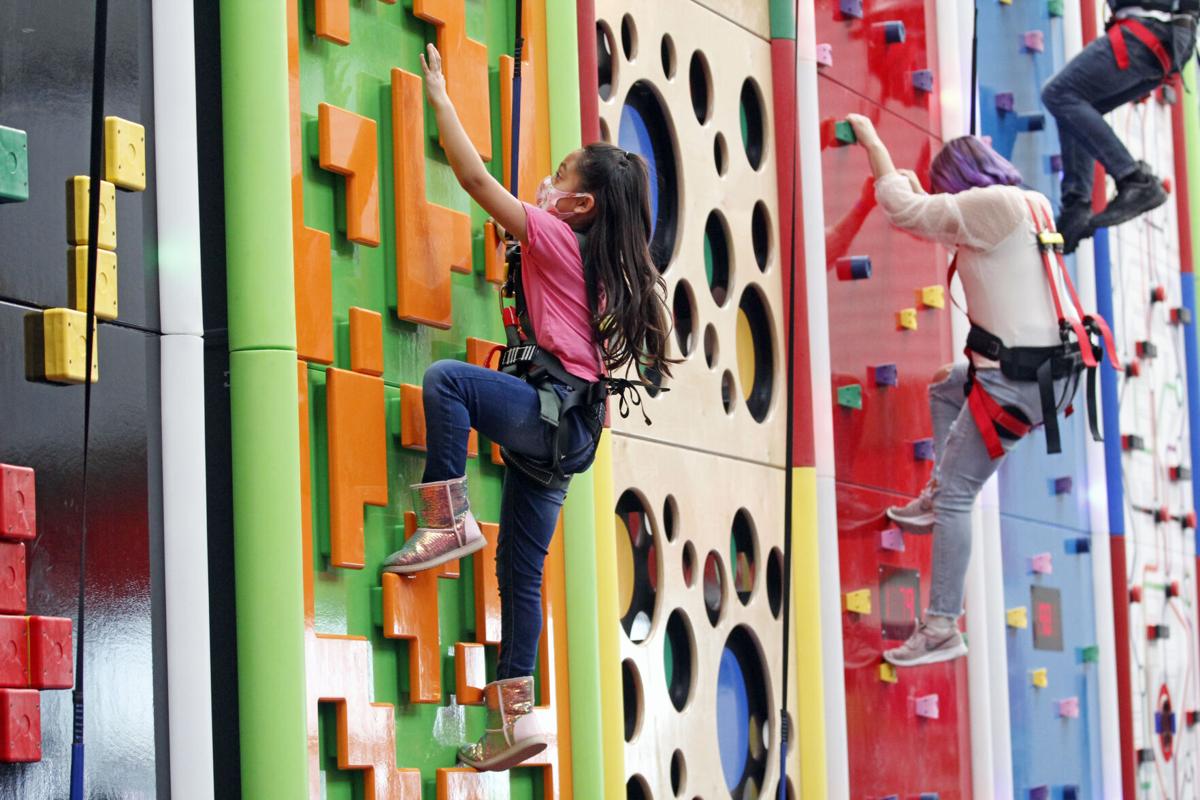 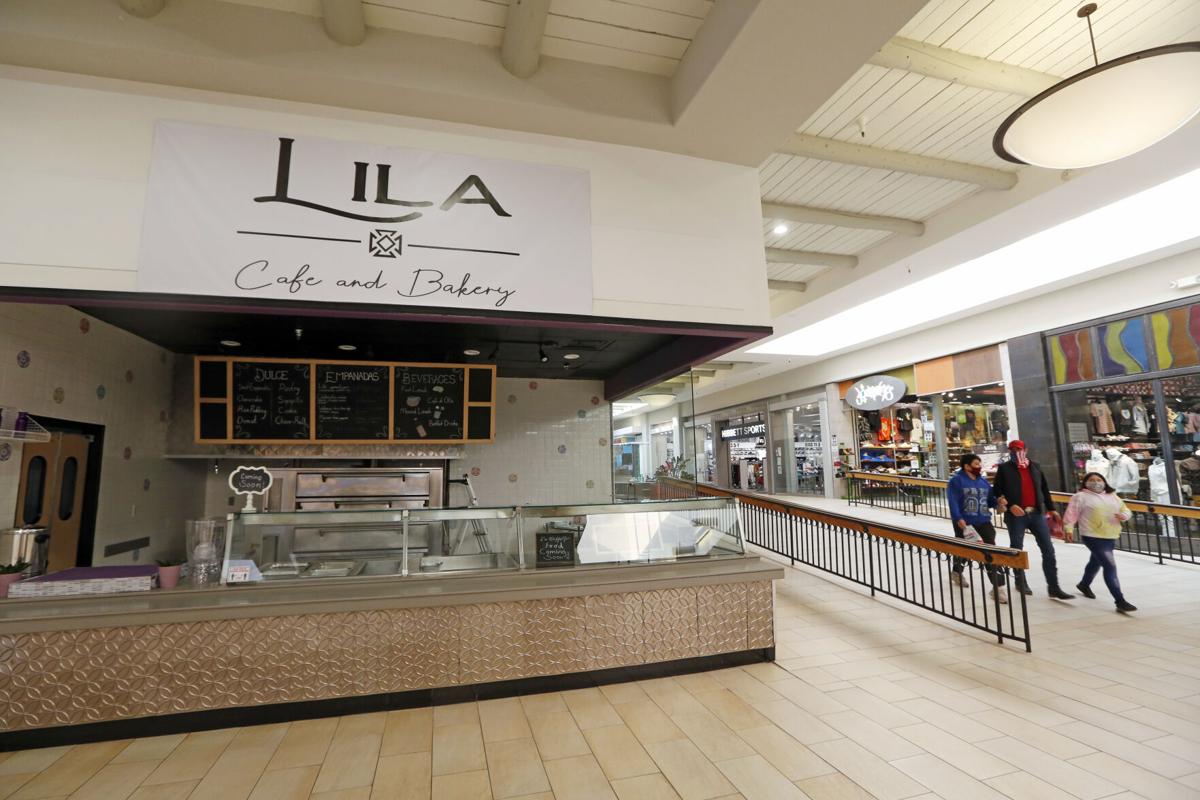 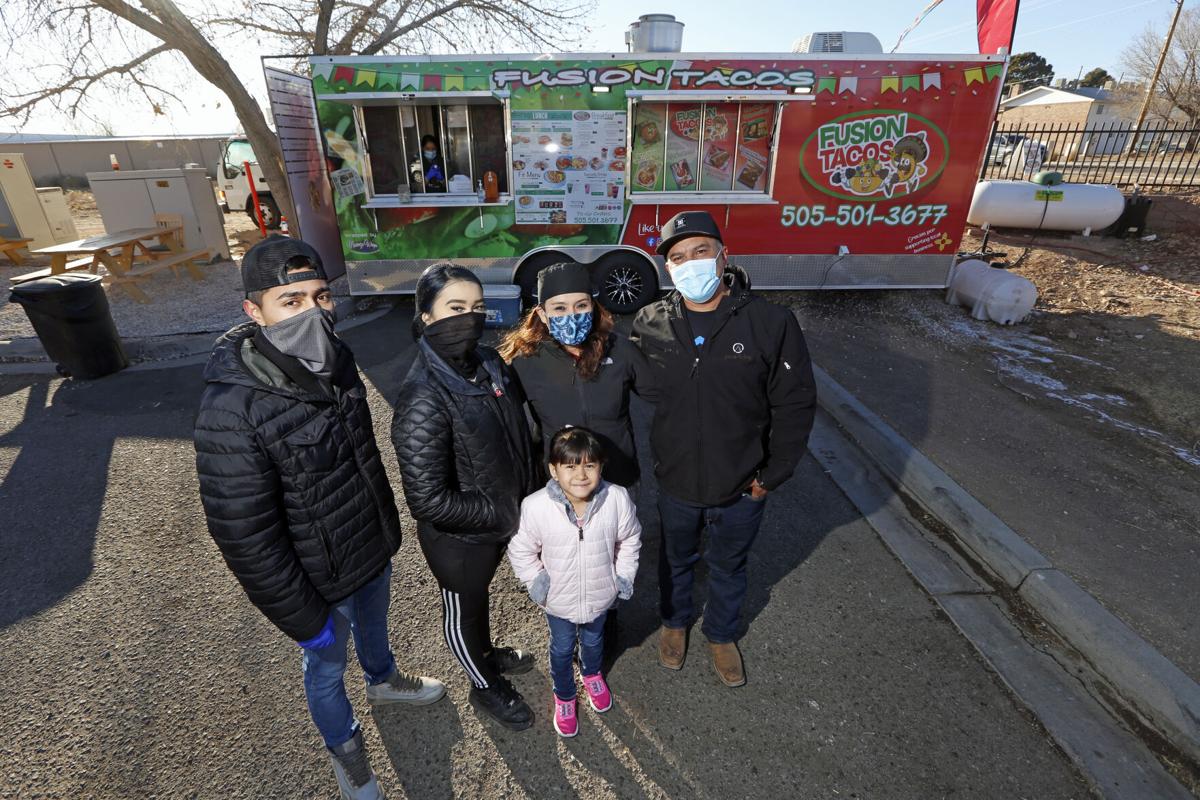 Santa Fe Place mall staff a few months ago saw an article in The New Mexican about the Fusion Tacos food truck on Airport Road and drove to check it out.

“We tried their tacos and thought they were amazing,” mall General Manager Jim Schertzing said. “We saw a great cross section of the community there. There were some 20 people in line.”

Schertzing offered Fusion Tacos a spot in the mall’s food court, one of a number of recent additions to the Santa Fe Place lineup.

“That wasn’t ever the plan,” Fusion Tacos co-owner Perla Ramon said about the food truck-to-restaurant path many vendors have followed in recent years. “People will ask me, ‘When are you going to open a restaurant?’ Never, I’m going to have 10 food trucks.”

Ramon and husband Pedro Lopez opened their first food truck with a business partner in November 2019 but sold that truck to the partner soon after. The Airport Road truck followed in August.

Ramon’s idea was a food truck with protein shakes and healthy foods, like chicken and rice or strawberry spinach. Such eclectic fare is on the menu — and the reason the truck is called Fusion Tacos, a fusion of tacos and other dishes.

“My husband said tacos,” Ramon said. “I wanted to do exclusively protein shakes. He said, ‘You have to do tacos.’ I hate to say this, but he was right.”

Tacos amount to 70 percent of sales. The birria taco is the most popular, she said, but there also are carne asada, chicken, al pastor, carnitas and chorizo tacos. The truck also offers tortas, quesadillas, burritos — and fruit and yogurt parfaits and Caesar salads.

The mall idea grew on Ramon when she learned she would have access to the mall’s commercial kitchen. She was renting a commissary kitchen. Now she can use the mall kitchen for the food court, the Airport Road food truck and a second Fusion Tacos truck in the process of opening at the food truck pod at Paseo de Peralta and Old Santa Fe Trail.

Fusion Tacos this week is on the verge of opening in the former Loko Mix space at the Santa Fe Place food court. Last week, sisters Veronica and Martha Ramos opened Lila Cafe and Bakery in the former Sbarro pizza space in the food court. The mall on Jan. 8 also opened the LiggettVille Adventure Center, a four-story ropes course and climbing wall, and Tax Help Santa Fe opens Jan. 28.

Even with pandemic uncertainty, Santa Fe Place has been moving forward with improvements.

In the meantime, the former Sports Authority/Mervyn’s anchor space is being used by The Food Depot and will become a temporary lowrider museum before construction of Zozobra starts in the space, he said.

“It’s been very positive seeing the community come back to us,” Schertzing said. “We’re very excited in these trying time to have [Fusion Tacos and Lila Cafe] come to the mall and see our vision to improve our food quality.”

Santa Fe Place also wants to have restaurateurs sign up for the mall’s planned food hall, an effort to join the national food hall trend that preceded the pandemic. Food halls are the next step in an evolution beyond food courts, with chefs and food entrepreneurs trying out more creative offerings.

Veronica and Martha Ramos were not shy about signing on with their Lila Cafe and Bakery, which focuses largely on empanadas. But the cafe also will have Mexican cheesecake and sopaipillas, plus Mexican-style rice pudding, pastries and chocolate.

“We want it to feel like a real Mexican cafe,” Veronica Ramos said, adding green chile will be incorporated in some dishes. “We will bring authentic Mexican cuisine.”

Martha Ramos lives in Santa Fe, but Veronica Ramos moved from Colorado Springs to open Lila Cafe. Neither had owned a cafe, but their mother owned a restaurant in Mexico.

“Now is the time,” Veronica Ramos said. “It’s always been a dream. It’s a lot of risk right now, but we have the resources right now.”

The sisters sought a small space to open their empanada shop.

“We found the mall,” Ramos said. “I thought the mall would be great. It was perfect for empanadas, grab and go.”