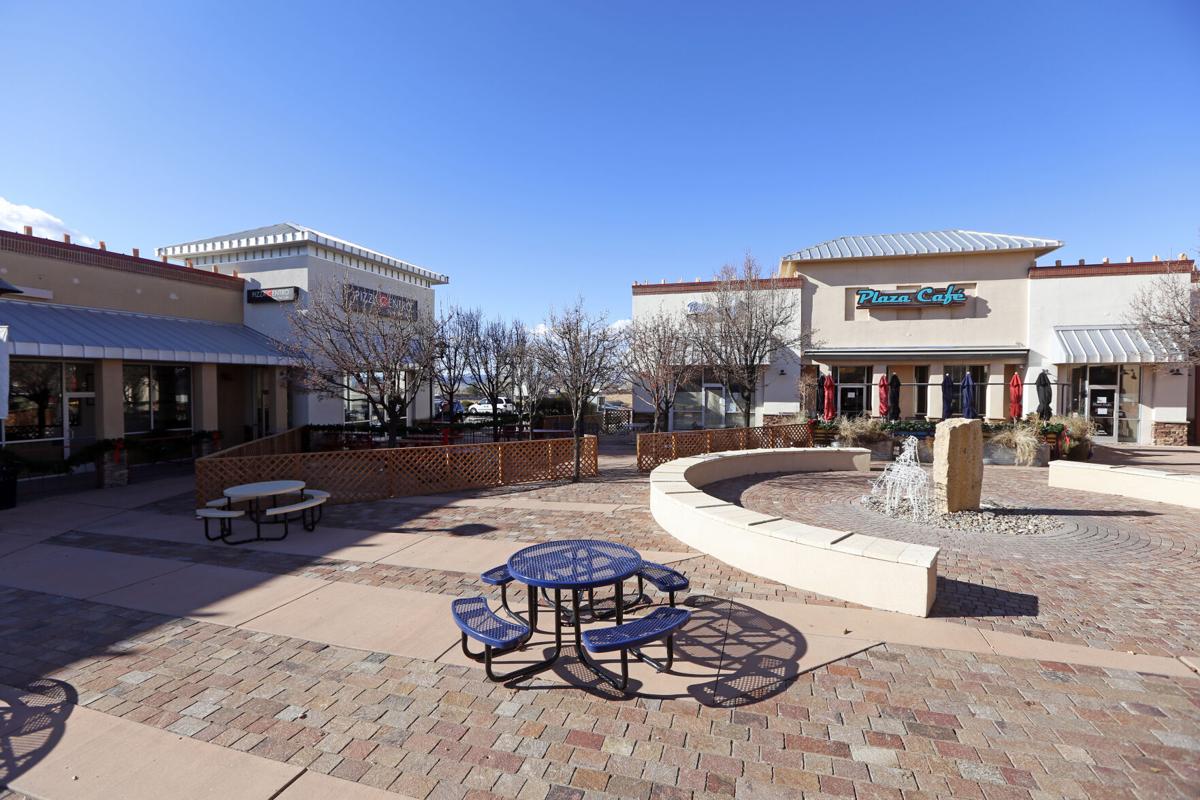 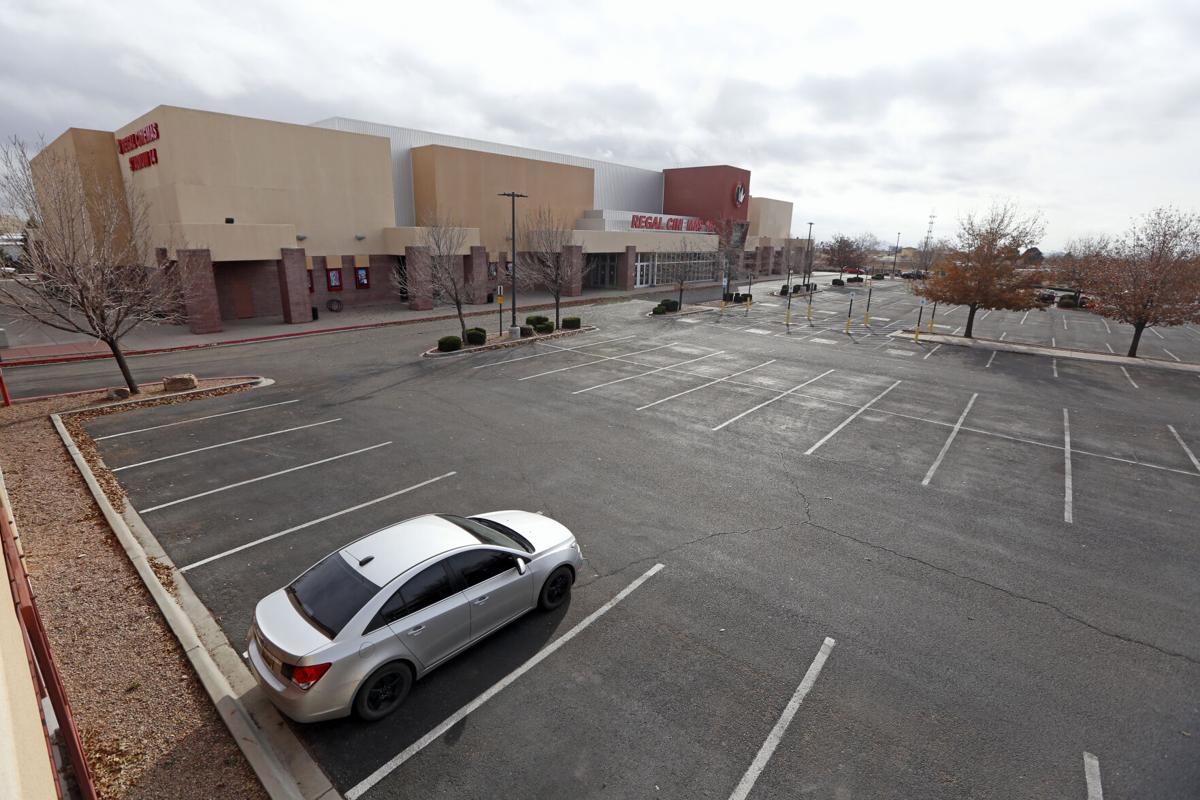 ‘I’m not sure we need 14 screens,’ says Jeff Branch, whose firm owns San Isidro Plaza, where the temporarily closed Regal Santa Fe Stadium 14 is located. ‘It would be my hope to keep a movie theater there but not 14 screens. I want to adapt part of the building to other uses.’

‘I’m not sure we need 14 screens,’ says Jeff Branch, whose firm owns San Isidro Plaza, where the temporarily closed Regal Santa Fe Stadium 14 is located. ‘It would be my hope to keep a movie theater there but not 14 screens. I want to adapt part of the building to other uses.’

Fifteen years was a long time ago.

Nobody had an iPhone close at hand at all times. TheFacebook had a mere 1 million active users just as the “The” was getting dropped for good.

At the time, Jeff Branch saw farmland in front of him near Cerrillos and Airport roads. But he was also seeing the future with a 14-screen movie theater, a Lowe’s home improvement store and numerous local eateries, plus other shops. Together, they would become San Isidro Plaza when his commercial center opened in 2007.

That was then. This is now.

“Things have changed tremendously in 15 years and will likely change more rapidly in the next 15 years,” Branch said. “Rather than react, I want to be ahead of the curve.”

Branch’s Santa Fe company, Columbus Capital, still owns San Isidro Plaza. On Nov. 30, he gave a sneak peek for a drastically altered future for San Isidro Plaza at an Early Neighborhood Notification meeting with a Zoom audience of 18 people, including several from his company and the city Land Use Department.

By February, he hopes to have an amended development plan ready to submit to the city.

Branch intends to do away with the parking lot in front of Regal Santa Fe Stadium 14, and he doesn’t see 14 screens in the future for San Isidro Plaza, either.

Branch sees large, multiscreen theaters waning across the country, and different kinds of shopping, dining and amusements coming to the fore — a time when experiences count for more than spending dollars on things. He also fervently falls into the camp that predicts individual car ownership could plummet within 10 years.

Specifically, Branch sees filling the parking lot with a plaza and food hall, drastically cutting back on movie screens and filling the rest of the Regal building with a potential discovery museum for children. Nearly 200 apartments with ground-level commercial spaces also are in Branch’s near-future vision.

“Our proposal is to take the area around Regal and create a lot more activity and sense of place,” Branch said. “The theater is a question mark.”

Last week, he presented his idea of reducing the 14-screen theater to as few as six screens to Regal Cinemas officials.

Regal Cinemas in April defaulted on lease payments for Regal Santa Fe Stadium 14, but Branch has not cut ties with the cinema giant. However, he does see the handwriting on the wall: Movies aren’t being made now, leading to serious questions about what sort of cinema industry will emerge from the pandemic.

He recruited former Meow Wolf CEO Vince Kadlubek, who led the arts collaborative as it opened the global phenomenon House of Eternal Return, to bring imaginative and creative programming that would be appealing to children and families.

“What Meow Wolf has taught me is the power of art as a family attraction,” said Kadlubek, who is working as a project consultant for Columbus Capital. “To get people to your commercial property is no longer about what people are going to buy. It’s what are they going to do? What are they going to take a picture of?”

Kadlubek envisions a trampoline park and splash pad along with interactive, temporary sculptures that have become the rage in cities around the world.

“They light up at night,” he said. “It’s playful. You’ll see these in major cultural cities.”

Kadlubek’s focus is on the movie theater building, the food hall and the plaza.

“It’s really important for families on the south side to have access to a world-class discovery museum/children’s museum,” Kadlubek said of his and Branch’s intentions for portions of the movie theater building.

Food halls have grown exponentially across the country in just the past five years. Experts say such facilities will remain popular after the crisis, especially as a rebuilding tool for the restaurant industry.

Kadlubek wants to tap local food truck operators, caterers and chefs who want to experiment. The food hall could also be a venue for restaurateurs who may have to shut down their eateries as the pandemic lingers.

“We want to provide a space for people to get their feet wet with new culinary concepts,” Kadlubek said. “Something I am excited about is activating rooftops with pop-up music, event programming, food and beverage [and to] create sky parks.”

A year ago, Branch was pondering how to redefine San Isidro to fit into the changing retail landscape with online shopping increasingly attracting shoppers’ dollars. He plans to bring the live-work-play element to the center.

“A downtown lifestyle on the south side of town,” Branch said. “I want to try and phase it. I would relocate Plaza Cafe to where Tribes is now and relocate Tribes to another location. We are hoping to keep them all alive, but it may be in a different format.”

Branch said construction could start as soon as June on the Regal building and the apartments.

As Branch revamps San Isidro Plaza, the center’s place in the community has also changed over the past 15 years.

“This was on the edge of town,” Branch recalls. “This is now the center of town in many ways.”

Looking forward to Vinces involvement! As for the overall plan, I am really looking forward to what this looks like. What Jeff is proposing, is very similar to what has been discussed for many years along St Mikes. Auto based retail is a dying form of shopping. Big Box chains are closing/going bankrupt. Online shopping/and the Rona, has basically killed them. The concept of retail on the first floor, with residences above, is a model thats been around for 1o0s of years, and its impressive a private developer is willing to take the risk on reviving this model. AND, if he can build these new residences to higher sustainable building standards than currently mandated (Ultra low water use/ net zero energy), Santa Fe could have a redevelopment model that would show what can be done in regards to sustainable long term development.

If Vince Kadlubek is involved in this project it is doomed. Jeffrey Branch wake up and smell the coffee and make sure your really really know who you are hiring.

The article mentions "an Early Neighborhood Notification meeting with a Zoom audience of 18 people, including several from his company and the city Land Use Department." That's pathetic! How was this notification handled? Where were the notices? Who was notified? The public notification process needs a complete revamp.

Branch says, private vehicle ownership could plummet within 10 years. I hope he is right. But meanwhile, he is building a 400-space parking garage? San Isidro is one of the ugliest developments I have ever seen, with nothing but parking spaces everywhere, including a hideous parking garage. Hardly anything natural or organic grows there. It is no wonder that some retail spaces there have been vacant for years.

You can tell he has long cared about pedestrians because when you walk out of Tribes you have to carefully step on make-shift paving stones to avoid the mud as you go to the parking lot. Where are the steps? And he cares about bicyclists too. That's why there are so few bike racks.

You talk about community and a north side experience for the south side yet throw Tribes to the wolves? Only coffee shop in this end of town.

Hey there, the project is planning on retaining most of the existing tenants, including Tribes which has been a great coffee shop for the southside. Thanks for your thoughts here!

Thank you. I retract my ire.