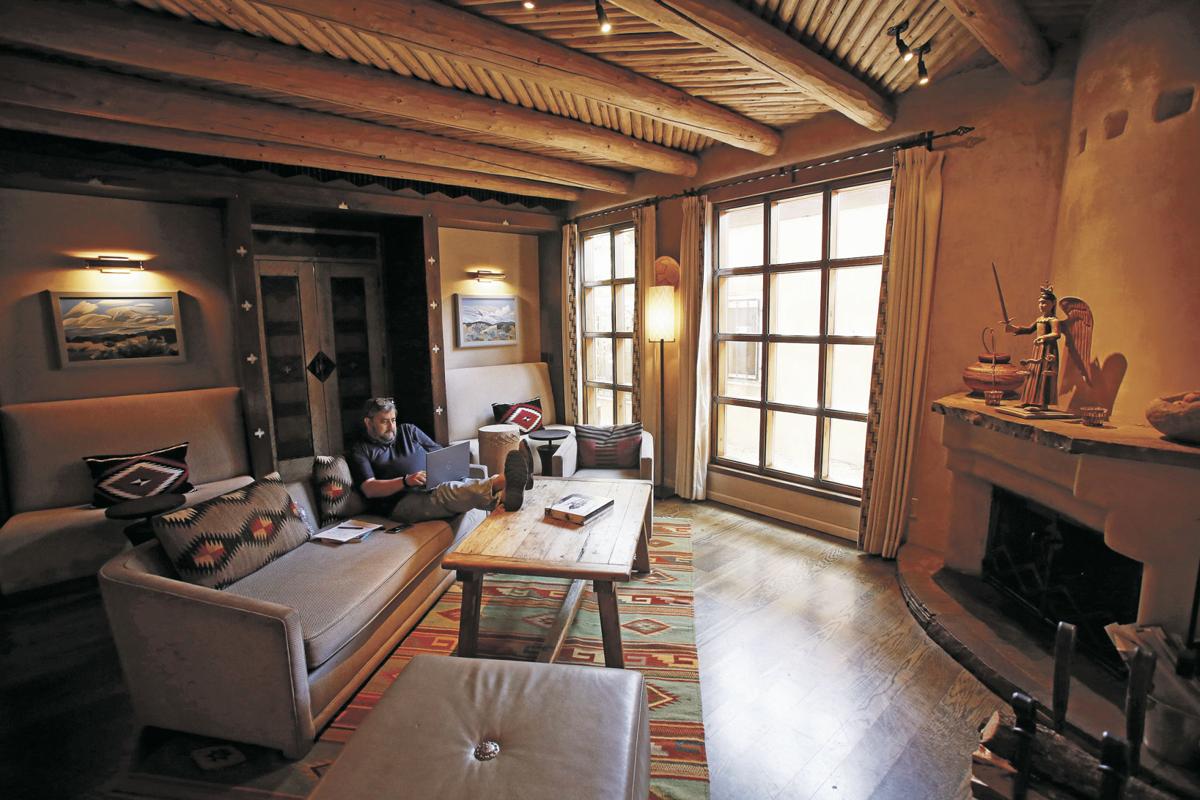 Todd Herreid of Green River, Wyo., kicks up his feet in May in a guest lounge at Rosewood Inn of the Anasazi. 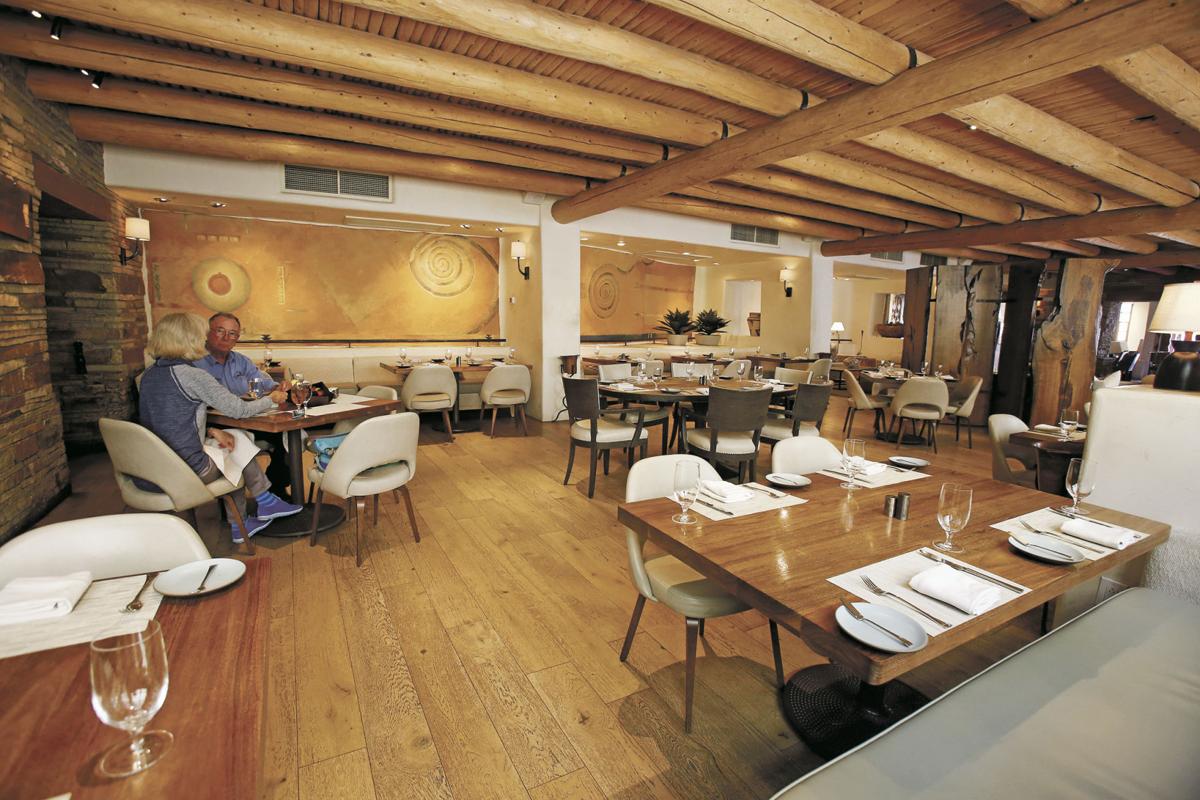 Margo Culter, left, and John Scanlan of Santa Fe eat lunch in May at Rosewood Inn of the Anasazi.

Todd Herreid of Green River, Wyo., kicks up his feet in May in a guest lounge at Rosewood Inn of the Anasazi.

Margo Culter, left, and John Scanlan of Santa Fe eat lunch in May at Rosewood Inn of the Anasazi.

The Rosewood Inn of the Anasazi will reopen Friday, the first of nine shuttered downtown Santa Fe hotels to once again welcome guests who dare to travel in the stay-at-home era.

Friedman intended to keep the Anasazi among the downtown hotels that are operating, but he said Rosewood Hotels insisted on closing March 31. Friedman said a compromise was reached to stay closed in April and reopen May 1.

“We think it’s very important to keep the lights on, to keep people employed, to provide food,” said Friedman, who bought the AAA Four Diamond-rated boutique hotel in April 2019. “I never wanted to close. We don’t care about the economics. It’s not about the money. It’s about the people.”

Friedman said he paid the hotel’s 102 employees through the April closure.

The Anasazi’s decision may be a sign of a return to semi-normalcy among some downtown hotels.

“We’re now seeing several of our major hotels setting dates for themselves to reopen,” Webber said in his daily webcast. “[But] still under limitations as to how many guests could be at the hotel, recognizing everything is not fine [and] we’re not through this. … But the Inn of the Anasazi is ready to look at their reopening. Hotel Santa Fe looking at their reopening. This is a feeling that we are getting toward the next phase.”

Hotel Santa Fe managing partner Paul Margetson said he did not want to commit to a reopening date as too much uncertainty is still in the air.

Anasazi managing director Lutz Arnhold said the hotel had 4 percent occupancy in the last week of March. Friedman said he believes visitors from New Mexico, Texas and Colorado could fill 20 percent of rooms by mid-May and even 75 percent for Memorial Day if the state-mandated limit of 25 percent occupancy is increased or lifted.

“Two weeks is a very long time,” Arnhold said. “As we move further into May, things will get significantly better.”

Friedman, 41, founder of Friedman Capital, lives in Washington, D.C., where he made a big splash in 2017 by converting a 110-year-old church into the Line DC hotel in the diverse Adams Morgan neighborhood. In September, he bought the famed Watergate Office Building and wants to buy the Trump International Hotel in D.C.

In Santa Fe, Friedman is in the permitting stages to add a rooftop swimming pool, restaurant, bar and event space. His ambition is to upgrade the Rosewood Inn of the Anasazi to be the only AAA Five Diamond hotel in New Mexico.

Arnhold believes if all goes well with city approvals and construction, the rooftop would could be complete next year at this time.

First, though, the focus is on fine-tuning the novel coronavirus safety measures the Anasazi already had in place in March. Among them: No one will be staying in neighboring guest rooms, and rooms will remain unused for 48 hours.

Employees will use the stairs to avoid touching elevator buttons and guests, and they will wear masks and gloves, he said.

“The new normal is in place,” Arnhold said. “This is about associates and guests. It basically comes down to minimum-touch items.”