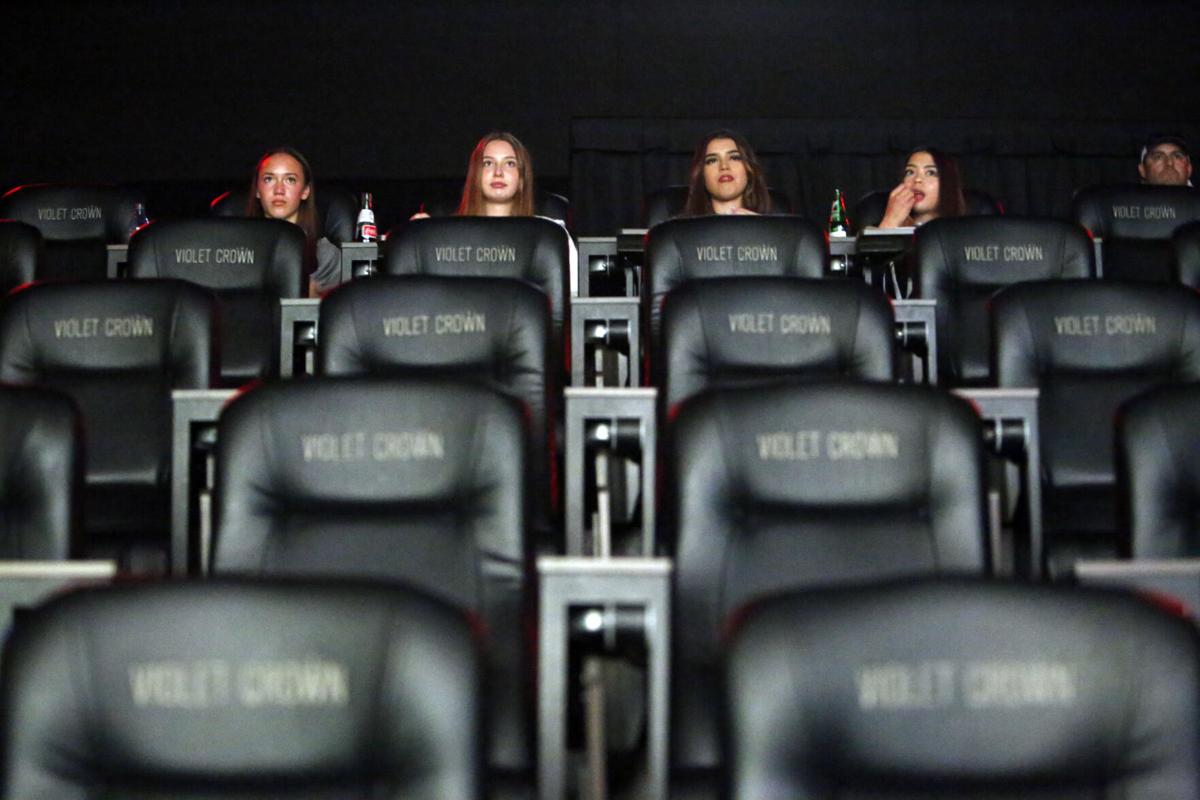 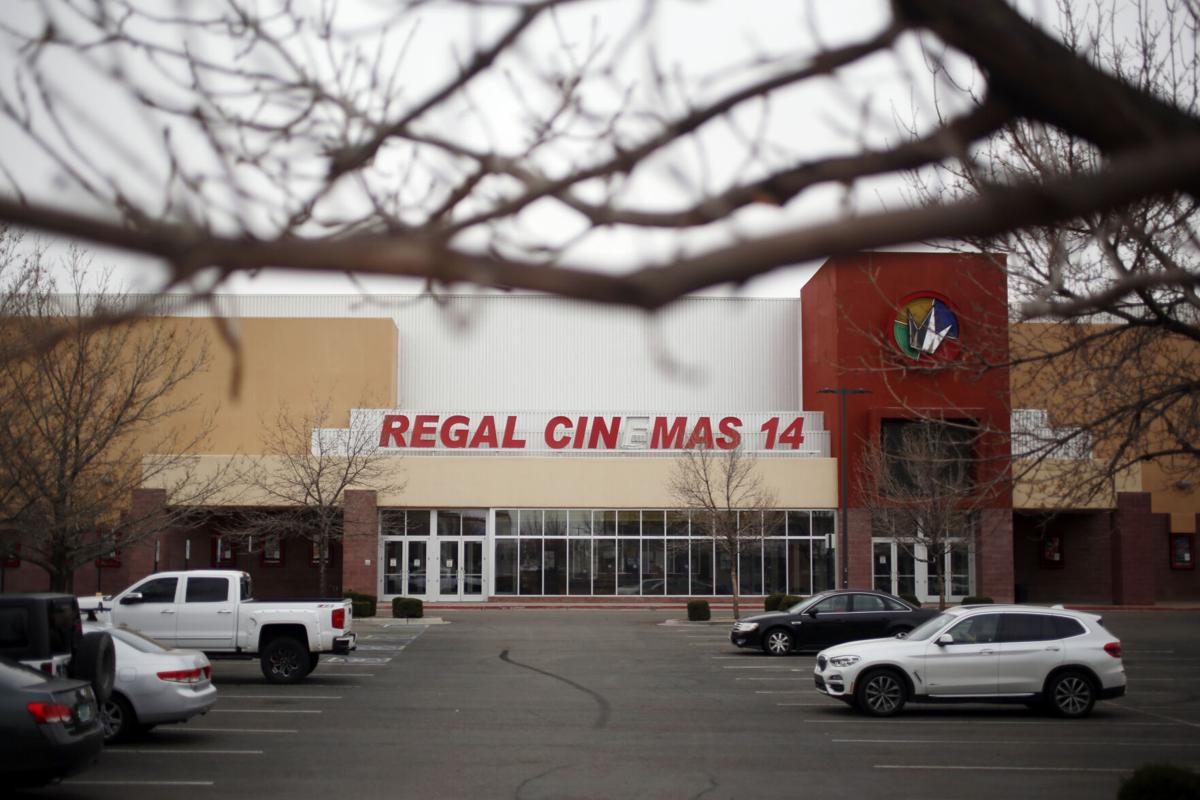 Regal Santa Fe Stadium 14 in San Isidro Plaza remains closed. The theater's parent company said its cinemas will begin reopening April 2, but there is no word yet on when the Santa Fe locations will reopen. 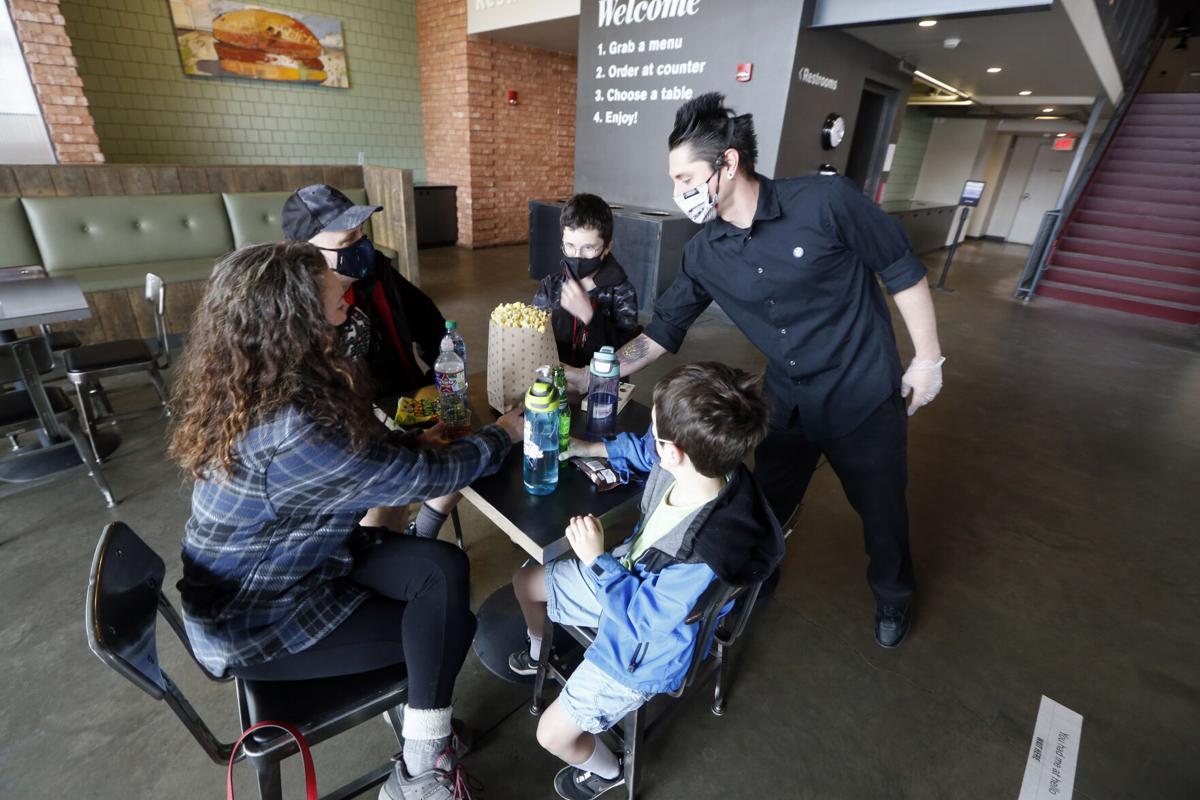 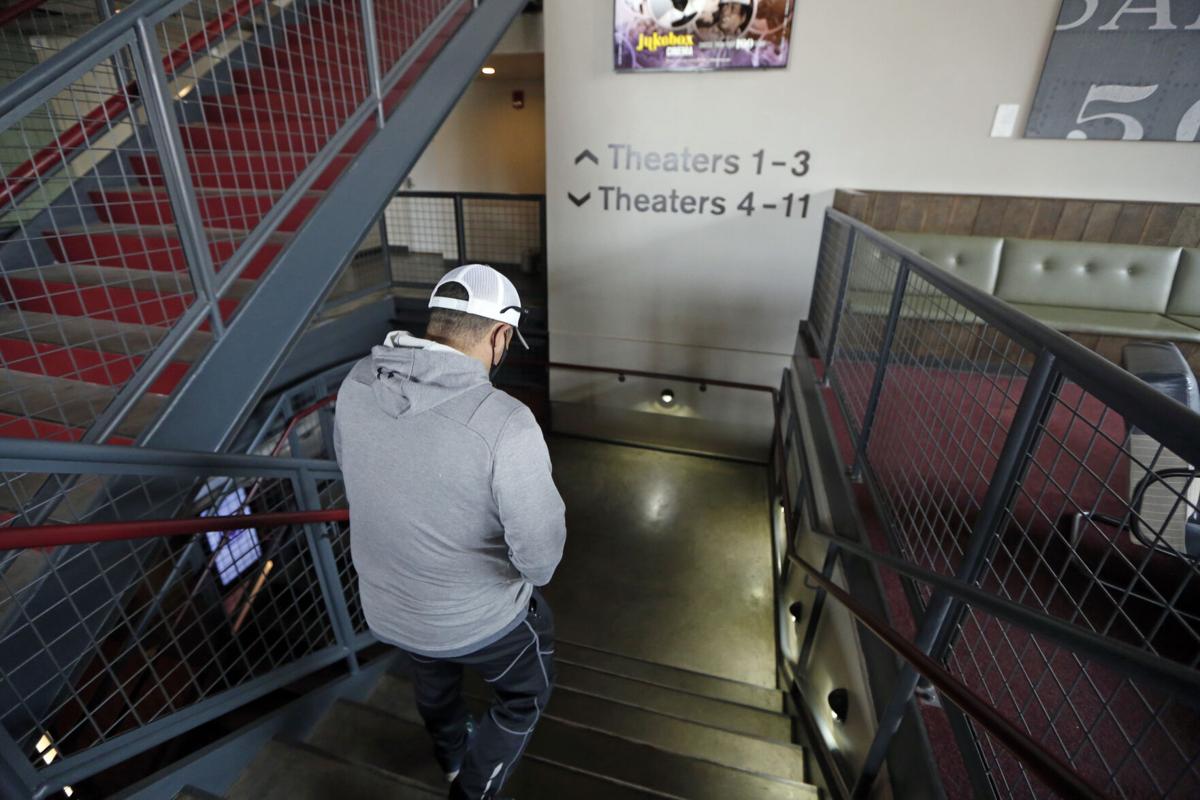 Joe Martinez of Santa Fe makes his way to his rented theater at Violet Crown Cinema on Wednesday, to watch Crazy Rich Asians with his children.

Regal Santa Fe Stadium 14 in San Isidro Plaza remains closed. The theater's parent company said its cinemas will begin reopening April 2, but there is no word yet on when the Santa Fe locations will reopen.

Joe Martinez of Santa Fe makes his way to his rented theater at Violet Crown Cinema on Wednesday, to watch Crazy Rich Asians with his children.

While cinemas across New Mexico shut down in March 2020, and most have remained closed since then, Regal also closed locations in other states that allowed such operations as the pandemic began to surge in October.

It remains unclear when Regal theaters in Santa Fe will reopen.

“We have no word yet,” said Jim Schertzing, general manager at Santa Fe Place, home to Regal Santa Fe 6.

“We expect Regal to reopen here,” Schertzing said. “We would like them back as soon as possible.”

Even more unclear is the future of Regal Santa Fe Stadium 14 in San Isidro Plaza. Jeff Branch, founder and CEO of Columbus Capital, which owns the business development on Zafarano Drive, previously said he planned to reduce the number of screens and open the building to other uses. Branch was not available for comment Wednesday.

Violet Crown Cinema in the Railyard, which opened Friday with a new business model that allows guests and groups to enjoy private showings, is the only Santa Fe movie theater in operation.

Officials at Jean Cocteau Cinema and the Center for Contemporary Arts, which operates the Cinematheque and The Screen, did not respond to requests for comment on whether those theaters would open soon.

On Wednesday, the state announced Santa Fe County had maintained a low enough average daily virus caseload and test positivity rate to advance to the state’s highest tier — turquoise — which allows increased capacity at entertainment venues and other businesses.

The news came as Violet Crown Cinema was celebrating the quick success of its new and untested business model, RSVP Cinema, in which theatergoers can rent a screen for $50 to $100 for a group of one to 13 viewers.

“I didn’t know what to suspect,” general manager Peter Grendle said Wednesday. “We’re basically sold out for the next month. This has been an absolute success. Today I have just two empty slots, and it’s Wednesday.”

Grendle said rental revenue is about 20 percent of normal ticket sales — but that is 20 percent better than nothing.

“We’ve had a lot of birthday parties delayed from whenever,” Grendle said. “Usually, a few families from a neighborhood are getting together. We’ve had a couple legitimate first dates: ‘We’re here in a room together.’ Oscar movies have a group of seniors.”

After a full year without big-screen opportunities, and with many new rules to follow due to the ongoing pandemic, moviegoers are on a learning curve.

Violet Crown guests pick the movie they want to watch. It can be a current release or an older movie. They can even bring in their own DVD or VHS tape, or even a game, Grendle said.

“We had some video gamers who brought their games to play on the big screen.”

The article should explain that in addition to the rental fee of $50 or $100, depending on time of day, there is also a fee of $10 per person at the screening, with a limit of 15 people. At least, that is my understanding of how it works. Still, it is an interesting option for those who can afford it. Hoping regular screenings for the less affluent folks will be scheduled soon.

More info can be found at https://santafe.violetcrown.com/rsvphowto

It is a little confusing.