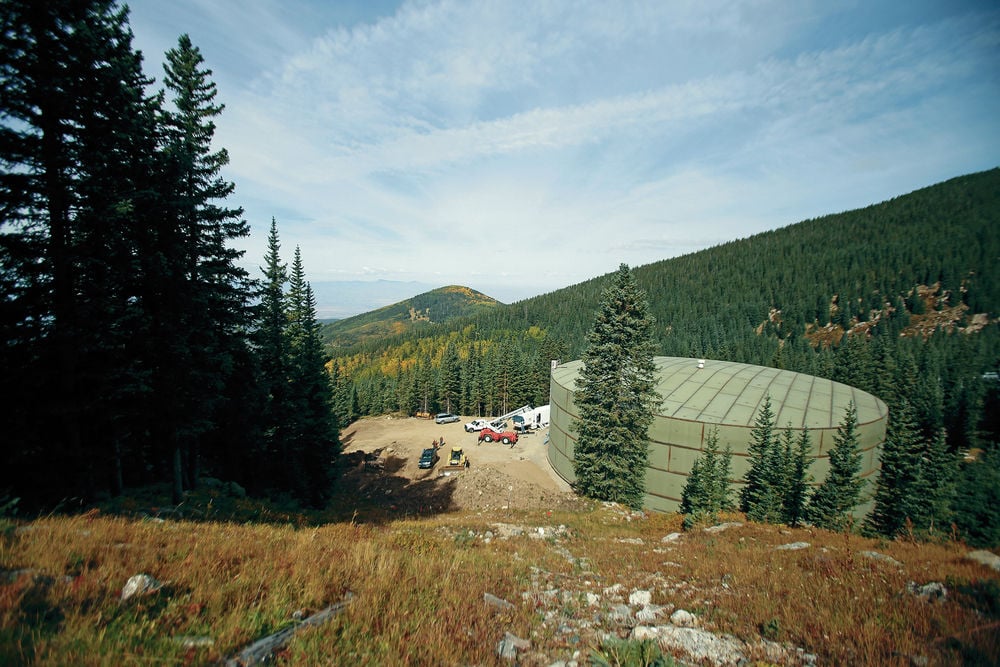 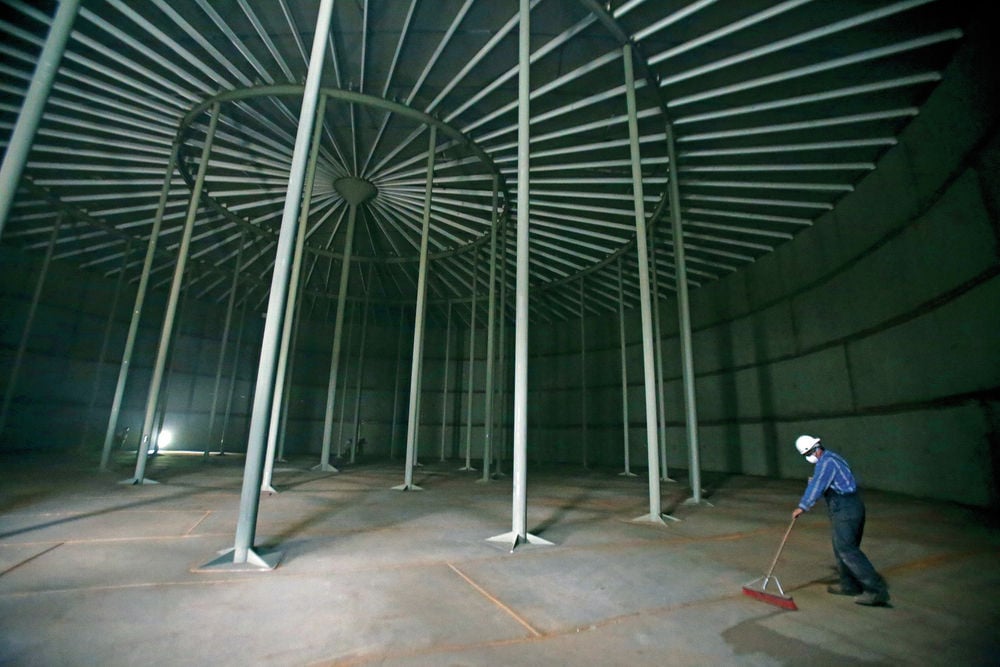 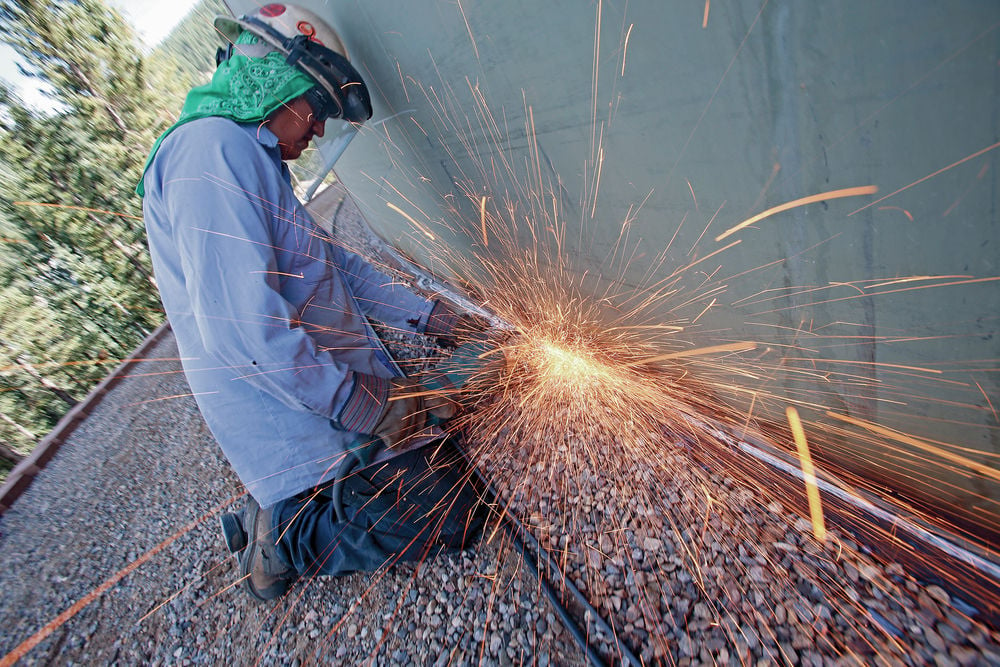 Behind him, steel panels were stacked 40 feet high, newly welded in a circle 150 feet wide. It’s a 5 million-gallon water tank, built to free his company from limitations the weather imposes on the ski season.

Abruzzo flashed smiles as he spoke of the $2.2 million project he hopes will expand the ski season by as much as a week and draw thousands of additional skiers.

“It’s all about early season snowmaking,” he said.

On that recent balmy day, Abruzzo oversaw a work crew putting the final touches on the tank. It will help Ski Santa Fe create snow quicker with stored water.

For six months, crews in big rigs transported steel panels over rough dirt paths up the mountain to complete the tank. It’s tucked to the side of the Burro Alley run, strategically high on the mountain to take advantage of pressure as water is piped down. That water pressure will help Ski Santa Fe cut down on the steep electricity costs of making snow, Abruzzo said.

George Brooks, executive director of Ski New Mexico, a trade organization, said most skiers who use the state’s eight alpine valleys are skiing on man-made snow most of the time without realizing it.

Brooks says there’s “no doubt” that climate change has negatively affected New Mexico’s ski seasons. He recalls, decades ago, snow covering the bottom of the Taos Ski Valley, where he grew up. Now, Brooks says, he has to drive up the mountains to find snow. In higher elevations, he said, the temperatures haven’t changed much over the years. Rather, the amount of moisture has decreased.

“If Mother Nature doesn’t deliver, then the snowmaking is crucial,” Brooks said. “Early man-made snow is vital to have a good season.”

The goal is to get man-made snow on the ground when temperatures drop below freezing, so it acts as a refrigerator. With a base of man-made snow, the natural snow that falls on top of it takes longer to melt.

Brooks, of the ski association, said man-made snow can act as a frozen reservoir. By the end of the season, ski areas typically lose up to 20 percent of the water used in man-made snow from evaporation. What remains, though, can be used again.

Abruzzo hopes the 5 million-gallon capacity will allow Ski Santa Fe to extend the early part of the ski season by a week, perhaps getting more runs padded by the typical opening on Thanksgiving weekend. It also will allow for better runs later in the season because of the base of snow. That won’t happen this year, said Abruzzo, but in the 2016-17 ski season.

The project could increase visits by skiers by 10,000 annually, he said. Last year, Ski Santa Fe received 162,000 visitors and averages about 150,000 each year, he said, with about half coming from around New Mexico.

Abruzzo also said the water-storage project won’t cause an increase in the $72 cost for a day pass.

Santa Fe’s wintertime economy depends on amounts of snow it receives, said Simon Brackley, president and CEO of the Santa Fe Chamber of Commerce. More snow in the winter means more visits from “drive markets” — Arizona, Texas and Oklahoma. Skiers from those states are watching the regional weather. Ski Santa Fe is also one of the biggest employers in Santa Fe during the wintertime, with a staff of about 400, Brackley said.

“It’s a difficult business because Mother Nature decides your ability to bring customers,” he said.

Abruzzo said he believes the 5 million-gallon tank will help the ski area in its battle with nature — and help the city’s economy.

“We think it will have a ripple effect,” he said.

A non-profit! Where did you get that gem from?