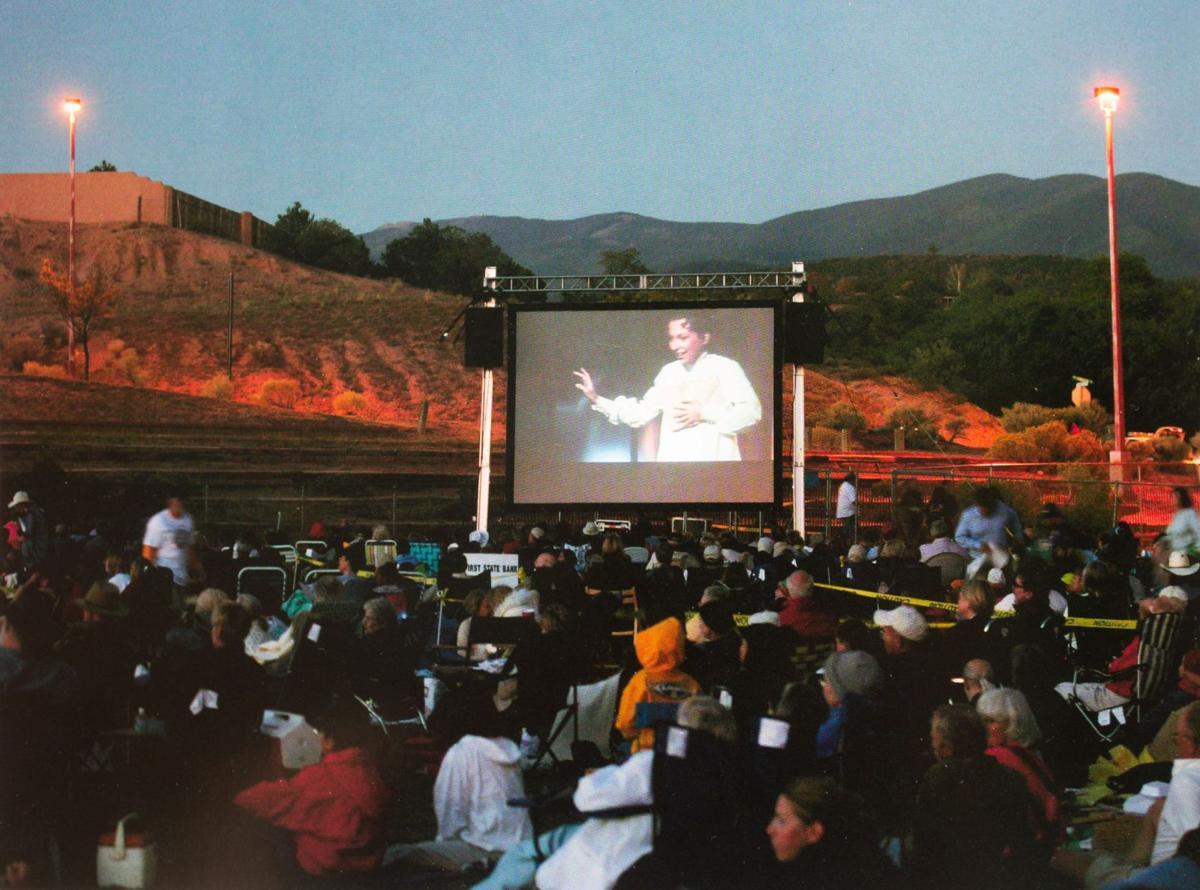 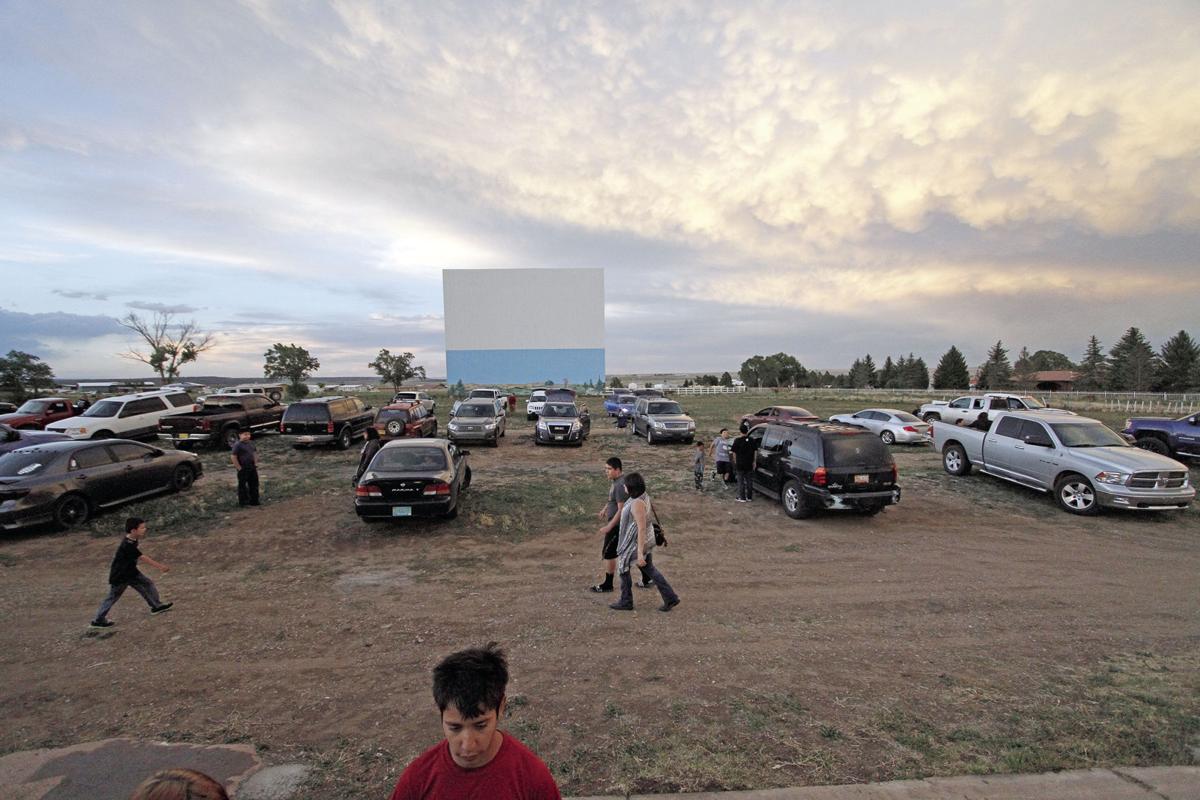 Above: The Fort Union Drive In Theater in 2014. Could movies return to the outdoors? 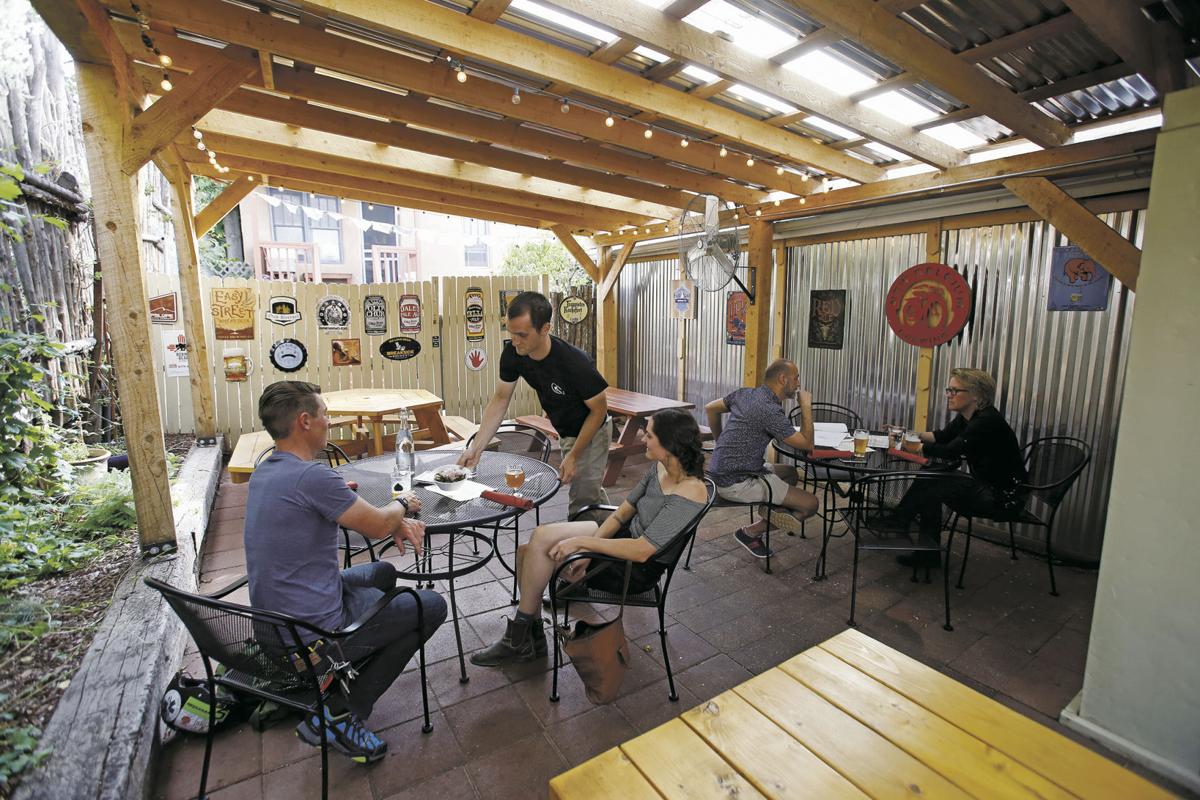 The patio of Fire & Hops in 2014. Outdoor seating could become more popular amid the pandemic. 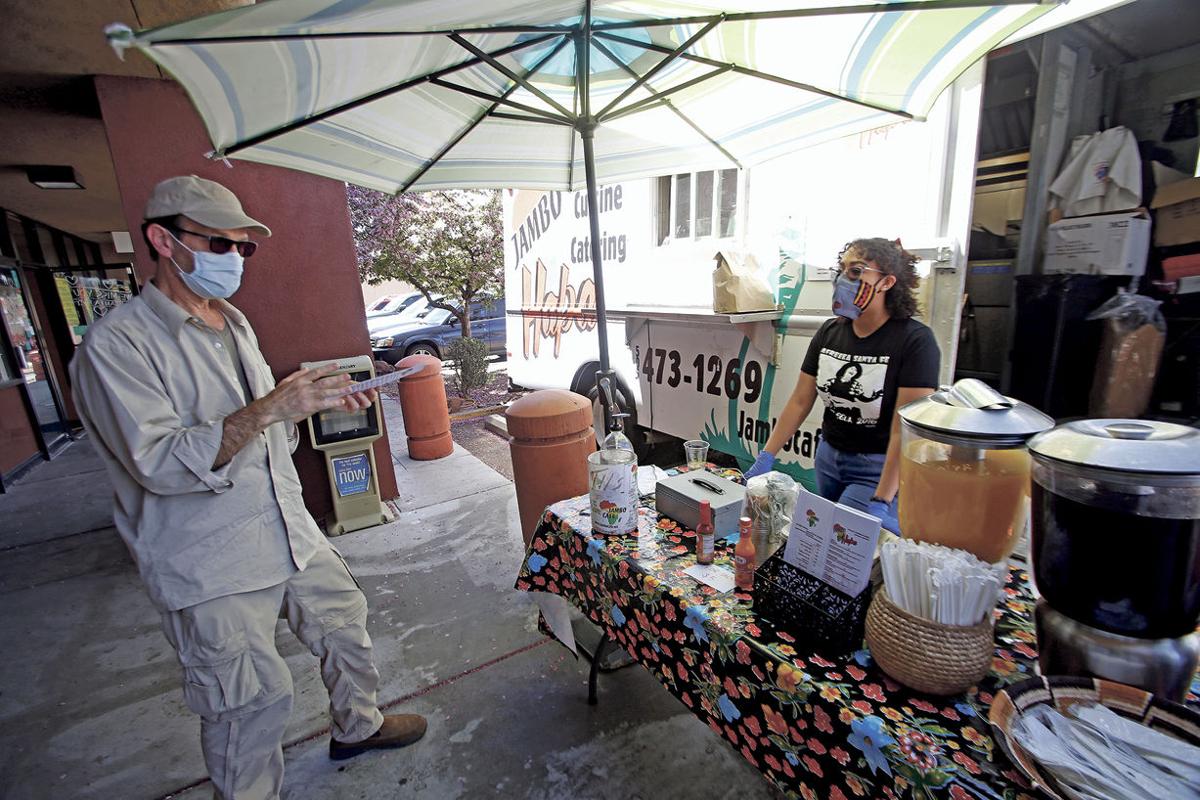 LEFT: Mima Obo takes an order recently from Mason Wagner of Santa Fe at Jambo’s Hapa food truck. Food trucks could become even more popular with the flexibility they provide.

Above: The Fort Union Drive In Theater in 2014. Could movies return to the outdoors?

The patio of Fire & Hops in 2014. Outdoor seating could become more popular amid the pandemic.

LEFT: Mima Obo takes an order recently from Mason Wagner of Santa Fe at Jambo’s Hapa food truck. Food trucks could become even more popular with the flexibility they provide.

The great outdoors may be the key to the future for restaurants and theaters.

The public — especially the older public — could remain skittish about bustling social settings even months or years after COVID-19 restrictions fade away.

Michelle Negrette sees a near future and maybe longer with more outdoor dining in more creative settings. The same could be the case for movie screenings — remember the drive-in era? — and livestreaming theater events could become commonplace overnight.

“There is going to have to be flexibility built in,” said Negrette, a revitalization specialist in creative economy and cultural planning at the New Mexico Mainstreet program. “We need to have a flexible model for the next year or 18 months.”

Estimates across the country are 20 percent to 50 percent of restaurants may not reopen once the all-clear is given. The San Francisco Chronicle and Slate have recently written about the “apocalyptic” state of the food and beverage industry that Negrette is describing locally.

San Francisco restaurant consultant Laurie Aaronson was more direct in her guidance shared with the Chronicle.

“Forget how we got here, which totally sucks, but you’ve been given this opportunity to restart,” Aaronson told the newspaper. “Most likely, we’re going to be operating with capacity restrictions and lower demand for a long time to come. Everything’s on the table: Are you going to streamline your menu, are you going to look at new labor models?”

The last two months could be a hint at the future with curbside pickup, takeout, delivery service and food trucks.

She sees more patio, sidewalk and parking lot dining — even closing streets to set up tables. Other cities are already exploring that idea.

“Exterior areas are where people will feel safer,” Negrette said. “We need to open space for vending such as setting up a table on a sidewalk. We need to enable people to sell on a walk-up basis.”

The food truck craze in numerous cities got started a dozen years ago with Roy Choi‘s Korean barbecue truck, Kogi, in Los Angeles and has since spawned a nationwide industry. But food trucks still meet resistance in many cities, where laws have not been changed to accommodate the practice and where mobile vendors are seen as competition to established restaurants.

Many cities restrict where food trucks can be located.

“There has to be flexibility to allow food trucks to be where they want to be rather than where they have to be,” said Negrette, an architect with a background in zoning and community planning.

She believes food trucks also could be critical in rural communities, where there may only be one or two family-owned restaurants.

“New Mexico has to be really innovative to get food service to rural communities,” Negrette said. “If family-owned restaurants close, it will be very hard to start up new restaurants.”

Theaters, stadiums and large performance spaces appear to be the last facilities that will reopen across the country, potentially not until next year or even later.

“All the arts and cultural outlets will be facing a lot of challenges,” Negrette said. “It will be very challenging for the next six months.”

Just when hundreds or thousands of people will be allowed to — or want to — sit in close proximity is a complete unknown.

Days after theaters were closed in Germany, the Berlin State Opera staged the scheduled Carmen with no audience in the auditorium. But the performance was livestreamed around the world.

“If we’re really good at providing alternatives, these alternatives may be here to stay,” Negrette said.

Santa Fe-based Xerb.tv has just such a vehicle with its video streaming internet channels. In response to COVID-19, Xerb launched a Virtual Events service to bring canceled live festivals online.

Alongside the screenings, audience members and filmmakers can set up profiles and display names to have discussions that update in real time.

“We felt that allowing people to forge genuine connections and have deep, constructive discussions with each other and the filmmakers was going to be critical in creating a meaningful experience,” Xerb CEO Eric Streeper said.

Negrette believes outdoor or online livestreamings could be more appealing and accessible to younger families working two or three jobs and raising kids.

“I think alternative venues will be appreciated in the future, especially for families,” she said. “There are probably more ways to show live performances in more creative venues. This is an opportunity for the arts to find new audiences.”