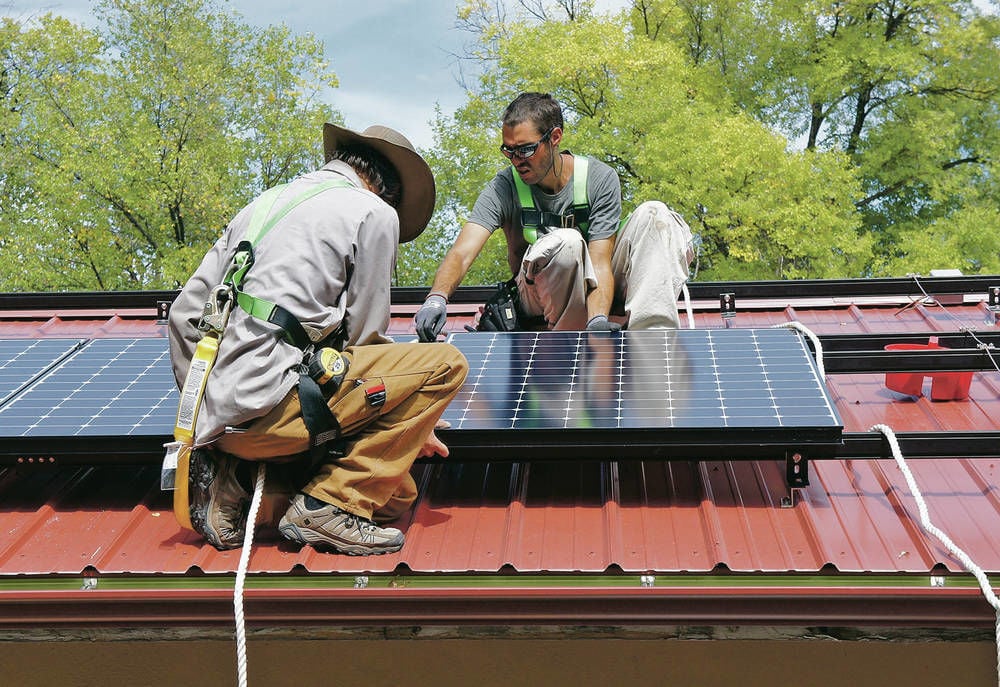 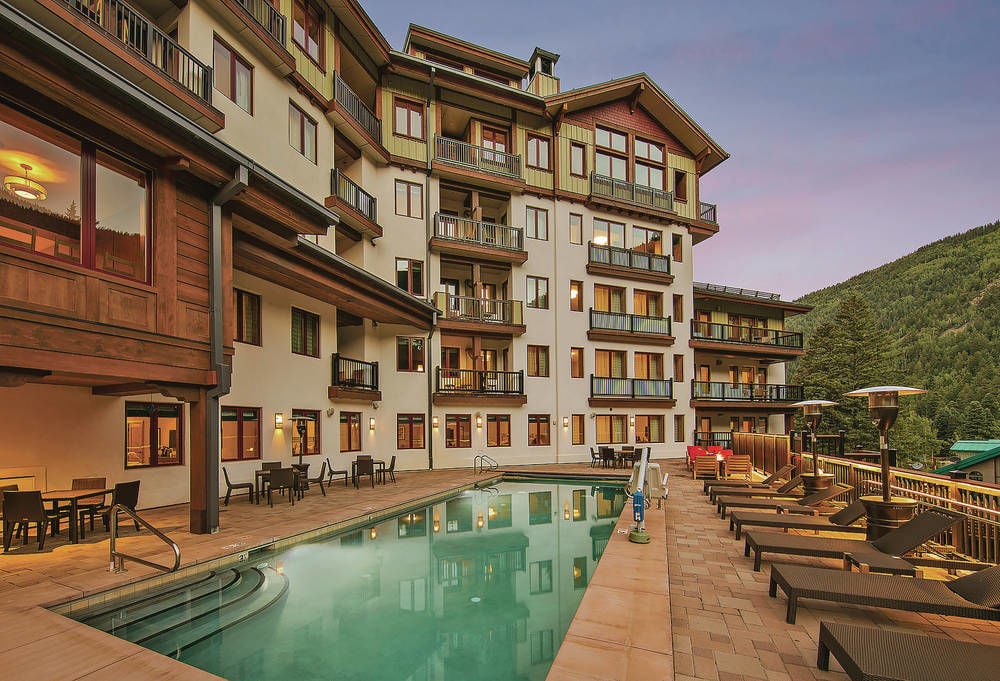 The Blake at Taos Ski Valley is LEED certified and relies on geothermal heat, and has other characteristics that score high in B Corp assessments. Courtesy image 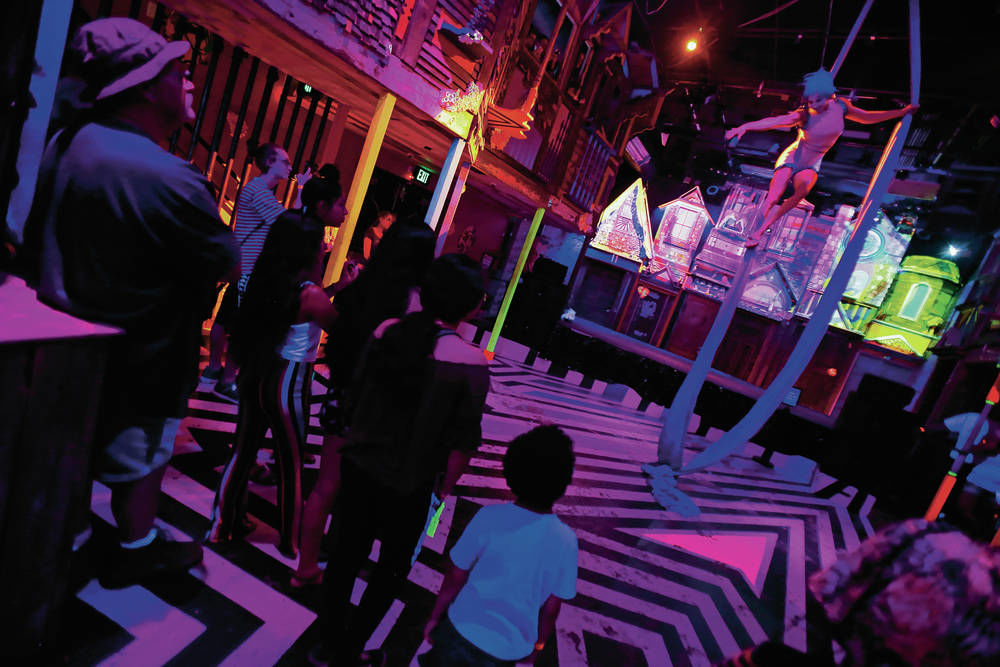 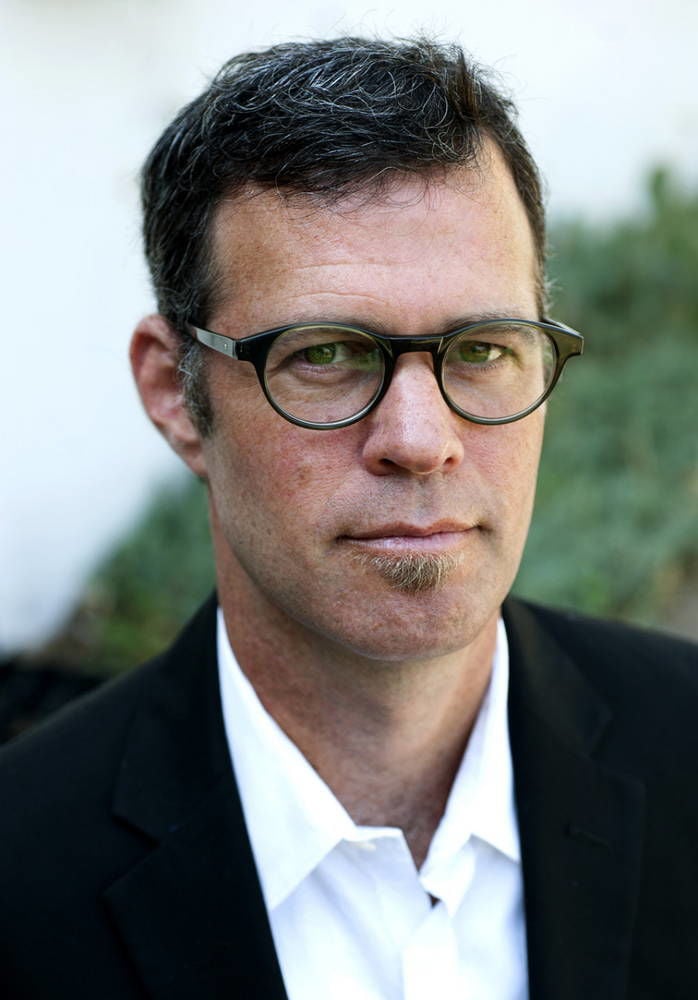 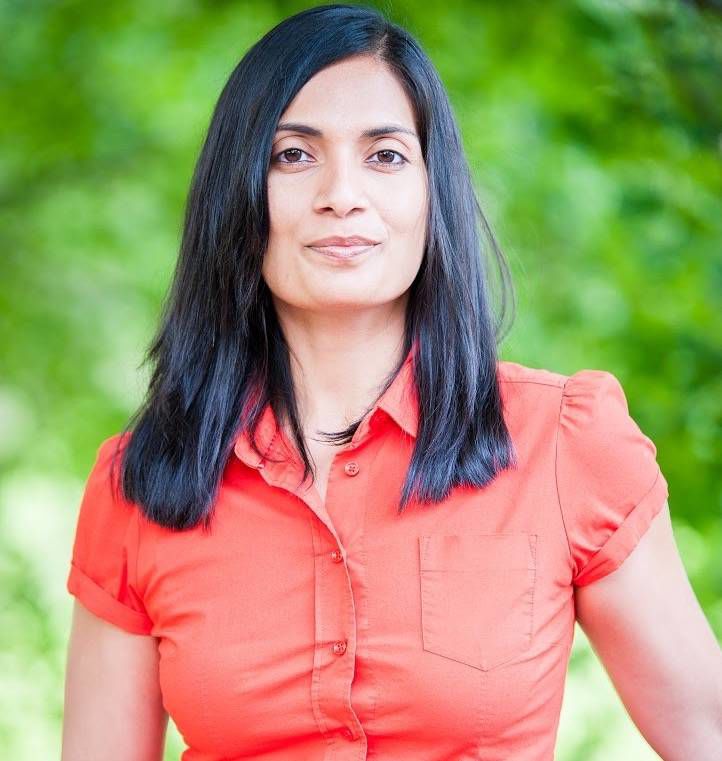 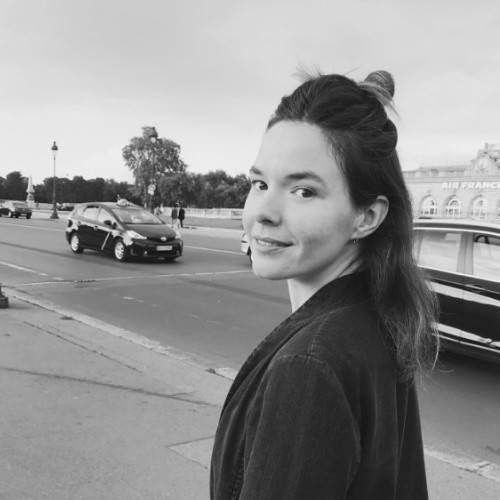 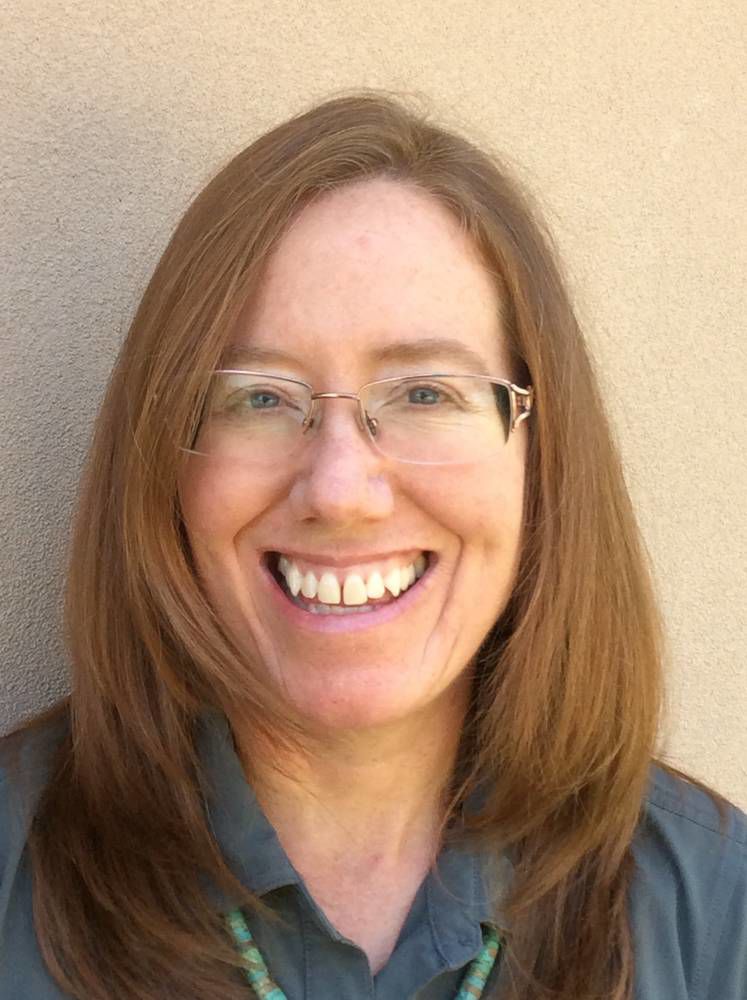 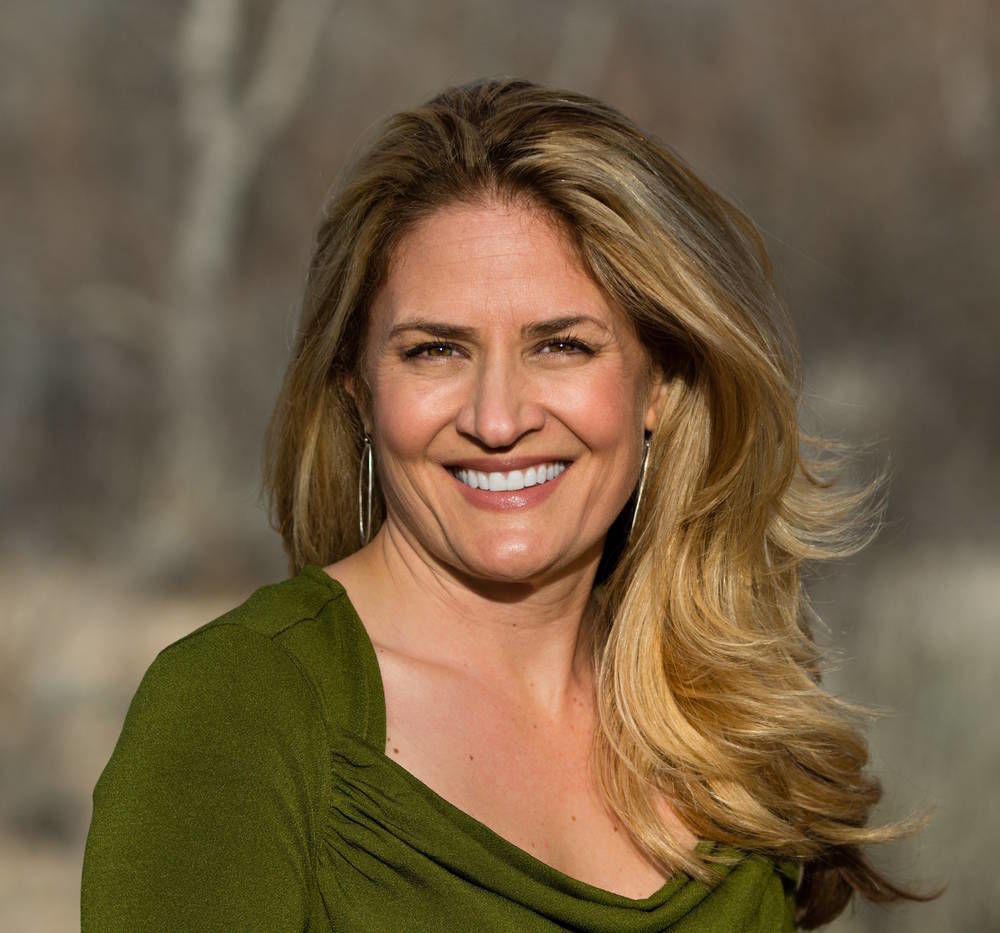 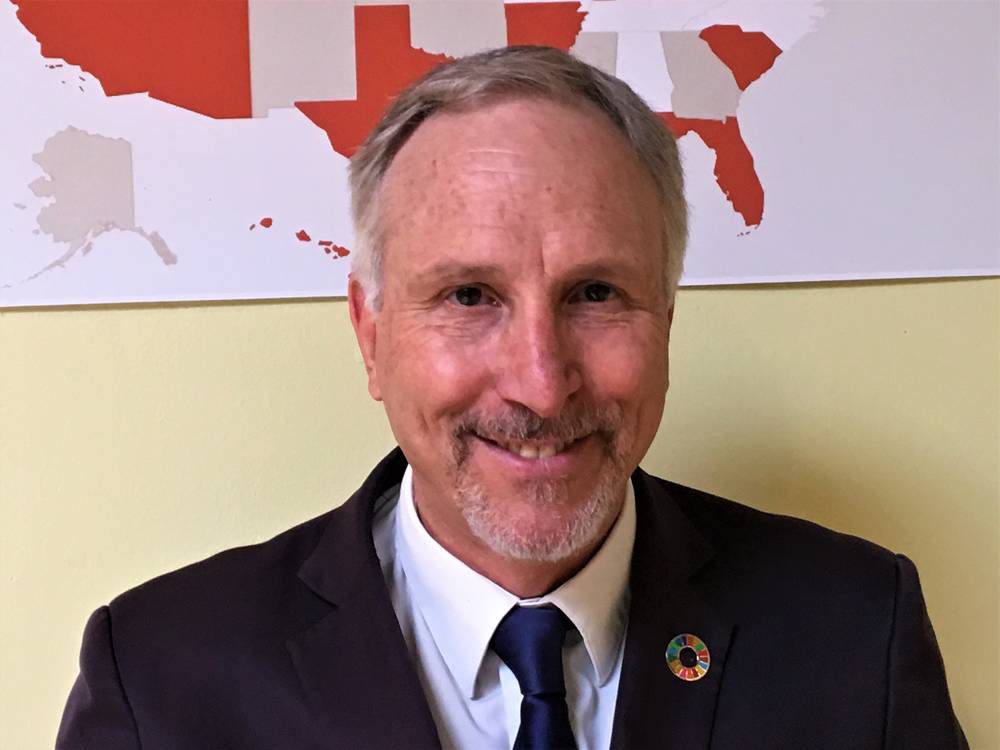 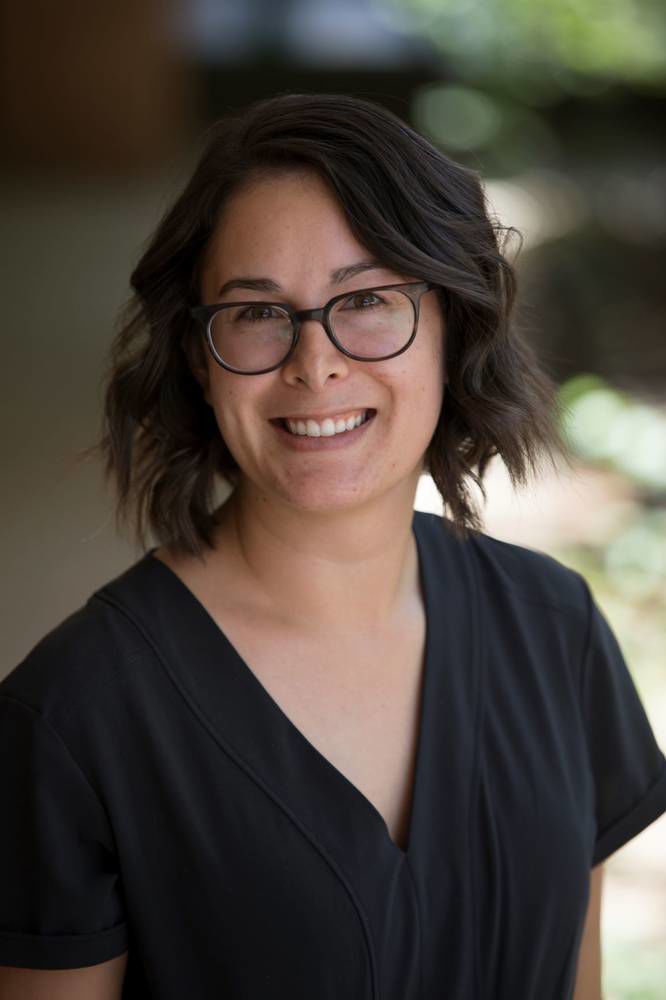 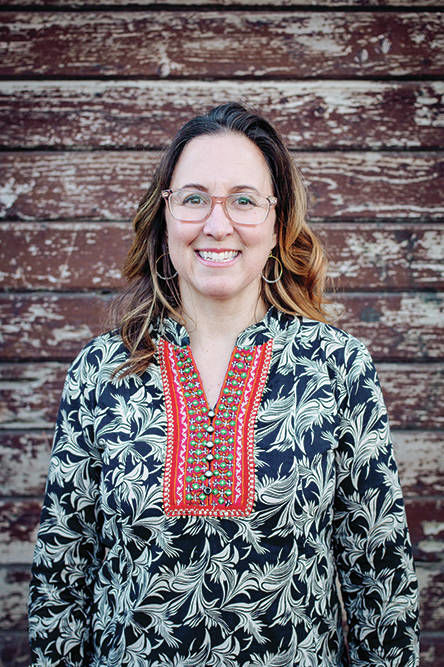 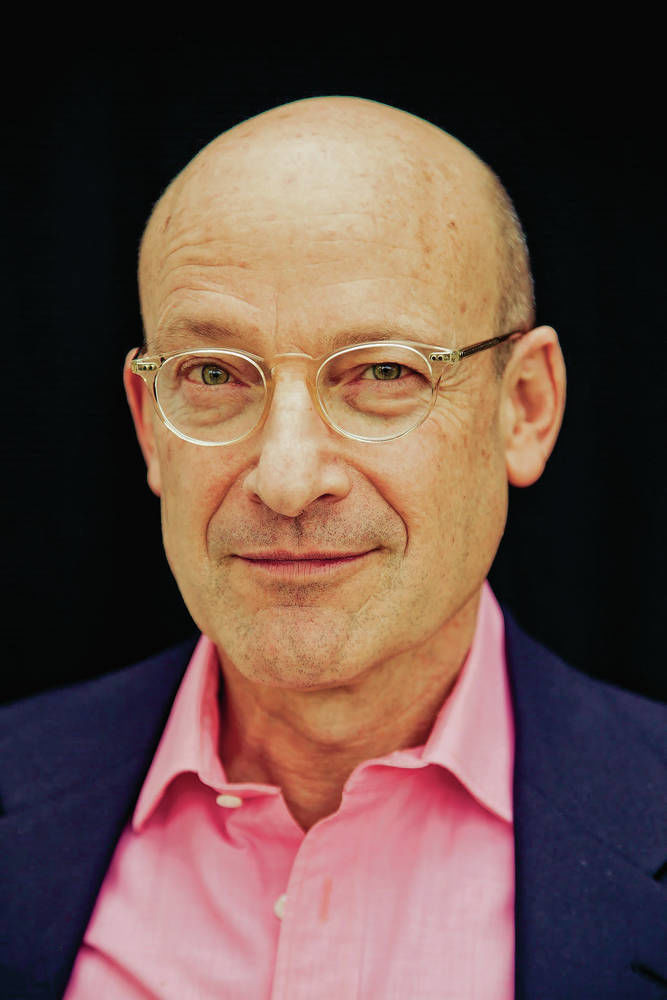 The Blake at Taos Ski Valley is LEED certified and relies on geothermal heat, and has other characteristics that score high in B Corp assessments. Courtesy image

Climate change, sustainability, social responsibility and going green are concepts that would seem to resonate more on the grass-roots level than within big government or big business.

But some smaller companies — and a few larger ones, like Patagonia, New Belgium Brewing and Ben & Jerry’s — have banded together in an attempt change the world under the maxim “business as a force for good.”

They have voluntarily submitted themselves to exhaustive evaluations to earn certification as what is known as a Certified B Corporation, or B Corp for short.

Certified B Corporations, according to the B Corp website, are businesses that meet the highest standards of verified social and environmental performance, public transparency and legal accountability to balance profit and purpose.

It’s not a government designation, but rather one dreamed up in 2006 by a private nonprofit in Berwyn, Pa., called B Lab. Its goal: Accelerate a cultural shift to harness the power of business in hopes of addressing society’s greatest challenges.

LongView Asset Management, an investment firm in downtown Santa Fe, and Banyan Botanicals in Albuquerque are the two most recent New Mexico companies to become B Corps, both in May.

The seven New Mexico firms that have become certified say they joined the movement to be more environmentally responsible, better serve the community, improve employee benefits and be part of the B Corp family so they can see what other companies in the country and world are doing.

B Corp certification has “been good for business and we’re attracting travelers who want to ‘vote with their wallets’ and visit places that share their values,” said Dawn Boulware, director of human resources at Taos Ski Valley, the only ski resort with B Corp certification. “It’s also enabled stronger relationships with our local community and staff.”

Meow Wolf, UpSpring, SecondMuse and Positive Energy Solar are the other New Mexico B Corps.

“If our government was leading the way, we might feel less compelled to do this,” said David Cantor, a LongView principal. “It’s incumbent on individuals to take the lead.”

“We began the process in May 2018 with my 26-year-old daughter [Leah Cantor, now a Santa Fe Reporter staff writer], who interned with us over this time, in charge of the project,” Cantor said. “After over 40 emails with B Lab analysts, several in-depth telephone interviews and a great many hours, we received our certification.”

The New Mexico B Corps say they have become better corporate citizens, employers and companies through the process.

For its part, B Lab says it wants to offer an alternative to business as usual.

“Quite frankly, the system is broken,” said Hannah Munger, a B Lab spokeswoman, “and we’re setting out to offer a new operating system — one that creates benefits for all stakeholders, not just shareholders. One where businesses compete to be best for the world, not just in the world. By harnessing the power of business, B Corps use profits and growth as a means to a greater end: positive impact for their employees, communities, and the environment.”

Cantor said the B Corp certification process changed the way LongView deals with employee benefits, recycles, prints and donates to charitable causes. It’s even affected the kind of paper products that are used for the copy machine and restroom.

“The biggest reason for me is the model that we had since the industrial revolution has brought our planet to the edge of collapse,” Cantor said. “I think we have to have a different model if we are going to survive. I personally don’t want to make money from weapons, private prisons, fossil fuel companies. I don’t want to make money from companies with unfair labor practices and companies that destroy the environment. What does that leave? A lot of tech or entertainment companies, consumer companies, medical research companies, renewable energy.”

B Lab certified the first 82 B Corps companies in 2007. New Mexico is in the upper half of states with the number of B Lab-certified Benefit Corporations. Regionally, Utah has five B Corp companies listed on the B Corp website, Nevada has three and Arizona has seven. Texas has 27. Colorado is among the leaders with 96 B Corps.

Many states have jumped on the B Corp bandwagon, with 34 in recent years enacting legislation that enables companies to incorporate as a benefit corporation. New Mexico has tried to enact such bills, but former Gov. Susana Martinez pocket-vetoed a widely supported measure in 2015. The 2017 version did not get out of its first committee, and the 2019 bill stalled in the House Judiciary Committee.

Rep. Daymon Ely, a Corrales Democrat and vice-chair of the House Judiciary Committee, likes the benefit corporation concept but said he objected to a provision in House Bill 118 that would provide immunity from lawsuits against a company’s actions for the “public good.”

Ely said he doesn’t mind providing immunity from shareholder lawsuits but not from third-party lawsuits.

“The message we are touting is it’s going to take a lot of action done by business to address these issues that we have,” Schiffbauer said. “I think there is a corporate culture now that embraces the kinds of values of sustainability from an employer standpoint. The leadership wants that to filter through all their business. “

Universities also have embraced the B Corp concept, with at least nine schools, including the University of New Mexico, establishing a network in 2016 to study the global movement of B Corporation certification and benefit corporations.

The movement is still essentially grassroots, but the time has come to take the benefit corporation concept into the mainstream, said Garima Sharma, a UNM assistant professor of strategic management and B Academics board member who has studied B Corps for a couple years.

“They think they are out there to change the world,” Sharma said about B Corp companies. “What people are attracted to is it’s a movement, not just a certification. They see it as a stamp on what they are doing. The biggest benefit of getting certified is it’s a community. They can share best practices with each other.”

An investment firm might sound like an unlikely candidate to seek B Corp certification. Even in New Mexico, several B Corps are environmental companies. But LongView’s Cantor counters that socially responsible investing has a deep history that goes as far back the Civil War era and includes historical markers such as mutual funds staying away from investments fueling the Vietnam War and universities divesting from South Africa in the 1980s.

“Our approach is fiduciary responsibility,” Cantor said. “We also have a responsibility to the beneficiaries’ children and children’s children and a responsibility to the planet. Destroying the planet while investing for the future doesn’t make sense. It’s been about 10 years. It started with one client saying ‘I want a socially responsible portfolio.’ We realized the performance of our socially responsible investments was as good if not better as traditional portfolios. At this time, we only work with clients who want to invest sustainably.”

Schiffbauer predicts more New Mexico companies will be willing to undergo the B Corp certification process.

“I would say in the next couple years we could be at 20 B Corps,” Schiffbauer said.

B Corps in New Mexico

B Corp certification: May 2019

UpSpring is a network of professionals headed by Drew Tulchin working to bring ideas into reality through business planning, finance, paths to raise capital and market feasibility. UpSpring became the first New Mexico B Corp just one year after Tulchin founded the company. Tulchin also did the legwork for Meow Wolf’s B Corp certification, and he encouraged SecondMuse to purse B Corp certification.

“It was always important for me to have business for good and using the marketplace for a better tomorrow,” Tulchin said. “Eighty percent of our clients work with disadvantaged populations. We are very focused on helping out businesses focusing to build a better world.”

B Corp certification: May 2019

Banyan Botanicals is an Ayurvedic lifestyle company that specializes in health products made from Ayurvedic herbs, such as tablets, oils, soaps, spices and more.

“We recognized that certifying would help us bring our values to life in more impactful ways,” said Erin Douglas, corporate responsibility manager at Banyan Botanicals. “Banyan is a mission-driven business, and our customers and employees come to us because we care about more than just profits. … Before we started the B Impact Assessment, we were humble enough to admit that we could be doing more to benefit people and the planet. Certification helped us identify opportunities to do more.”

B Corp certification: May 2017

“You can have a company that has a mission focus on environment,” said Carrie Freeman, managing partner at SecondMuse. “They may not be running the business in the best way possible. Getting a B Corps certification you are very interested across all the categories. That you have policies in place and also track them. We updated our operating agreement. We always try to use local vendors. We didn’t have a director [of local vendors] before. We didn’t have the organization very clear. We did very high level surveys of our vendors to understand their status and demographics. Are they minority owned?”

Taos Ski Valley was the first ski resort to achieve B Corp certification.

“The certification process was extensive because we had to collect and analyze an extraordinary amount of data on everything from where and from whom we purchase, our energy and water usage, our wage structure for all employees including seasonal workers, to our philanthropic giving,” said Dawn Boulware, director of human resources. “We have always operated with an eye on these values, but B Corp Certification was a way for a third-party to independently verify and certify our efforts.”

B Corp certification: May 2013

B Corp certification “makes you focus on the internal process for the company,” said Christopher Fortson, marketing manager at Positive Energy Solar. “We were already doing these principles. This is measurable. You can improve on it. We can see how we stack up against other companies. It has made us more transparent and accountable for those things.”