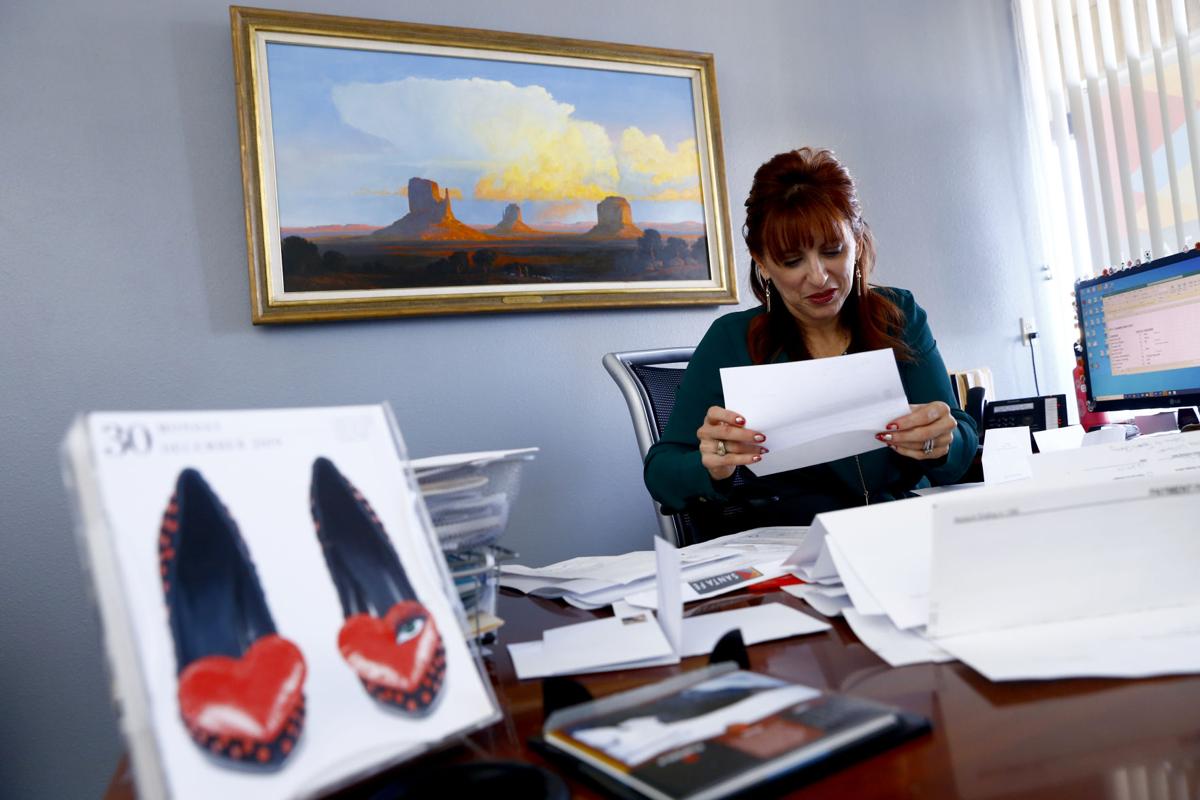 New Santa Fe Chamber of Commerce President and CEO Bridget Dixson says she wants to broaden the chamber’s scope to bring more attention to the city’s south side and involve more Hispanic, women and younger entrepreneurs. 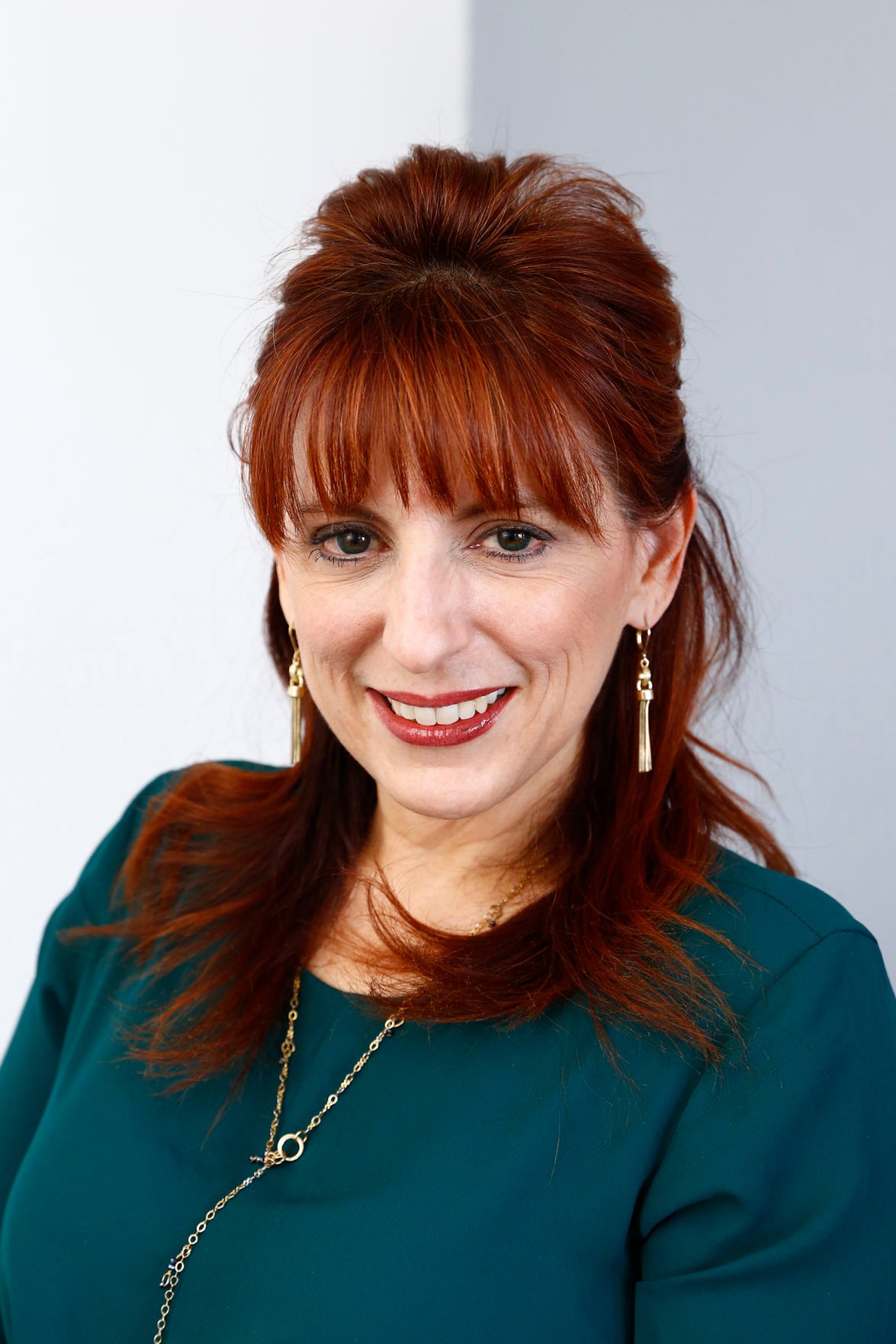 Bridget Dixson at her office at the Santa Fe Chamber of Commerce.

Bridget Dixson will be the new voice advocating on behalf of Santa Fe’s business community during the upcoming legislative session after 13 years of Simon Brackley making the rounds at the Roundhouse. And while she’s quick to note the Santa Fe Chamber of Commerce’s board of directors run the show, she’s ready to be the organization’s traffic cop, both at the Capitol and in town.

Dixson became president and CEO of the chamber Nov. 1 and has spent the first two months introducing and reintroducing herself to business people around town. She has worked for the chamber since 2010, but her decade there was focused on operations, while Brackley did much of the external work.

The chamber’s board of directors has yet to formally adopt legislative priorities, but Dixson said they likely will revolve around supporting measures involving early childhood education, Santa Fe Regional Airport’s expansion and infrastructure matters.

“As the chamber president, I will collaborate with other business advocates to support legislation that makes it easier to do business in New Mexico, with particular focus on startups and woman-owned enterprises,” Dixson said. “The chamber also supports infrastructure improvements that benefit local residents and businesses.”

Dixson also wants to broaden the chamber’s scope to bring more attention to the city’s south side and involve more Hispanic, women and younger entrepreneurs.

“We need more diversity, a more diverse board [of directors],” Dixson said. “I do feel there is a huge gap that we do not tap into. Do they feel separated? Do they feel they are not connected to our community? We need the next generation on the board. We need to get Hispanic women and Hispanic men. I want more next generation. I totally get that. It’s our future. They are our future workforce. We need to get them engaged.”

Dixson is Hispanic and lives on the south side near Presbyterian Santa Fe Medical Center.

“I’ve been meeting with a lot of businesses on the south side,” she said. “I feel Airport Road is vital. What can we do to assist business on Airport Road? We are going to be collaborating with the Hispanic Chamber of Commerce. I want to meet with District 3 and 4 councilors.”

Dixson said she has had initial conversations with David Fresquez, president of the Santa Fe Hispanic Chamber of Commerce.

“I think the Hispanic chamber is willing and capable of achieving business goals with a partnership with the Santa Fe chamber,” said Fresquez, who stressed the Hispanic Chamber will remain an independent organization. “We are just in the early steps of collaborating with each other.”

Dixson said collaboration, with both the Hispanic Chamber and the community as a whole, is paramount.

“We need to be more supportive of the south side,” Dixson said. “It’s not downtown and the south side. We are one community. How do we bridge that gap? We are the voice of the business community. We need to support the whole community no matter the generation, age or ethnicity.”

As the chamber’s vice president, Dixson championed women-owned businesses and has staged four Women’s Leadership Luncheons that have grown in attendance from 120 to 360.

“What’s interesting to me is how it evolved,” she said. “The first luncheon had women of different ages and different backgrounds. So many of these women wanted mentors. The second luncheon focused on mentorships. The third luncheon was about women in first-time executive positions.”

“I feel we need to take it to the next level,” Dixson said. “I want a chance to do something throughout the entire year for women in business. I would like to have workshops every quarter. More and more women are leading our workforce. We need to learn how to support each other, lift each other up, be each other’s cheerleaders.”

Dixson, 50, is a native New Mexican. She grew up in Albuquerque and has lived in Santa Fe for 22 years. Her husband, David, works at Los Alamos National Laboratory, daughter Cierra is a student at New Mexico State University and daughter Paris is a student at St. Michael’s High School.

Dixson, who has a bachelor’s degree in business from the University of Phoenix, spent nearly 20 years in the travel industry. For a while, she also was a personal trainer and fitness instructor. She joined the chamber in August 2010 as a travel coordinator and then progressed through membership development and event coordination.

“They do the footwork for the vision we are moving forward with,” she said. “It’s not what Simon wants, what Bridget wants.”