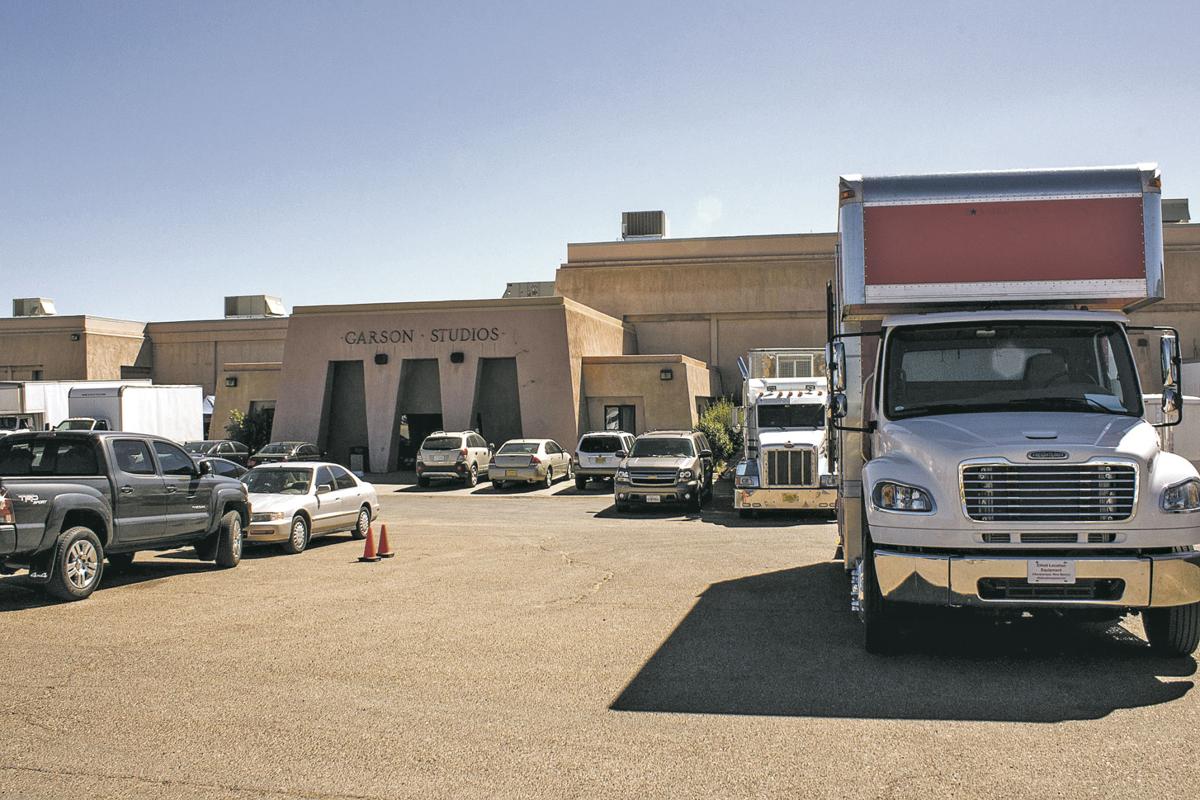 With Garson Studios already in place, the University of New Mexico and Santa Fe Community College have been talking for some time about establishing a film school at the midtown campus. 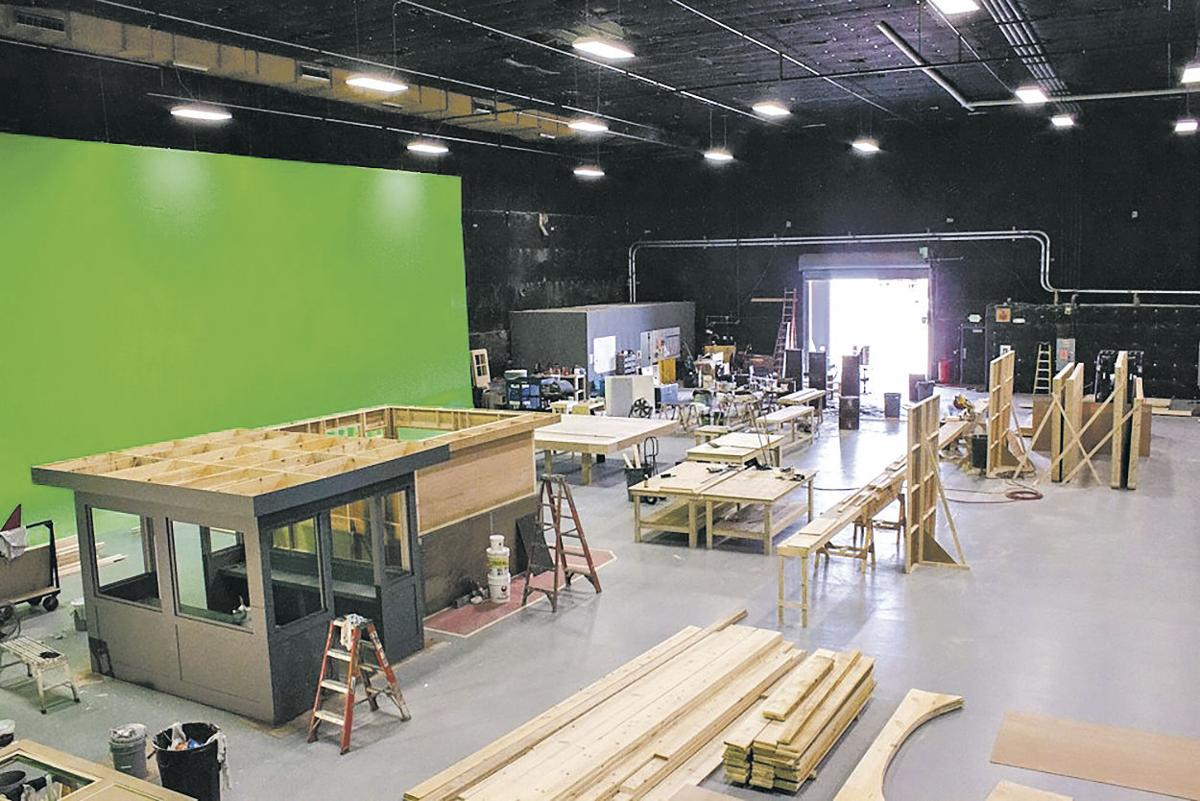 A previous production in a soundstage at Garson Studios. Pacifica Ventures

— among the partners in a 17-entity redevelopment team — foresees building more of those kinds of facilities at the midtown campus.

With Garson Studios already in place, the University of New Mexico and Santa Fe Community College have been talking for some time about establishing a film school at the midtown campus.

A previous production in a soundstage at Garson Studios. Pacifica Ventures

— among the partners in a 17-entity redevelopment team — foresees building more of those kinds of facilities at the midtown campus.

A master plan may still be far away, but a group that calls itself Team Midtown already has some fleshed-out thoughts about what could happen with the 64-acre, city-owned campus on St. Michael’s Drive.

Among the most interesting discussions: The University of New Mexico and Santa Fe Community College have been talking for some time about establishing a film school at the onetime college campus.

With Garson Studios and its three soundstages already in place at the campus, Pacifica Ventures — among the partners in a 17-entity redevelopment team — foresees building more of those kinds of facilities at midtown. It’s another chapter for a company that developed and operated Albuquerque Studios before selling it to Netflix in 2018.

“We will be creating literally thousands of jobs,” Katersky said. “These are high-paying jobs. The last thing [film production companies] want to do is import people. To have a trained local workforce will continue to expand the business.”

UNM, the community college and Pacifica Ventures are among the 17 local organizations and businesses comprising Team Midtown, a moniker embraced by recommended master developer KDC Real Estate Development & Investments/Cienda Partners. Executives for the Dallas-based group have acknowledged members of the Santa Fe group approached them to tie the local vision together and implement the project.

“We are just a steward,” added Philip Wise, co-founder of Cienda Partners, which owns La Fonda on the Plaza and once owned El Rey Court hotel.

“One of the benefits of already having this local team is everyone already has connections with local groups,” said Morris-Greene, general manager at Sam Goldenberg & Associates, a Santa Fe business brokerage. “What we’re hoping to do is create something uniquely Santa Fe.”

Team Midtown had its second Meet the Developer public session last week on the city’s YouTube channel with team members appearing in 25 video images arranged in a grid. About 70 people tuned in.

More virtual Meet the Developer sessions are scheduled for May 26, June 3 and June 17, also on the city’s YouTube channel. Public questions are fielded via email and YouTube comments.

The City Council on May 4 selected the Texas firm as master developer, and the city and KDC/Cienda will now enter into exclusive negotiations that could last as long as 16 months, followed by likely more than 10 years of construction.

Immediately following that vote, Team Midtown outlined its preliminary vision in the first virtual Meet the Developer session, giving a basic sense of a proposal that includes housing, health care, education, film production and other components.

Until then, KDC/Cienda had adhered closely to the city’s command that the seven master developers under consideration for the midtown campus not publicly disclose any proposal details. The city insisted state procurement statutes require secrecy because the process was a competitive sealed procurement, but several applicants spoke publicly about their midtown thoughts.

Along with film school considerations, SFCC President Becky Rowley has had discussions with Lillian Montoya, CEO of Christus St. Vincent Regional Medical Center, another project partner. The hospital wants to place a health care center either at the midtown campus or in that part of town.

Rowley said SFCC is considering launching a surgical technician program and expanding its licensed-practitioner nurse program at the midtown campus.

“We are poised to do whatever we need to do to fit the community need,” Rowley said.

KDC and Cienda Partners were brought in to take individual plans from the 17 partners and incorporate them into one master plan. But even more partners are likely to join, Feild said.

“It’s not just these components but how they fit together,” he said. “How to blend these partnerships? We are talking to quite a few folks that were part of other teams [that sought the midtown campus project]. We are very excited about some of the calls we get.”

“We’re hyperfocused on the extra land [around the campus],” Guthrey said. “It’s much larger than 65 acres.”

According to the city public announcement, the dates are May 26 and June 18th? Whose dates are correct? Where on the city website--not youtube or some social media page are these meetings publicized. I also understand that the last meeting was not publicly noticed which is a violation of the Open Meetings Act. And David Coss promised 5000 new jobs and it didn't happen. The construction industry promised lots of jobs for the city waiving certain fees--and there was no increase of construction. So how exactly is the film school going to generate thousands of jobs? Let's stop with the generalizations and pie in the sky promises and see real data.