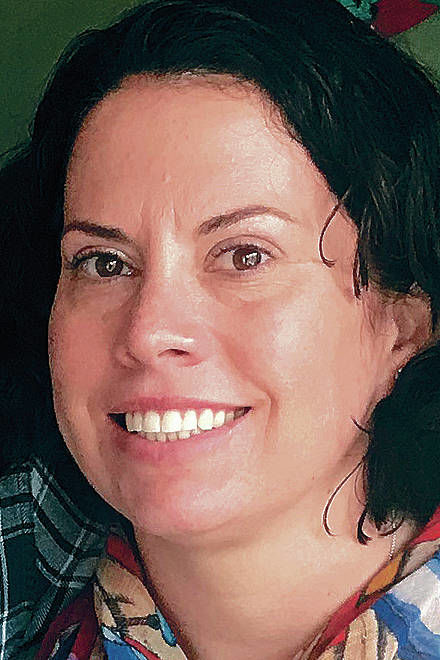 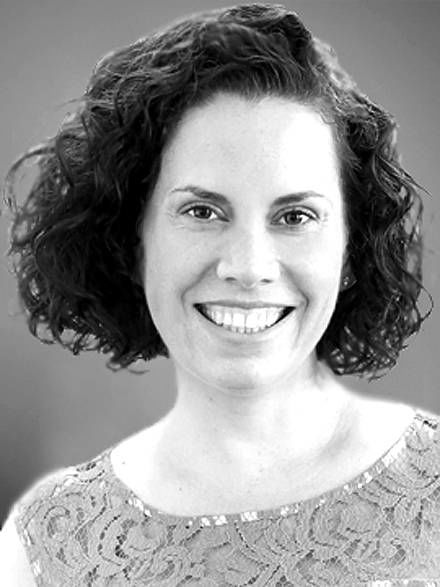 Fast-growing Descartes Labs, the 3-year-old Los Alamos spinoff that is making its home in Santa Fe, has its first chief marketing officer.

Julie Crabill and family are relocating from the San Francisco Bay Area, where she has been a strategic adviser in marketing and communications for tech startups, which is how she got to know Descartes co-founder and CEO Mark Johnson.

Johnson, 39, whose company is helping to pioneer the business of harnessing Big Data, using super-fast computers and artificial intelligence software to refine massive amounts of information into useful knowledge, has been recruiting a team that includes people with advanced degrees in such fields as computing, math, engineering, climate science and software development.

He told The New Mexican that Crabill, 41, is coming on board because “we need to tell our story a little bit more,” and to serve as “a trusted adviser on how to build things that address the larger market.”

She is among dozens of personnel who eventually will move into a new headquarters on North Guadalupe at West Alameda streets, where Descartes is about to remodel a downtown commercial building that has been vacant for years.

The company, which reportedly was the top funded startup in New Mexico in 2017, accounting for over half of the total venture capital raised, now has about 54 employees, about a third of whom currently work in Los Alamos, San Francisco, New York and Washington, D.C.

When Santa Fe city councilors signed off on a $100,000 economic development grant last month, they were told Descartes over the next five years expects to employ up to 90 people in jobs paying an average of $140,000 a year.

The Santa Fe Margarita Trail tourism promotion, in which imbibers earn rewards by having a “passport” stamped when they order a margarita at participating bars, has been turned into an app.

For $3.99, you can download the app onto a smartphone, which the city tourism office says provides an interactive map that locates the nearest watering hole where you can get a margarita and a virtual stamp on your passport. It also sends notifications of progress toward earning rewards.

With the launch of the app, two new award levels were added. In addition to getting a T-shirt after five stamps, when you accumulate 10 stamps, you become a provisional member of the Margarita Society, “an exclusive membership allowing access to events, seminars and tastings.” Once you’ve downed 15 qualifying cocktails, full membership is achieved, which comes with a lapel pin, membership card and certificate, plus a Margarita Society newsletter.

Since inception in May 2016, the tourism bureau says, more than 7,500 Santa Fe Margarita Trail Passports have been sold and over 2,600 prizes awarded. A total of 75 participants have completed the entire “trail,” sipping all 31 of the margaritas offered, which yields a Margarita Bartender Kit.

The median award amount has averaged $36,000, said an announcement from the fund, established by Los Alamos National Security LLC in 2006. Funding partners this year include the city of Santa Fe, Santa Fe County, Los Alamos County and the New Mexico Manufacturing Extension Partnership.

To be eligible, companies must be headquartered in one of seven northern counties, with preference given to firms that can demonstrate ability to stimulate job growth and attract additional revenue to the region.

Applications, due March 12, are reviewed by a panel of entrepreneurs, investors and economic development professionals.

Information, including the application, terms and conditions, eligibility criteria, and workshop schedule, can be found at https://rdcnm.org/vaf/.

A new report suggests that New Mexicans are among those increasingly turning to the internet to assess and monitor their health, with half of New Mexico residents surveyed admitting they consult Google or other search engines rather than a medical professional.

This is higher than the national average of 44 percent, according to research conducted by a medical malpractice law firm in Seattle. The Tinker Law Firm said its findings are based on a national survey of 3,000 adults.

The survey also found that 30 percent of Americans use home remedies to deal with health issues, the report said, “perhaps to avoid high medical costs, or because of busy lifestyles.”

The report said women are more likely to self-diagnose, with 36 percent of women using home remedies over a doctor, compared to 29 percent of men.

And 1 in 5 parents said they would consult the internet regarding their children’s symptoms before going to see a doctor.

“Though it may be a cheaper and quicker alternative, going online to assess our health may be fueling the rise of ‘cyberchondria’ in America,” a news release said, “with 15 percent of respondents stating that they cause themselves anxiety by Googling their symptoms.”

The New Mexico Educational Retirement Board fund, which provides defined pension benefits to the state’s public educational employees, posted net investment gains of more than $1.6 billion for the 2017 calendar year.

This represents a return of 13.9 percent for the year, net of investment manager fees, a statement said. The gains bring the fund to a new high in assets of $12.9 billion as of Dec. 31.

As for longer-term results, net of investment management fees, the fund investments returned 7.8 percent over the last three years, 8.5 percent for the last five years and 9.2 percent since July 1983, the statement said.

“2017 was a very good year to be an investor in the capital markets as stock markets across the world were particularly strong,” said Mary Lou Cameron, who chairs the Educational Retirement Board. She also noted, “Reaching a new high in assets is gratifying, but we must continue our work to meet our long-term sustainability goals for the fund.

The educational retirement pension plan covers close to 60,000 active members currently paying into the system and 47,000 retirees, ranging from public school teachers, administrators and staff to college faculty and staff.

You don’t have to be female, but the Santa Fe Professional Business Women organization is seeking candidates for its Young Professional Program.

To be eligible, candidates must be between the ages of 19 and 35, have been employed in business or the professions with at least one year full year of full-time work experience in her/his career area and “be outstanding in scholastic work and community service,” an announcement says.

The individual selected will represent the Santa Fe group at the Professional Business Women of New Mexico state conference in Raton in May.

Katrina Johnson, president of the Santa Fe organization, said nominations are being accepted through March 2. Young professional women or men may be self-nominated or nominated by an organization, employer or colleague.

The public is invited to attend the local program at 5:15 p.m. March 27 at Quail Run; reservations required. For nomination information, contact the group’s vice president, Shelbie Loomis, at 505-577-6107.