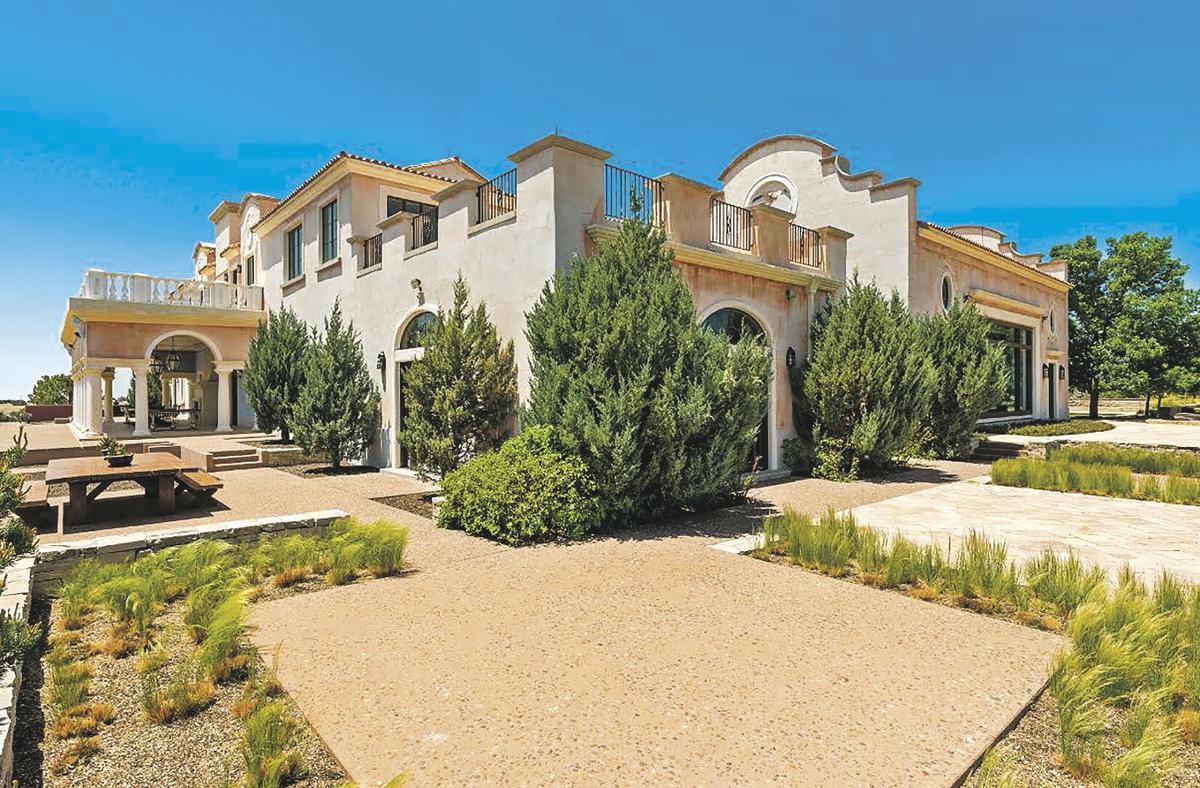 A photo from the Sotheby’s International Realty listing for Zorro Ranch in Santa Fe County, which will have a price of $27.5 million. 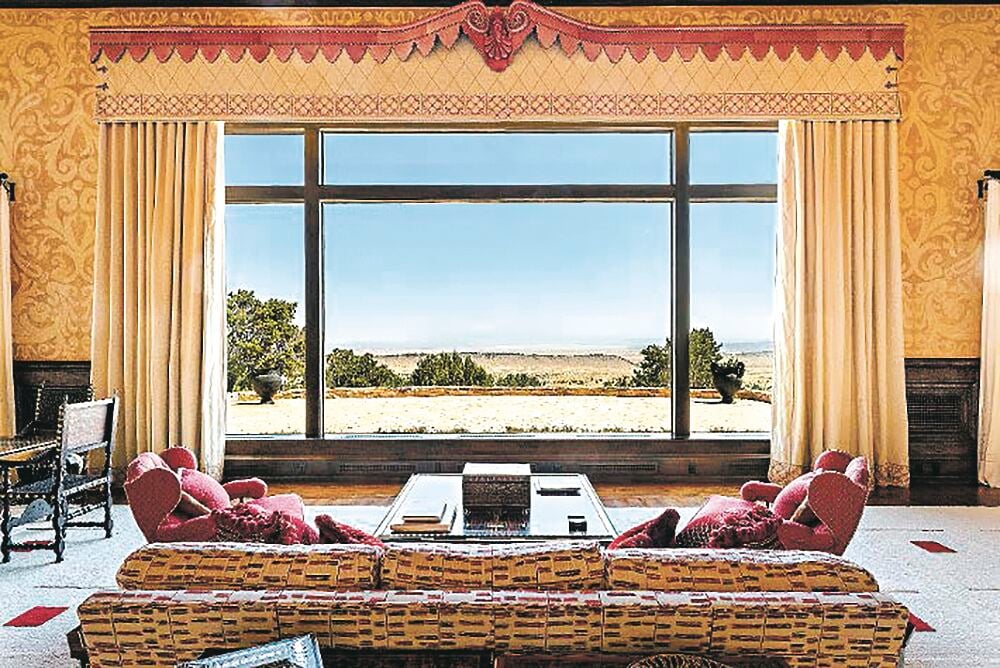 A photo from the Sotheby’s International Realty listing for Zorro Ranch in Santa Fe County. 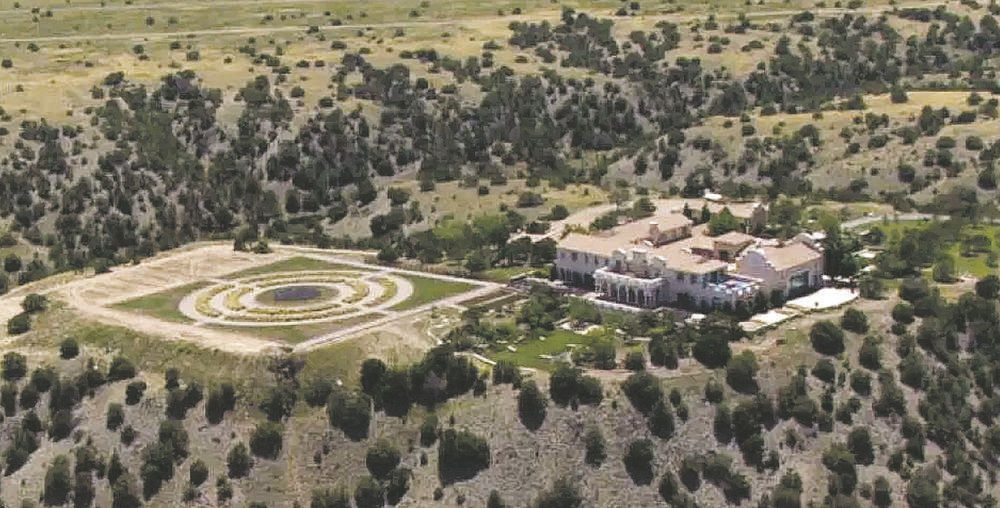 Jeffrey Epstein’s Zorro Ranch near Stanley is being listed for $27.5 million.

A photo from the Sotheby’s International Realty listing for Zorro Ranch in Santa Fe County, which will have a price of $27.5 million.

A photo from the Sotheby’s International Realty listing for Zorro Ranch in Santa Fe County.

Jeffrey Epstein’s Zorro Ranch near Stanley is being listed for $27.5 million.

The property is being listed by the Neil Lyon Group at Sotheby’s International Realty Santa Fe. Broker Neil Lyon and associate broker Matt Desmond did not respond to calls from The New Mexican.

Epstein was a well-connected financier and convicted sex offender who authorities say died by suicide Aug. 10, 2019, in a New York City jail cell, where he was waiting for his trial on federal charges accusing him of sex trafficking girls in New York and Florida.

He left behind the 7,500-acre property in Santa Fe County, where he built a 26,700-square-foot mansion described in reports as twice as large as the next largest home in the county. Epstein told Vanity Fair the Zorro Ranch made his seven-story, 40-room Manhattan mansion “look like a shack.”

The Wall Street Journal reported proceeds from the sale of the ranch will be used to compensate claimants and pay taxes and creditors. The Epstein Victims’ Compensation Program, created in June 2020, has collected more than $140 million through sales of Epstein assets, the newspaper reported.

The asking price of the Zorro Ranch rivals Tom Ford’s 20,662-acre Cerro Pelon Ranch in Galisteo, which was listed for $48 million and sold in December for an unknown amount to a buyer who hasn’t been revealed. Lyon represented the buyer in that transaction.

“I think they priced it right,” James Congdon, a Realtor at Santa Fe Properties, said of the Epstein property. “I think it’s appropriate. It could sell tomorrow, or it could take four or five years like Tom Ford’s ranch.”

The criminal counts against Epstein at the time of his death did not include any allegations stemming from New Mexico, but news reports have said court documents and civil cases accuse him of sexually assaulting teenage girls and women at the property.

In 2019, a Michigan native identified as “Jane Doe 15” filed a lawsuit in New York alleging Epstein raped her at the Zorro Ranch when she was 15. A Kentucky woman named Maria Farmer, a former Epstein employee, said in a court affidavit Epstein and a female friend molested her sister at the ranch in 1996.

Other accusers include Virginia Giuffre, who has said she was ordered to have sex with Epstein and others on his New Mexico property. And Juliette Bryant, a South African woman, said she was sexually abused by Epstein at his various homes, including once in 2004 at Zorro Ranch.

Local real estate professionals have said the highly publicized accusations against Epstein probably won’t have much effect on what the ranch and its massive mansion ultimately fetch on the market.

The main residence at Zorro Ranch is a three-level, four-bedroom structure with a large indoor pool, gym, grand living room and library. The “exceptionally appointed kitchen [has] room for an entire cooking staff,” according to the Sotheby’s listing.

Near the ranch entrance is Ranch Central, a small village with 10 structures, including a seven-bay heated garage, the ranch office, a firehouse and the property’s original adobe residence that has been expanded.

There is a two-bedroom Yellow House and three-bedroom Red House with no sizes listed and a 1,650-square-foot, two-bedroom Blue House with a tennis court that doubles as a basketball court.

Zorro Ranch also has a three-bedroom lodge and off-the-grid log cabin as well as a 4,400-foot airstrip with an aircraft hangar and helipad.

In addition to the Zorro Ranch and his Manhattan mansion, Epstein owned a mansion on the island of Little St. James in the U.S. Virgin Islands and homes in Paris and Palm Beach, Fla.

Burn it down. Or sell it and donate the money to an organization to assist victims of sexual exploitation and violence.

Whoever buys it better do some thorough due diligence on the property inspections, and find out where the dead bodies are buried......literally.

While I would love to see $27.5 million go to his victims, I can’t picture anyone buying that piece of tainted property for any amount…. Maybe the Air Force should buy it. They can practice bombing and strafing runs there.

is the correct URL for the Sotheby’s listing — the link in the story is an “oops!”

Not enough sage in the world to purify that place.