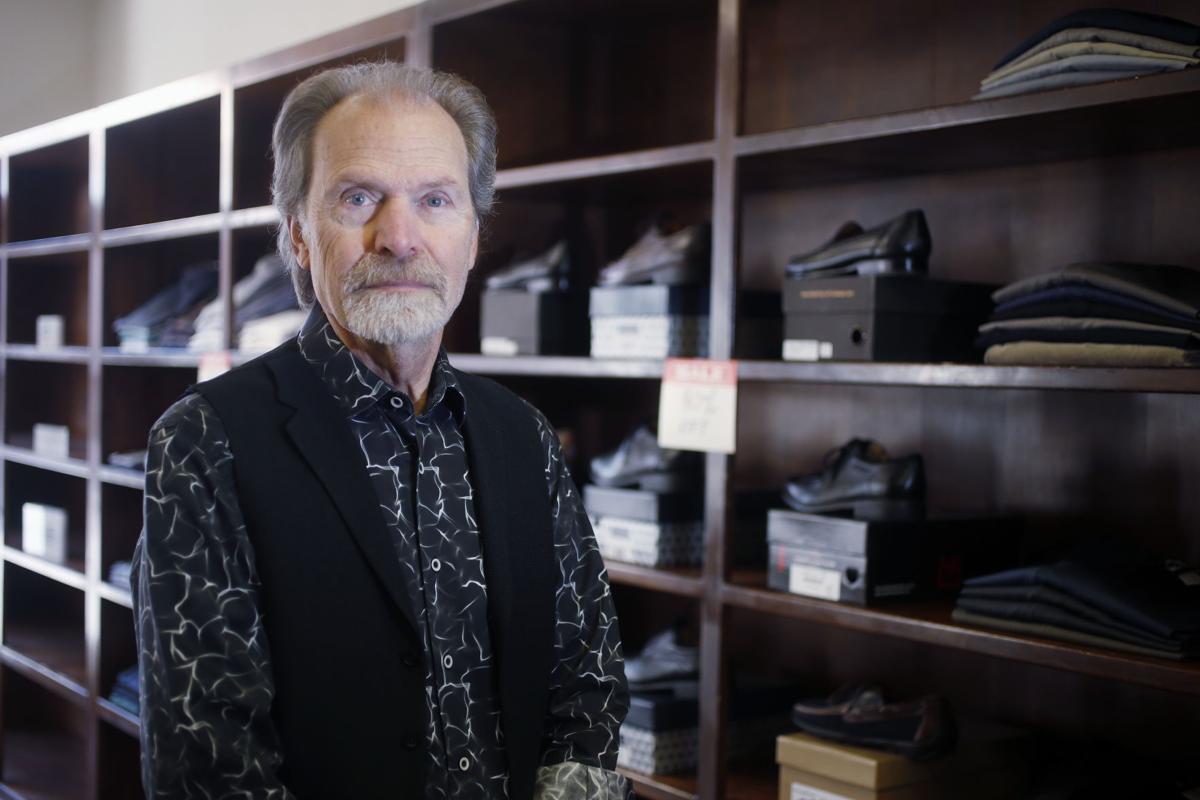 Greg Voida, owner of Harrys clothing store, is closing the store this month. Voida, who has run the shop since 1977, is retiring. 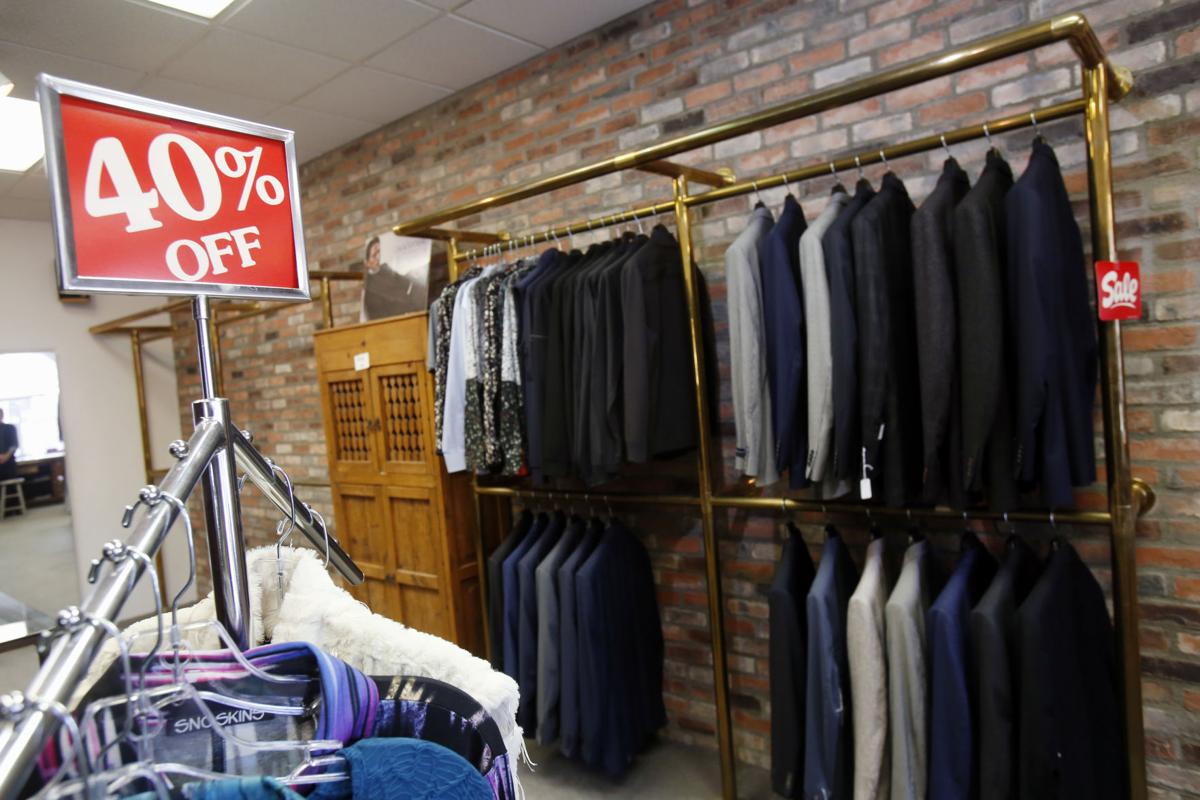 A sale sign at Harrys. The longtime Santa Fe business is closing its doors this month. 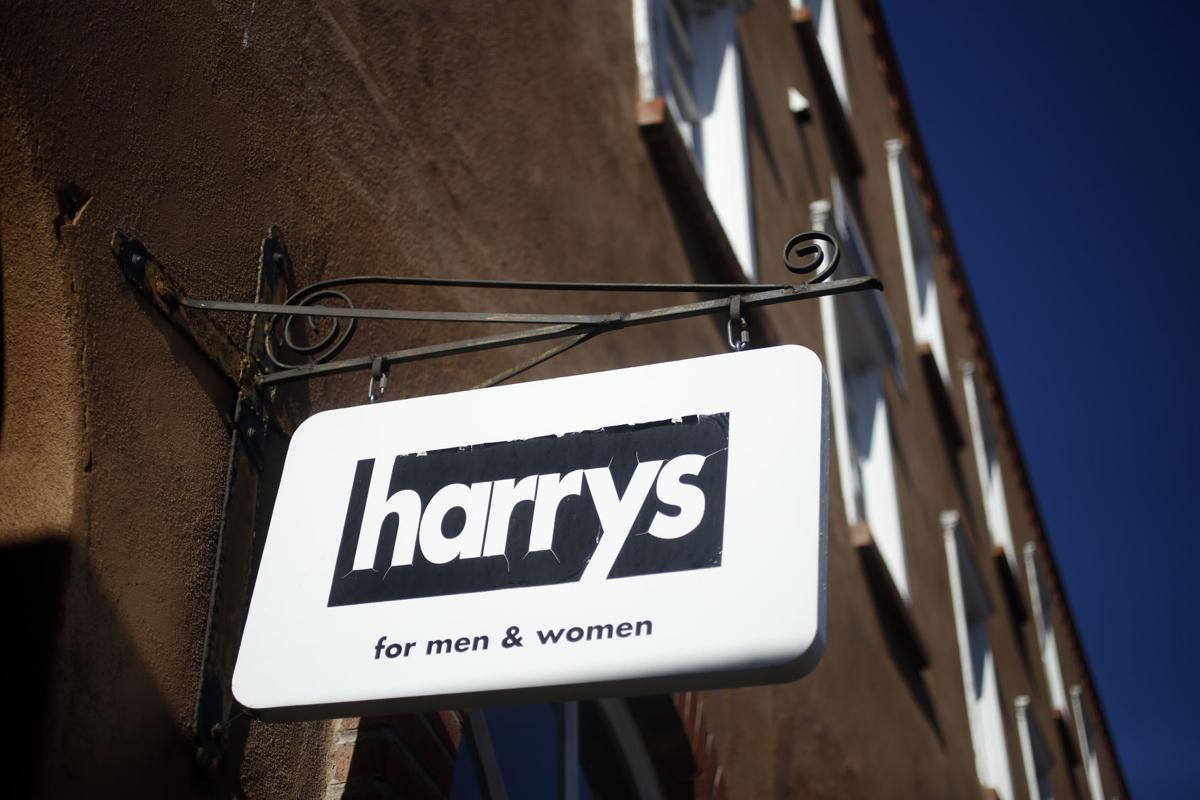 A small sign hangs above Harrys on Galisteo Street. The owner is closing the store after running it for 43 years.

Greg Voida, owner of Harrys clothing store, is closing the store this month. Voida, who has run the shop since 1977, is retiring.

A sale sign at Harrys. The longtime Santa Fe business is closing its doors this month.

A small sign hangs above Harrys on Galisteo Street. The owner is closing the store after running it for 43 years.

It’s not that men’s fine clothing is extinct — though the evolution to mostly casual is well entrenched.

“I want more leisure time, more travel time,” Voida said. “Even today there is business to be done in stores like this.”

Voida tried to find a buyer for Harrys with a business broker, but there were no takers. A Barker Realty “for lease” announcement for the 1,672 square feet at 202 Galisteo Street has been posted in a window box since around the week before Christmas.

All remaining men’s shirts, shoes and slacks sit on one-third of the wooden shelving that runs the length of the store. About a half-dozen women’s pieces remained earlier this week along with a few dozen suits and sport coats and a handful of belts and cufflinks.

Voida described Harrys as a complete men’s store with better quality clothes. He has already sold all the jeans, scarves and socks that he carried.

“We’re offering personalized service,” he said. “A lot of people, we know their name, their size, what they like.”

Harrys will remain open until a sufficient amount of clothing is cleared out. All the remaining merchandise is on display. Voida does not yet have a specific closing date in mind.

Harrys is one of three men’s fine clothing stores within two blocks of each other. Eternity and Corsini Bros. have 20-year track records in downtown Santa Fe.

“It is very sad after so many years,” Corsini Bros. owner Fabrizio Giovannini said of Harrys closing.

No matter how different, the stores benefit from each other, Sassila said.

“If they’re successful, I’m successful,” Sassila said. “We have different styles. Our customer is not his customer. I already have my concept.”

If Harrys customers begin shopping at Eternity, Sassila added, Eternity will try to carry some of the more classic styles of Harrys.

Giovannini said he does not see Corsini expanding into Harrys territory, but he acknowledged that men’s fashion constantly changes.

“This business today, you have to reinvent yourself every six months,” Giovannini said. “It’s like going to college and never graduating.”

Harrys was started on Marcy Street in 1972 by Susan Connelly and named after her husband, Harry, who was known as “Pete.” It was in the space now occupied by La Boca restaurant, but Connelly moved it to Galisteo Street around 1974 and Voida acquired the shop in 1977.

“Susan started a men’s store,” Voida said. “When I got it, it was completely ladies’. Over a few months, I added men. We’ve always had men’s and ladies’. Over the years, men’s has overtaken. In the ’80s, I had boys’ clothing.”

Men’s fashion has changed drastically since the 1970s, shifting predominantly toward business casual. But the appetite for fine clothing remains, Voida said.

“Ties have declined,” he said. “The sale of ties has declined more than any other category.”

I think you should have included Lancaster York Gentlemen's Apparel at 121 E Palace Ave in this story.