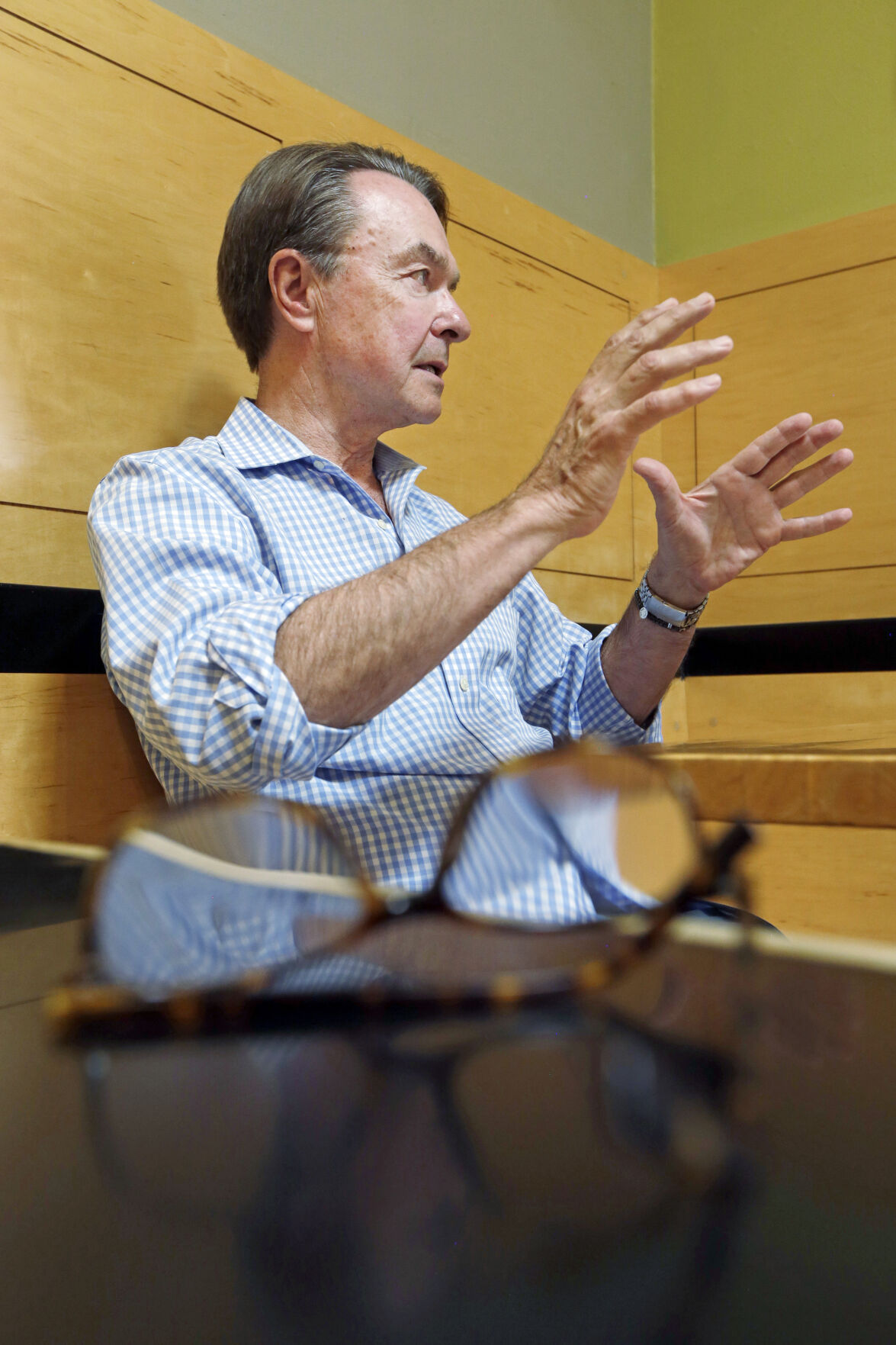 Author, Santa Fe resident and former Hearst Magazines leader Michael Clinton talks about his new book, ROAR: Into the Second Half of Your Life (Before It’s Too Late) at Downtown Subscriptions last week. 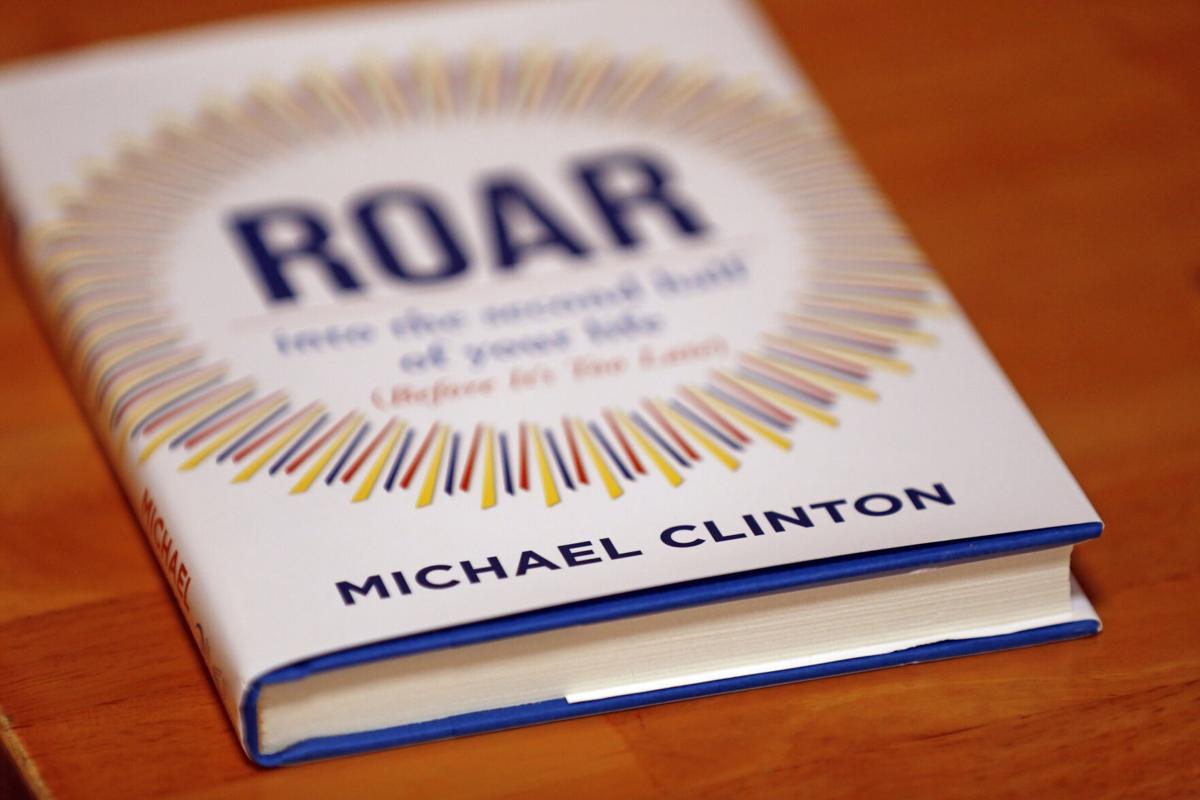 Michael Clinton’s new book, ROAR: Into the Second Half of Your Life (Before It’s Too Late) encourages adults to begin ‘refiring’ their life instead of retiring. 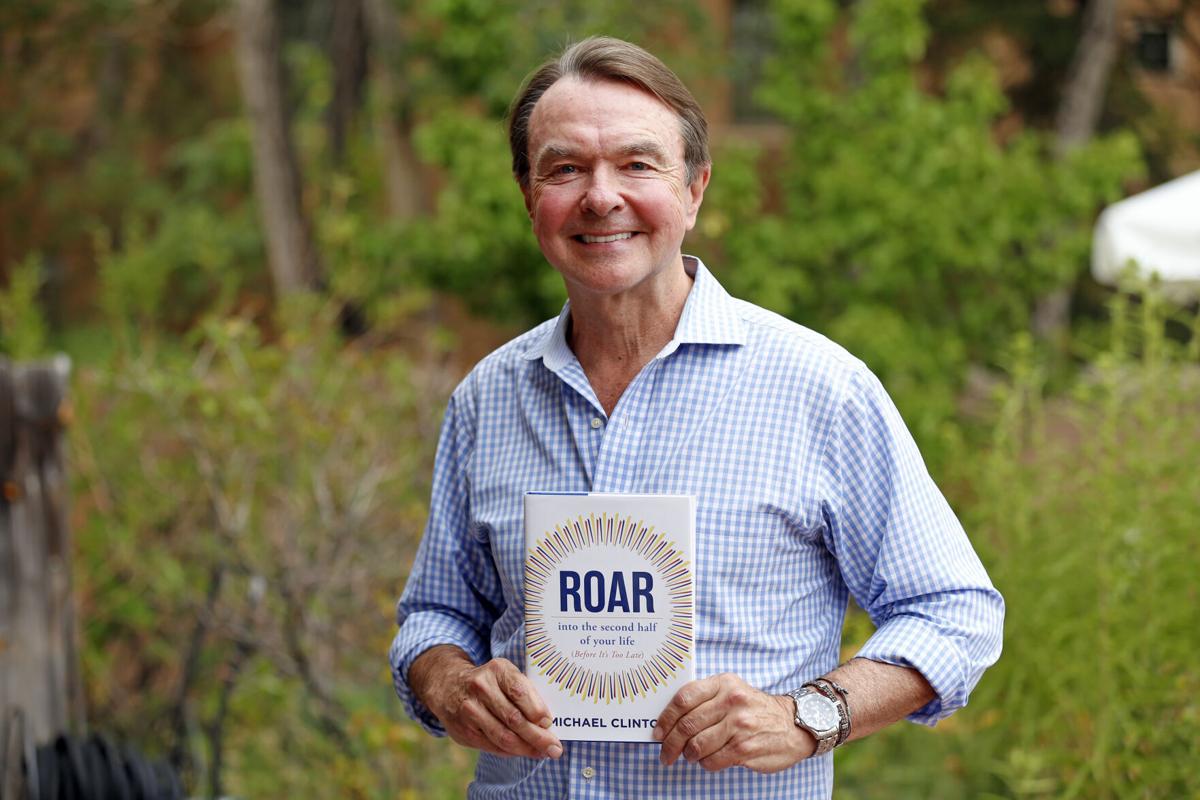 Clinton stands with his new book in an event at Downtown Subscriptions last week.

Author, Santa Fe resident and former Hearst Magazines leader Michael Clinton talks about his new book, ROAR: Into the Second Half of Your Life (Before It’s Too Late) at Downtown Subscriptions last week.

Michael Clinton’s new book, ROAR: Into the Second Half of Your Life (Before It’s Too Late) encourages adults to begin ‘refiring’ their life instead of retiring.

Clinton stands with his new book in an event at Downtown Subscriptions last week.

Michael Clinton is not set in his ways and neither should you be.

“Go back to your younger self,” Clinton said last week ahead of Tuesday’s launch of his book ROAR: Into the Second Half of Your Life (Before It’s Too Late).

“What did you give up? You have a second chance to pursue what you left behind or make some new discovery. Everybody has something in their mind of what they want to change that was left on the shelf. They abandoned it.”

Clinton maintains that once you hit 50 or so, you should not think in terms of retiring but rather rewiring or “refiring” for what could be another 30 or 40 years of life. A couple of generations ago, people retired — if they lived that long — and many died a few years later.

“In the past, you might ride it out,” Clinton said. “Now you have the opportunity to change your life.”

He notes that people are going back to college or starting businesses at age 65.

Clinton is the retired president and publishing director of Hearst Magazines and now lives in Santa Fe and New York City. He first caught the Santa Fe magic visiting friends here in his 20s when the epiphany struck while he was running near St. John’s College that someday he had to live here.

Twelve years ago, he built a house in Santa Fe — near St. John’s College, not purposely — and had been visiting around four times a year for two-week stints. Now it’s more like two-month stints.

Clinton, who was also publisher of GQ magazine and senior vice president and executive vice president of publisher Condé Nast in the 1980s and ’90s, loves Santa Fe for its hiking and skiing — and photography. He has published eight photography books, including one on Santa Fe.

“What I love about Santa Fe, coming from a high-power New York City and a high-powered industry, this is the complete opposite of the high-power media world,” he said. “Santa Fe isn’t who do you know, where do you live, what’s your job title.”

The ROAR book grew out of a pep talk he gave his Hearst Magazines management team in summer 2019. ROAR stands for Reimagine yourself; Own who you are; Act on what’s next; Reassess your relationships — the four sections of his book.

He started reimaging his own life at age 39.

“I found I was an incredibly boring individual,” Clinton said. “I was always working. How was I going to build a richer life?”

Clinton took up photography, ran marathons on seven continents — Antarctica at age 60 — has visited 124 countries and is part owner of a winery

“What a 50-plus life can be like is what I’m a student of,” he said. He interviewed more than 40 people in the 50-plus range for his book. “Everyone I interviewed had a major turn in life. I called [them] the ‘reimagineers.’ I’m interested in people who are redefining the boundaries of age.”

Clinton discovered people in their 50s basically fall in two camps: Those who are ready to start over and those who think life is set in place.

“The first group, they are curious, they are optimistic, they are positive, [they] are ‘I can do this,’ ” Clinton said. “The second group, there is this belief that life has passed you by.

“First you have to want to change. Some people are very happy in their path. You have to identify what change you want.”

Clinton did much of the research and writing of ROAR in the midst of the pandemic. Change is the central theme of the COVID-19 era, be it jobs or homes.

The genesis of the book predates the coronavirus, but its themes fall squarely within the pandemic.

“It amplified it,” he said. “It put it on steroids. I think we all went through an existential moment. Is this the right job, the right place, the right partner?”

Clinton cited one of the subjects in the book to illustrate that change is possible in midlife and later. A woman in her 50s managed a restaurant but realized she “could not live like this.” She moved to another state and enrolled in online courses to become a pharmaceutical aide or nurse’s aide.

“She had this awareness that she would live a much longer life,” he said. “She saw she had a very long life ahead of her with a lot of possibilities.”

Where to buy it

ROAR into the Second Half of Your Life (Before It’s Too Late) can be found wherever books are sold, including Amazon.

Can you do this if you were poor? Or even middle class? Not like he did, perhaps. But he isn't the only one who made a mid-life change.