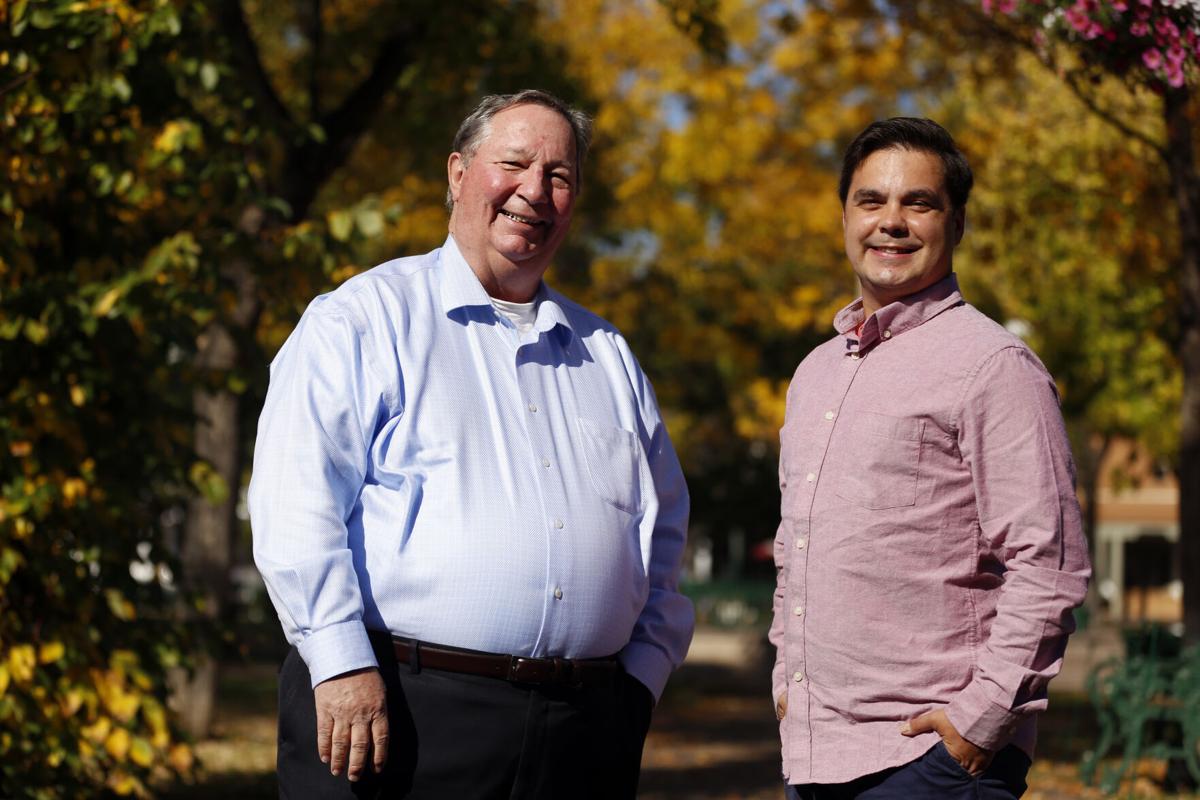 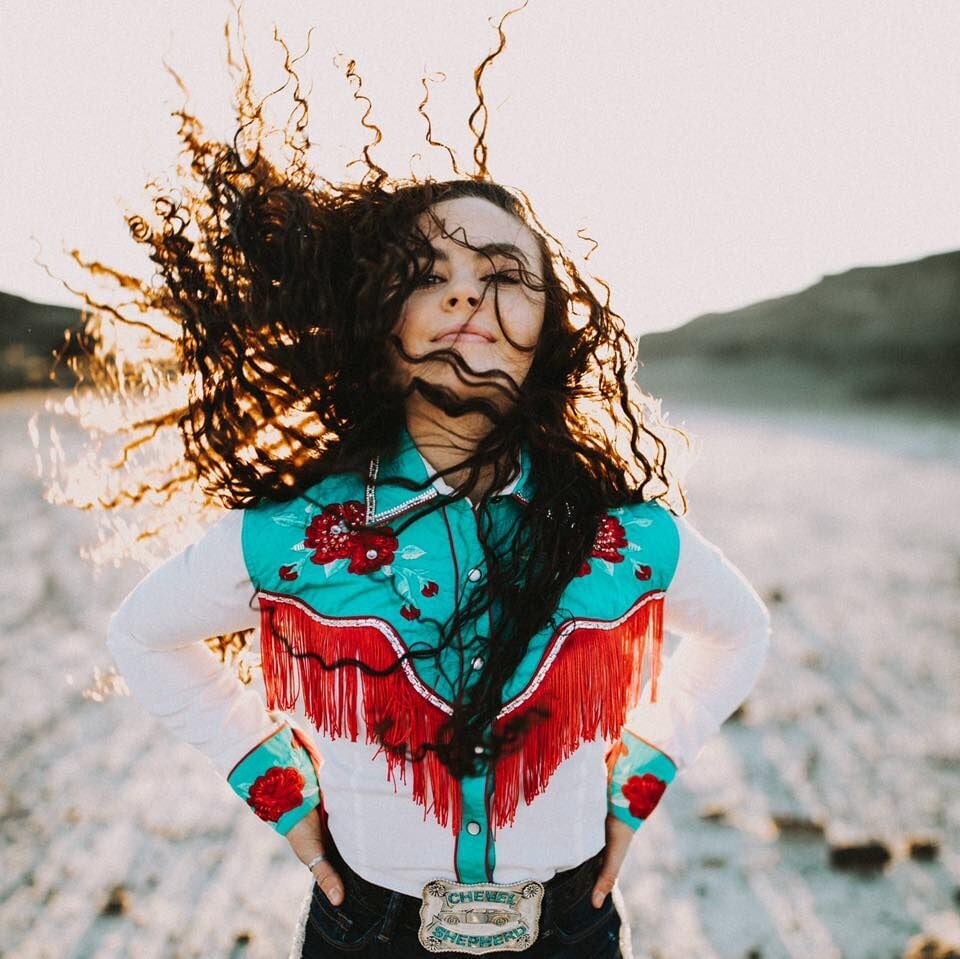 Chevel Shepherd, the New Mexico singer who won The Voice in 2018, will headline the Green Chile Country Jamboree.

Chevel Shepherd, the New Mexico singer who won The Voice in 2018, will headline the Green Chile Country Jamboree.

The entertainment industry worldwide went off a cliff in March.

In the following weeks, theaters around the world shut down because of the coronavirus pandemic, and Gardenia Jungle’s events went to the back burner. Performers have since said they have spent more time at home than they had in their entire careers.

“In March, after the glow of the Prodigies wore off, I started to do a lot of landscaping,” Jacobs said. “My backyard, my front yard, all of it is over-landscaped now.”

Tomlinson lives in Oklahoma City, where his video production company, Windswept Media, is based. Conferences he shoots video for were canceled, as was TV camerawork he does.

“My business was totally shut down,” said Tomlinson, graduate of the now-defunct Santa Fe University of Art and Design. “From March to May, I didn’t work. I went on unemployment. I said, ‘I’m just going to live with my parents and wait it out.’ Work started to pick up in mid-May. My business is back to normal now.”

Jacobs and his wife also own Quezada Jacobs Family Allstate Agency. He does back-office work at home.

As for their original lineup, Jacobs and Tomlinson were able to reschedule all six shows, first for fall and now “tentatively” for 2021 at the Lensic, St. Francis Auditorium and at Popejoy Hall in Albuquerque.

In the meantime, Gardenia Jungle will have its first coronavirus-era live event Oct. 24 at Balloon Fiesta Park in Albuquerque. This will be a drive-in concert with Farmington phenomenon Chevel Shepherd as a headliner for the Green Chile Country Jamboree.

Gardenia Jungle already had a relationship with Shepherd and her Nashville, Tenn., agent. She was one of their seven original shows, first scheduled for June at Popejoy Hall, then postponed to September and then again postponed to April 23.

“I made an offer, and the offer was accepted in 24 hours, immediately, because she had nothing going on,” Jacobs said.

Jacobs had been commiserating in May with other show producers, including Live Nation, about how cleaning offices was about all anybody was doing. The professional numbness for Jacobs eased in July.

“I was just going nuts,” Jacobs recalled. “It was sometime in July. I think the first thing I saw was a drive-in concert in Lisbon [Portugal]. Garth Brooks also did a concert to 300 drive-in theaters. We should be able to do something. At first we were going to do it at Buffalo Thunder, but they didn’t know when they were going to open. I saw a drive-in theater was being set up at Balloon Fiesta Park. Bingo. It’s huge. I wanted to do something for when the Balloon Fiesta would happen [in October].”

He got in touch with Susan Rice, facilities and program operations manager at the park, and they quickly nailed down a date. Balloon Fiesta Park already had obtained state and city clearances to stage other drive-in events following Centers for Disease Control and Prevention COVID-19 guidelines, Rice said.

At that point, Jacobs had Shepherd in mind but had not contact her. Nor had he been in touch with his partner.

“Ned shows me articles of drive-in events in Europe,” Tomlinson said. “Ned called me: ‘Why don’t we do a drive-in show at Balloon Fiesta Park?’ I was a little skeptical. The reason I was skeptical was crowds and health concerns.”

Tomlinson overcame his skepticism when he saw the park’s COVID-19 protocols. Tomlinson landed The Swon Brothers, the other headline act for the Green Chile Country Jamboree. The same Nashville agent for Shepherd also handles The Swon Brothers.

“Because of Chevel, we got NBC/KOB [to co-present the Green Chile Country Jamboree],” Jacobs said. Shepherd had won The Voice competition on NBC in 2018. “We put in a ton of work in August and September to put everything together.”

They got an amplified sound permit, doubled the required port-a-potties to avoid lines as much as possible and set up individual dressing rooms for each performer, including opening acts. They brought in former Española police Chief Louis Carlos as safety officer, and he prepared a 19-page operations plan detailing virus safety measures, such as spacing between cars and how to direct cars to their spots, Jacobs said.

“This is a live, in-person concert,” Tomlinson said.

“You can get out of your car,” Jacobs added. “You can tailgate.”

Jacobs and Tomlinson met three years ago at a Santa Fe Chamber of Commerce Business After Hours event. Jacobs was about to stage the first of three New Mexico Platinum Music Awards Show at the Lensic. He brought on Tomlinson to do the video production for all three.

This led Jacobs, 71, and Tomlinson, 27, to establish Gardenia Jungle in October 2019, in part because of their evolving relationship with performer Bill Hearne, who was an honoree at the 2017 Platinum Music Awards. Tomlinson went on to produce a 30-minute video, New Mexico Rain: The Story of Bill & Bonnie Hearne with Hearne and his late wife, Bonnie.

Jacobs and Tomlinson then brought Bill and Michael Hearne and Robert Mirabal to the Lensic in August 2019 for Bill Hearne’s first concert at that venue.

The partners have overlapping roles at Gardenia Jungle, but generally Jacobs “charms everbody,” does most of the contract negotiations and handles the business side. Tomlinson focuses on the logistics of staging shows and the technology side of the business.

The coronavirus may have sidelined Gardenia Jungle for much of 2020 but Jacobs has found a way to get the new company ready for post-COVID-19 shows.

“One of the strategies with your business is building a reputation and building a brand, so whenever you go to an artist in the future, you have some credibility,” Jacobs said.

The Green Chile Country Jamboree will be part of that credibility.