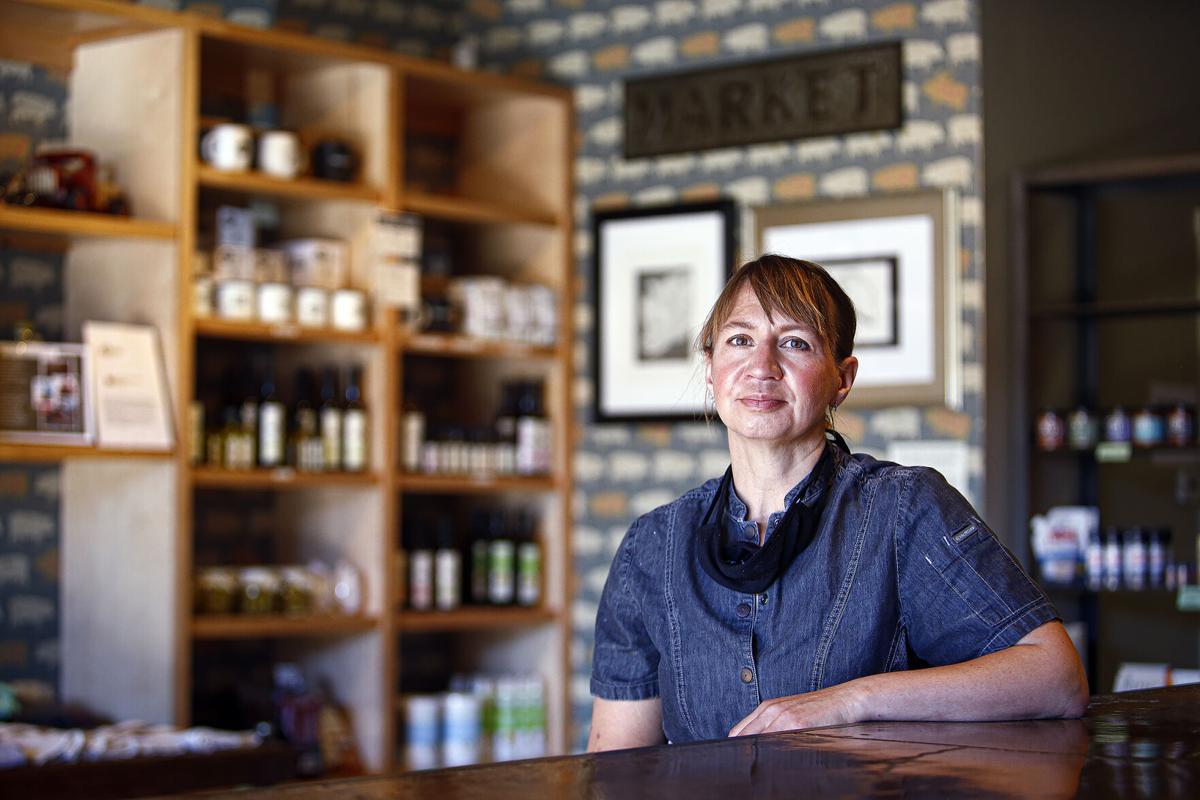 Renée Fox at the counter Thursday of Arable Prep & Provisions, which adjoins her restaurant, Arable, in Eldorado. Fox was one of 12 graduates of Creative Startups’ new Santa Fe LABS for Food Entrepreneurs. 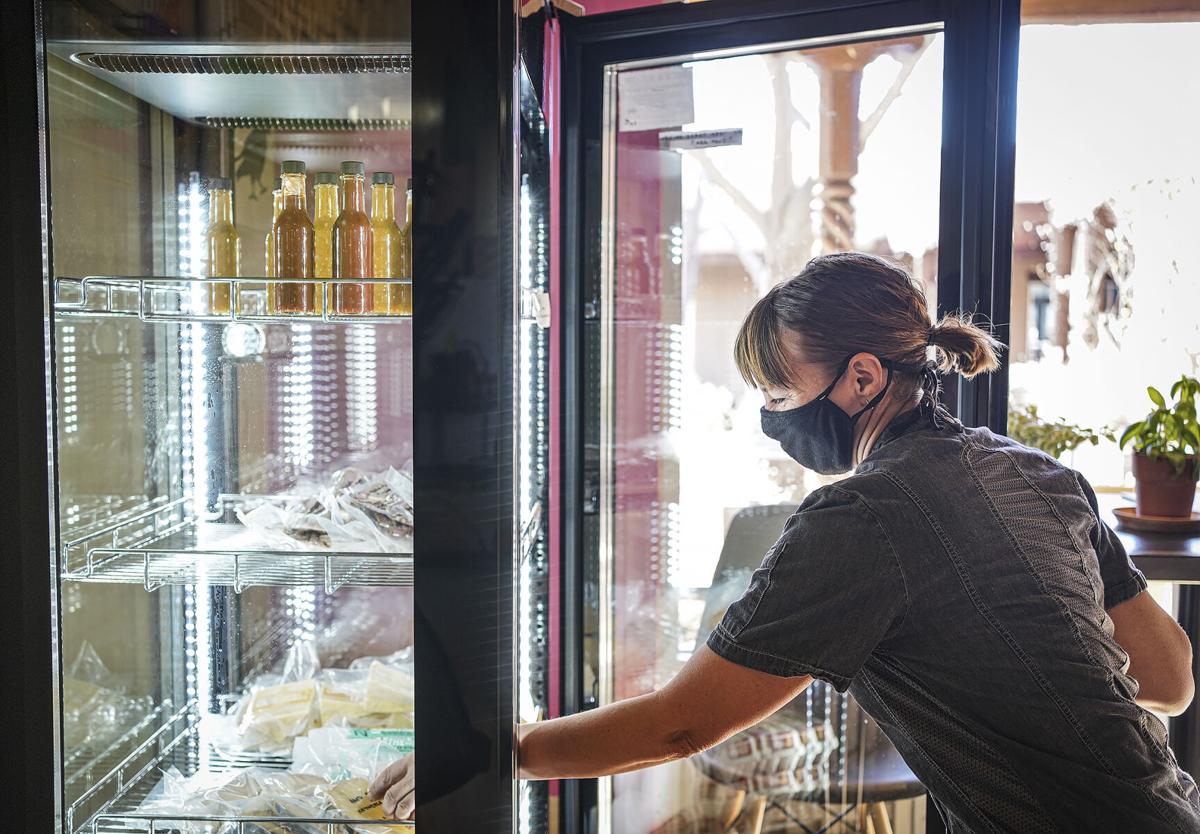 Renée Fox, owner of Arable Prep & Provisions, reaches into a cooler stocked with house-smoked bacon, their own recipe of hot sauces and an array other goods. Fox was one of 12 graduates of Creative Startups’ new Santa Fe LABS for Food Entrepreneurs.

Renée Fox at the counter Thursday of Arable Prep & Provisions, which adjoins her restaurant, Arable, in Eldorado. Fox was one of 12 graduates of Creative Startups’ new Santa Fe LABS for Food Entrepreneurs.

Renée Fox, owner of Arable Prep & Provisions, reaches into a cooler stocked with house-smoked bacon, their own recipe of hot sauces and an array other goods. Fox was one of 12 graduates of Creative Startups’ new Santa Fe LABS for Food Entrepreneurs.

Renée Fox knew all about opening and operating acclaimed restaurants — first Loyal Hound and then Arable.

Retail, however, was a great mystery to her. But she was on the verge of opening Arable Prep & Provisions, a shop and lunch counter adjoining Arable in Eldorado.

Fox came upon Creative Startups’ new Santa Fe LABS for Food Entrepreneurs that launched in March. Director Alice Loy has revised the program because of the coronavirus, shifting the LABS from in-person to virtual coursework.

The LABS brought in 12 food entrepreneurs to give them a crash course in how to effectively launch a startup in the food sector.

Fox is a graduate of the first eight-week course.

“I think what they offered was confidence,” Fox said. “It was a confidence-building exercise. Having the confidence to believe in yourself on why are you doing this [launching a business].”

A second food LABS starts March 15. The application period opened Nov. 9 and continues into February. Cost is $175. The LABS program primarily is funded with a four-year, $50,000 grant from the city of Santa Fe.

“This is a learning journey from seeing if there is a business opportunity to how to go after the business opportunity and how to scale that business successfully,” said Loy, whose Santa Fe-based Creative Startups provides business accelerator programs for creative companies around the world. “[Graduates] have a laser focus on things that matter and leaving aside things that don’t.”

LABS consists of eight modules followed by two workshops on cash-flow planning and honing a pitch to secure funding.

“They have been working on the pitch through the course,” Loy said. “By the end, they are really ready for the pitch for partners, customers, the media.”

The secret weapon, Loy said, is people interacting on many levels. Along with onetime Stanford University entrepreneurship faculty member Lena Ramfelt teaching the course online from her home in Sweden, several mentors from across the country share their insights — and students share their challenges with one other.

“It’s easy to just want to give up,” Fox said. “When you have people in your corner saying, ‘Keep going,’ it makes you want to keep going. I was looking to learn how to launch a new business without having to figure it out on my own.”

Arable served dinner only. The 1,000-square-foot space next door had been vacant since Fox opened Arable in July 2017.

“The idea was to have a lunch counter and food-related goods,” Fox said. “I did not know about retail. Creative Startups was not about this restaurant. It was about creating something new next door.”

Fox opened Arable Prep & Provisions at the end of March. As the pandemic evolved, the lunch counter became the takeout counter, enabling Arable to keep takeout and dine-in customers in separate spaces.

“That was not part of the plan,” Fox said with a smile apparent behind her mask.

The LABS curriculum changed a bit for the pandemic. Loy said these times require a focus on leadership and culture.

“It’s hard for leaders to get people to follow them and show enthusiasm,” she said.

Businesses taking part in the first course from March to April

Trump walks free and other sure things

Roses are red, violets are blue, and a poet shot across the sky