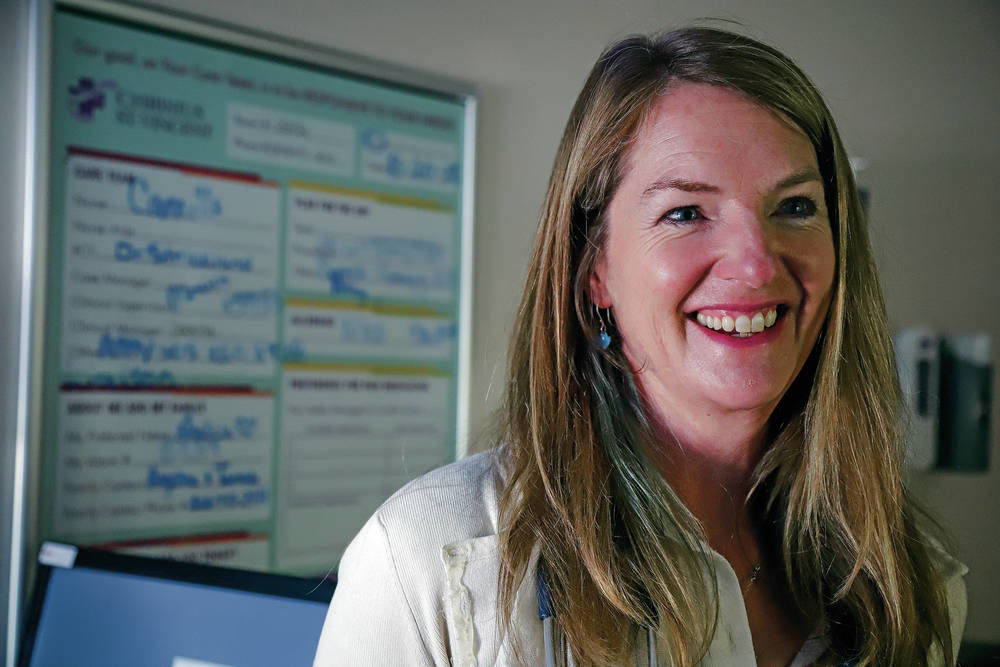 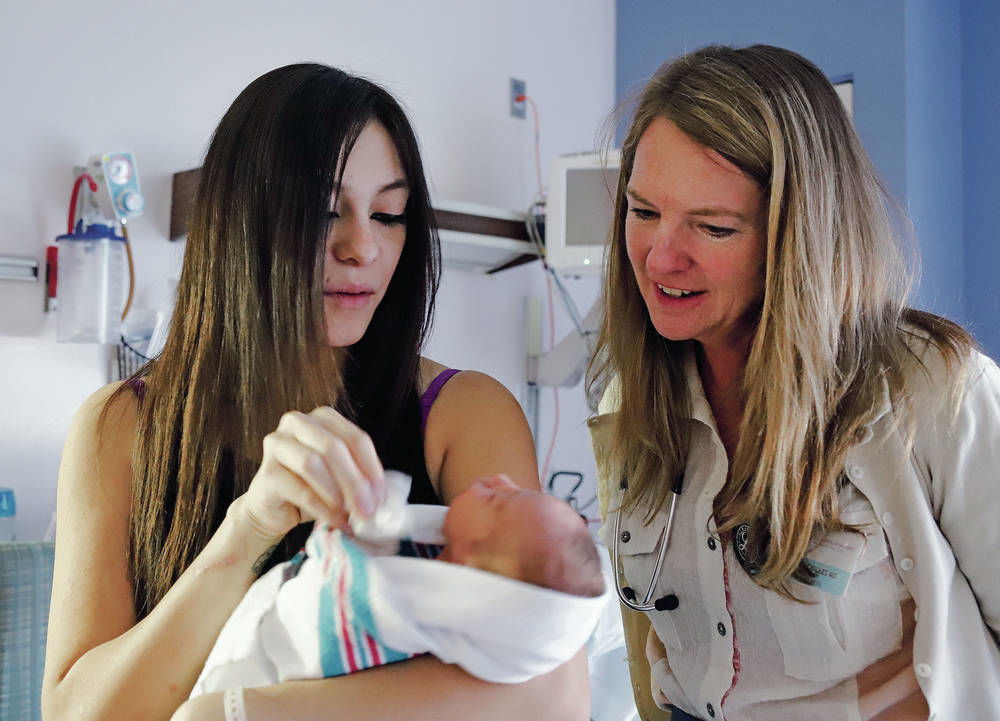 Jennifer Castaneda-Lovato has been a nurse for 20 years, 16 of them in pediatrics.

“You see a lot,” she said recently. “There’s a whole lot involved in being a nurse.”

One type of case left her uneasy, she said. With one of the highest rates of opioid addiction in the nation, New Mexico hospitals see thousands of children born each year to addicted mothers. Neonatal abstinence syndrome is the clinical term for babies who experience withdrawal when they enter the world with the same opioid addiction.

“I’m not going to say I didn’t judge them,” Castaneda-Lovato said. “How could these mothers do that? I had those thoughts, very much.”

Castaneda-Lovato and pediatrician Jennifer Achilles worked as a team in a program, Clinician-Directed Performance Improvement, or CDPI, that encourages staff at Christus St. Vincent to find ways to improve hospital safety and patient outcomes.

Their project, one of 33 since 2015, reduced by almost half the time those infants with neonatal abstinence syndrome spent hospitalized. They also reduced the amount of medication required to wean them off their addictions and, along the way, saved the hospital money.

The program also drew attention this year from the Institute for Healthcare Improvement, which selected it as one of 30 health care initiatives to highlight at its annual patient safety conference in Boston in May. Christus St. Vincent took the stage alongside Johns Hopkins University, Harvard School of Public Health and the Dana-Farber/Boston Children’s Cancer and Blood Disorders Center.

“This was really a tremendous honor for the hospital,” said Dr. Lara Goitein, CDPI medical director, who gave a one-hour talk on the program in Boston. “I just felt great. It was recognition that our community hospital is doing something extraordinary.”

CDPI grew out of the Advanced Training Program created at Intermountain Healthcare in Salt Lake City by Dr. Brent James. Among James’ disciples are Goitein and Beeson, her boss, who brought CDPI with him to Christus St. Vincent four years ago. What started as a pilot project in 2015 is hospital routine today.

The benefits show up in better outcomes for patients, improved practices that reduce complications such as secondary infections and a culture that encourages staff to work together, he said. The project to improve treatment of addicted infants is a typical project of the program, Goitein and Beeson said.

Achilles credited Castaneda-Lovato with the idea. Their colleagues, at first, were skeptical, Achilles said.

“It’s very hard to get doctors to change anything, even if it’s a doctor trying to convince them,” she said. “Now it’s the accepted protocol. It’s exciting to be in a small community hospital … doing innovative treatment for babies withdrawing from opioids. Really, in a few years, it will be the standard of care.”

The project sprang from a bedside talk Castaneda-Lovato said she had with an addicted mother about five years ago. The woman explained her addiction as a means of surviving day to day with a drug problem, never intending to harm her unborn child. The two, nurse and new mother, cried together afterward, Castaneda-Lovato said.

“I never forgot that. After that day, it changed my whole way of thinking towards this whole group of people,” she said. “They have a problem. You can’t judge them; they have a heart. You need to take time to listen to them.”

The hospital paid Achilles and Castaneda-Lovato for the time they devoted to the project, a defining piece of the CDPI program. That amounts to one day per week for the doctor and 2½ days per week for the nurse. The program also involves classes on statistics and other techniques.

“Unfortunately, from our pediatric perspective, we can’t reduce the number of babies born addicted,” Achilles said, “but we want to improve their care in the hospital.”

From January 2015 to September 2016, the hospital delivered 2,222 babies; 86 of whom were exposed to opioids, with 24 of those requiring methadone treatment to relieve withdrawal symptoms, she said. The average hospital stay for a baby needing treatment was 18 days. An infant born with an opioid addiction typically is jittery, tense and sweaty, Achilles said. The child may not eat or sleep and sometimes cries with a high-pitched scream, along with other symptoms, including, in rare cases, seizures.

Treatment typically involves administering methadone to relieve the symptoms and then weaning the child from the drug and tracking the child’s condition according to a 21-point scoring system used by nurses. The scoring system, Achilles said, was “very complex, time consuming and variable between nurses.”

She proposed a system created by a Yale pediatrician that focused on three simple factors: Can the child eat normally, sleep for two or three hours at a time and be easily consoled? A nurse assesses the newborn every three or four hours according to a “yes or no” scale. If inconsolable, the child was given a dose of morphine rather than methadone.

“It was obvious pretty quickly that this was going to be a better way to treat babies,” the doctor said.

The new protocol reduced the average hospital stay for babies experiencing withdrawal to 9.8 days and the cost of treatment, which in most cases is billed to Medicaid. The percentage of infants treated with morphine or methadone fell from 31 percent to 22 percent.

The new approach had another benefit. It brought families into the process, Castaneda-Lovato and Achilles said. In many cases, the mothers became more engaged consoling their children and creating a tighter bond.

“A lot of mothers had not been happy with their care in the hospital; they felt they were being judged,” Achilles said. “I haven’t met a mother who doesn’t like our new methods. There’s no room for judgment.”