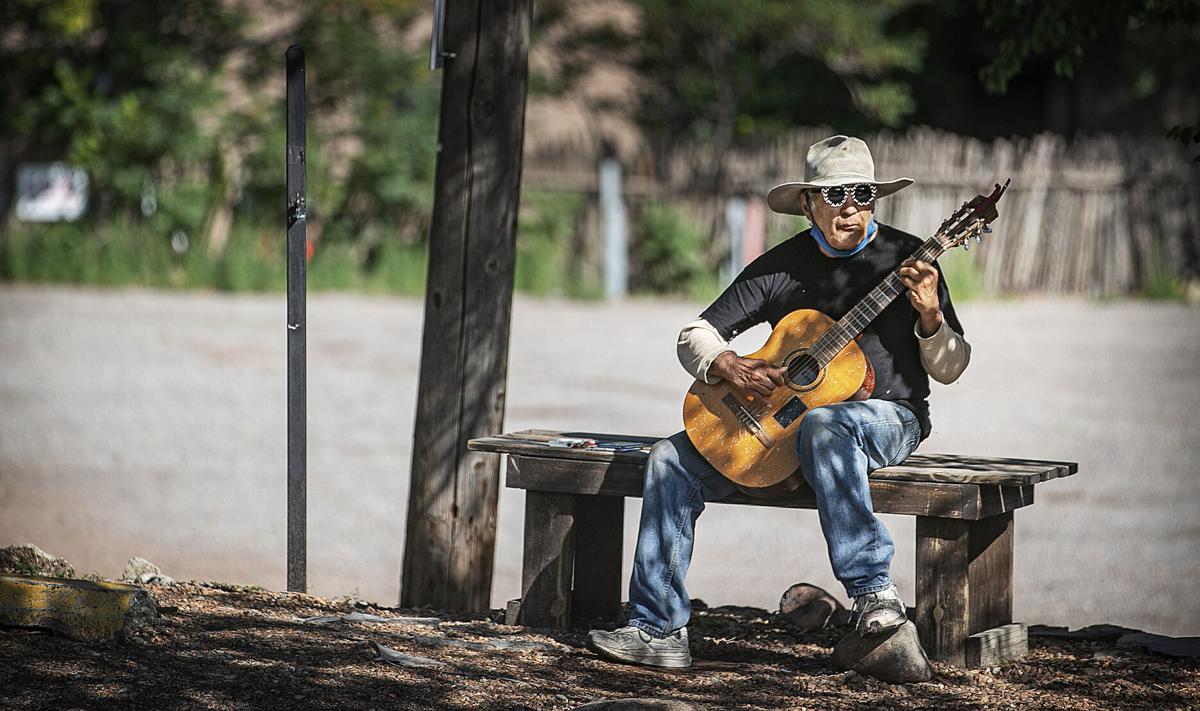 Musician David Vigil plays for people walking along Canyon Road on Sunday near a parking lot where owners have recently applied for a building permit to upgrade the rough gravel lot. 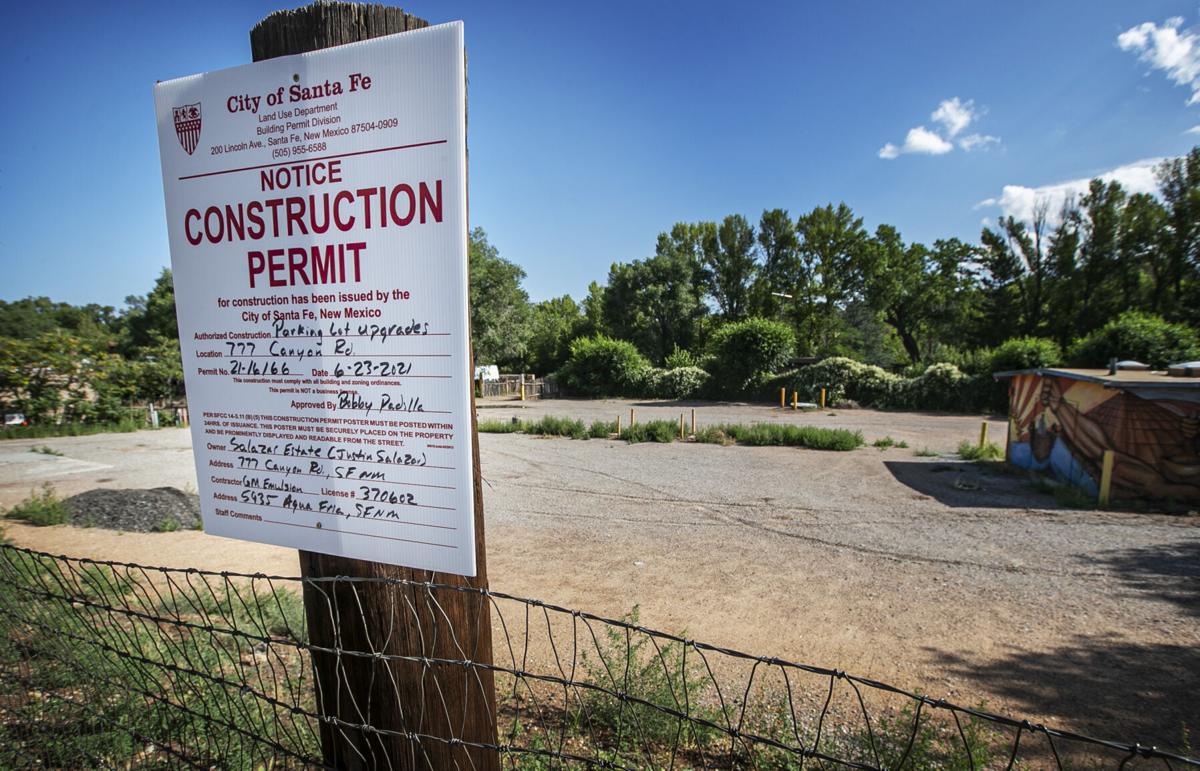 A sign on Canyon Road near the parking lot Sunday notifies business owners and nearby residents that the area will soon be under construction. 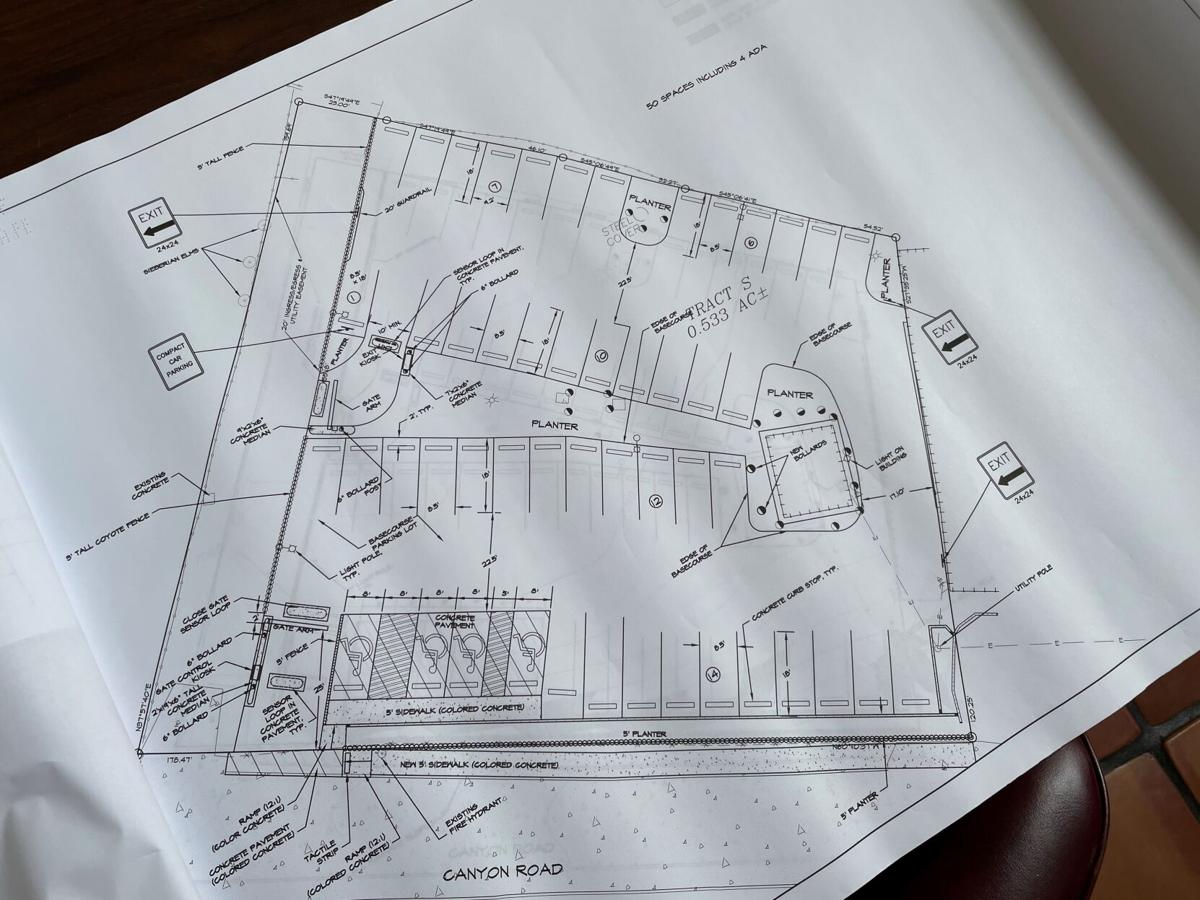 Musician David Vigil plays for people walking along Canyon Road on Sunday near a parking lot where owners have recently applied for a building permit to upgrade the rough gravel lot.

A sign on Canyon Road near the parking lot Sunday notifies business owners and nearby residents that the area will soon be under construction.

A privately owned lot on Canyon Road that long had offered public parking for customers of nearby businesses is scheduled to undergo $350,000 worth of improvements, according to a city of Santa Fe building permit.

The half-acre lot, near The Teahouse and El Farol, has been chained off since Dec. 31.

While an opening date for the renovated lot has not been announced, business owners are looking forward to the project’s completion.

The Teahouse has its own parking area, but it has only eight or nine spaces.

“People park on the street where there is no parking,” Freedman said. “People leave because they are meeting someone and they can’t find a parking space.”

The parking area closed after the city’s five-year lease to operate it as a public lot expired. The Salazar Survivor’s Trust, which owns the lot, did not renew the lease because the property was is in probate following the June 2020 death of longtime property owner Roman Salazar, his grandson Justin Salazar said in January.

Justin Salazar did not respond to calls seeking comment on the parking lot project.

Building plans for the permit, issued June 23, indicate the overhaul will create 50 parking spaces as well as embedded sensor loops and gate arms at the entrance and exit. Four parking spaces will be reserved for people with disabilities.

There will be light poles at the gated arms, another in the center of the lot and one at the northern edge.

The lot entrance will be at the southwest corner of the 0.533-acre lot and the exit along the western edge, halfway back.

GM Emulsion of Santa Fe is the general contractor.