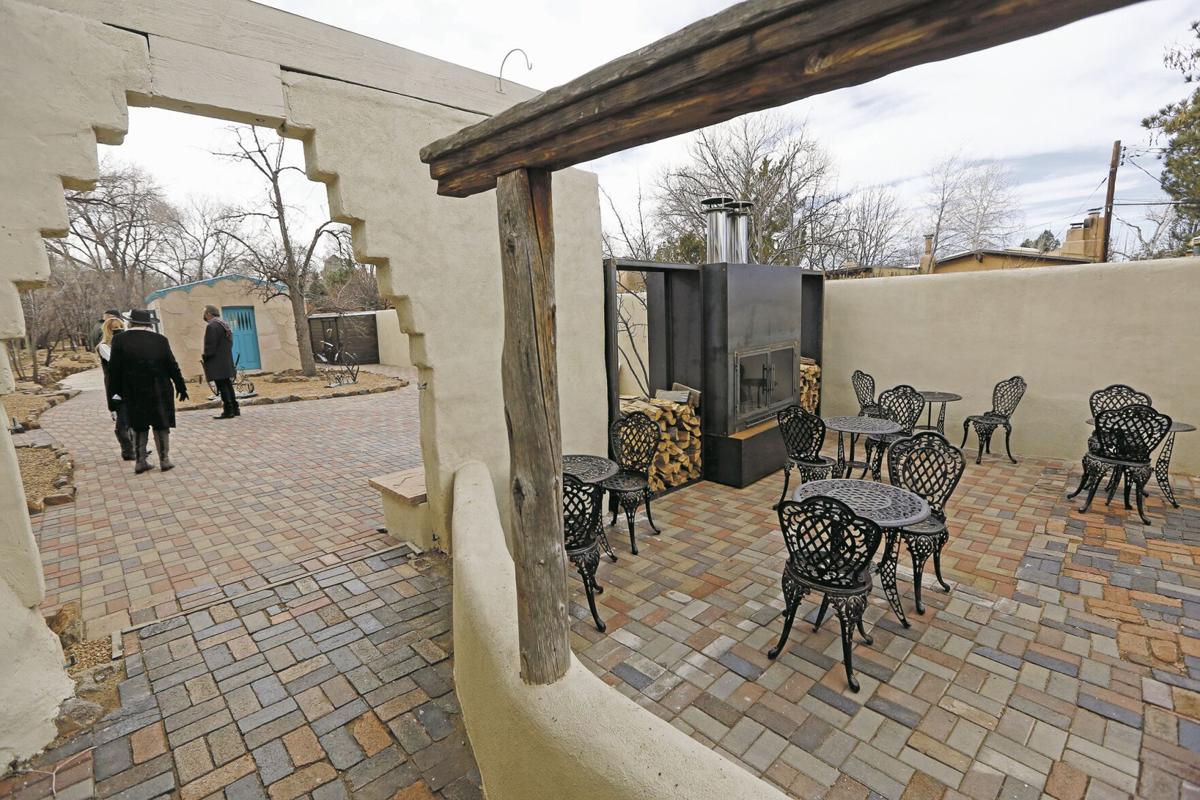 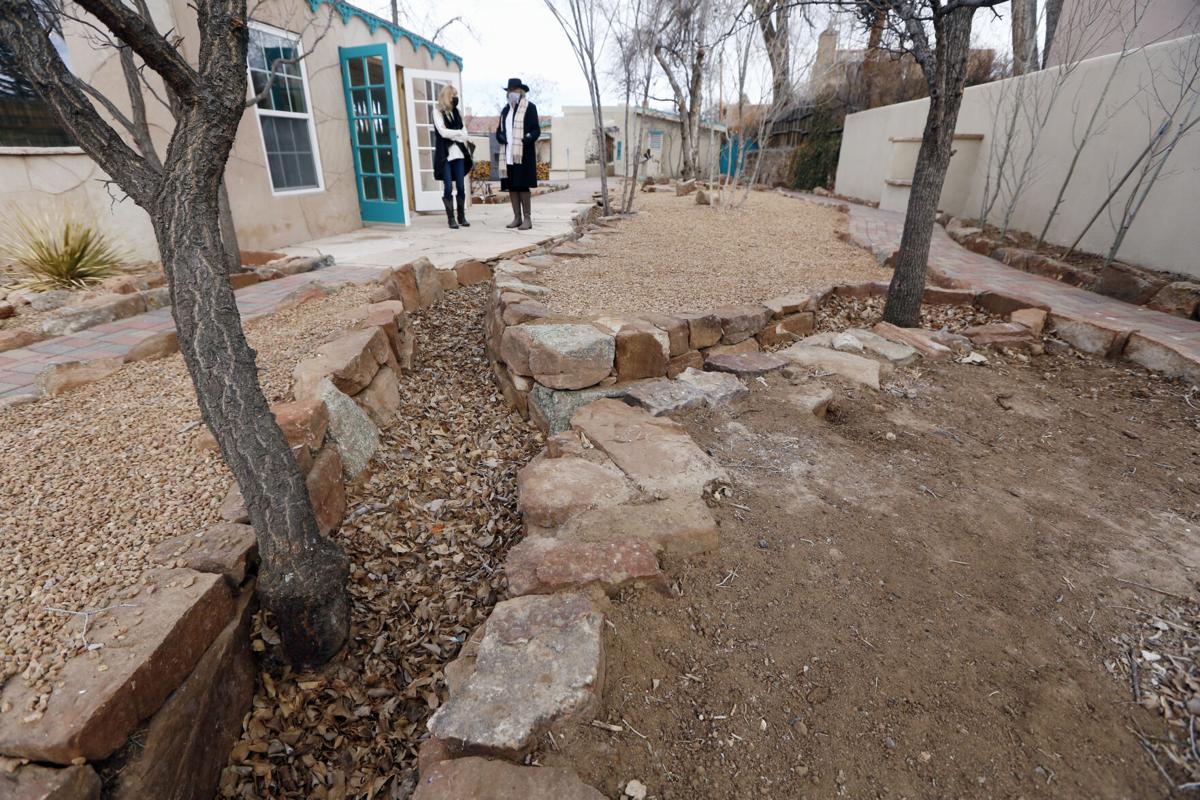 Out back at Ahmyo River Gallery, the art is moving off the wall and into the wine glass.

As the weather warms up, married owners Annette Colby and Ray Nowicki hope to have their Ahmyo Wine Garden open for Canyon Road strollers welcoming a little break, a sip of wine and a sense of the countryside.

The wine garden stretches nearly 200 feet to the Acequia Madre that crosses their property at the rear boundary. Nowicki and Colby have transformed an untended tangle into a winding walkway loop of pavers.

Closer to the art gallery, they have created a small patio enclosed with an existing knee-high wall on one side and an outdoor see-through fireplace flanked by stacks of logs on a second side.

Beyond the fireplace is a larger patio, which will have a community table able to seat 16, opening onto a xeriscaped garden of rocks, trees, sculptures and cactus.

The couple are going through the city’s final approval process with the hope of opening in April or May.

They opened Ahmyo River Gallery in July 2019 with a notion to create some sort of gathering place in back. Then in the socially distanced summer of 2020, visitors took it upon themselves to settle in back for a snack or break.

“They would just bring their food out there and just sit down,” Nowicki recalled.

Their idea for a gathering place was being realized — even though at that time they weren’t eager to have people hanging around in back.

In the past year, they considered various options. They discovered Vivác Winery in Dixon in Rio Arriba County.

“We were trying to figure out what would be the best fit,” Nowicki said. “We were coming back from Taos and said, ‘Let’s stop here.’ … They got to telling us about their winery.”

They found their match. Ahmyo Wine Garden will be an outpost for Vivác wines.

“They like to produce wine and are laid back, kind, gentle people,” Colby said. “They do their winery out of a sense of love.”

That matched the sensibilities of Nowicki and Colby. She is a former therapist who counseled people with eating disorders and depression. “Ahmyo” is a word Colby made up with the definition “with ease and grace.”

Nowicki said they strive to offer art for anyone who wants genuine art but may only be able to spend $10.

“This is a gallery without rules,” Nowicki said. “If you want to bring your dog in, go ahead.”

“You can take photos if you want,” Colby added.

They needed imagination to transform the rear portion of their property.

The property came with pear, apple and apricot trees. The couple added 29 aspens along the property line and three evergreens. They also planted 350 daffodils and 200 tulips.

An offshoot of the Acequia Madre runs toward the gallery. Nowicki lined the banks with river rock. The walkway is on both sides of the water feature, as is the rock garden. They plan to have tables and chairs in the garden, too.

The property also came with a 20-by-11-foot shed beyond the patios that the couple outfitted with wood planks on walls and the ceiling, a wood tile floor and three small chandeliers. Colby describes it as a “French Santa Fe chateau.” Four or five tables could fit in there.

A small gallery space at the rear of the main gallery will double as the “bar” with a small copper-top bar and a few tables.

Ahmyo will serve wine by the glass or by the flight. Champagne by Gruet and beer will also be served.

“I see it as an oasis,” said Kathy Eagan, the wine garden’s co-manager. “It’s a beautiful place for people to come and decompress and get away from it all. It’s a nice place to stop and refresh yourself and catch your breath.”