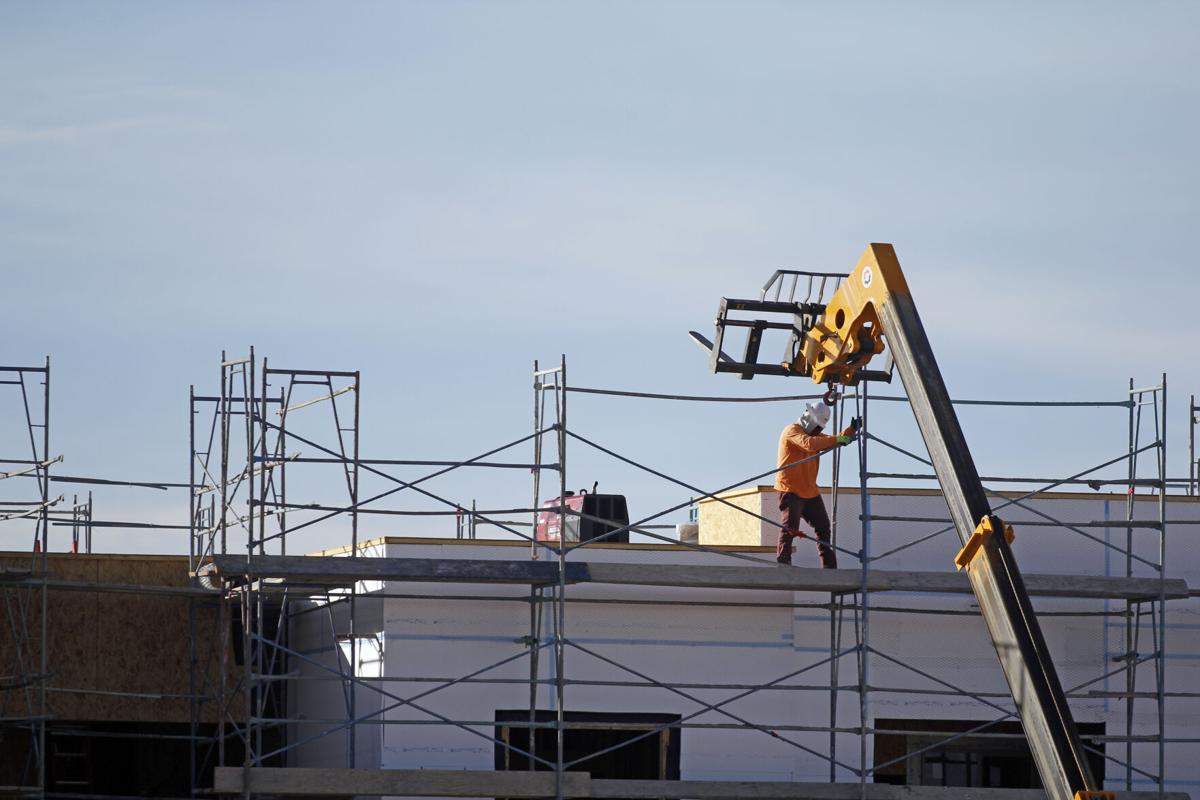 The Markana de Santa Fe apartment complex is under construction Friday across from Home Depot. The city has experienced sustained job growth in construction. 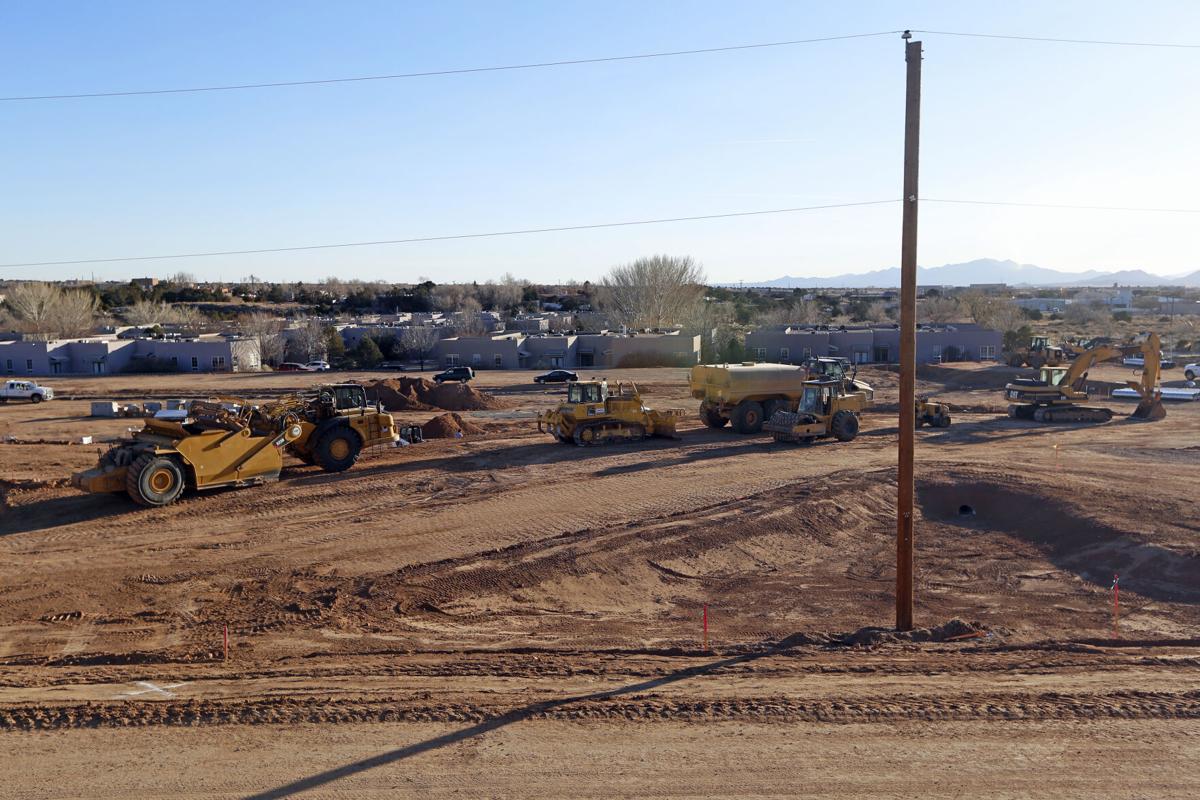 Construction is underway at the Turquesa apartment complex behind Santa Fe Place mall. There are 17

apartment projects recently completed or under construction in the city.

The Markana de Santa Fe apartment complex is under construction Friday across from Home Depot. The city has experienced sustained job growth in construction.

Construction is underway at the Turquesa apartment complex behind Santa Fe Place mall. There are 17

apartment projects recently completed or under construction in the city.

Santa Fe has seen some of the most sustained construction job growth among the nation’s 358 metropolitan areas, ranking in or near the top 10 in percentage increase since July, according to the Associated General Contractors of America.

Santa Fe ranked No. 7 among metro areas in November with a 14 percent increase, adding 400 construction jobs over the previous November to reach 3,300 people employed in the construction trades, according to the association’s analysis of U.S. Department of Labor data.

Only 34 percent of metro areas saw job gains in November, with many more big and small metros shedding construction jobs with canceled and postponed projects, according to the association.

Santa Fe stands out in New Mexico, too. The state ranked 46th in November after it was in the top 10 among states before the coronavirus pandemic. Albuquerque ranked No. 159 among metros with a 0.4 percent loss, and Las Cruces was No. 226 with a 5 percent loss.

“They use a lot of bodies,” Kurt Faust, partner at homebuilder Tierra Concepts, said of apartment construction. “The whole construction industry is slammed in Santa Fe [with many projects]. We may have as many as 12 [home construction] jobs this year. We typically have six to eight jobs.”

Miles D. Conway, executive officer at the Santa Fe Area Home Builders Association, said: “What I hear from my builders is they are very, very busy. They don’t have enough time to take calls from new clients.”

Conway said 281 building permits for single-family homes were issued in Santa Fe from January through November.

“What I’m experiencing, I get calls from people out of state looking for a builder and looking for land,” Conway said. “People who have land say, ‘Hey, I want to build my dream house.’ People are discovering they don’t need to be in the thick of it in the big city to do their work anymore.”

“We have a lot of building going on for the next three years,” Bustamante said. “It’s going to be commercial and residential.”

Santa Fe Community College is prepared to train as many people in the construction trades as are interested to meet the high demand for qualified construction workers.

“The interest has not been high for people to get into construction,” Bustamante said. “We have had incredibly low enrollment in construction with the exception of plumbing and HVAC.”

These cities had the highest growth among 358 metro areas in construction jobs by percentage.

its all about he tax breaks and not paying for infrastructure .. and other fin print.

As a builder I am a little confused as to your comment. When you develop a piece of property the opposite is true- you end up building infrastructure and turning it over to the city. For years, when a developer puts in a project that requires changes to traffic flow, the city would make you build the changes for them. The city doesn't do infrastructure development to raw land. You want to build on it - you build it. tax breaks? are you referring to affordable housing projects?