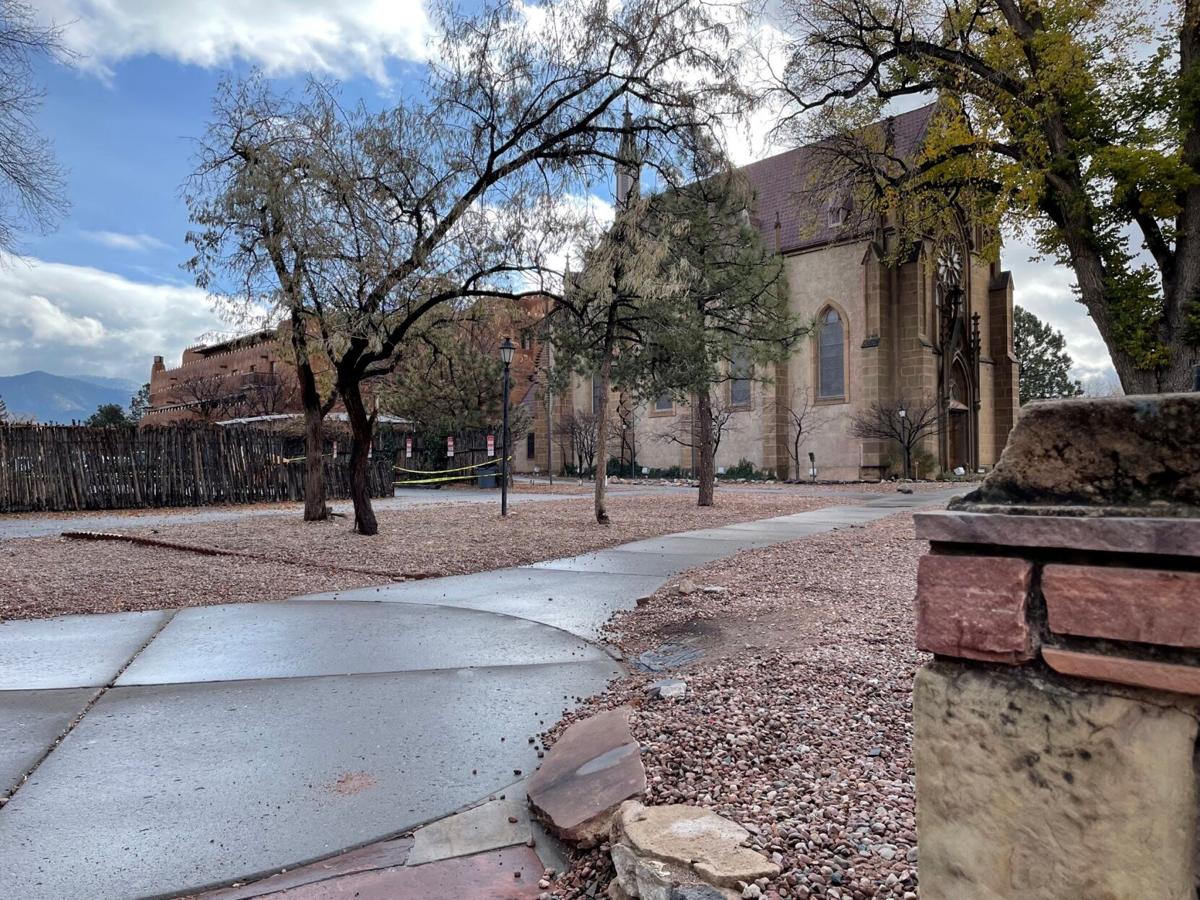 The Kirkpatrick family plans to build a 19-room hotel in the downtown site next to Loretto Chapel. 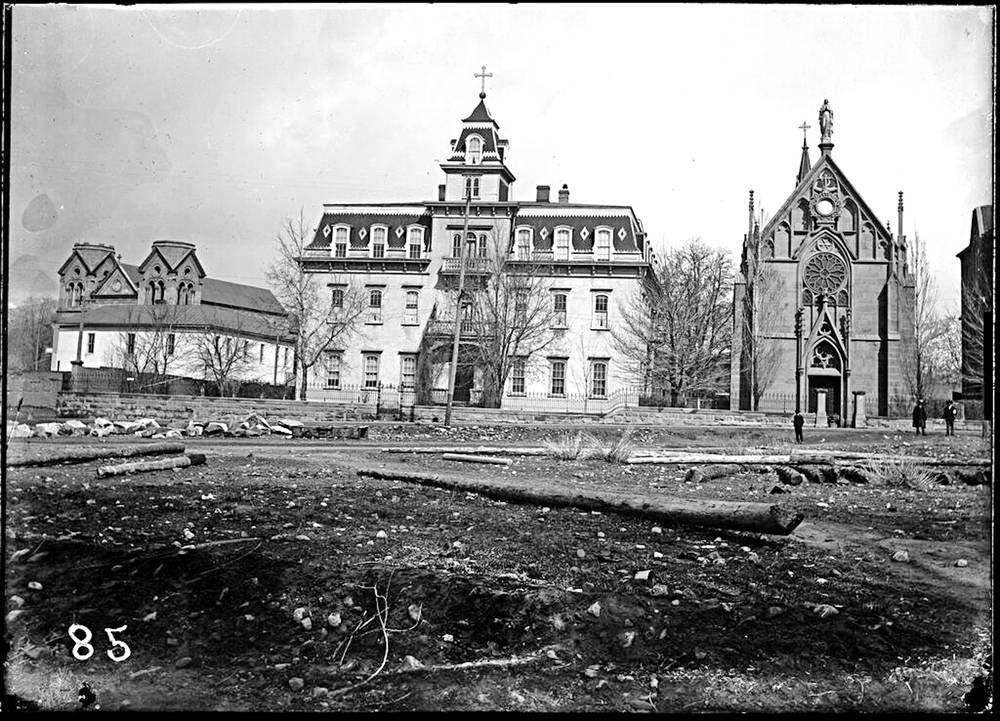 The former Loretto Academy sits between Cathedral Basilica of St. Francis of Assisi on the left and Loretto Chapel, circa 1905.

The Kirkpatrick family plans to build a 19-room hotel in the downtown site next to Loretto Chapel.

The former Loretto Academy sits between Cathedral Basilica of St. Francis of Assisi on the left and Loretto Chapel, circa 1905.

A 19-room boutique hotel is slated for the corner of Old Santa Fe Trail and Water Street, next to the Loretto Chapel, a property often populated by merchants under tents.

The proposed 31,000-square-foot hotel is the culmination of a 50-year ambition to develop that corner by the family of Jim Kirkpatrick, who originally developed the Inn & Spa at Loretto in 1975. Kirkpatrick sold the resort in 1996 but kept ownership of the chapel, the Water Street and Old Santa Fe Trail corner property and a portion of the parking lot along Water Street.

This boutique hotel is a “dusting off” of plans for a four-story residential structure with street-level retail the city approved in 2017, but the Kirkpatrick family at that time was uncertain if construction would proceed.

“We are moving forward with that plan,” said Karl Sommer, a Santa Fe real estate attorney representing the Kirkpatrick family.

The plan, though, has been tweaked. Residential has been converted to hotel, and “retail has been scaled back considerably,” Sommer said.

“The retail will be very, very small,” he said. “[A hotel] seems to be the highest and best use.”

Construction on the hotel at Water Street and Old Santa Fe Trail could begin in late spring. The project is starting to seek city approval for the final development plan. The process starts at 5:30 p.m. Dec. 7 with a virtual Early Neighborhood Notification meeting at bit.ly/3nT3HK2.

Kirkpatrick in 1971 bought the downtown block formerly occupied by the Loretto Academy for $500,000 from the Sisters of Loretto. The Inn at Loretto opened with four stories, and fifth and sixth stories were added in the early 1980s.

The purchase included the deconsecrated Loretto Chapel, which the Kirkpatrick family operates as a private business, offering tours of the building and its famed staircase.

Kirkpatrick’s first effort to develop the corner property was a three-story office building in 1994 that was declined by the city.

The City could use some un-cramming. Enough spaces to breathe and view the mountains and sky. Once the ability to look about and see where Santa Fe was placed we lose the why of it, its history, its charm, its difference. I find that tragic.

edited correction to the above: once we’ve lost the ability to look about and see where Santa Fe was placed we lose the why of it, its history, its charm, its difference. I find that tragic.

You would think this family has more than made back its investment after selling off the hotel and the retail space added onto the hotel. It definitely was considered the ugliest structure when it was being built (1975). In order to get the 2017 approval, the violins played the melody in 2017 that James Kirkpatrick wanted to live there--really it was just going to be an extension of the wedding chapel business they conduct. Now it seems to have morphed into something else. How many boutique hotels (read ridiculously expensive) can Santa Fe support?

So they intend to fill up every square foot of land near the Plaza? The charming ambience of Historic Santa Fe is slowly fading away. It's all about the $$. I hope after continuing Covid policies and mandates there will be any tourists willing to spend $ in Santa Fe again.

You should go downtown. Or read the recent article in this paper about the explosion of tax revenue the City is enjoying. Clearly, the tourists do not share your view of policy, mandates and ambience.

Tourist's opinons are not the best measure of how a city should retain it's historic "ambiance" and culture....plenty of examples of that type of failing around the world.

Yes because that gravel lot has soooo much charming ambience.

At least you can see the Chapel which will be largely obscured in certain directions by this building.