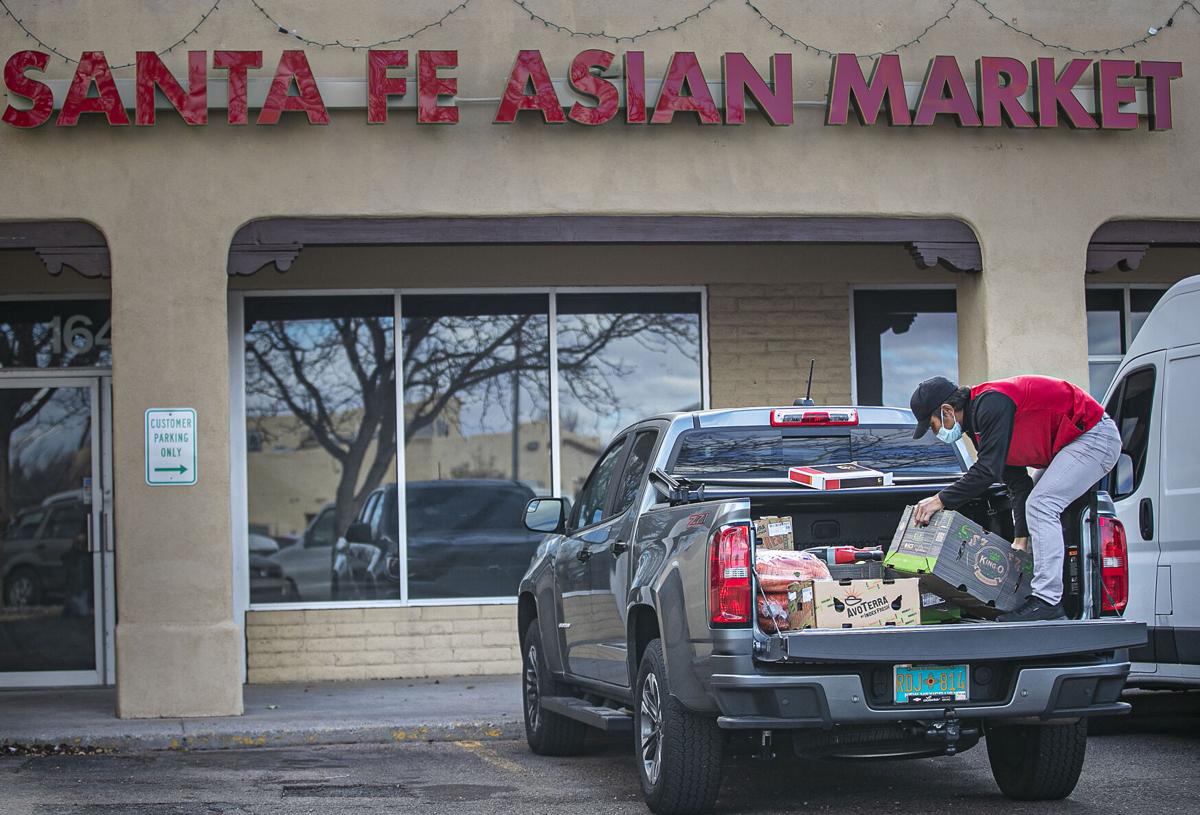 Ngunduhcung Thianhlun loads produce he is taking to Los Alamos for his sushi store last week. Thianhlun is planning to open an Asian grocery store on St. Michael’s Drive in Santa Fe early next year. 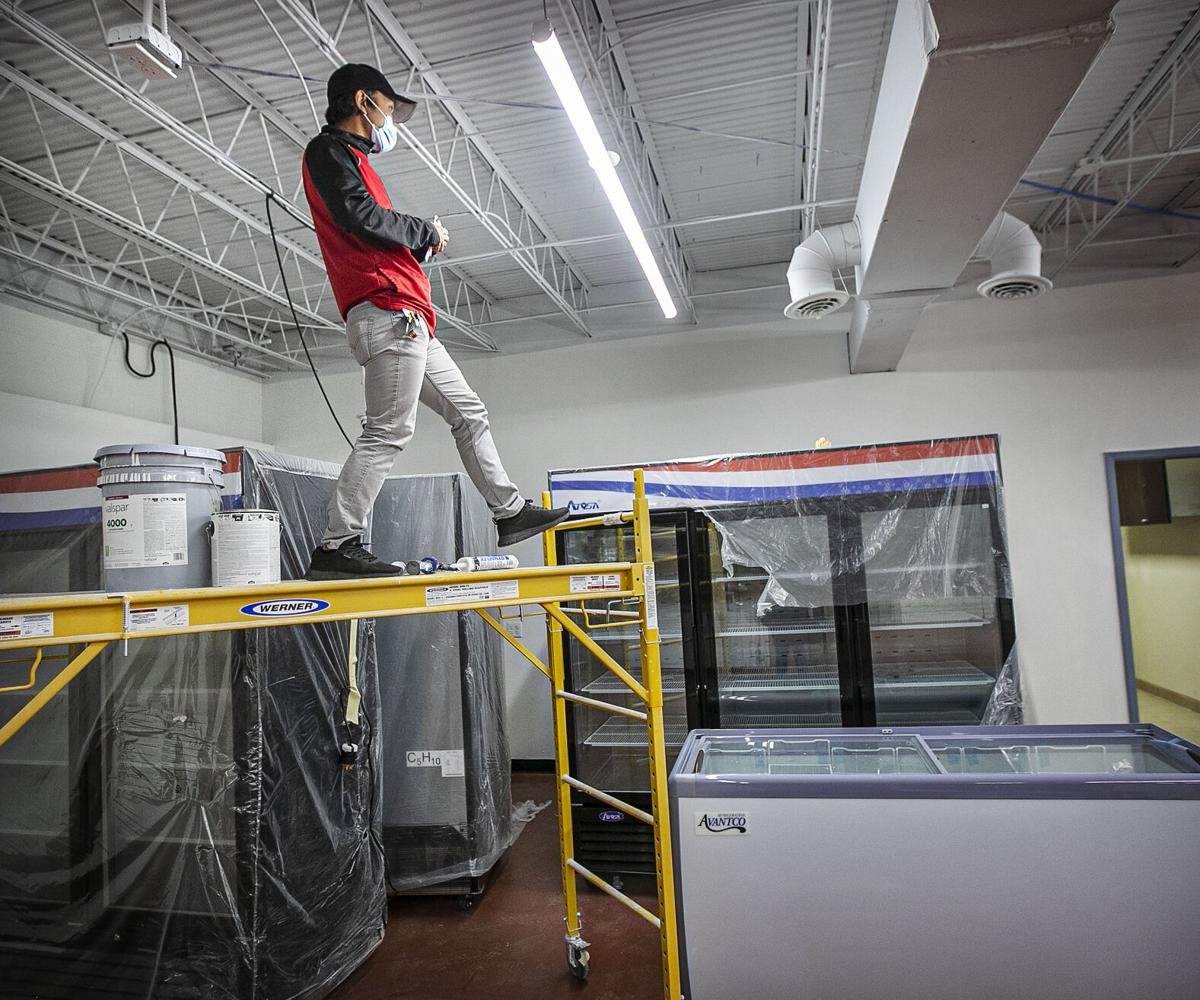 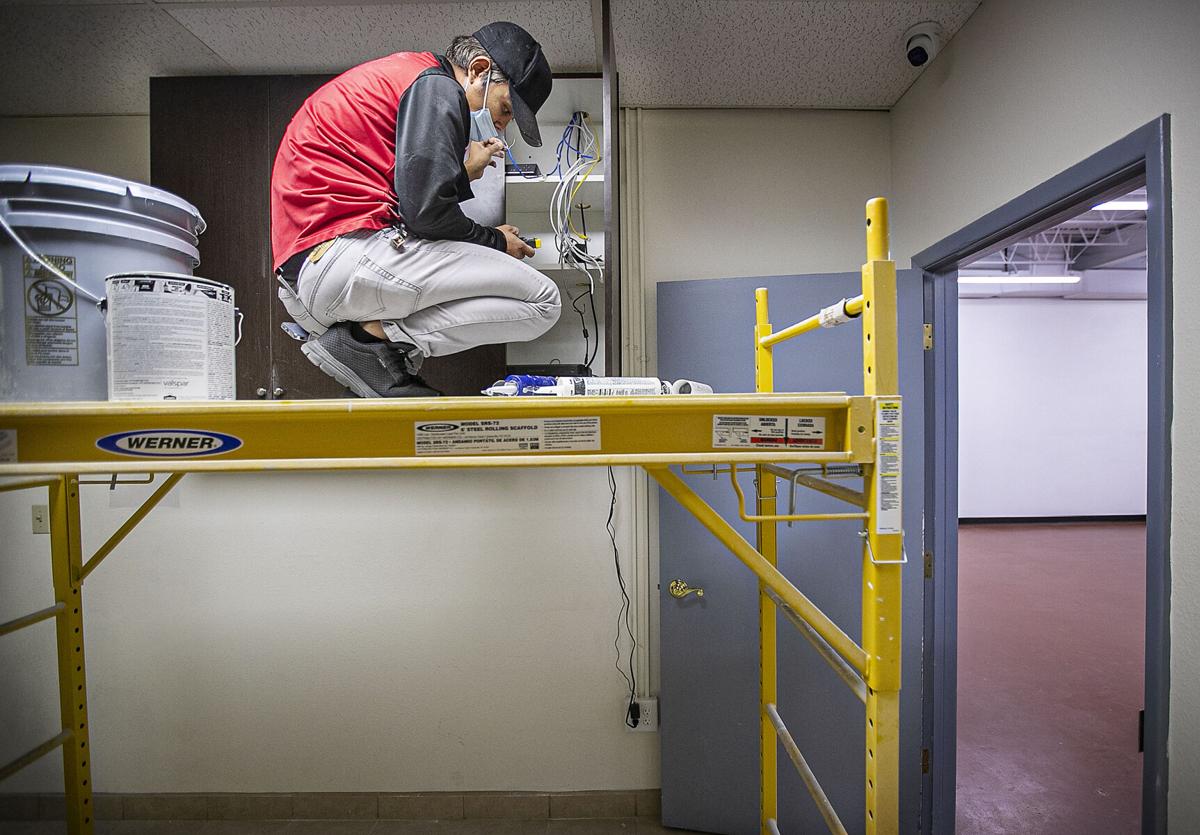 All Asian restaurateurs in Northern New Mexico rely on food shipments or drives to Albuquerque because there is no Asian market in Santa Fe.

Ngunduhcung Thianhlun loads produce he is taking to Los Alamos for his sushi store last week. Thianhlun is planning to open an Asian grocery store on St. Michael’s Drive in Santa Fe early next year.

All Asian restaurateurs in Northern New Mexico rely on food shipments or drives to Albuquerque because there is no Asian market in Santa Fe.

The business name is as simple as it gets: Santa Fe Asian Market.

A photo was posted Dec. 8 on the Santa Fe Foodies Facebook page, and more than 60 salivating comments were forthcoming the same day.

“O.M.G.,” wrote Andrea Abedi, co-owner of The Kitchen Table, a Santa Fe commercial kitchen that is expected to open in June.

“Fingers crossed,” she said. “We need more Asian restaurants. I use a lot of Asian products in my food. We wouldn’t have to go to Albuquerque anymore.”

“OK. This is huge,” wrote Alfred Wasilewski, who moved to Santa Fe in November 2020 and frequently posts photos of his gourmet home cooking on the Santa Fe Foodies page.

“I am certainly going to be making a beeline over there when they open,” Wasilewski told The New Mexican. “One of the things I missed moving here from New Jersey is having access to an Asian market. That’s been a shortfall here. It works to enhance the city’s reputation as a foodie town.”

“Every time a customer comes in and asks for something, I’ll get it,” Thianhlun said.

Thianhlun, 29, and his mother also operate Sushi Avenue inside the Smith’s Marketplace in Los Alamos, where they live.

Like all Asian restaurateurs in Northern New Mexico, Thianhlun relies on food shipments or drives to Albuquerque because there is no Asian market in Santa Fe.

“I think it will be great if we can get things locally instead of from Albuquerque,” said Chow Asian Bistro owner Jason Zeng. “It will save us a lot of headaches. If we run out of anything, which is often, you have to go to Albuquerque.”

Fortune Maki owner Yushuang Li has much of her ingredients shipped in from out of state.

“Some small items we get from Albuquerque,” Li said. “The items I need, I would be happy to have something here. Depending on price, I will get things from [Santa Fe Asian Market] instead of the food company.”

A Santa Fe Asian market has been on Thianhlun’s mind since opening the sushi eatery in Los Alamos in 2018. He and his mother and stepfather had already gone through initial steps to open an Asian market in 2016 when they were living in Midland, Texas, but the store did not come to fruition.

The Thianhluns are natives of Myanmar, which they fled as refugees in 2009. The first stop was Malaysia, where David’s father died.

He, his mother and his sister continued their refugee path to Dallas, where David finished high school.

They moved to Midland in 2011 and then started their first sushi operation inside a King Soopers supermarket in Colorado Springs.

“A friend in Chicago had a friend who managed the property in Los Alamos with Smith’s,” Thianhlun said.

Thianhlun discovered that the sushi operator contract at Smith’s Marketplace was expiring and that he could produce twice the dollar volume in Los Alamos compared with Colorado Springs. This year, he started looking for space in Santa Fe.

“I just Google-searched retail space,” he said. “As I searched, I found Matt.”

The market will be within steps of Annapurna’s World Vegetarian Cafe, Anthony’s Grill and Santa Fe Bite, as an effort was made to get eclectic tenants, said Matt O’Reilly, vice president at Thomas Properties, which owns the St. Michael’s Village West shopping center.

“We’re very happy to have them,” O’Reilly said. “We jumped at the opportunity to get them in there.”

This is awesome! We will definitely support it! Thanks for the article.

Good news... I ate talin ramen so often and they knew I was and still am a server at jambo so they called to tell me they were closing I remember commenting why bother being downtown area with no parking instead follow chef Ahmed and now many others and open esp a place locals will want midtown.... They didn't but glad these folks are. Good news...

I was excited when Ta Lin opened a branch here in Santa Fe but in fact I never shopped there because of the zoo of trying to park in that area. This could be much more likely to bring me in, although I will have to see what they carry. Currently I just make sure to time my trips to Albuquerque so there is time to visit Ta Lin as well. If I could get my odds and ends locally that would be great.

And especially looking forward to making quick, regular trips to St. Mike's, rather than having to drive to ABQ for essential supplies.

Talin's dumplings are sooooo good and were so easy to purchase when the store was open here. Now in ABQ dumplings are only available F and Sat until 5PM

here's to you in 2022. santafesinos yearn for more quality and more variety. and the folks who enjoy making it from scratch at home will be well served.........not to mention the money they will save not driving to ABQ at $3.50/gallon.

We had an Asian marketplace a few years back where CHOMP is now. Talin in ABQ had opened a location here that was only open a few years. It would be great to have one that is full supported and sustainable.

:) 'May the Market prosper auspiciously on all levels.

Santa Fe can really use such a market done right.....'

This is awesome! Went to Talin in ABQ a couple of weeks ago to stock up on some basics like Kimchi, Black Bean sauce and Patak's Curry paste, but would certainly prefer to stay in town.

I hope this one gets enough business and local support to be successful as this type of market is , IMHO, certainly needed here!

Hope people support the store. We had an International Food Market near Tiny's and they closed.

Talin opened up here where CHOMP is now. They were only there a few years. It would be great if we could all support this one so it’s a permanent fixture for SF.