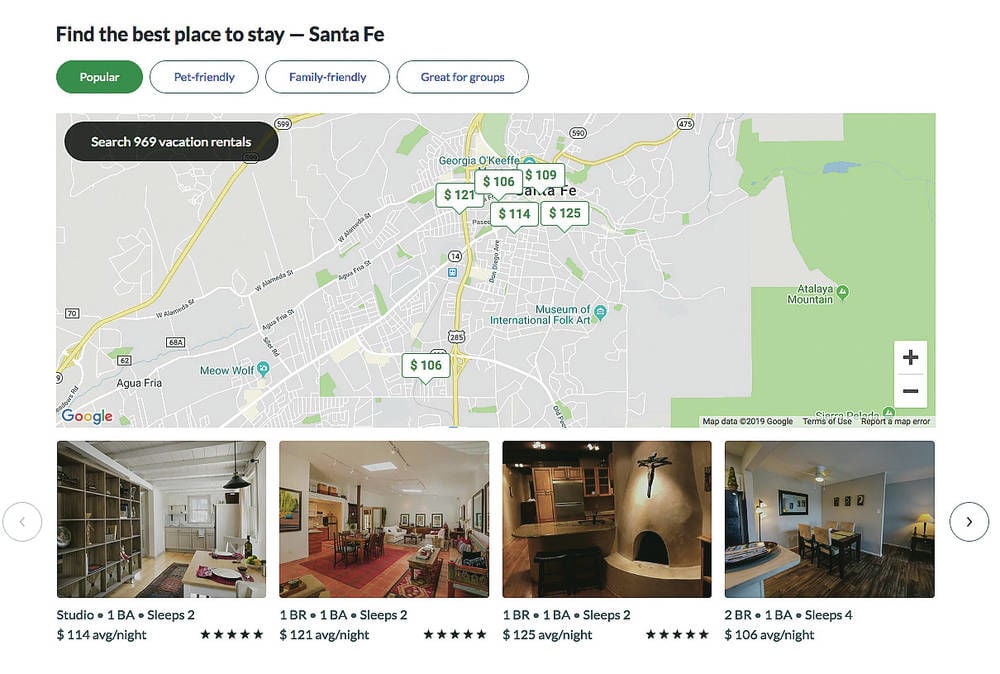 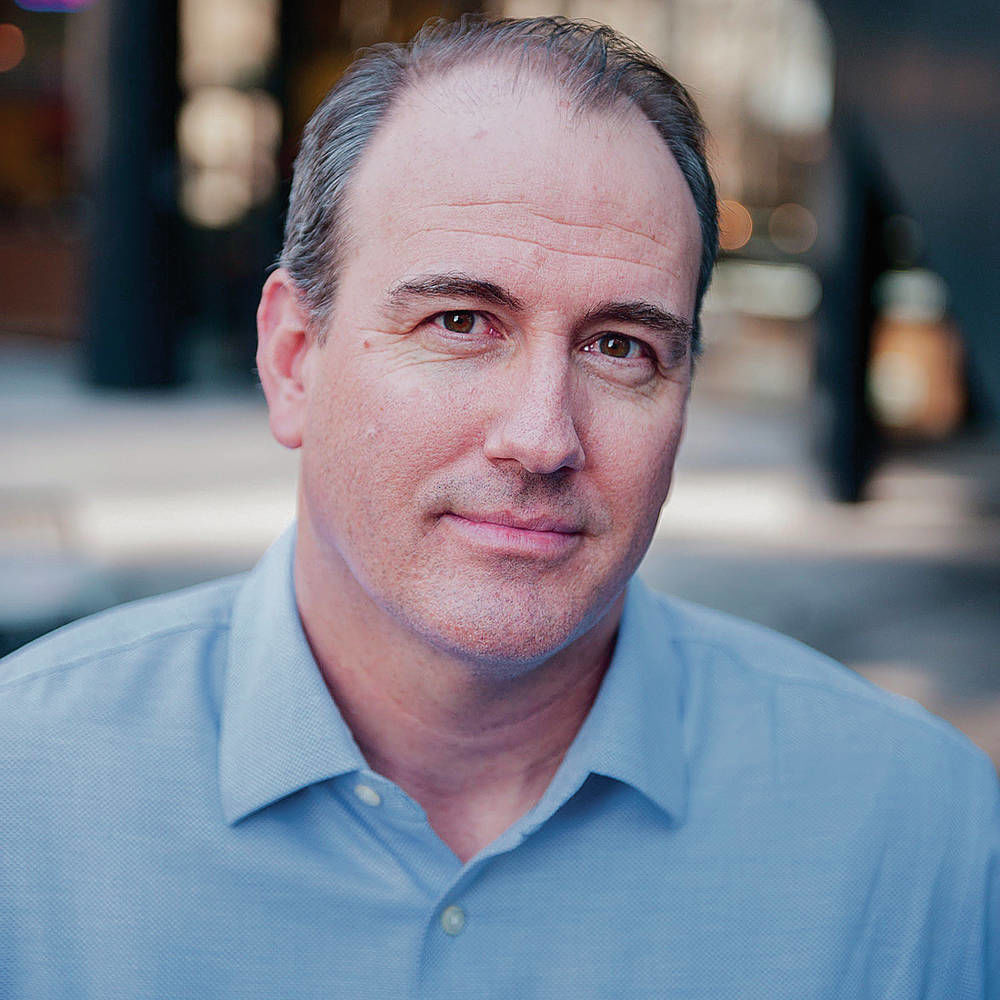 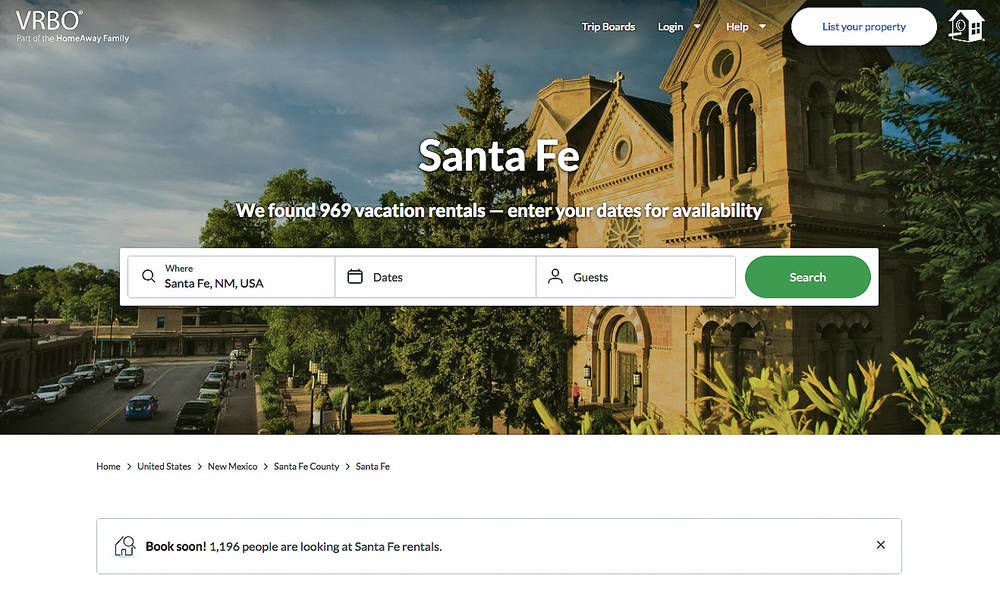 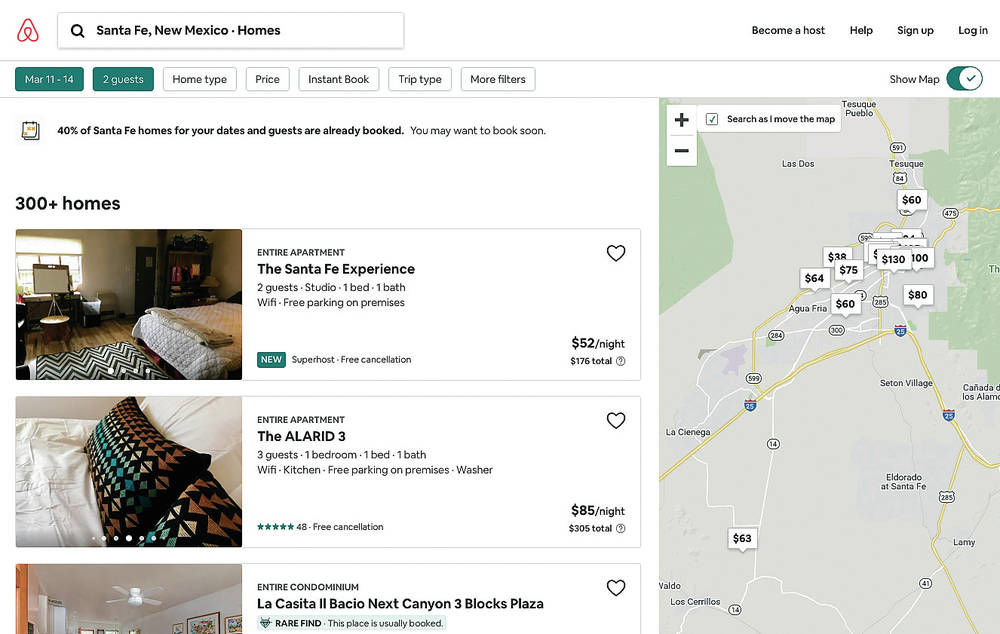 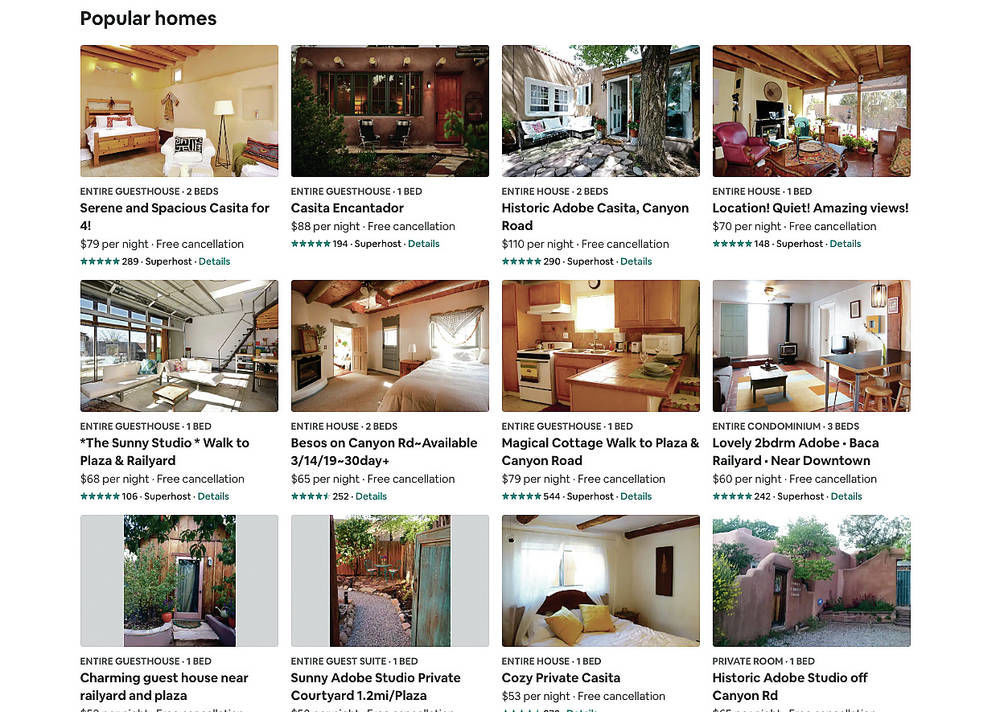 The new law imposing lodgers’ taxes on all short-term rentals, such as those booked through Airbnb, puts New Mexico in line with most other states.

Senate Bill 106 goes into effect Jan. 1, at which time the lodgers’ tax exemption on short-term rentals with fewer than three rooms will expire.

“To my knowledge, New York is the last remaining state with that type of exemption,” said Rob Stephens, co-founder and general manager of Avalara MyLodgeTax, a Centennial, Colo., company that provides lodging tax automation and software for numerous short-term rental and traditional hotel companies.

New York has a bungalow exemption from lodgers’ taxes for fully furnished single-family units with their own kitchens, bathrooms and sleeping rooms and no housekeeping or food services. Stephens said Massachusetts will start taxing short-term rentals July 1, and New Jersey added a similar tax Oct. 1.

Numerous states had various exceptions — or “carve outs” — for short-term rentals. These received greater scrutiny from legislators around the country as short-term rentals evolved from mostly beach and ski resort rentals to popular options in the past five years, he said.

“We have seen these carve outs extinguished in the last couple years,” Stephens said. “New Mexico is just falling in line with the other states. It’s updating what’s happening in the rest of the world.”

Short-term rental lodgers’ taxes collected in Santa Fe more than tripled from $529,000 in fiscal year 2016 to a projected $2 million for the current fiscal year ending in May. In the same time frame, traditional hotel and motel lodgers’ tax payments to the city eased upward from $9 million to a projected $10.5 million through May, said Randy Randall, executive director of Tourism Santa Fe, the city’s tourism promotion agency and operator of the Santa Fe Community Convention Center.

The primary companies involved in the short-term rental business in Santa Fe are Airbnb, with about a 50 percent market share, HomeAway and its subsidiary, VRBO, and Craigslist, Randall said.

These companies provide internet platforms to allow homeowners to list their homes as short-term rentals.

Randall said Airbnb, through its voluntary agreement with Tourism Santa Fe, already has been paying lodgers’ taxes on all short-term rentals booked on its website.

Short-term rental lodgers’ tax payments in Santa Fe soared from $465,000 in fiscal year 2015 to $529,000 the next year and then $913,000 in fiscal year 2017 and $1.6 million in fiscal year 2018. Although the increases are due partly to the soaring popularity of alternative accommodations, Randall said an increasing number of short-return rental property owners also are registering with the city, as is required.

Santa Fe charges a lodgers’ tax of 7 percent — the maximum up to 5 percent allowed by the state plus an additional 2 percent Santa Fe may charge for Santa Fe Community Convention Center construction and debt service.

Airbnb maintains that short-term rentals complement rather than compete with the New Mexico hotel industry.

“The most recent New Mexico Tourism Department report shows an increase in state hotel occupancy and room rates, even as local hosts welcomed hundreds of thousands of guests,” Airbnb said in a news release. “This suggests that Airbnb is opening up the state to a new slice of prospective tourists by catering to travelers less able to afford hotels, those who desire to stay in neighborhoods or cities that lack hotels, and families who prefer to be together under one roof.”

Randall confirms that hotel occupancy is up, but he regards short-term lodging as competition — visitors do consciously choose short-term rentals over hotels, he maintains.

“I think the [hotel] numbers would be higher without the short-term rentals,” Randall said. “It has softened the demand for hotel rooms. If demand is softer, hotels have to charge lower rates. If a hotel has 76 percent occupancy, they might run 85 percent at higher rates [with the short-term rentals].”

“I do believe short-term rentals are attracting different people to travel,” Stephens said. “I think it’s growing the overall pie.”

New to New Mexico, Portland, Ore.-based Vacasa in October acquired Angel Fire Homes and the vacation homes it managed in Angel Fire. Vacasa now manages 42 short-term rental homes in New Mexico, all of them in Angel Fire except one in Taos, according to the Vacasa website.

Vacasa manages more than 12,000 vacation rentals in 28 states and 16 countries. Vacasa, established in 2009, differs from Airbnb and other online short-term rental companies in that Vacasa books vacation homes but also manages and maintains the vacation home properties.

Tweaks to New Mexico’s lodging taxes on short-term rentals are of no concern to Vacasa, she said.

“In every market Vacasa manages vacation properties, we operate legally and pay the required taxes,” Plew said. “It is very common to pay these taxes to state and local governments across the country.”