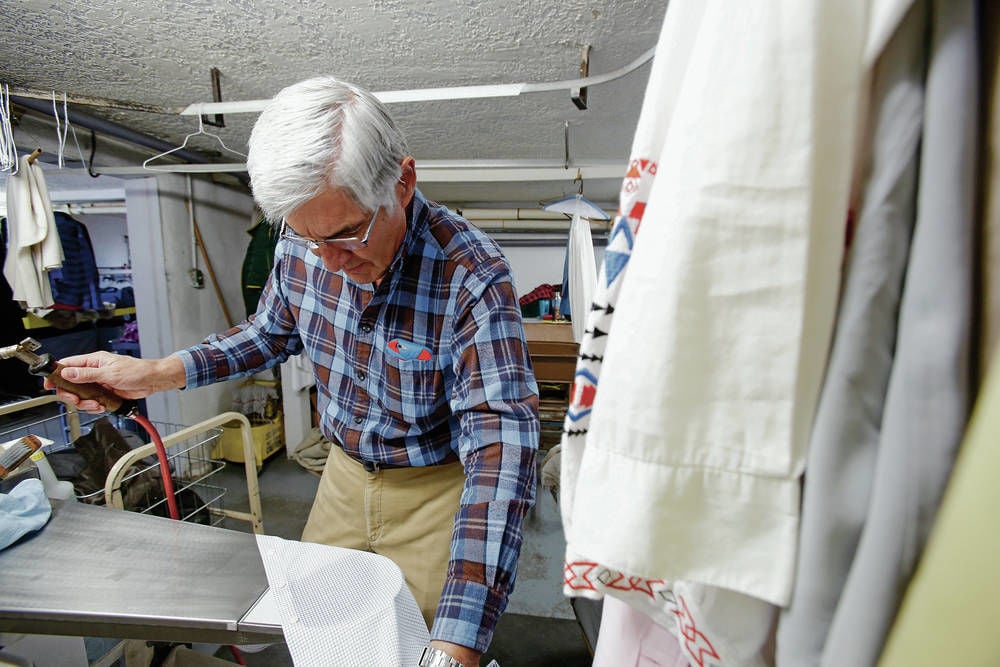 Since handing the general manager duties to his son Chaz Lopez in 1994, owner Manuel Lopez has worked at various duties in the back of La Unica Cleaners. Photos by Luis Sánchez Saturno/The New Mexican 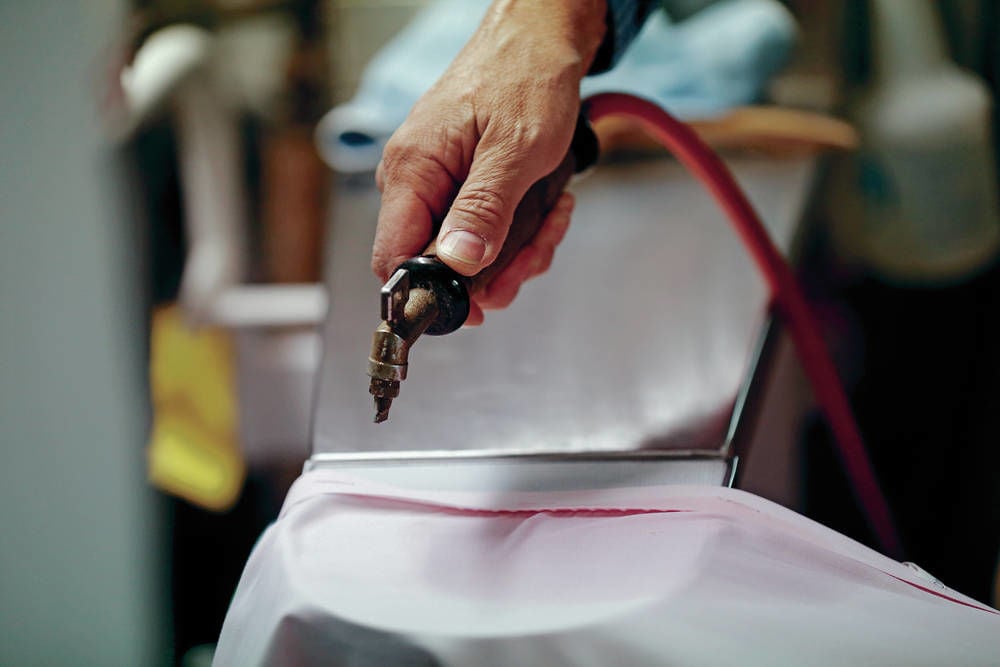 Manuel Lopez, owner of La Unica Cleaners, works on a garment last week at the family store at 687 Cerrillos Road. 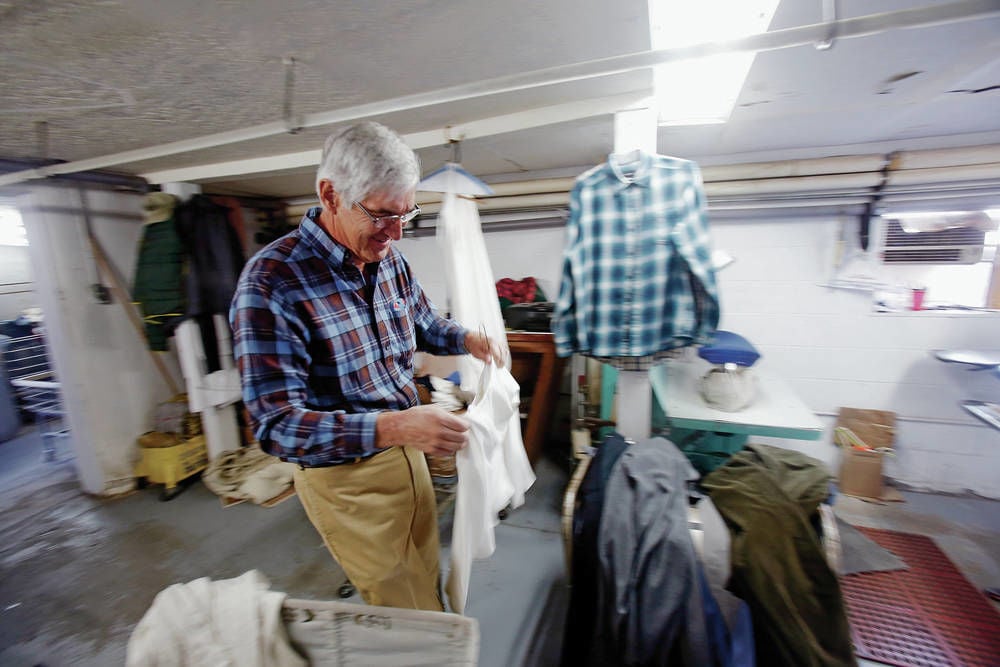 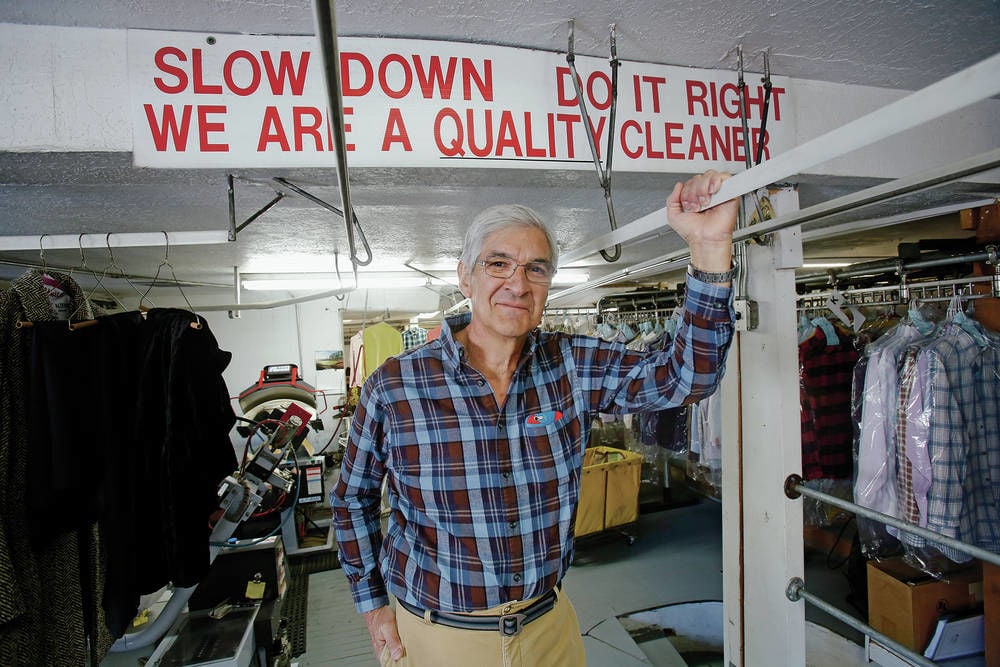 Manuel Lopez, owner of La Unica Dry Cleaners at 687 Cerrillos Road (below), and his family have been in business since 1969. Lopez, 65, has recently cut back on his work at the store.PHOTOS BY Luis Sánchez Saturno The New Mexican 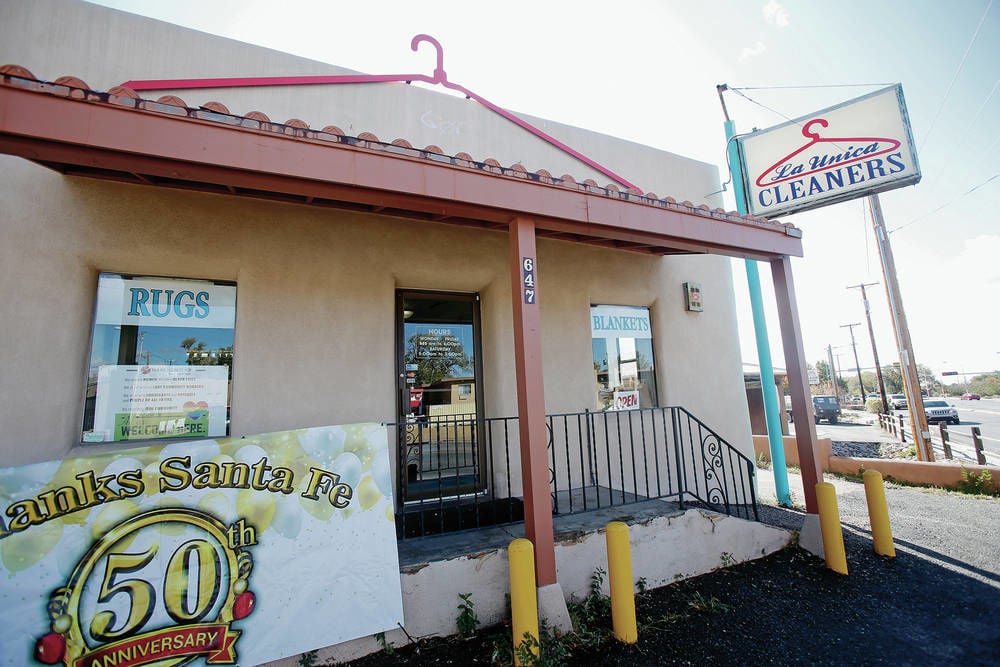 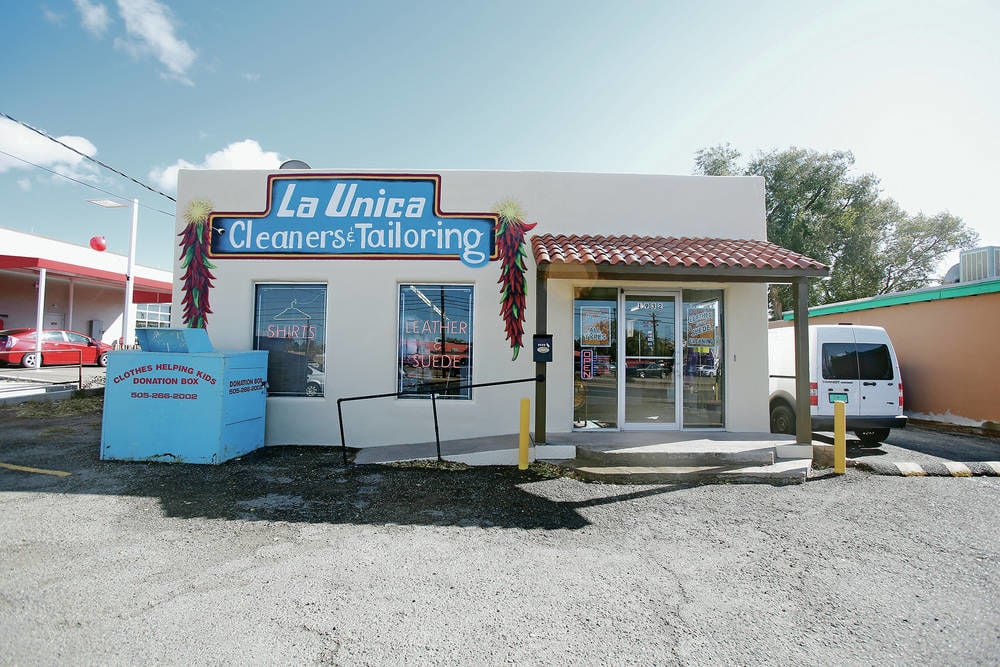 Since handing the general manager duties to his son Chaz Lopez in 1994, owner Manuel Lopez has worked at various duties in the back of La Unica Cleaners. Photos by Luis Sánchez Saturno/The New Mexican

Manuel Lopez, owner of La Unica Cleaners, works on a garment last week at the family store at 687 Cerrillos Road.

Manuel Lopez, owner of La Unica Dry Cleaners at 687 Cerrillos Road (below), and his family have been in business since 1969. Lopez, 65, has recently cut back on his work at the store.PHOTOS BY Luis Sánchez Saturno The New Mexican

Pardon Manuel Lopez for not being at work this week.

The brothers — and before them, their father, also Manuel Lopez — have cleaned clothes on Cerrillos since 1969. Manuel started working for his father at age 15 and took over ownership at the 647 Cerrillos dry cleaners in 1984.

The younger Manuel Lopez is 65 now, still vigorous, still working in the shop, typically from 8 a.m. to 1 p.m. But these days he’s taking a few days off each month and also traveling a week or two a couple times a year. “As long as my son says, ‘I still want to be part of it,’ I will still be part of it,” Manuel Lopez said.

He already handed the general manager reins to son Chaz Lopez in 1994. At that time, Manuel retreated to the back of the shop and took on the duties of spotter — removing spots from garments — and maintenance work. What he really did was retreat from the front desk.

Chaz Lopez, 46, has spent half his life as his dad’s general manager. Chaz started working at La Unica during high school but did a few years in retail before committing to La Unica at about 23.

“I think I brought personality to the store,” Chaz said. “I’m a very good customer service guy. I have a way of talking to people. It’s part of my blood. It’s in my heart. I felt obligated to the family business, to see it grow.”

The younger Manuel Lopez speaks in similar terms. He had a short time away from La Unica when he studied business administration at New Mexico State University and New Mexico Junior College in Hobbs, but he was always back during school breaks,

Lopez counts 17 direct family members and cousins working at the three La Unica Cleaners over the years (a third La Unica was located on Airport Road for a dozen years starting in 1994). Eight family members work the two shops now among the 15 employees.

Diane Lovato is not related to the Lopez family, but for 32 of the 50 years, she has worked several stations in Manuel Lopez’s shop — these days usually pressing pants and sweaters.

Inclusiveness is integral at La Unica. Manuel has a sign in the window proclaiming: “Hate Has No Place Here.” The idea was his daughter Juliette’s. She works in the entertainment business in Los Angeles.

“We have gay relatives,” he said. “Because of that, we are sensitive to that. We have a lot of customers that are gay. We are sensitive. We have customers of different faiths and nationalities. It kind of bites when you see what’s happening just 3½ hours south of here.”

Meanwhile, Manuel Lopez at times resorts to the small box of crayons at his work station. He figures the box itself could be 40 years old, replenished with new crayons as needed. “This is a trick I learned from my dad,” Lopez said.

“People will come in with problem stains they have worked on and faded the clothes. I can add color with crayons. The wax allows the color to adhere to the garment.

The senior Manuel Lopez started La Unica Cleaners in 1969 a couple blocks away at 825 Cerrillos, where Edible Arrangements is today. The business moved to the current location in 1979, originally an 1898 ranch house that had been a repair shop for typewriters and adding machines.

La Unica Cleaners 2 had already opened in 1974 with Jorge Lopez its owner since the start. The stores were always on the south side of Cerrillos.

“You have to be on the a.m. side of the road because that’s when people drop off,” Lopez noted.

When Lopez returns from his travels, he will be back at the spotter station.

“I’m not ready to go home and listen to my arteries harden,” Lopez said.

This story has been amended to reflect the following correction. A previous version of this story included an incorrect address for La Unica Cleaners. The correct address is 647 Cerrillos Road.

Wonderful people. Wonderful article. I am fortunate to have them as friends and am proud of their accomplishments!