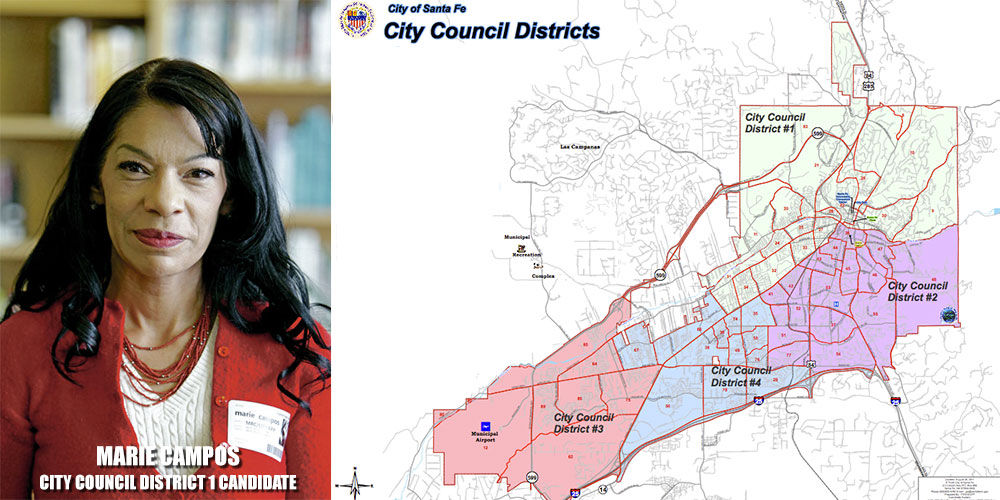 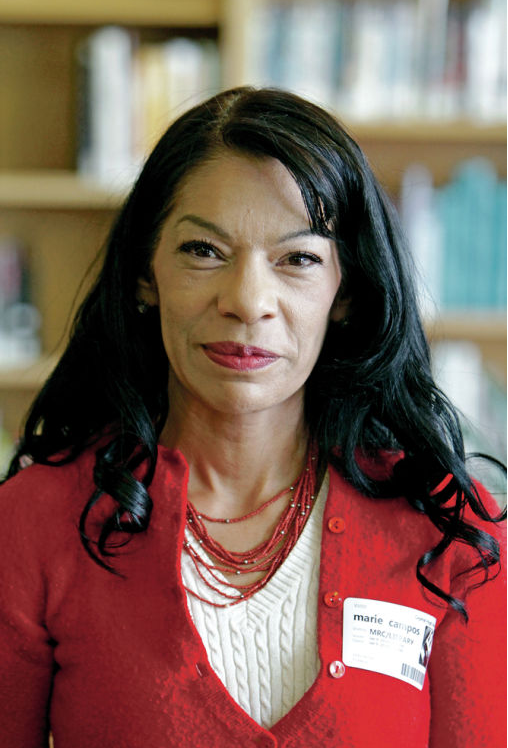 A City Council candidate posted the mugshot of the new Santa Fe Planning Commission chairman on Facebook and questioned whether he is fit to lead, sparking a political skirmish on social media.

"I'm not sure what he was arrested for. But it seems questionable that a dude that was recently arrested gets appointed and is pushing for fast development," artist Marie Campos, who is running for the District 1 council seat, wrote about Vince Kadlubek.

In response, Kadlubek wrote his own Facebook post, saying he was feeling slightly disheartened that a council candidate he didn't name posted his mug shot from 2012 and "is using it to argue that I am not fit for my role on Planning Commission or Meow Wolf."

"They are doing it because I'm supporting Kate Kennedy instead of them. I know it's petty politics, but hurts nonetheless," wrote Kadlubek, chief executive officer of Meow Wolf, a local artist collective.

The District 1 race is the only competitive council race in the March municipal election. In addition to Campos and Kennedy, a marketing coordinator at Los Alamos National Bank and a partner at Skylight Santa Fe, a downtown nightclub, Frank Montaño, a businessman who served three terms on the City Council and two on the school board, and Renee Villarreal, a former Santa Fe Planning Commission member, are also running for the seat.

The seat has been held by Councilor Patti Bushee for more than two decades. Bushee decided not to seek re-election and endorsed Villarreal.

Kadlubek told The New Mexican that he looked forward to continuing to prove his love for Santa Fe "through my actions as a community organizer and business owner."

"I regret the mistakes I have made in the past, and I am grateful for all the support that has given me the chance to be a force of positivity in our community," he said via Facebook.

Kadlubek was appointed to the Planning Commission by Mayor Javier Gonzales. He is a friend of the mayor's and volunteered on his campaign. After he was confirmed by the council in April, Kadlubek became the vice chairman. He became chairman last week when Mike Harris, who is running unopposed for the District 4 council seat, stepped down.

Kadlubek has received overwhelming support from friends on his Facebook post, which had more than 100 "likes" as of Monday morning. In the post, Kadlubek acknowledged that he was arrested for shoplifting.

"I dedicate so much of my time towards the betterment of our city. Yes I have made mistakes, and I've learned deeply from them. I've now, thankfully, been given an opportunity to showcase my positive attributes in a healthy way, and I am committed to that path," he wrote.

"Once and for all -- yes, I've been arrested in the past for shoplifting. And I'm working my tail off to write a new chapter that makes up for those mistakes.

As someone who lives in District 1, I can tell you that I will not vote for Compos under any circumstances... But she does bring up a valid concern. Someone with Kadlubek's criminal background, has no business being appointed too or serving on the Planning Commission, much less ANY other city backed commission or committee... He simply can't be trusted and should resign or be removed for the public good.

Given the fact that arrest records are public information and easily available, Ms. Campos' motives are obvious. That aside, the facts remain. It was only three years ago that he was arrested for shoplifting and he was 30 years old at the time! He was not just a dumb young kid who made a one time only stupid mistake. Now he is the chairman of the Planning Commission. That in itself speaks volumes in regard to how important integrity and honesty was to our Mayor when he made his appointments. Sad state of affairs, but business as usual in Santa Fe. On another note.....what ever happened to Vince's "Santa Fe Stories" project that he raised over $10,000 on Kickstarter for? Didn't the city also cough up some dough for that as yet uncompleted project?

He has been arrested 4 times...last name misspelled. I think the comments and concerns by Marie are valid, especially since the last arrest was a little over 2 yrs ago.

Marie asks a fair question. But a thief in City Hall should fit right in, unfortunately.

Oops, my bad typing. I meant to say "not by ad hominem" Also the words "in his present job" were supposed to follow "has or hasn't done" Wow, please forgive; it's Monday morning!

Such nasty small town politics. Mr. Kadlubek has paid for his mistakes and turned his life around. Judge him by what he has or hasn't done, no by ad hominem (against the person) argument. Shame!

What was he arrested for? Do your job Chacon! Do some research!

As the blog post states, he was arrested for shoplifting.

I hope you have a great day.

I congratulate you, Mr. Chacon, for your restraint and professionalism. I might not have been as polite to Mr. Becher, who clearly did not read the article.

Sorry, that was buried.. and I missed it. Was he convicted?

From the story: "Kadlubek acknowledged that he was arrested for shoplifting."

I'm glad that she carpetbagged out of my district, Marie Campos thinks dirty pool work, District 1, show her how wrong she is.