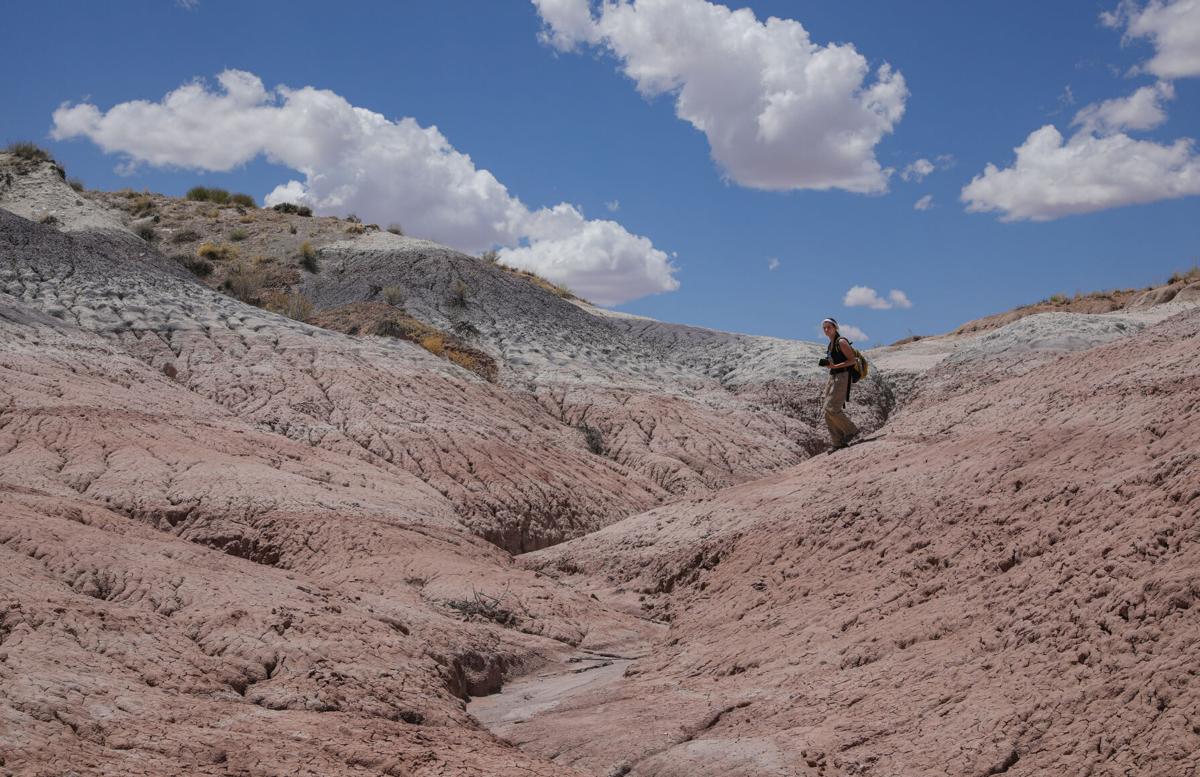 New Mexican reporter Victoria Traxler hikes the Petrified Forest National Park in Arizona in May. When traveling alone, pay attention to your instincts — it’s one of the best ways to protect yourself. 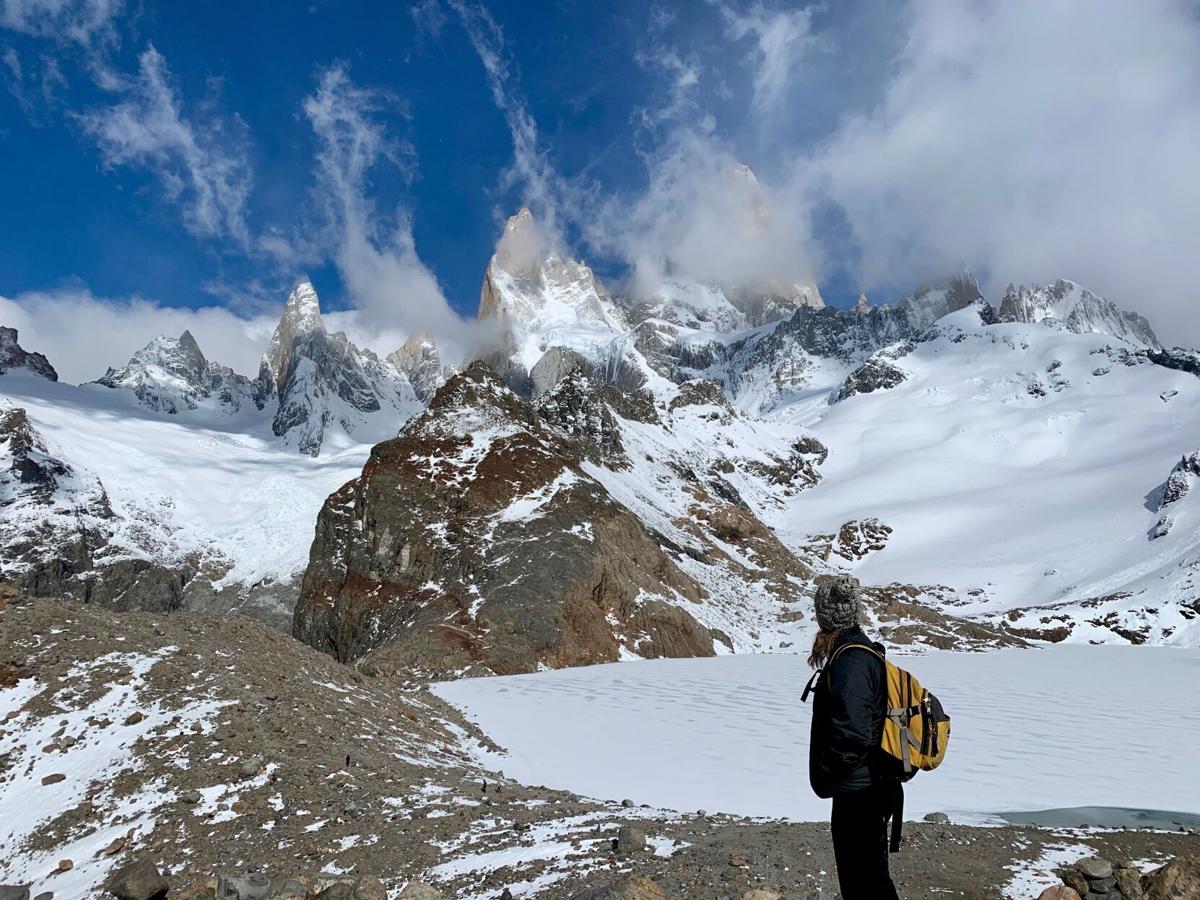 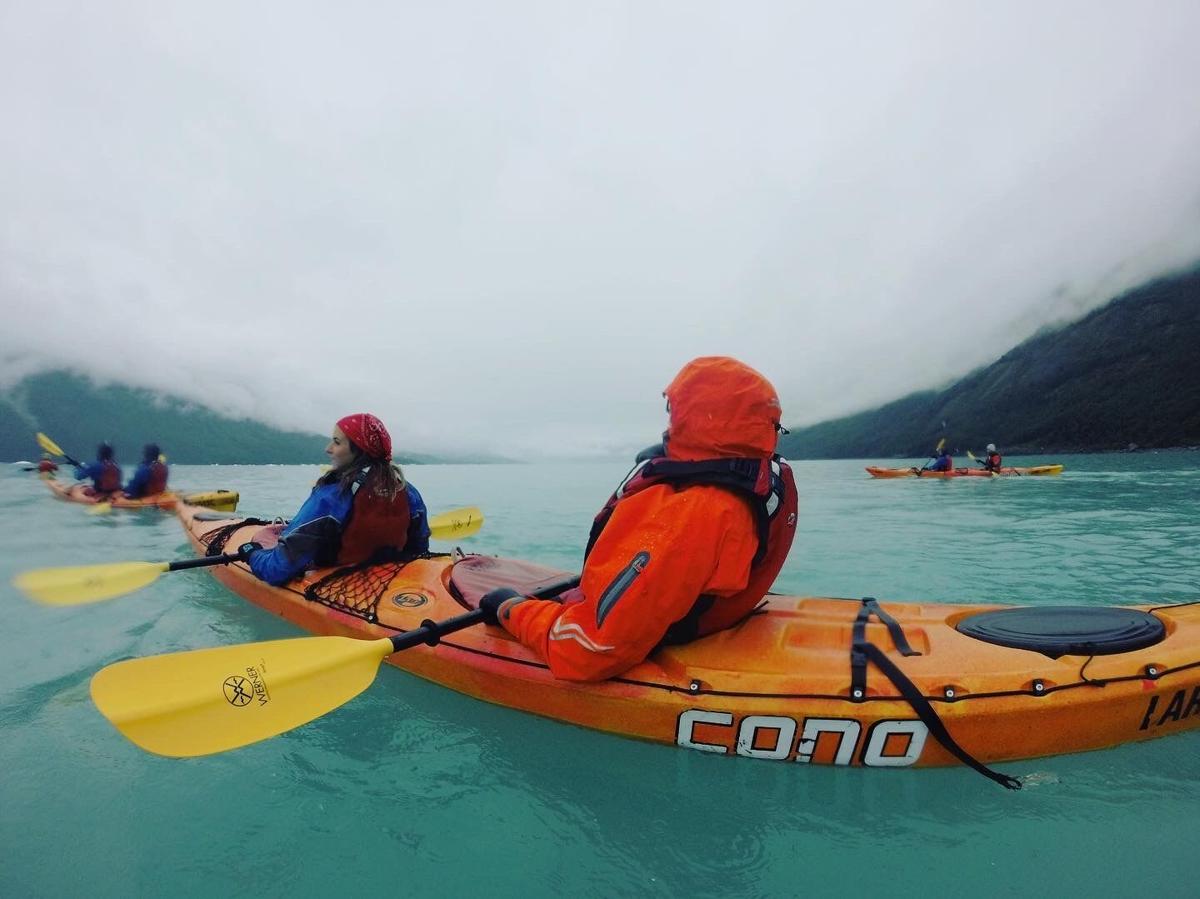 Traxer, left, goes on a kayak tour in November 2019 at the Perito Moreno Glacier of Patagonia.

New Mexican reporter Victoria Traxler hikes the Petrified Forest National Park in Arizona in May. When traveling alone, pay attention to your instincts — it’s one of the best ways to protect yourself.

Traxer, left, goes on a kayak tour in November 2019 at the Perito Moreno Glacier of Patagonia.

I remember the first time I felt it — a slight tightening in my shoulders, slowed breathing and increased awareness of my surroundings.

My gut was telling me something was wrong. It probably had to do with that man over there who was looking at me in a way I could only describe as predatory.

As a female traveler, I cannot tell you the number of times I have had that experience. In fact, it happened again just the other week.

I was camping on public land with a friend and learned that “public land” doesn’t mean public to some. We were approached by two men, who’d brought their dog and a gun to greet us.

“What are you doing here?” the driver asked.

“We are just here for the night,” my male friend responded.

“This is private land.”

It wasn’t. We checked.

As my friend and the driver discussed the issue, the passenger looked at me, smiled, waved, then asked how long we would be staying there.

The entire conversation had changed knowing we would be spending the night.

He looked back at me, smiled and waved. This probably happened another two or three times.

You might be thinking one of two things: This seems like a friendly guy who was concerned about his safety and was now at ease since we didn’t pose a risk to him, or “Oh, hell no.”

I’ve traveled on solo trips through southwestern Virginia, western North Carolina, Spain, Argentina, Patagonia as well as other places. I know when someone is being friendly and when someone is not.

The men decided to leave and return to their camper about a quarter-mile down the dirt road from where we were.

I told my friend we needed to leave. My instincts were screaming at me that this was no longer a safe place for me to sleep, and it would be better to pack up and move on. As soon as we did, I felt better.

You can chalk this up to paranoia, but as more women get outdoors and explore awe-inspiring parks and remote places, I feel instinct is your most important safety tool.

One of my sources with the police department told me many victims later tell him they had a “bad feeling” about a situation or a person, but dismissed it thinking they were being irrational or overly fearful.

Trust your gut instinct. It is common knowledge that your body’s fight or flight response is triggered when the brain senses danger and releases a flood of hormones and chemicals designed to create a certain response, often adrenal-based. Intuition plays a role in when that response is triggered.

Traveling is often a time when you learn to take the hand of a stranger and live in properties owned by someone you don’t know, sometimes with more strangers. It’s also important to note that the vast majority of people are good.

I hiked the Mount Fitz Roy trail in Argentina’s Patagonia with a German man I had met the day before. It was one of the most memorable experiences I’ve ever had.

But I feel that women are told far too often to ignore their instincts, to not “be crazy” or dismiss someone who is just “being friendly.” In reality, listening to your instincts is one of the best ways to protect yourself.

Absolutely, it’s important to prepare yourself with whatever tools and knowledge you feel are necessary to ensure your safety. And it’s imperative to plan trips, be aware of the dangers a place can pose and communicate with friends or family about when and where you’re going.

But trust your instincts. Be rude, be awkward, put your foot down if you need to, and never apologize for knowing what is best for you and your safety.

Well said, Ms. Traxler. I bet most adult women have at some point had similar encounters to those you describe, whether it's while camping or something as mundane as sitting at a bar. I've been fortunate in never having a truly dangerous encounter, but as you say, it's vital to trust your gut. No shame in keeping safe.

Always maintain situational awareness, and if you see someone your worried about eye ball him hard and often, attackers like people that are not paying attention and are easy targets, not people that are highly aware of their presence. Small bear spray is good for many things dogs and people.

Well said, Victoria! Unfortunately there are creeps out in the big wide world. Keep that bear spray at hand!

I was camping with my boyfriend in the smoky mountains very early one spring and we were approached in the morning by two men who were saying generic friendly things but were just creepy as all get out. One was squatting and one was standing and my sense was that they could move in our direction very quickly if they chose to. My boyfriend didn’t get bad vibes but my legs were shaking and I was digging in my bag for the little Swiss Army knife I had. The only thing I had. And then thank God they went away. And no, I do not regret that we were not carrying a gun.