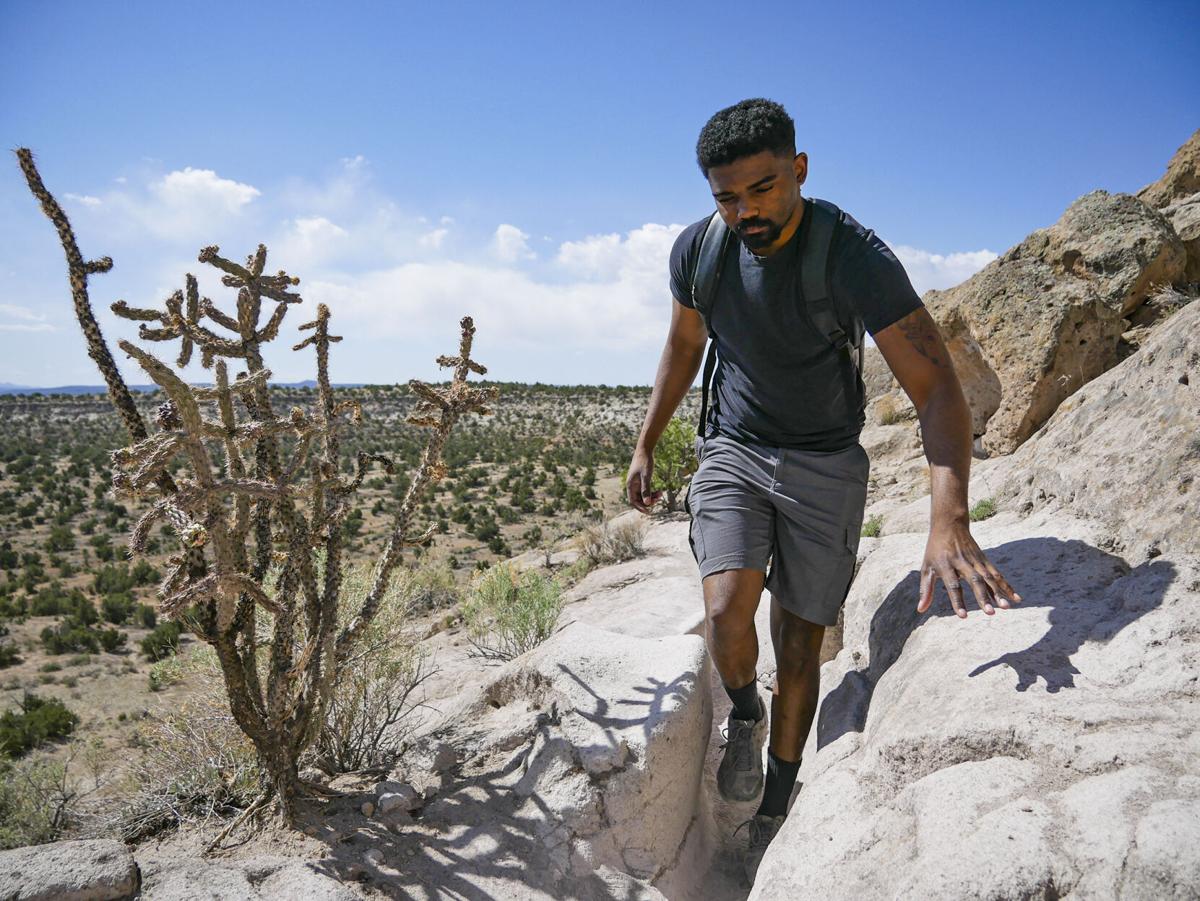 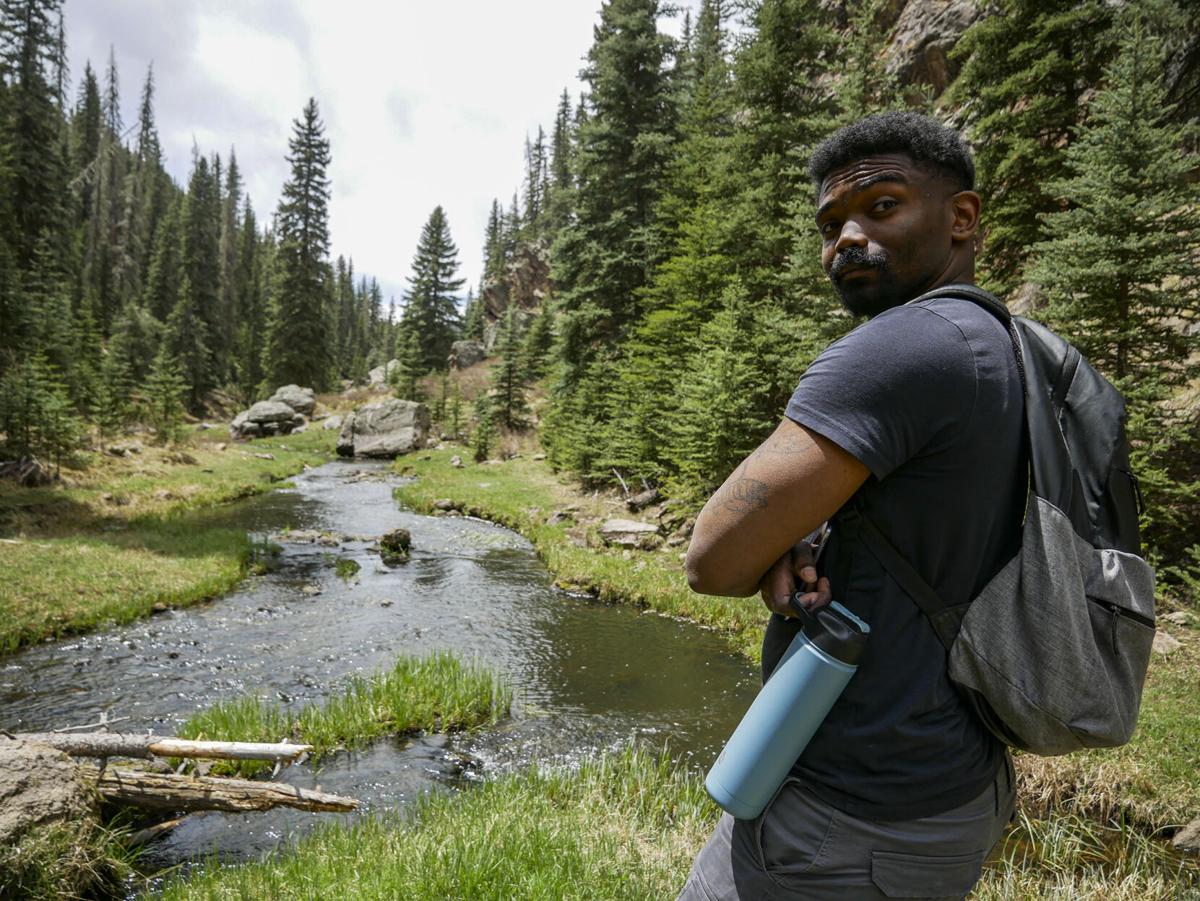 New Mexican reporter Sean P. Thomas takes a break next to the East Fork of the Jemez River during a May 9 hike in Valles Caldera National Preserve. 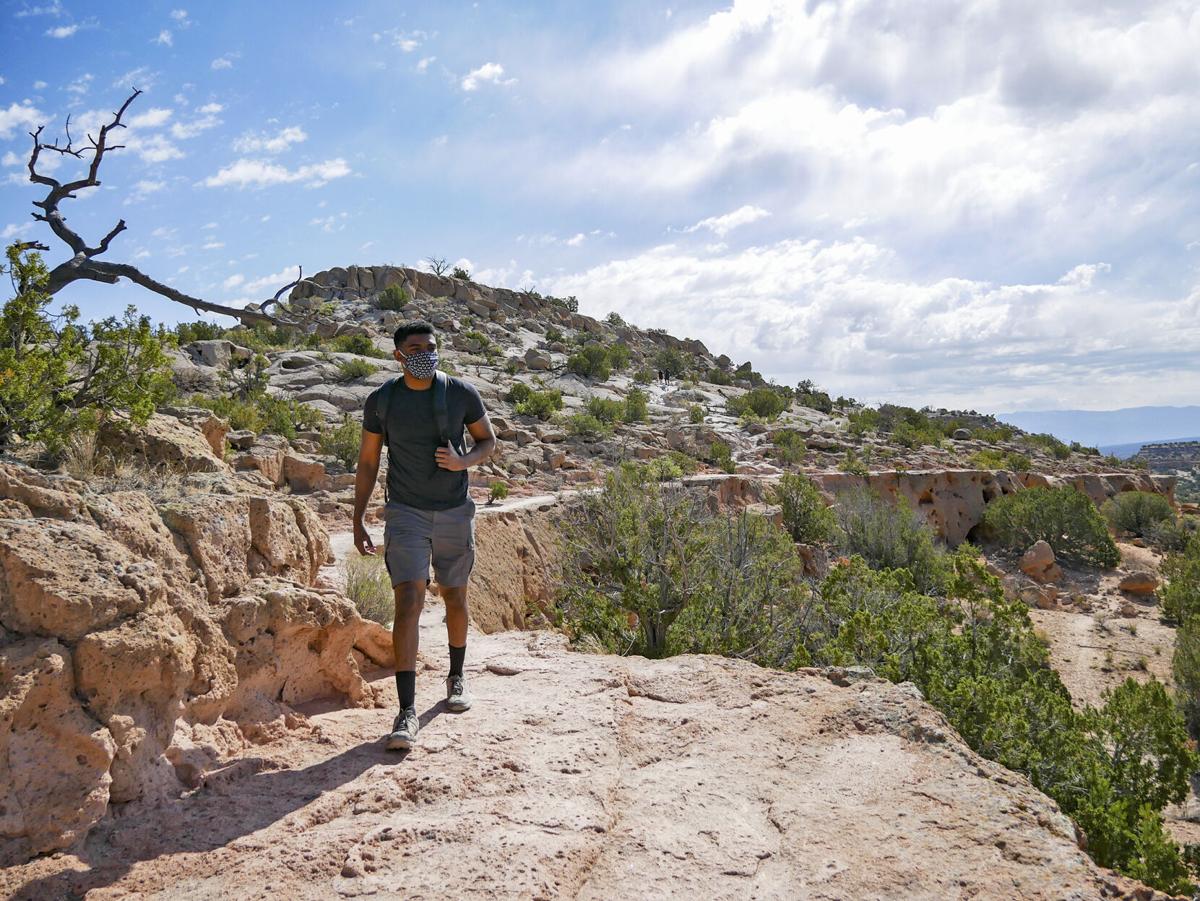 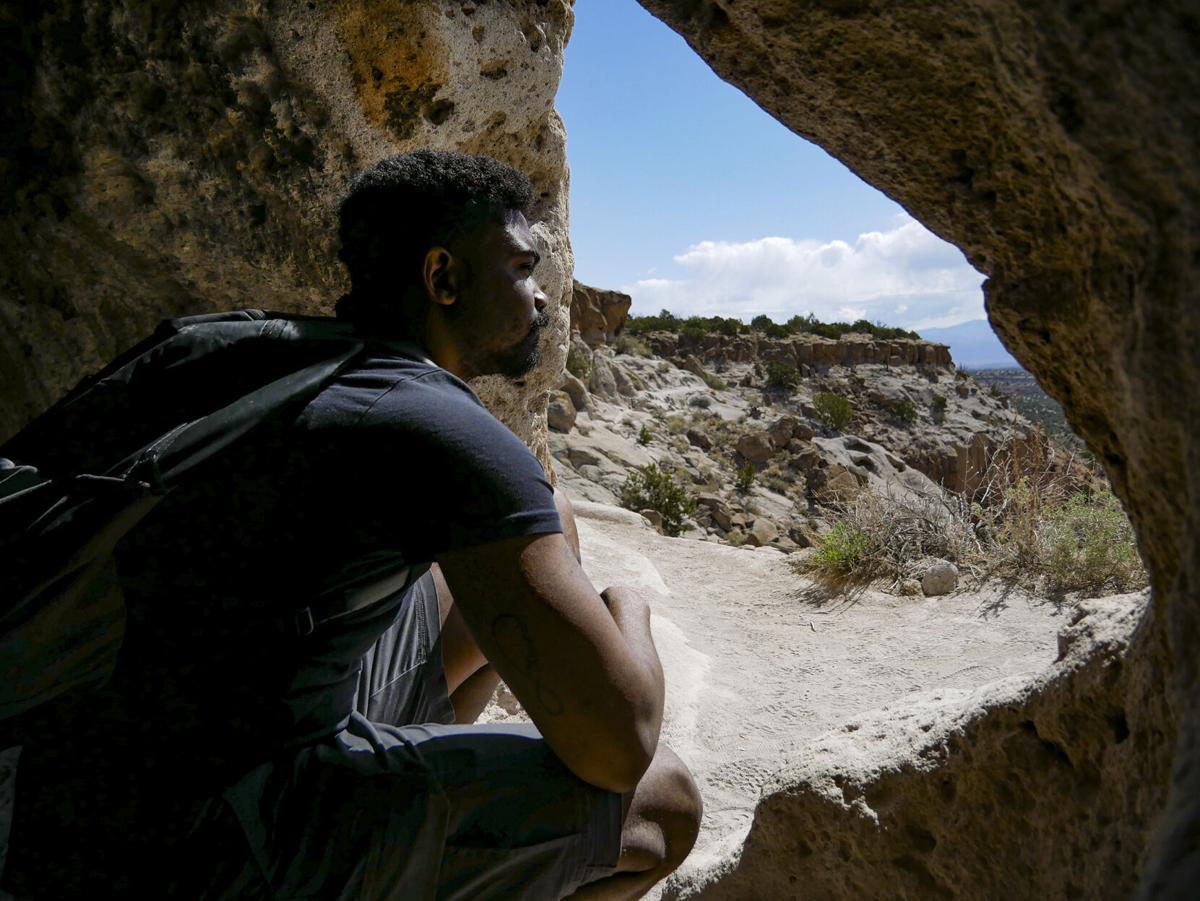 New Mexican reporter Sean P. Thomas takes in the view while looking out of a cave in the Ancestral Pueblo village of Tsankawi during a May 9 hike through the Tsankawi section of Bandelier National Monument.

I knew it was a good hike when my knee started to hurt.

As I marched through a slightly hidden path nestled in the Valles Caldera National Preserve with The New Mexican’s resident Sherpa, Matt Dahlseid, walled in by towering cliff sides and enticed by the slow pitter-patter of a nearby stream, the all too familiar throb began to radiate through my right knee.

For about 20 minutes, with each step, a jolt of small, annoying pain would run its way through my knee. The pragmatist in me said stop right there and begin the short hike back to the car, but curious what other natural beauties awaited just around the next bend, I pushed on.

That sentiment didn’t last for long. As we stood filling our lungs with the fresh alpine air and serenading our ears with the slow babble of the east fork of the Jemez River, I relented.

For almost a decade, that throb was a signal I was starting to reach my physical limits, that I had earned that beer in the fridge and a few moments to put my feet up. For most of that period, it was tied to the strains of baseball. But with my playing days largely behind me, that war injury has reared its ugly head as I stomped along the hiking trail.

And boy, has it been on full display in the Land of Enchantment.

When I began preparing for my move to Santa Fe from Los Angeles close to six months ago, I made a conscious decision to throw myself further into the outdoors, promising I would try to do at least two hikes a month.

I expected to trounce through desert landscapes and for the land to be primarily flat.

I couldn’t have been more wrong about the landscape.

To my surprise, the majority of my hikes in New Mexico have included significant elevation changes, a development far different from what I experienced during my six years in Los Angeles.

I consistently found myself along the trails in Los Angeles, but not once in the City of Angels did the old knee start to tap out after what I thought was a good hike.

But New Mexico presented a unique kind of adventure. Maybe it’s the terrain, maybe it’s the elevation, but in New Mexico, Righty has been beating the old drum at the end of almost every excursion.

I guess I should get used to it.

I told my mother about the knee thing shortly after the hike with Matt. She told me I was probably barreling toward a date with a surgeon’s table and should take it easy.

I intend to take her advice, but I have to admit, the trade-off isn’t easy.

Maybe there is something about New Mexico that simply pulls us out of our dwellings, almost challenging us to take on its peaks and valleys.

I don’t think I’ll be able to just sit down and bear being unable to throw on my hiking boots for a new adventure. That might be worse than the pain.

I keep telling myself I’ll find myself on top of Wheeler Peak one of these days.

I guess I should invest in a good knee brace.

Now if I can just get used to the oxygen levels.

Welcome to Santa Fe Sean. Thanks for you reporting.

Try 2 cheap knee braces from Walgreens, 2 hiking poles, Motrin before, and both motrin and tylenol during and after. Go far!

Good article, I totally relate. It's the hike down from Wheeler that will do your knees in.

Terrific piece. Hope you do more.

Nice personal story Sean, welcome to the land of Enchantment. See an orthopedic surgeon or at least a family doc about the knee. Hope your time here is long and productive and full of hikes.