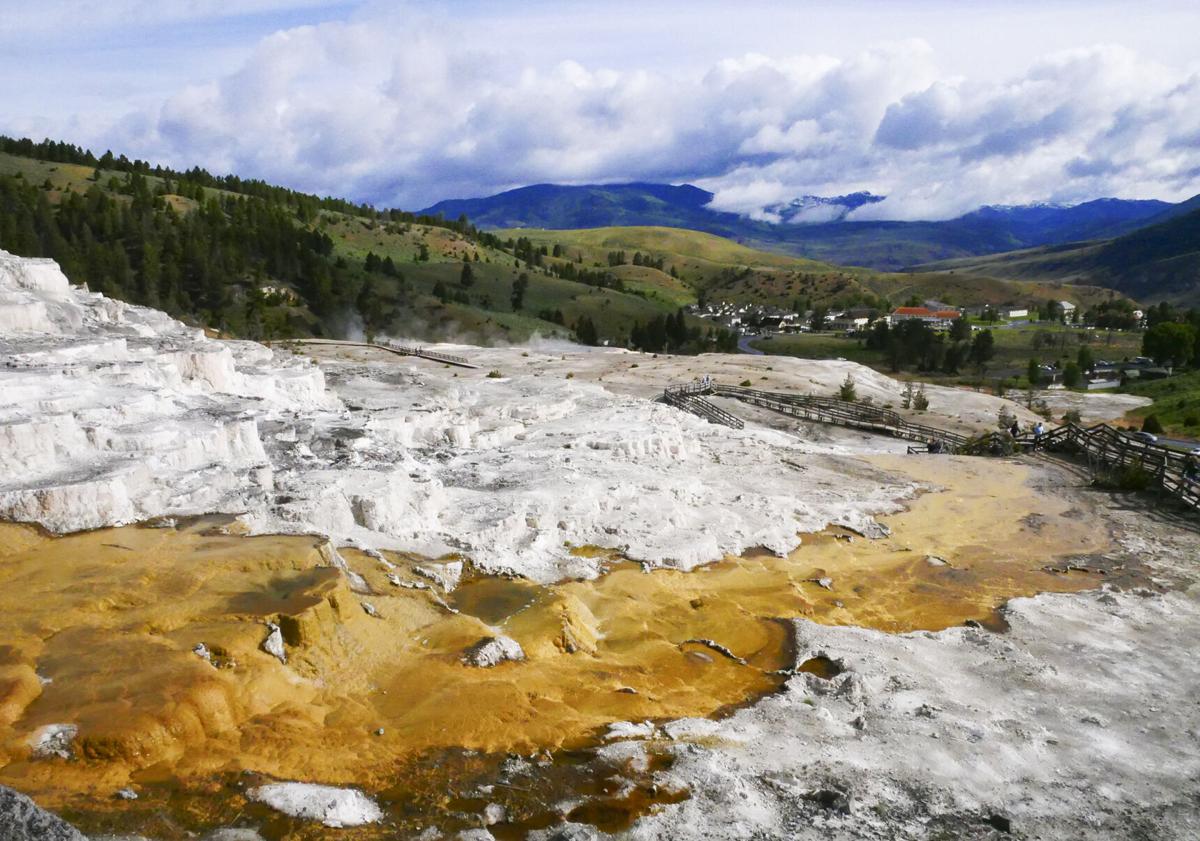 Mammoth Hot Springs in Yellowstone National Park. A new podcast called Parks explores the history of Native tribes on national park land, the ways in which the land was taken from them and other issues Indigenous communities face. 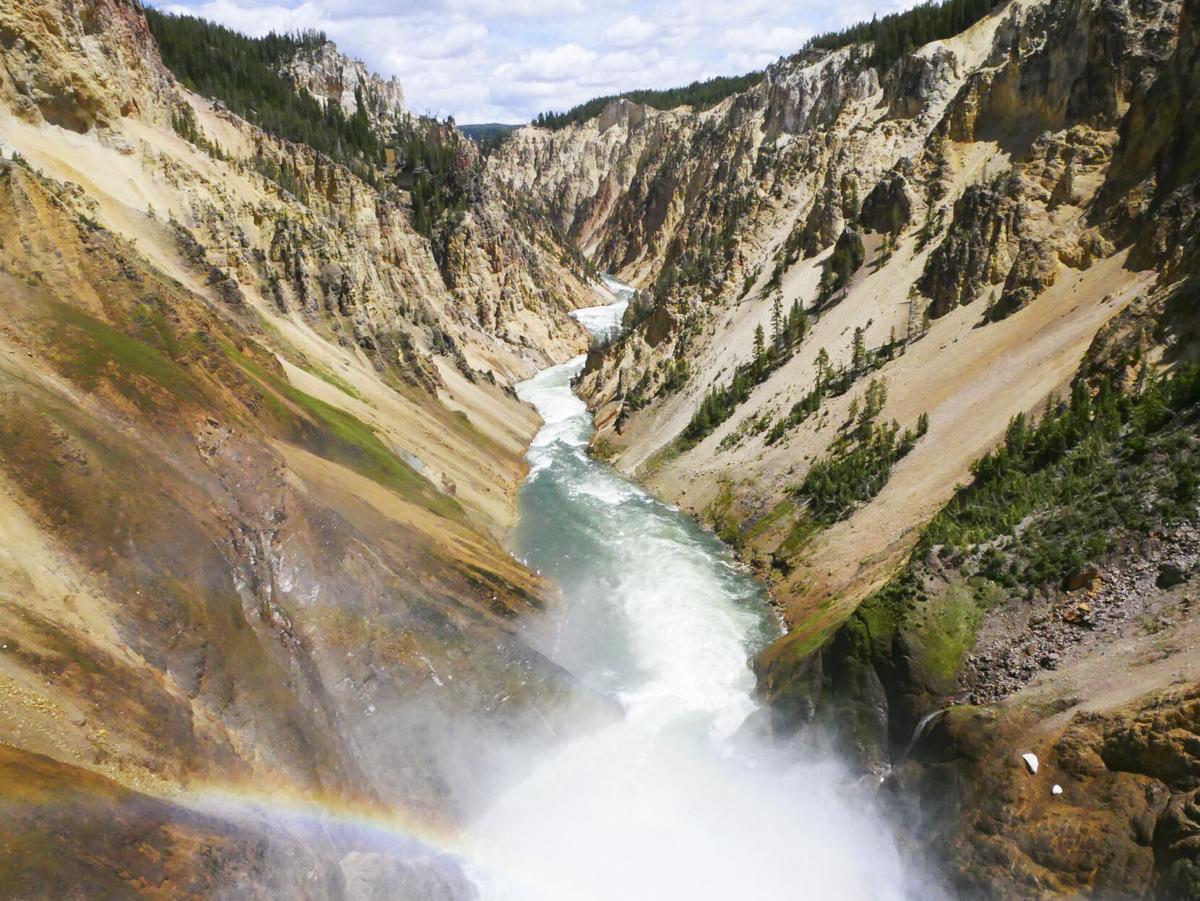 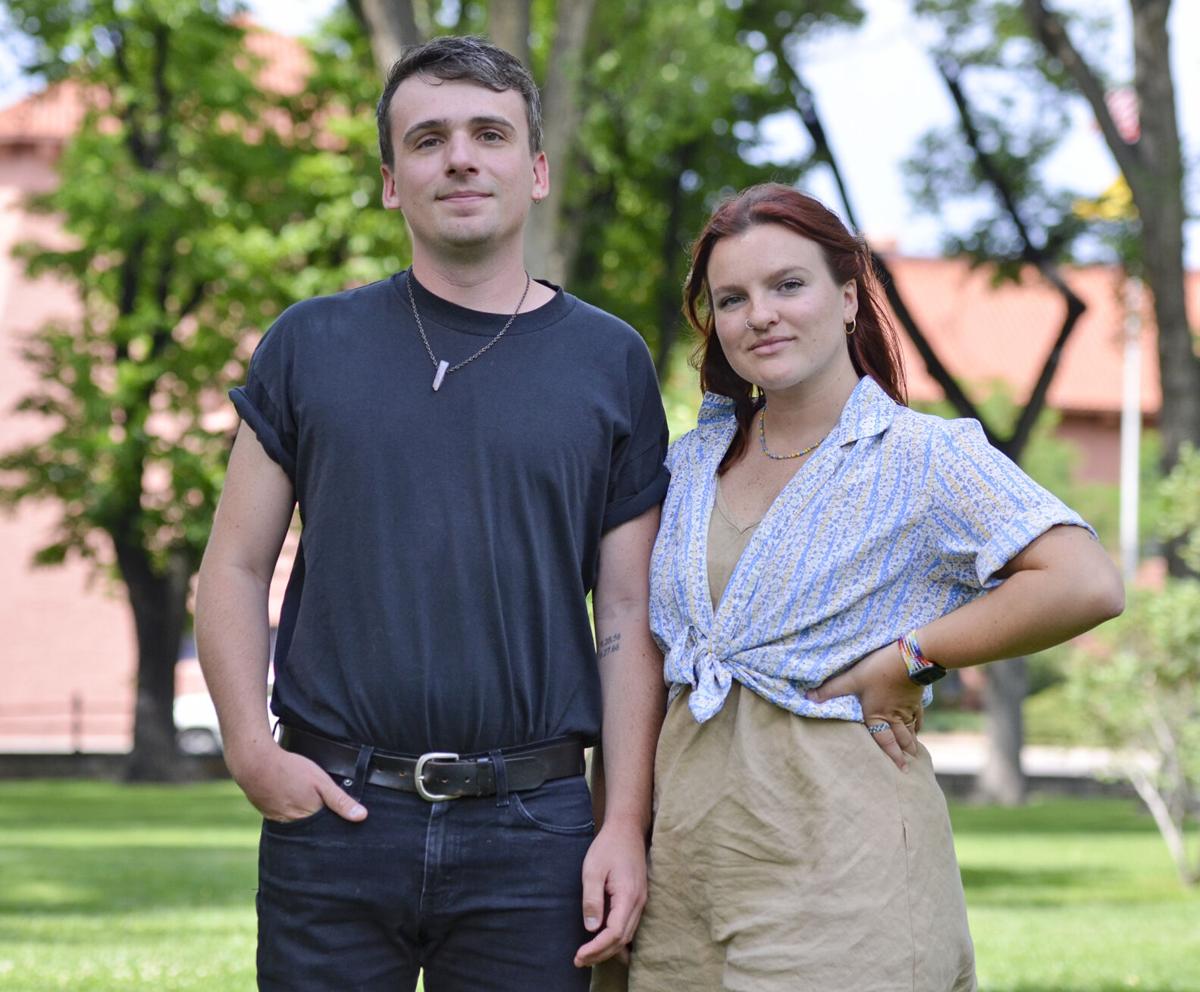 Freelance multimedia journalists Cody Nelson and Mary Mathis, who are based in Santa Fe, are co-creators of the new Parks podcast. They released their first episode, ‘Yellowstone,’ on June 22. 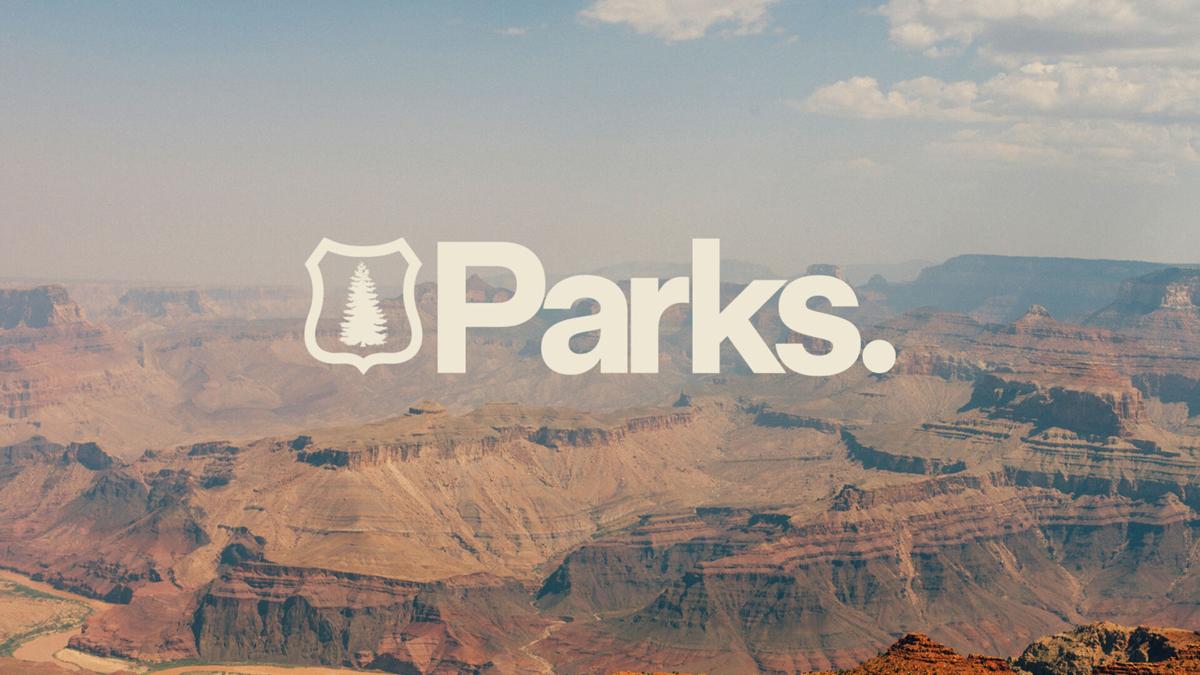 Co-creators Mary Mathis and Cody Nelson describe Parks as "a podcast exploring the truth about the creation of U.S. National Parks, retold alongside Indigenous voices." With an anticipated release in July, the podcast's second episode will focus on the stories of Native tribes living in and around the Grand Canyon.

Mammoth Hot Springs in Yellowstone National Park. A new podcast called Parks explores the history of Native tribes on national park land, the ways in which the land was taken from them and other issues Indigenous communities face.

Co-creators Mary Mathis and Cody Nelson describe Parks as "a podcast exploring the truth about the creation of U.S. National Parks, retold alongside Indigenous voices." With an anticipated release in July, the podcast's second episode will focus on the stories of Native tribes living in and around the Grand Canyon.

In the first minutes of the first episode of a new podcast called Parks, Shane Doyle speaks of being largely unaware of his family’s sprawling roots in the area known today as Yellowstone National Park while he was growing up in the small town of Crow Agency, Mont.

A member of the Crow Nation, Doyle’s ancestors were forcibly removed from the land that was eventually established as the world’s first national park in 1872. His family had been detached from this land for generations, and the park known internationally for its remarkable geothermal features and stunning wildlife was relatively foreign to him as a youth.

While obtaining his master’s degree in Native American studies, Doyle became well-versed in the onslaught of obstacles that confronted his and nearly 30 other tribes associated with the Yellowstone area.

The tribes contended with diseases like smallpox brought to the continent by European colonizers, broken land rights treaties by the United States government, the killing off of their primary food source — bison — and a forced assimilation into mainstream European American culture through Native American boarding schools.

“Quite frankly, there was an ethnic cleansing on this ground,” Doyle says in the 28-minute debut episode of Parks titled “Yellowstone,” which was released June 22. “And the cleansing was not just the people and the culture, but it was also the memory, it was the history, it was the way of life that existed for thousands of years that all of the sudden vanished.”

As the popularity of America’s national parks continues to surge, Parks co-creators and Santa Fe-based multimedia journalists Mary Mathis and Cody Nelson urge visitors to educate themselves about and acknowledge the Indigenous tribes whose ties to these sacred spaces span millennia.

The aim of the documentary podcast is to explore the history of tribes on these lands, the ways in which the lands were dispossessed, issues the Indigenous communities face today, and how they’ve kept their culture and traditions alive.

“There’s so much that was written, but when it was written, it was from the point of view of Eastern colonizers,” said Mathis, 25, a former photo editor at National Public Radio and Outside magazine who serves as the host of Parks. “It wasn’t every story, it was just one story — the quote, unquote ‘winner’s’ story. We see that a lot in our education system and I think that was where the idea [for Parks] kind of came from.”

The first episode follows a format the Parks team plans to replicate throughout the project, one where Indigenous guests are closely involved in each step of the editing process so as to maintain complete ownership of their stories.

The guests’ feedback is considered at every point in the editing of an episode, creating a collaborative environment of storytelling.

“For a long time, Native people have not had ownership of the narrative about what the wider general public knows about Indigenous people, so it’s really critical that the guests have complete ownership of the process because that’s the most important part,” said Taylor Hensel, a citizen of the Cherokee Nation who serves as a story editor for the podcast. “That’s the only way to tell authentic stories.”

Mathis and Nelson began research for Parks last summer. The couple, who moved to Santa Fe from the Midwest last year, had to conduct all of their interviews via phone or video call because of the coronavirus pandemic.

Nelson, 28, said the obstacle ended up shaping the show in a positive way.

“It forced us to get creative, which I think wound up being a good thing because the format we’ve taken is using the voices of our guests rather than the voices of me and Mary,” said Nelson, a former reporter for Minnesota Public Radio. “We’ve aimed to go really light on the narration and really heavy on our guests’ voices.”

Hensel was one of the consultants Mathis and Nelson reached out to early on while contemplating the path of the podcast. She works full-time as a producer for Nia Tero, a nonprofit based in Seattle that works globally with Indigenous people, specifically when it comes to land rights and the environment.

The Parks project excited Hensel, and she accepted an offer to join the small team as its third member.

Hensel said her view of national parks is tied to the history of dispossession and broken treaties that took the lands away from their original inhabitants.

“As a Native person, I live every single day knowing that this is stolen land, and this land doesn’t belong to the people who claim to own it. National parks are no exception,” Hensel said. “When I enter those spaces, I carry that weight with me, knowing that land was stolen from Indigenous peoples. It certainly is heavy and I personally believe that that land should be given back. I hope to see that one day.”

Hensel is also passionate about the words used when speaking about natural spaces such as national parks.

It’s common to hear language that discounts the history of Indigenous tribes on these lands, such as referring to the environments as “pristine” and “untouched.” Hensel works with Mathis and Nelson to be intentional and thoughtful about the words being used in the narration.

“Taylor is someone who is working with us consistently to decolonize the language that we use in the script,” Mathis said. “There have been rewrites and rewrites and rewrites of sentences where we maybe used a word that had some sort of power dynamic to it, and she’s really opening our eyes to the ways in which we really do need to decolonize our language, especially in journalism.”

Another unique aspect of the podcast’s production is the compensation of guests who share their stories.

The not-for-profit project is funded by donations and out of the pockets of Mathis and Nelson, who both freelance to earn a living. Nelson said they offer a small honorarium, sometimes around $50 or so, to guests for their contributions.

The Parks team plans on releasing an episode each month during the summer, then seeing where things go from there. They’ve already conducted all the interviews for the second episode, which will focus on Native tribes living in and around the Grand Canyon, and hope to release the episode in July.

Mathis and Nelson said their perspective on national parks has changed considerably while working on the project and speaking with Indigenous people whose lives have been impacted by land dispossession.

“It’s a far more complicated picture, I’d say, from what I’ve learned,” Nelson said. “It makes you think about everything a lot differently.

“I will still go to national parks; I’m not going to boycott the system, but I am going to live in a way that doesn’t become a party to this awful commodification of nature and the erasure of the people whose lands this is.”

To listen to the first episode of Parks and find out more about the podcast, visit parkspodcast.com.

Do they propose returning all the National Parks to the tribes? Many activists do:

Hey Mike, I have no doubt that the Tribal Nations would do a better job managing the Parks than the Federal Government did managing their Trust Accounts, or the [mis-]education of their children in boarding schools.

True all their casinos and resorts are such show places......and make so much money.