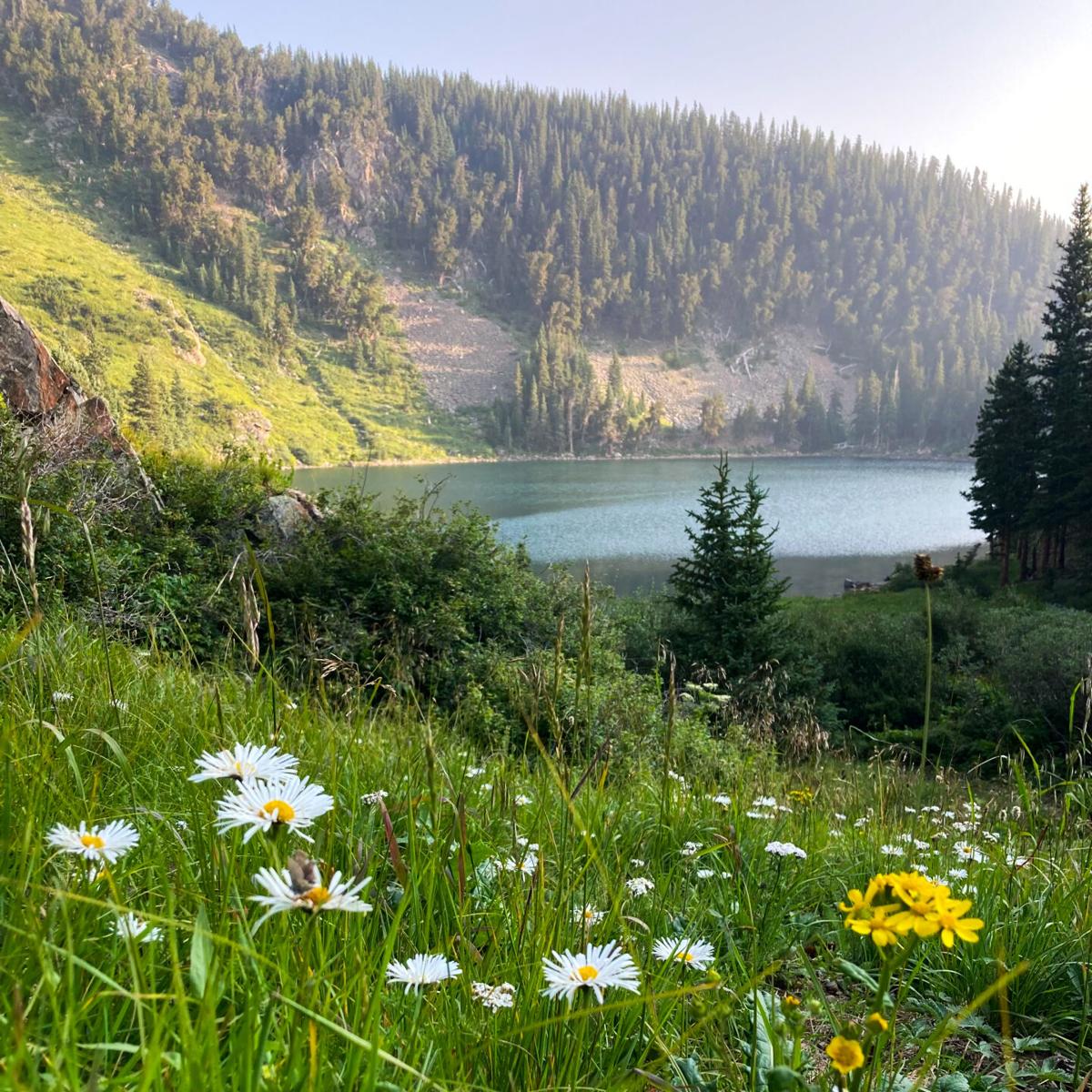 The view of Lost Lake earlier this month in Carson National Forest. 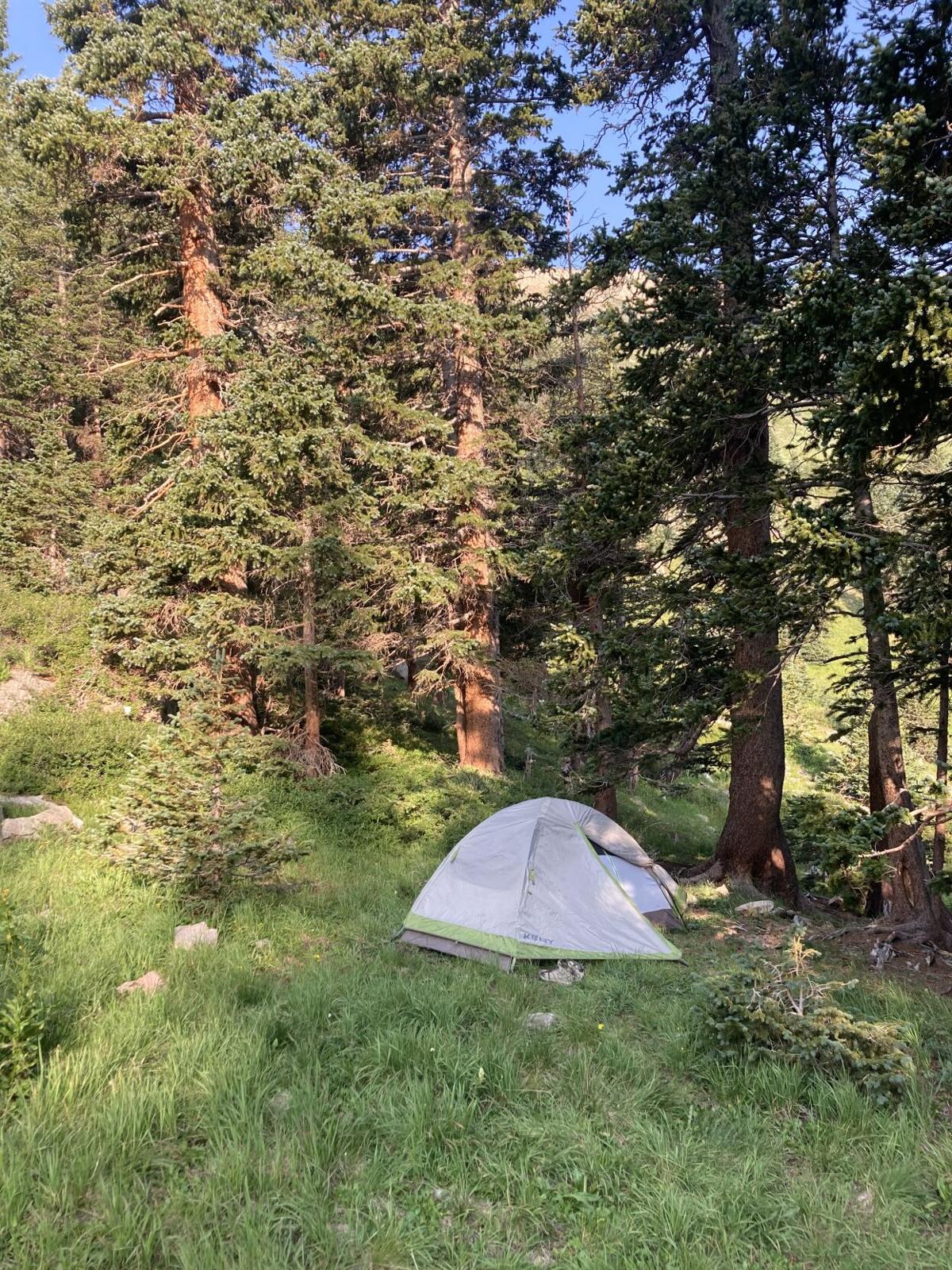 The Carson National Forest requires campers to pitch their tents at a campsite at least 300 feet from the lake. 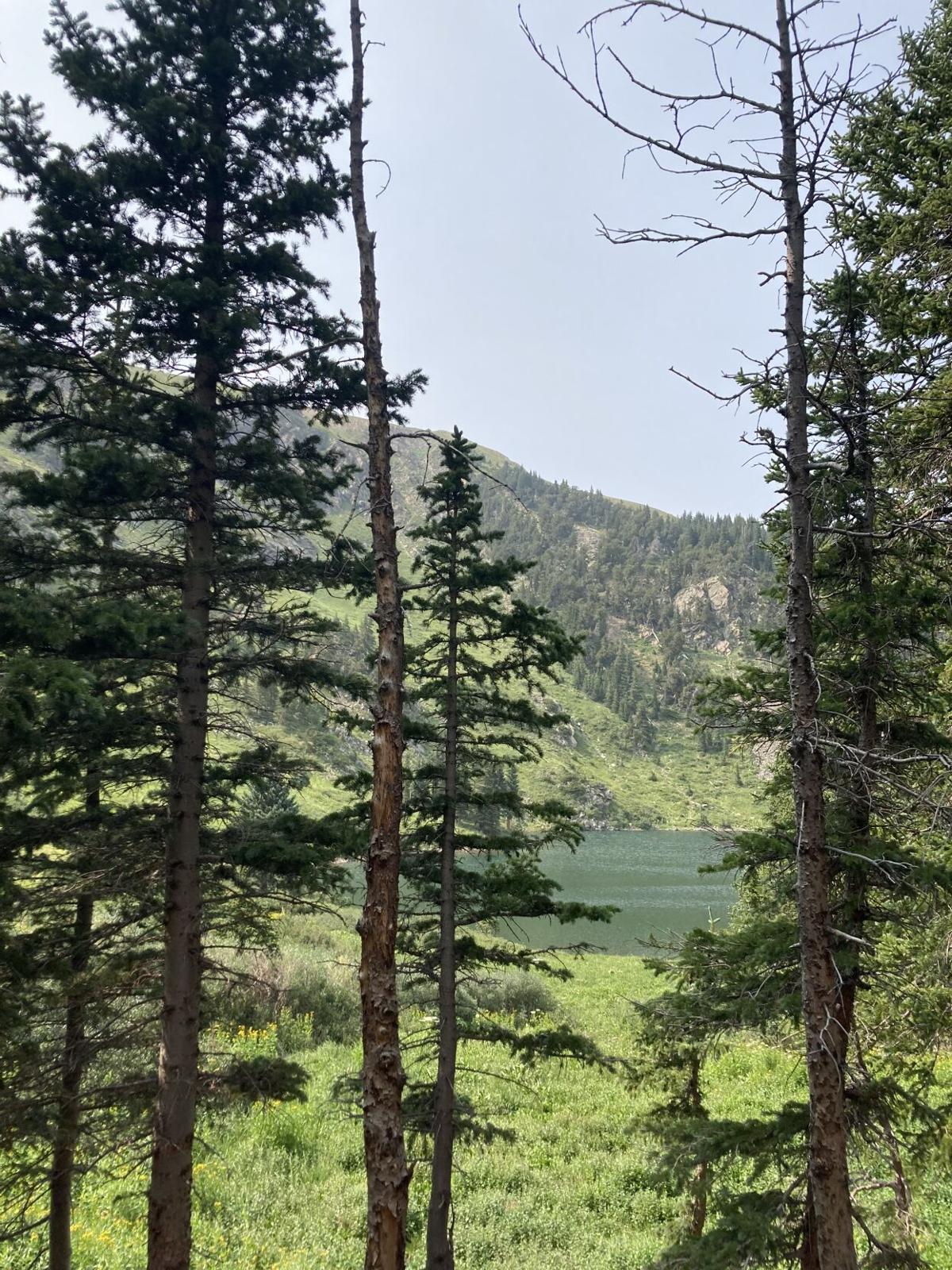 The view of Lost Lake sneaks up on you from the trail in the Carson National Forest. 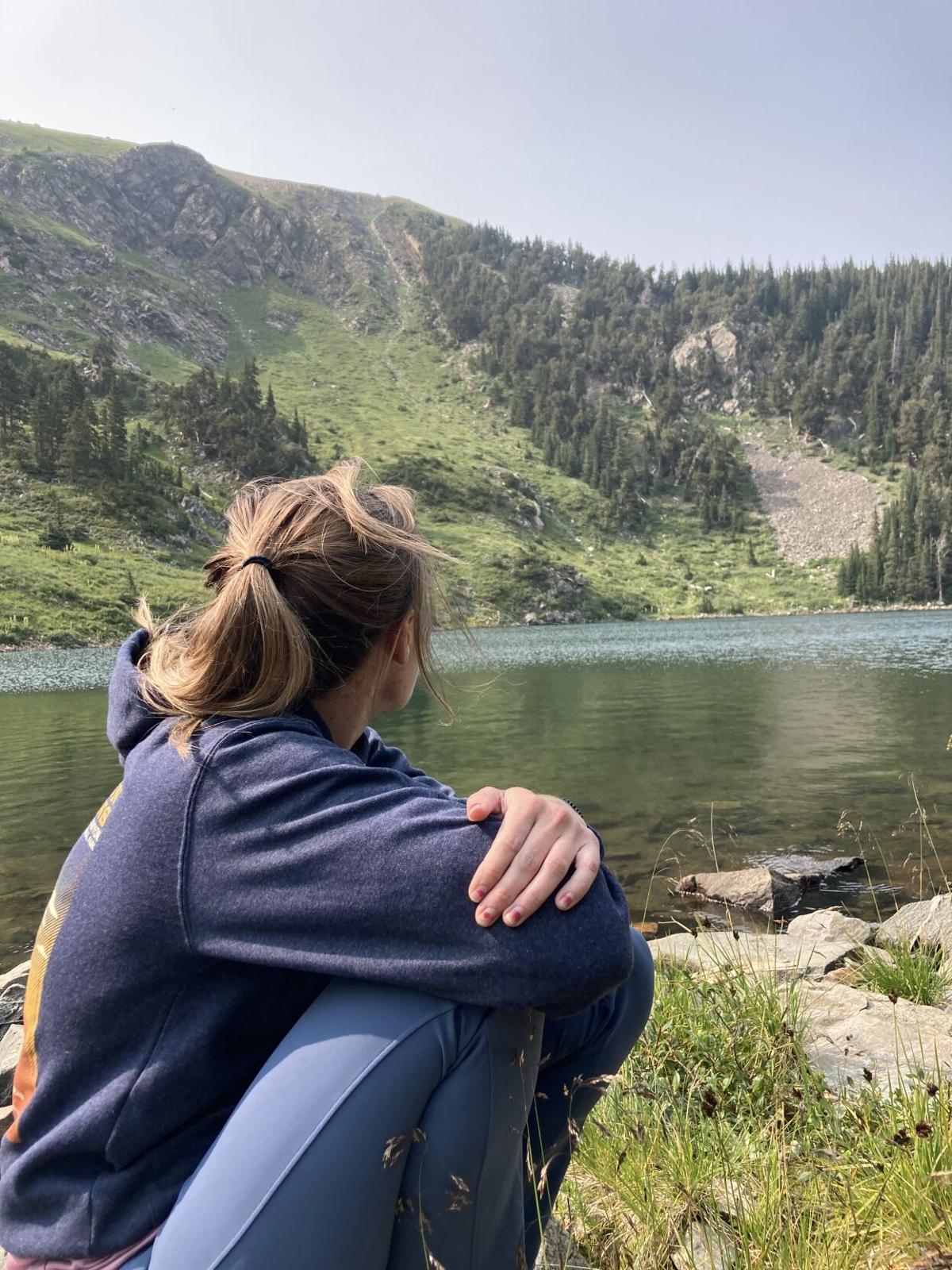 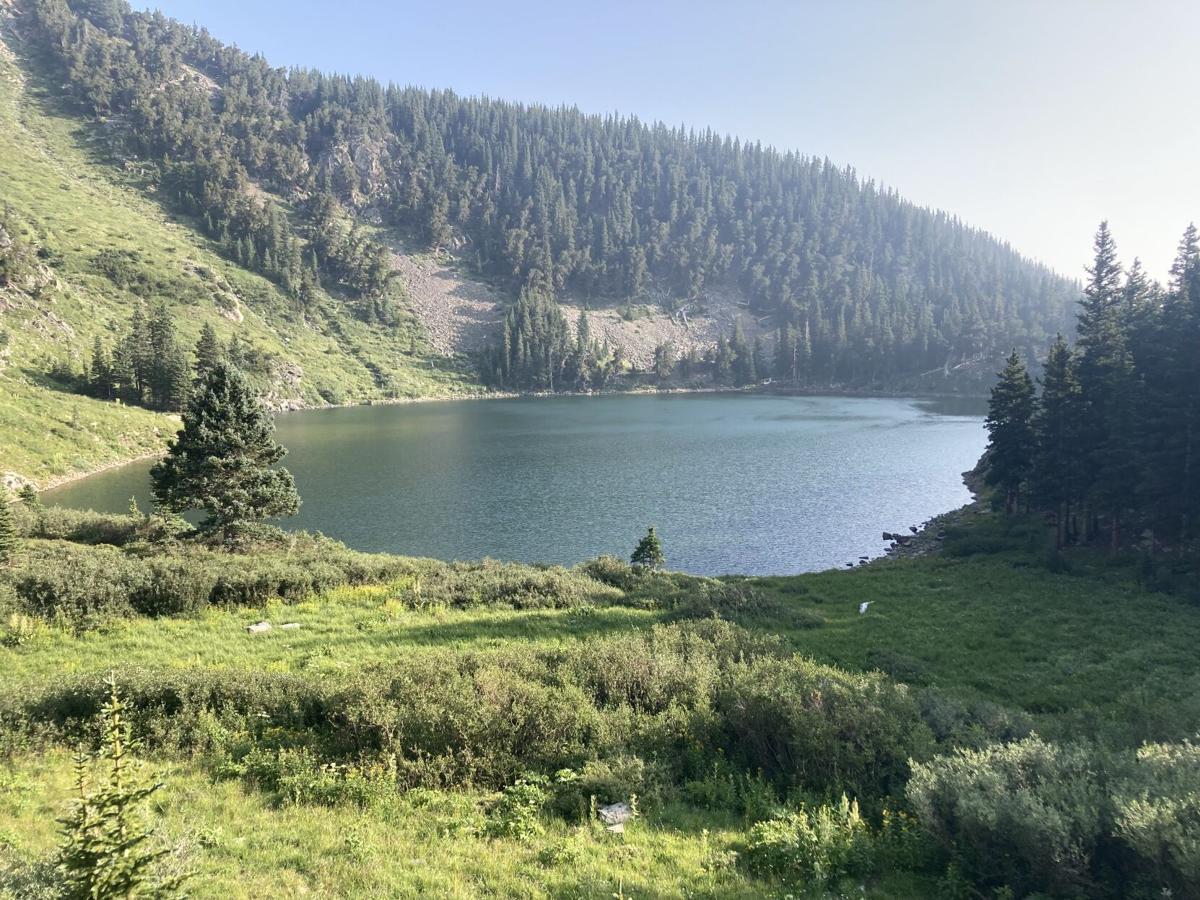 A full view of Lost Lake earlier this month in the Carson National Forest.

The view of Lost Lake earlier this month in Carson National Forest.

The Carson National Forest requires campers to pitch their tents at a campsite at least 300 feet from the lake.

The view of Lost Lake sneaks up on you from the trail in the Carson National Forest.

A full view of Lost Lake earlier this month in the Carson National Forest.

I’m convinced it’s called Lost Lake because it’s the kind of place you stumble upon like finding a gold coin in the dirt — lost centuries ago by some wealthy traveler.

Earlier this month, seasoned backpacker Elizabeth Buhr and I went camping in the Carson National Forest and pitched a tent at a campsite near the lake. It was my first non-car camping trip and, for an introductory experience, it was transformative. For some reason, I had considered backpacking in the mountains to be an arduous recreational activity (are my Gulf Coast roots showing?) but it was not nearly as difficult as I thought.

I highly recommend this trip for anyone wanting to get into backpacking and up for an 11.2-mile out-and-back hike, according to AllTrails.

The hike to the lake was lined with wildflowers and mushrooms. Pardon my allusion to one of my favorite poems by Ralph Waldo Emerson — the scenery felt as if it were “a secret nook in a pleasant land, whose groves the frolic fairies planned.”

I’m wondering if any other city feller-turned-outdoor enthusiast understand that feeling — as though sometimes we forget there are places where flowers grow in abundance without having been planted by other humans.

The lake is striking when it comes into view. It seemed like the forest could have gone on for miles, but nestled in the mountain was a glistening blue treasure.

Alpine lakes are cold; the temperature reduces the amount of algae that quickly grows in lakes of lower altitudes. This makes for a view with breathtakingly clear water. According to the Carson National Forest website, the lake is stocked with helicopter and native cutthroat trout; fishing is allowed with a permit.

The lake is also dotted with campsites distinguishable by a fire pit. As of late June, the Carson National Forest lifted fire restrictions to Stage 1, meaning campfires are allowed, but be sure to check in before your trip and plan accordingly.

Wheeler Peak, the tallest in New Mexico, is reachable from this trail. We decided this adventure was enough for the day and ended the night with charcuterie and potatoes (you heard it here first: Tasty Bite’s Bombay potatoes are the elite camp food).

Finally, one of my favorite parts about living in Northern New Mexico is the lack of light pollution. I’ve been a stargazer from the time I was young, and my dad and I would spot constellations from the deck in the backyard. As the state becomes a growing player in the commercial space travel industry, I encourage New Mexicans to dive headfirst into a fascination with the night sky. It is another jewel the Land of Enchantment has to offer.

Thankfully, my friend was on the same wavelength and diligent in her planning — the weekend we went was an ideal time to catch the Perseid meteor shower. The shower is named for Perseus, the constellation where it appears to originate, and is viewable annually from July to late August. It occurs when the Earth nears the orbital path of Comet Swift-Tuttle, which takes 133 years to make its lap around the sun. The debris of the comet is what has flicked the Perseids across our sky for thousands of years.

That night, I counted four before I fell asleep. If you miss the shower — it is about to wrap up, so act fast — the good news is you have a year to build your list of shooting-star wishes before it returns in July. First on my list: more camping adventures.

Well it's not "lost" anymore thank to this. Let's see how long it takes people to overrun and trash it.

There is another way to look at it: “I think first and foremost, people only protect the things they love. And you can't love something unless you inherently identify with it. -Kris Tompkins, movie "180 Degrees South".

The hikers that may visit Lost Lake due to this article could be the very activists we need now and in the future to protect that area.

It took 2 trips for a friend and me to find Lost Lake. Was worth it.

Pretty good hike up from the trail head near Maestas Canyon but was worth it.