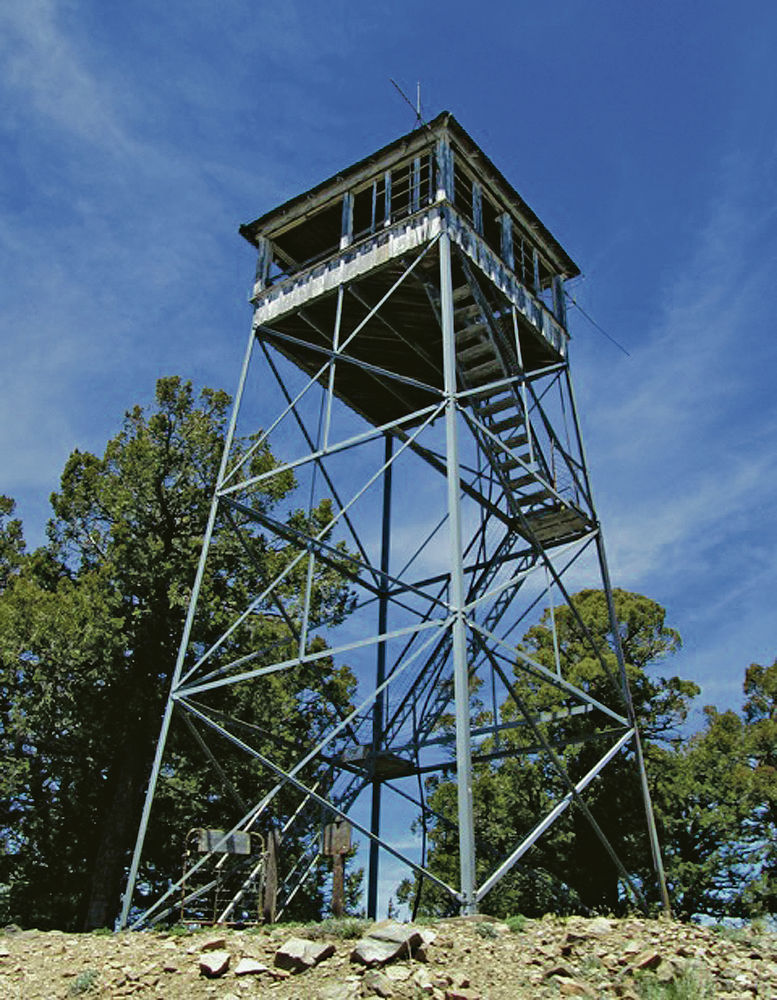 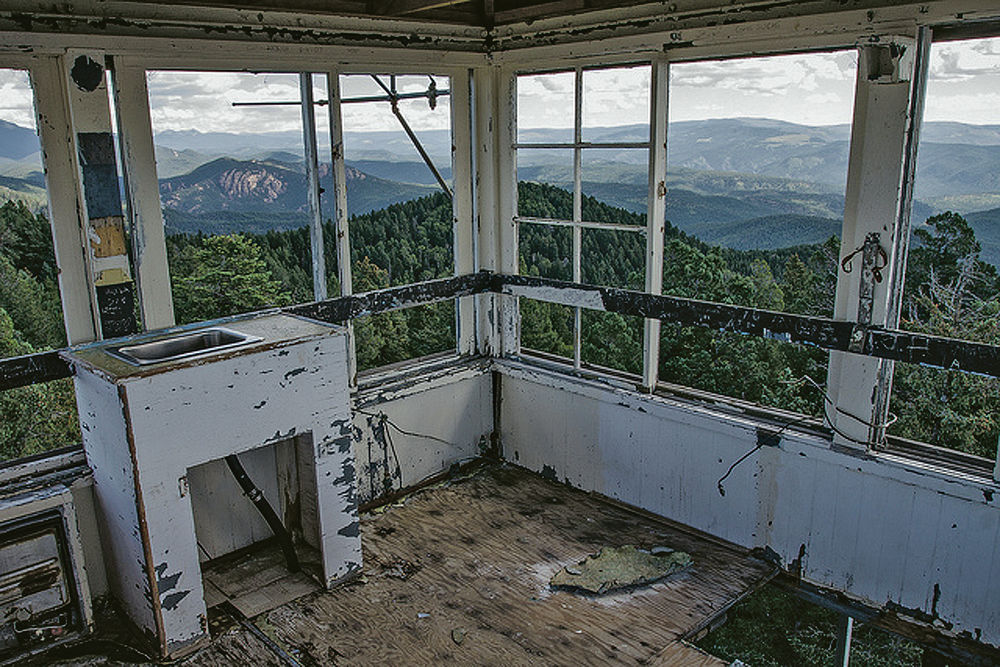 Glorieta Baldy Lookout was staffed until the 1990s to monitor wildfires. Since upkeep stopped, it has deteriorated and been vandalized. Courtesy USDA Forest Service

Glorieta Baldy Lookout was staffed until the 1990s to monitor wildfires. Since upkeep stopped, it has deteriorated and been vandalized. Courtesy USDA Forest Service

The proposed project would restore this National Historic Place and launch the Santa Fe National Forest’s cabin rental program to share these spectacular views with the public and bring revenue to the forest for maintenance, recreation and future projects.

Glorieta Baldy Lookout, built in 1940, was staffed until the 1990s to monitor wildfires. With a wooden cabin atop a 30-foot Aermotor MC-24 steel tower, it is one of the few of its kind remaining. It was added to the National Register of Historic Places in 1988, and to the National Historic Lookout Register in 2007. Since upkeep stopped, it has deteriorated and been vandalized. The Friends of the Santa Fe National Forest are collaborating with the Forest Service to help this piece of history endure. A retired Forest Service engineer from Arizona will evaluate the project in June with the goal of making the tower safe again and its cabin rentable to the public.

Located less than 10 miles east of Santa Fe as the crow flies, Glorieta Baldy sits southeast of the Santa Fe River Watershed boundary in an isolated and low-traffic stretch of forest between the Santa Fe River and the Upper Pecos River. Currently, no official trails connect Glorieta Baldy to the existing trail systems in the foothills, Hyde Park Road and Pecos Wilderness areas. With a vision of changing that, the Friends of the Santa Fe National Forest recently joined the Grand Unified Trails System (GUTS) initiative. GUTS is a group of people and organizations with a shared goal of integrating the numerous Santa Fe-area trails systems to improve nonmotorized travel throughout the region.

To improve access, volunteer trail work is scheduled this year for Forest Service Trail 175, which runs from Apache Canyon to the summit of Glorieta Baldy. An access road from Pecos, currently impassable, is slated for improvement in September. The Friends of the Santa Fe National Forest will build on the preliminary trail work done last year by the Santa Fe Fat Tire Society.

The Friends formed in 2011 with a mission to improve recreational opportunities in the National Forest for projects that fall outside of budget. It received 501(c)(3) nonprofit status early last year and adopted the tower restoration project at the Forest Service’s suggestion. The board of directors has more than a century of combined experience in outdoor recreation, management and stewardship through a diversity of nonprofit, private and governmental agencies.

“The Friends group is absolutely moving in a forward direction, and the forest is grateful for the time and energy the Friends group is contributing to this creative, multifaceted project,” said Jennifer Sublett, the volunteer coordinator for the Española and Pecos-Las Vegas Ranger Districts. She has helped the Friends find a direction and niche amid Santa Fe’s rich culture of volunteerism. The McCune Charitable Foundation has already awarded a grant for the tower restoration, and further fundraising efforts are underway.

Drew Lovelace, a founding member and director, sees meaning and potential in the project. “Restoring the glory of what the structure was and understanding its importance for forest health brings it into a modern recreational context. For someone who’s able to rent the cabin, it will provide a visceral connection to what forest rangers did in the past.”

Eagle Scout candidates and local high schools, including the Academy for Technology and the Classics, have expressed interest in helping. With the strength of its members’ diverse backgrounds — including forest ecology, recreation management, archaeology, business, education and photography — the Friends of the Santa Fe National Forest aspire to educate youth volunteers on the complex relationship between people and the forest, and our place in both its history and future.

While there are dozens of fire towers available to rent in the Northwest, none are currently available in the Southwest. Arizona and other states in the region boast thriving National Forest cabin rental programs. New Mexico hopes to replicate their success but is just starting the process with the newly formed New Mexico Cabin Rental Board. If viable, the Glorieta Baldy tower restoration will get both the rental program and its visitors far off the ground, indeed.

Juliana Conley is a member of Friends of the Santa Fe National Forest.