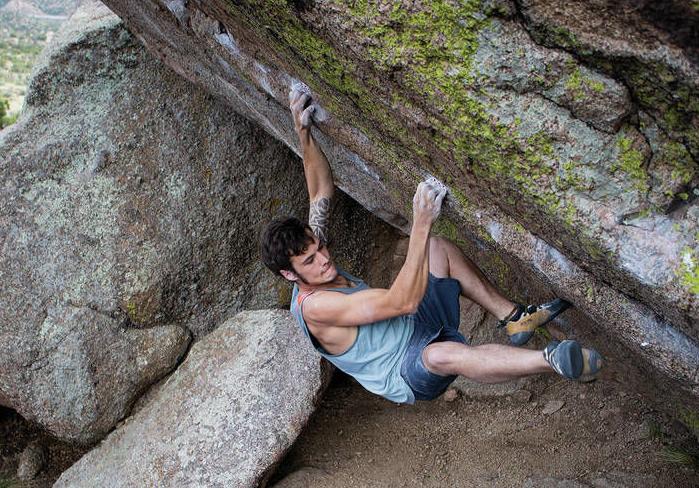 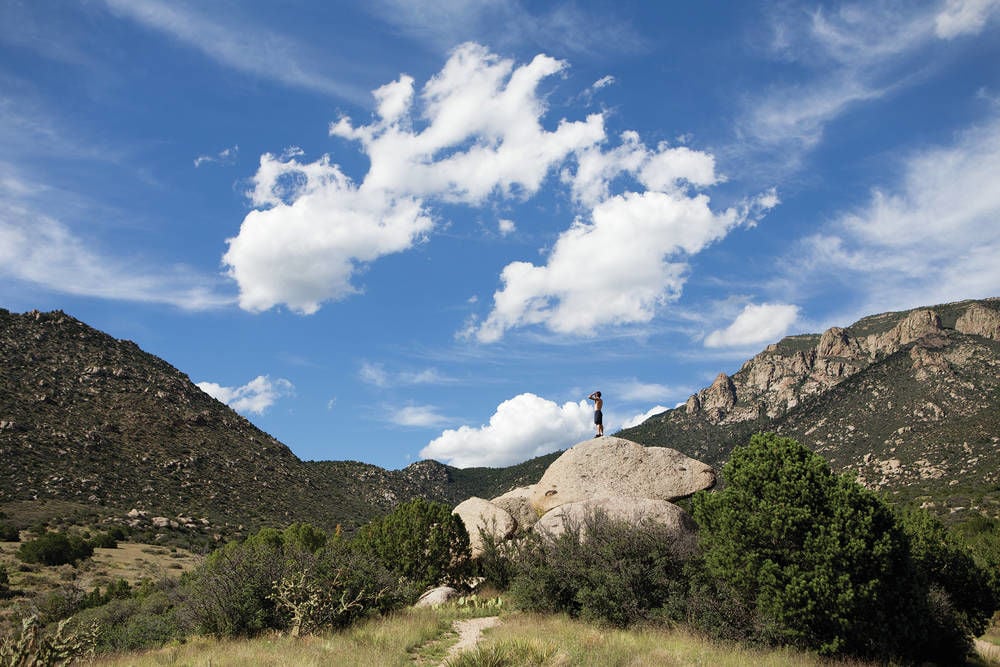 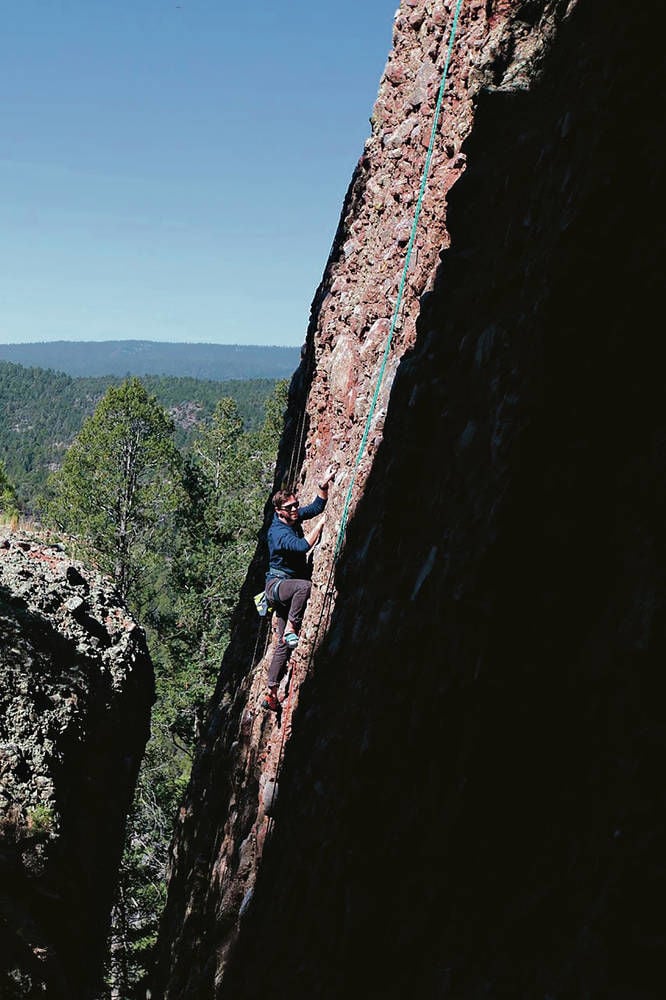 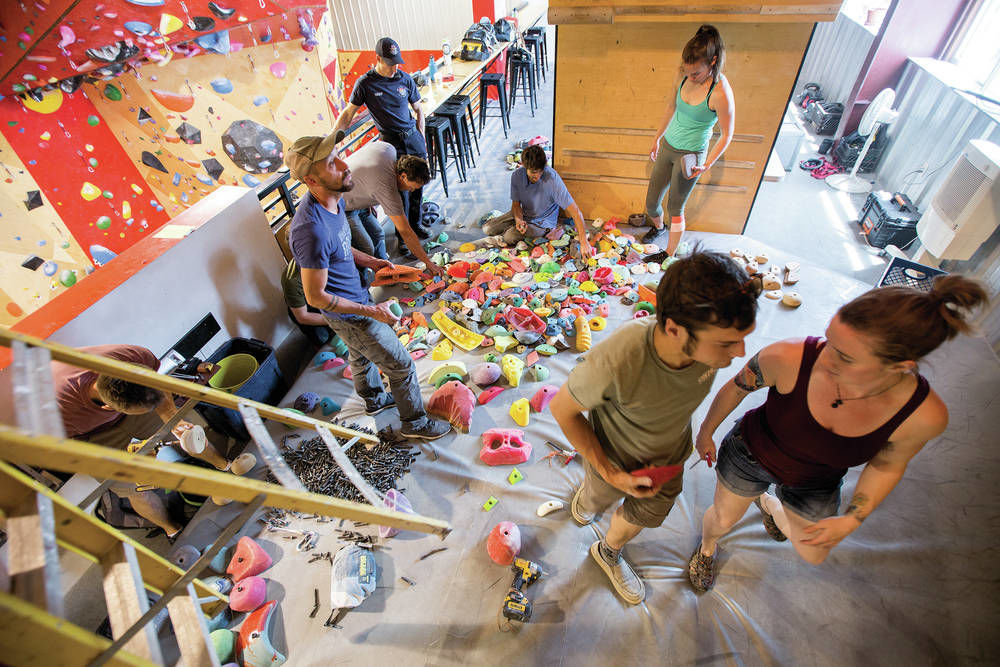 A group of climbers works together to create boulder "problems" and place various holds on a training board at the Santa Fe Climbing Center. Olivia Harlow/The New Mexican 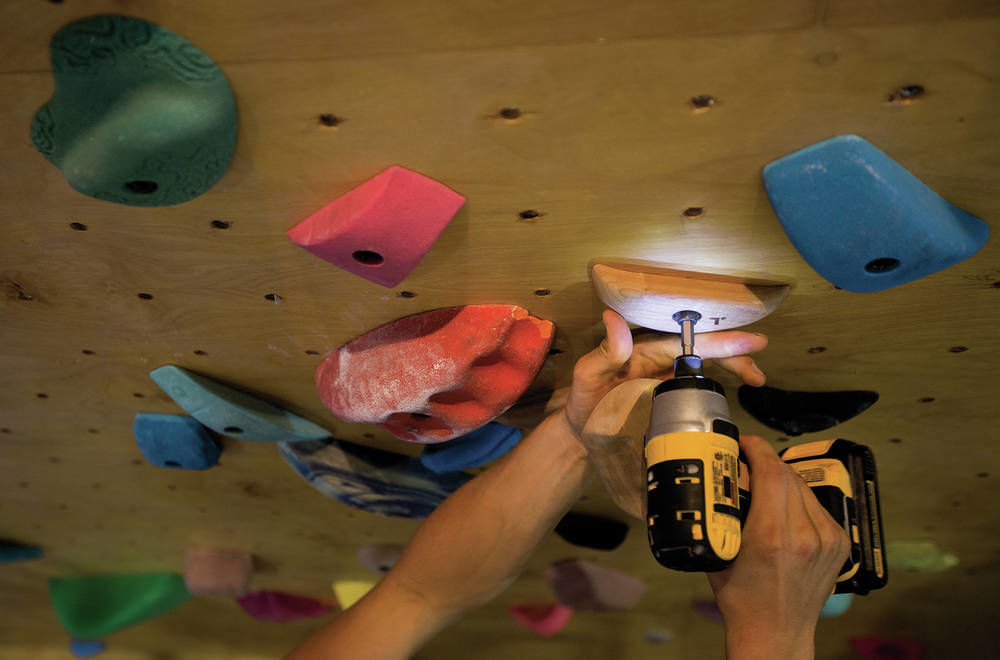 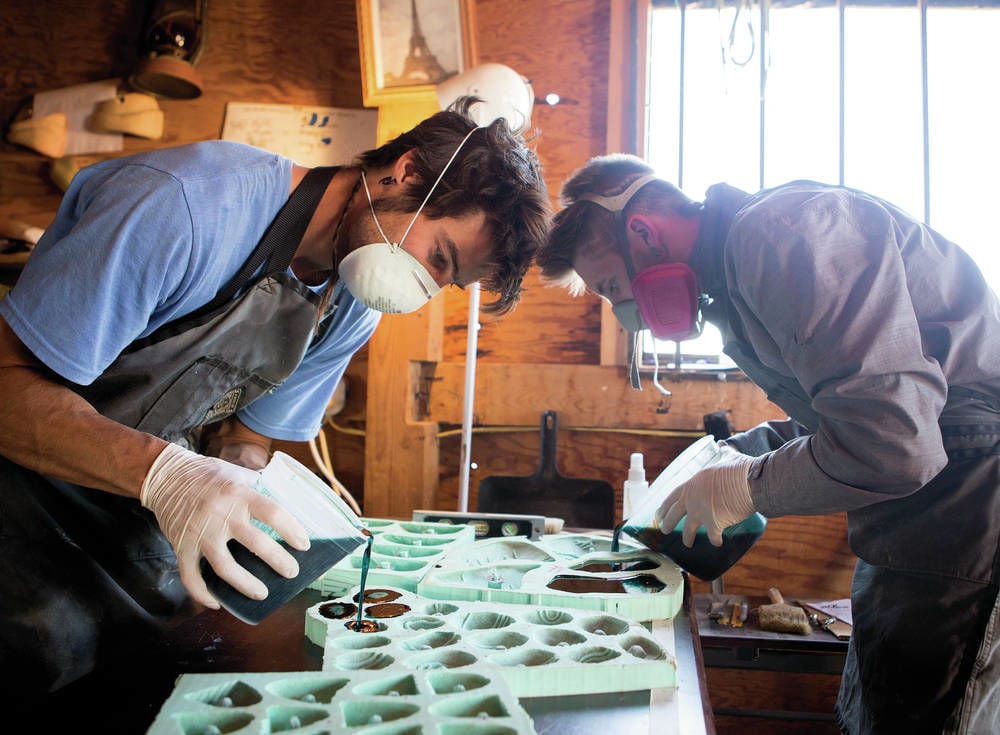 A group of climbers works together to create boulder "problems" and place various holds on a training board at the Santa Fe Climbing Center. Olivia Harlow/The New Mexican

In its inception, rock climbing in New Mexico was a little-heard of activity in which a couple of guys would risk their lives to scale up never-before-touched cliffs in the middle of nowhere.

Today, the sport boasts an estimated 9 million climbers in the U.S. in what has become a multibillion dollar industry. Crags are packed with chiseled men and women whose colorful ropes sprawl across the ground; boulders are surrounded by folks awaiting their turn to grab onto minuscule edges of sandstone; and mega gyms echo with loud grunting noises and curse words each time a member falls from seemingly invisible footholds.

As rock climbing continues to gain popularity worldwide, the scene in Northern New Mexico looks much different than it did decades — even just a few years —ago. While local climbers say there are both pros and cons that come with the sport’s evolution, one thing is certain: Climbing opportunities in the Land of Enchantment are the best they’ve ever been.

“New Mexico wasn’t even on the map before, like, 2016. No one knew there was climbing here,” said Ben Hanna, a 21-year-old pro climber who was born and raised in Santa Fe. “Now, it’s huge!”

Until the 1980s, the state’s climbing community was centered in Los Alamos, where a group of rock climbers called the Los Alamos Mountaineers was founded in 1952.

At the time, developing climbing routes was a slow-going process that required a “ground up” method — placing pitons, or nails, into never-before-climbed bits of rock, while using highly primitive gear.

Discovering that power drills could be used to create routes was a game-changer in the 1980s, allowing climbers the ability to “rap bolt” — rappel from the top of a cliff to set bolts one by one. This was the start of what is now known as sport climbing, a form of rock climbing that depends on permanent anchors for protection, in which the rope attached to a climber’s harness is clipped into the anchors as they climb to break their fall.

With the boom in sport routes, rock climbing became safer and more accessible. No longer having to worry about placing gear, “It was more about just climbing and challenging yourself,” said Luke Laeser, a Los Alamos-based climber and former art director of Climbing magazine.

“When [climbing] started, it was this real fringe activity. Gear was very poor, falling was very dangerous. You were out in the wild, and you definitely weren’t going to run into people,” he said. As climbing evolved, however, “it became more about the athleticism of it,” and the activity became more mainstream.

But it’s not only sport climbing that has evolved. Bouldering — a form of rock climbing on shorter formations without a rope or harness — started gaining popularity in the early 2000s.

The bouldering hub that has undergone the most transformation is Roy, an outcrop of boulders along cattle ranching plains in northeastern New Mexico and “some of the best sandstone in the U.S.,” said Owen Summerscales, author of New Mexico Bouldering.

“I’ve seen [Roy] go from basically tumbleweeds, seeing nobody, and driving over two tracks that are overgrown … to a place with 40 cars packed in a single pull-out and five to six fire rings,” Summerscales said.

This growth is largely credited to Summerscales’ sold-out guidebook, which was published in 2016 and highlights more than 1,000 boulder routes in the state — 80 percent of which were undocumented before publication, and 300 of which are located in Roy.

Today, “the numbers [of folks climbing in New Mexico] are massively increasing,” said Summerscales, who added that social media has also played a role.

“All it takes is a few jaw-dropping photos. … Suddenly 10,000 people have seen [a climb] and everybody wants to go there,” he said. “You can almost predict the popularity of a particular area by the amount of hashtags and pictures it has.”

This influx of climbers has caused concerns of overcrowding and sustainability.

“It’s definitely a reality of climbing in the 21st century. We can’t be blind to the impacts we’re having,” Summerscales said.

The Los Alamos-based climber is working with local land access organizations to create trailheads at a newly discovered sandstone crag, Kit Canyon, in an effort to help spread people out and lessen traffic at places like Roy. In the meantime, various crags are being developed elsewhere, he said.

While some spots are seemingly overloaded with climbers, “depending on where you go, you can still get that sense of adventure and be the only person there,” Laeser said.

This is largely because many new climbers are not venturing outdoors; they’re at gyms.

In the past, people climbed at gyms to prepare for outdoor routes, but nowadays “80 percent of gym members will never climb outside,” said Rich Strang, a climbing instructor at Santa Fe’s gym and one of those credited with developing El Rito.

Hanna, who “grew up in [Santa Fe’s] gym,” said on a recent visit, “I didn’t recognize, like, anyone, which is the first time in my life.” And the new facility — home to automatic belay systems, yoga classes and a kids’ play area — is much different from Santa Fe’s original “semi-sketchy, dungeon-like” gym, with walls made of chicken wire and plaster, Hanna said.

These training facilities, he said, are essential to his success at national and international competitions: “Climbers are getting stronger and grades are jumping higher, mainly because of gyms,” Hanna said.

And no matter how much it evolves, the heart of the sport will stay the same.

“[People] are discovering a sport that has existed for a long time,” Summerscales said. “Fundamentally, it isn’t changing. … There are trends that will continue to evolve, but that’s the beauty of climbing — it offers a variety of experiences.”

Climbing 101: Learning the lingo and other tips

By having the proper gear, grabbing a knowledgeable friend and familiarizing yourself with some of the climbing lingo, you’ll be “crushing” in no time.

Scares me still, but I know you and D love it! Be safe!