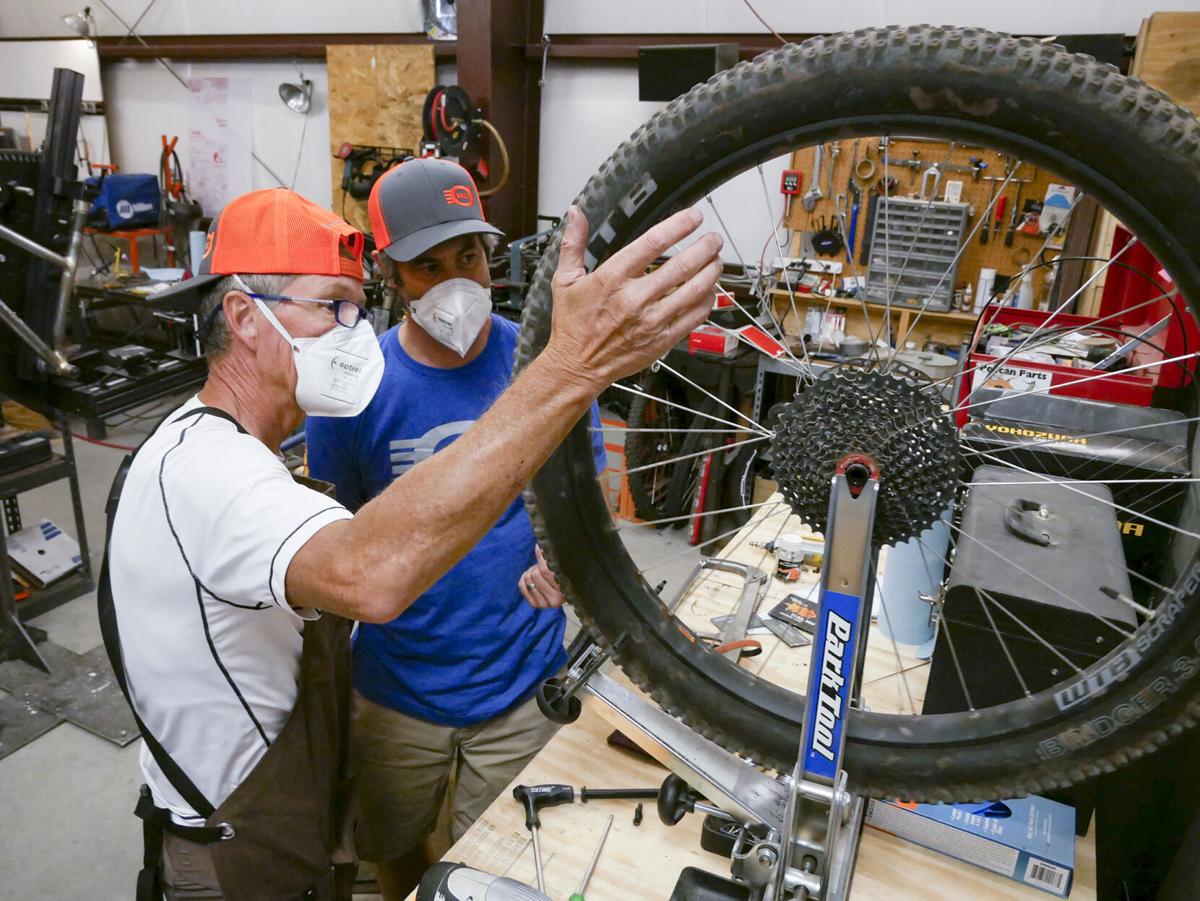 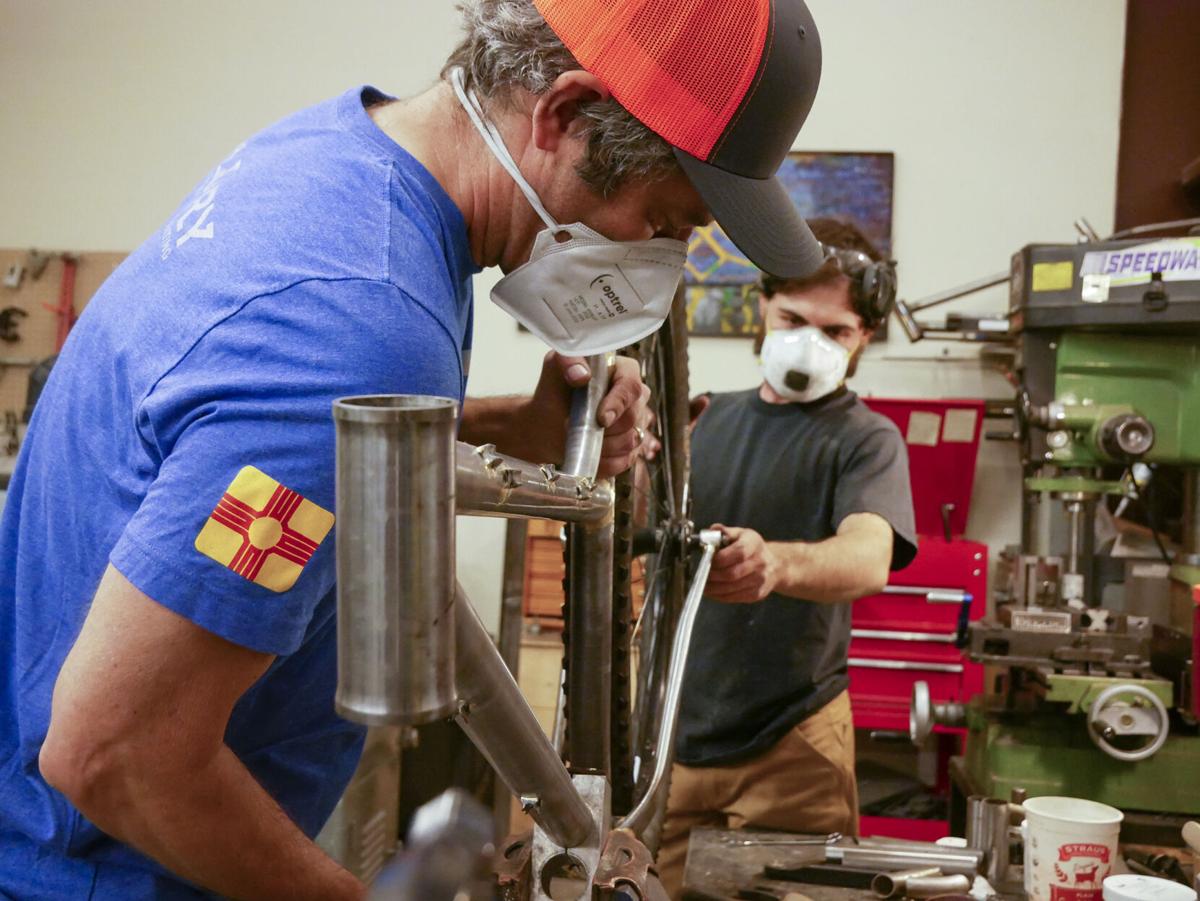 Charlie O’Leary, left, and Ross Spencer work on repairing a bike frame Tuesday at O’Leary Built Bicycles. O'Leary says more customers are willing to wait for him to build a custom bike since they can't find a manufactured one for sale. 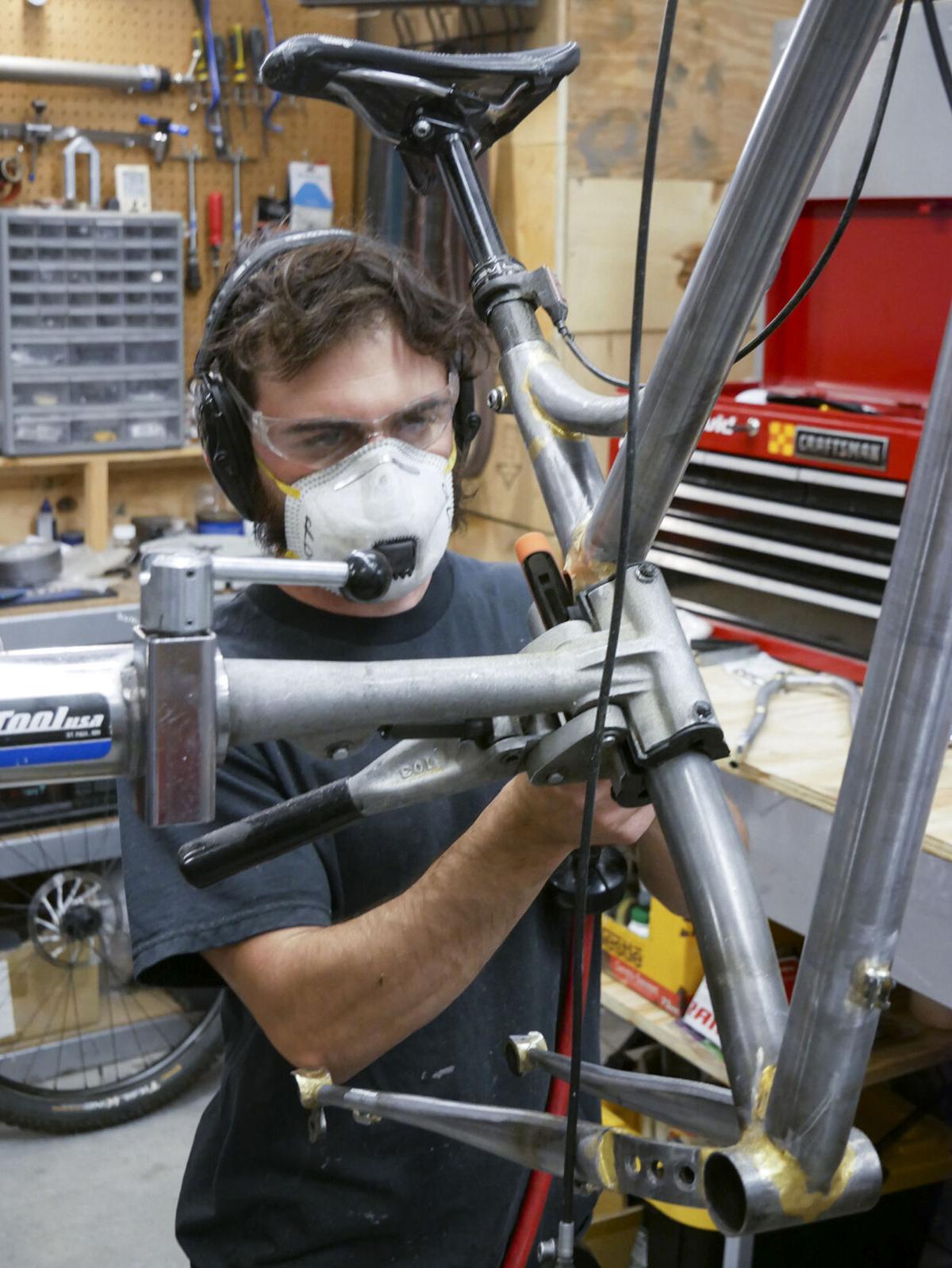 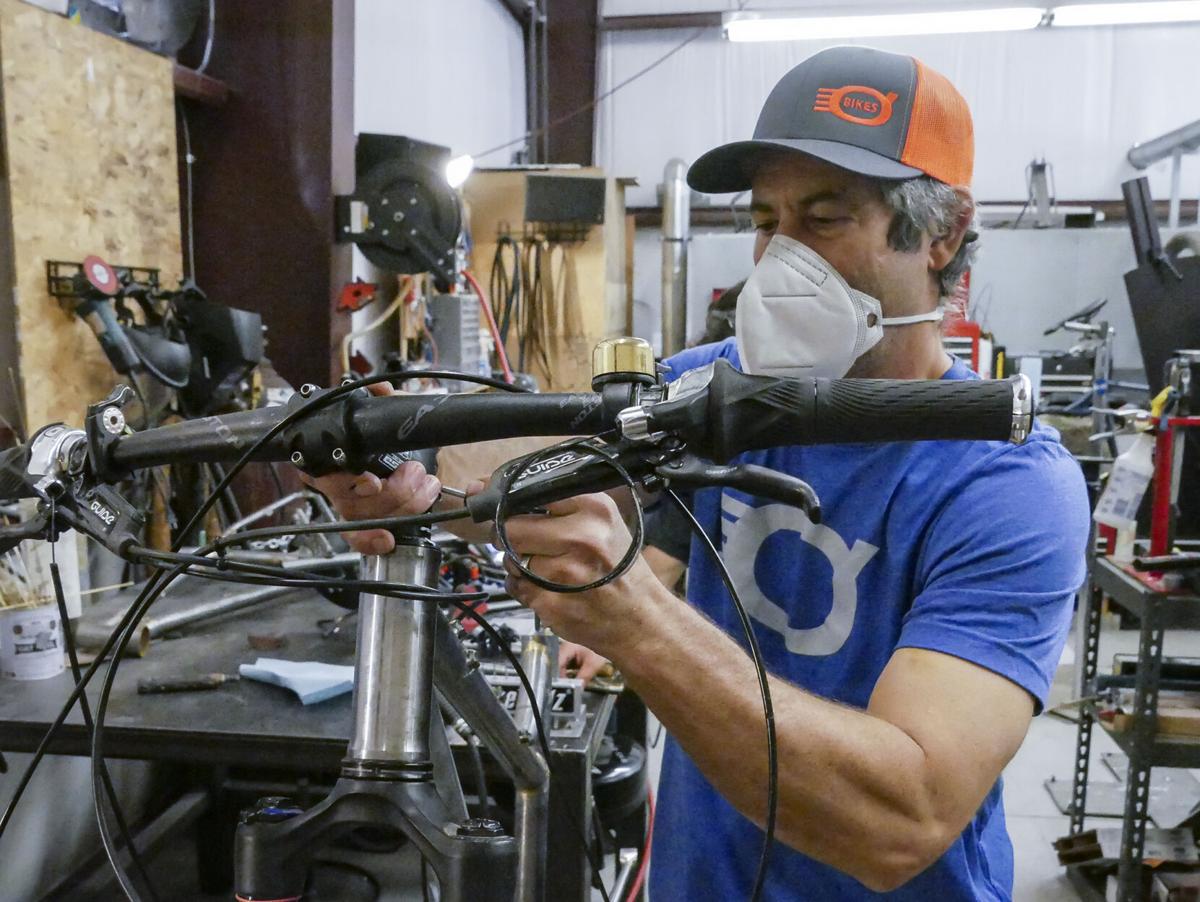 Kristopher Hayne started looking for a mountain bike around the time the coronavirus pandemic began.

Six months later, he’s still waiting to get one.

He called several bicycle shops, but “nothing was out there,” Hayne said. “Bikes are hard to get a hold of right now.”

With limited access to gyms, people are snatching up bikes as soon as they hit the sales floor. From April to July, U.S. bike sales were up 81 percent compared to the same period last year, according to the NPD Group, a marketing research company.

The pandemic has also disrupted the supply chain, shutting down bicycle manufacturers in China and Taiwan when infections began to rise. Many factories have reopened but face a severe backlog.

In Santa Fe, retailers are struggling to keep bikes in stock.

“It’s been busier than it’s ever been,” said Mike Chapman, owner of the Broken Spoke on Cerrillos Road. “What’s keeping it from being busier is lack of inventory.”

A few weeks into the pandemic, his main distributor ran out of bikes under $1,000. The supply crunch hasn’t improved since then. What that means is “we’ve got just tons of bikes on back order,” Chapman said.

Customers willing to put money down on a new bike have to wait a month, sometimes longer, before their order arrives, he said.

Chapman does have a handful of high-end bikes to show customers, but “what we don’t have are the bread and butter, $500 to $1,500 mountain bikes,” he said.

The other challenge has been finding parts to repair bikes. From tires to comfort saddles, there is a shortage of everything, Chapman said.

Typically, his distributor offers dozens of options. Now, “you look through the list and every one of them is sold out,” he said.

Before the pandemic, Chapman would keep a small number of bicycle parts in stock because he knew “we could always reorder it,” he said.

Now when parts become available, “we end up ordering 20. … We’re warehousing stuff like we hadn’t had to do before.”

Supply shortages should improve in the coming months as factories catch up on back orders, said Preston Martin of Bicycle Technologies International, a Santa Fe-based bicycle products distributor.

Yet longer production times have been a problem for local bike shops.

On a recent afternoon, Sincere Cycles in downtown Santa Fe had four bikes for sale. Owner Bailey Newbrey said he normally would have 25 to 30 bicycles on his sales floor.

Initially, the shortage made it difficult for Newbrey to get entry-level bikes. “Now it’s to the point where I can’t get my hands on anything below $3,500,” he said.

The shortage “is beyond anything I’ve ever had to deal with,” said Newbrey, who opened his shop on Water Street two years ago but has been in the industry for 18 years.

The lack of inventory has been a boon for at least one local bike dealer.

He builds frames out of steel and customizes each bike to fit the rider, a process that takes anywhere from three to five months.

“I’ve had some customers who would’ve bought a bike off [a competitor’s] showroom floor if they could get it, but they can’t get it,” O’Leary said.

One of those customers was Hayne, who struggled to find a mountain bike at other bike shops. He placed his order in August and will receive his new bike from O’Leary later this fall.

O’Leary said his sales have increased “a few hundred percent” in recent months. When the pandemic struck, “we didn’t know what to expect,” he said, “so it has been a pleasant surprise.”

“There probably will be a slowdown in the winter,” he continued. “But once spring rolls around again, I could see this sustaining itself for a few years.”

As a visitor here from Portland, Oregon, I find it strange that the bike directions on google maps do not include the river trail as an option. Also, is there a bike app with the free Santa Fe paper bike map on it? That would be a big help. Thanks for schooling me on any easy ways to figure out how to get around town best on bike.

When I was in NM Bike N Sport over the weekend I noted they had a whole rack of used bicycles for sale. Not every one was ready to send out the door but worth a look if new is not available. Also, for newbie riders, the BTAC and BikeSantaFe.org are resources.

Khal we have a super active mountain bike club too. Santa Fe Fat Tire Society. Not only is it a great group to associate with, your membership fees help the club do a fantastic amount of both trail maintenance and new trail construction. More than likely if you have hiked or biked in the Santa Fe National Forest, La Tierra, Galisteo Basin Preserve, or the Glorieta Trail System, you have used trails the club has worked on. Find them on Facebook! or The Googles....

And, the Santa Fe Conservation Trust, and Seniors on Bikes, and ......a whole lot. This area has a major presence in cycling.