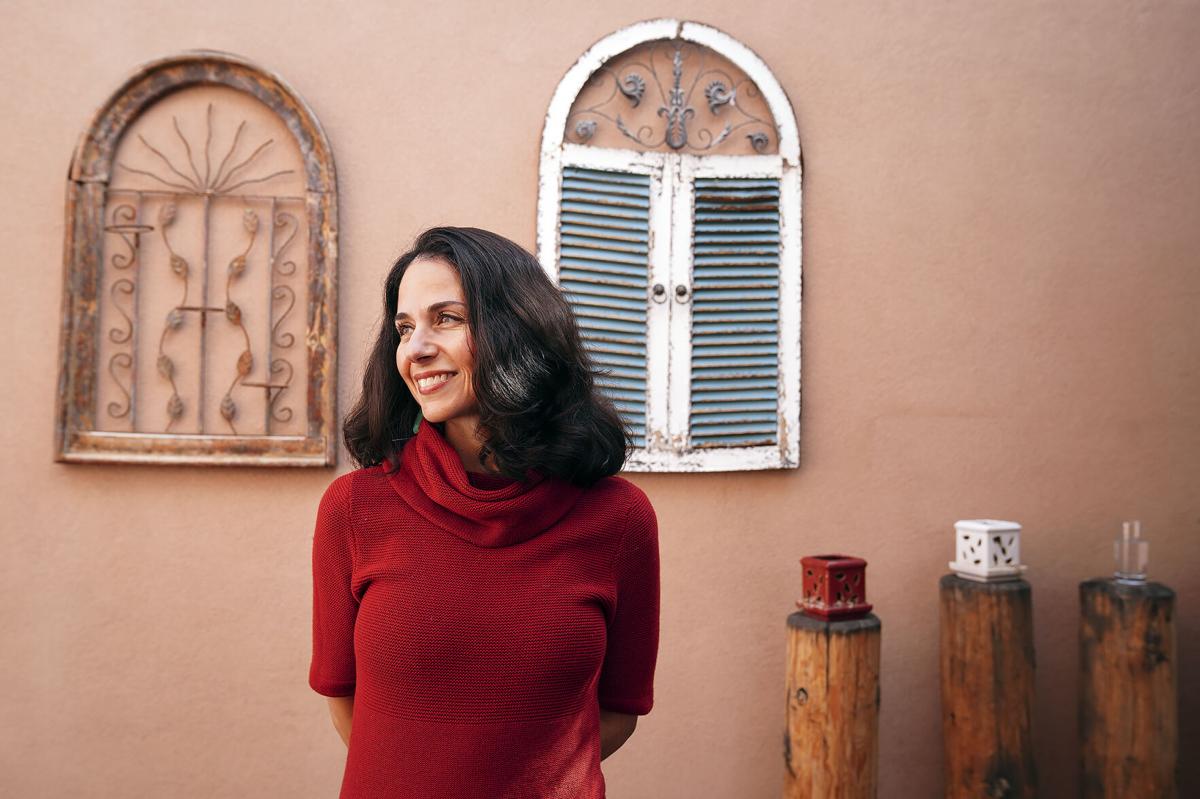 Antoinette Villamil, executive director of Many Mothers, in the backyard of her home in Santa Fe. The nonprofit’s original mission was to match volunteers with new moms, but during the pandemic, Villamil has overseen the launch of three programs to help families meet basic needs like diapers, formula and food. 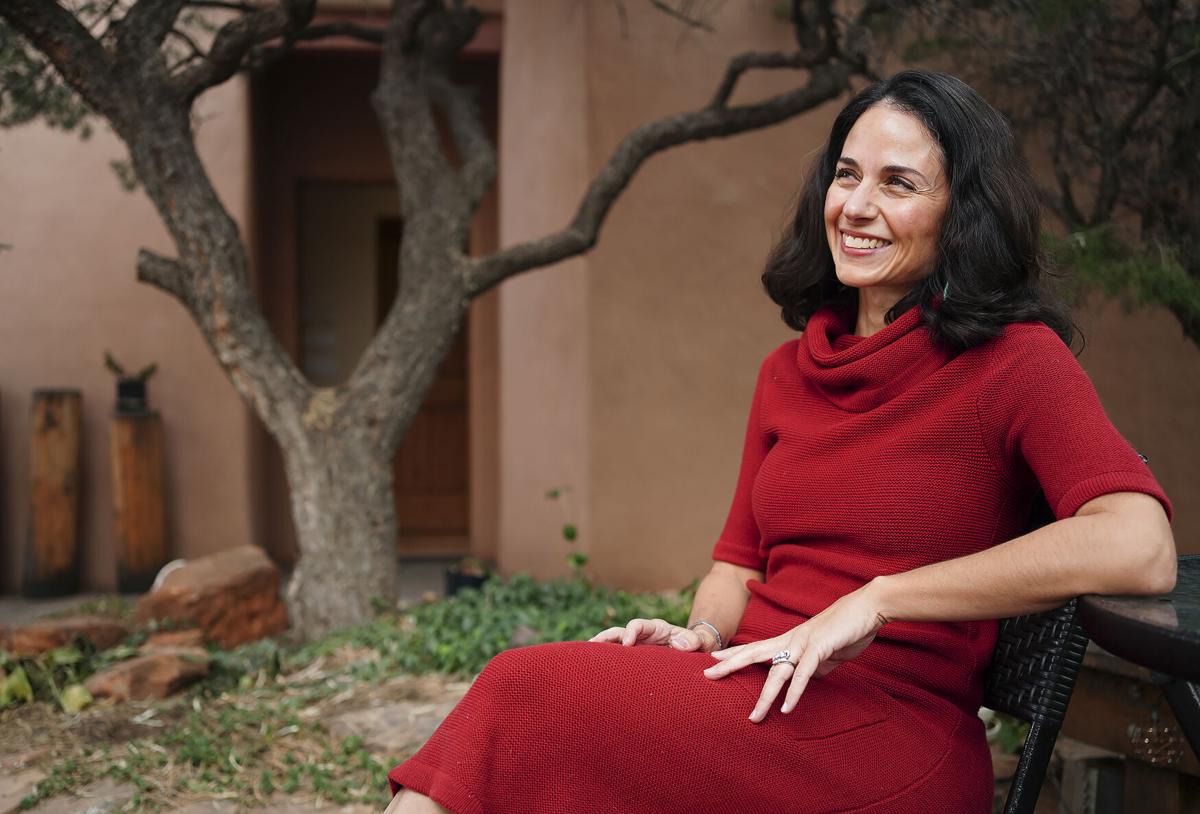 Antoinette Villamil of Many Mothers sits in the backyard of her home in Santa Fe.

Antoinette Villamil, executive director of Many Mothers, in the backyard of her home in Santa Fe. The nonprofit’s original mission was to match volunteers with new moms, but during the pandemic, Villamil has overseen the launch of three programs to help families meet basic needs like diapers, formula and food.

Antoinette Villamil of Many Mothers sits in the backyard of her home in Santa Fe.

When Antoinette Villamil, executive director of the Santa Fe-based nonprofit Many Mothers, sees a single mother or family in need, she sees a bit of herself.

The single mother knows firsthand how difficult raising a child alone can be — especially now, when the coronavirus pandemic has placed such a strain on the finances of so many people.

“My son is 7, and I had him by choice when I was older. Even with all the resources I had — I was in a stable relationship, I had enough money — it was still unbelievably hard,” said 46-year-old Villamil, who has worked for Many Mothers since 2017, first as a program manager and, since January 2019, as executive director.

As the pandemic began to take hold in March, Villamil, one of the Santa Fe New Mexican‘s 10 Who Made a Difference for 2020, went into survival mode.

Founded in 1999, Many Mothers’ original mission was to help pair volunteers, sometimes retired nurses and doctors, with new mothers as they navigated the early months of child-rearing. That model quickly went out the window as COVID-19 numbers continued to climb and the thought of having older volunteers enter the homes of clients — potentially exposing both volunteers and families to the deadly virus — became untenable.

“Back in March, I remember going to the board meeting. I was in that sort of place of hysteria that we all were for a while,” Villamil said. “I essentially said, ‘We need to shut down.’ I just didn’t know what we could do.”

She knew the organization would have to pivot if it wanted to survive the pandemic.

When the Santa Fe Community Foundation, a local nonprofit that serves as a conduit for charitable giving, began releasing crisis relief funding, Villamil jumped at the opportunity. With the help of the aid funds, she began turning Many Mothers’ attention toward finding out what goods and services families with infants needed most.

Diapers. Baby food. Groceries. Shelter. Whatever these families needed, Villamil and the volunteers at Many Mothers would try to accommodate them. To protect the volunteers and the families, the organization instituted new virus safety protocols and began offering curbside pickups and door-to-door drop-offs of essential goods.

Villamil, with just “two and half” full-time employees and a team of volunteers, instituted three new programs: Babies’ Basic Needs, which helps bring supplies like diapers and formula to new mothers; Farm to Families, which helps pass along surplus produce from local farms to families; and the Navigator Program, which brought on a bilingual “community navigator” to help families connect with community service programs in the area.

Many Mothers is now helping 70 families with food assistance and 120 families with needed goods each month, in between the day-to-day grind of running the organization during a worsening pandemic.

Doug Lynam, Villamil’s partner and the man who nominated her for the 10 Who Made a Difference award, thought the end was nigh for Many Mothers as the pandemic began to swell. He was astounded by her ability to move the organization in a new direction and continue helping families in and around Santa Fe.

“Antoinette really had the vision to find new revenue sources and to be able to meet families where they are at,” Lynam said. “It was a stroke of organization brilliance and compassion.”

Villamil said the work is a way of giving back to a city that saved her.

She grew up in Baton Rouge, La., but said she didn’t really find herself until 2007, when she moved to Santa Fe, where her son, Maksim, was born.

While she was attending college for a degree in poetry, her 26-year-old brother took his own life. The shock and pain of the loss left a stark impact on Villamil, who was then 25.

In Santa Fe, she said, she found a community and a way of life that “really fulfilled me.”

Villamil left the city for several years after marrying her now ex-husband and moving first to Durham, N.C., in 2012 and then to Westport, Conn., a year later. But life on the East Coast wasn’t for her, she said. Four years later, she returned to Santa Fe. She joined Many Mothers a year later.

“I try to measure success on if I feel happy or content,” Villamil said. “When I moved here in 2007, I felt like I was home for the first time.”

Lynam thought back to a night early in the pandemic, when Villamil received an evening phone call at home from a woman who said she and her baby hadn’t eaten all day.

Lynam watched Villamil leap into action, emptying her pantry of canned goods and any items she could find to support the mother and her 9-month-old daughter.

“She was just like, ‘Put your big boy pants on,’ ” Lynam said with a chuckle. “ ‘Let’s get out the door.’ There wasn’t really a hesitation there.”

To Villamil, it was another day at the office.

“Parenting is the hardest thing I’ve ever done,” she said. “When I hear of a family in that situation, it feels like if one has the capacity to help in that moment, to me, it feels like an obligation.”