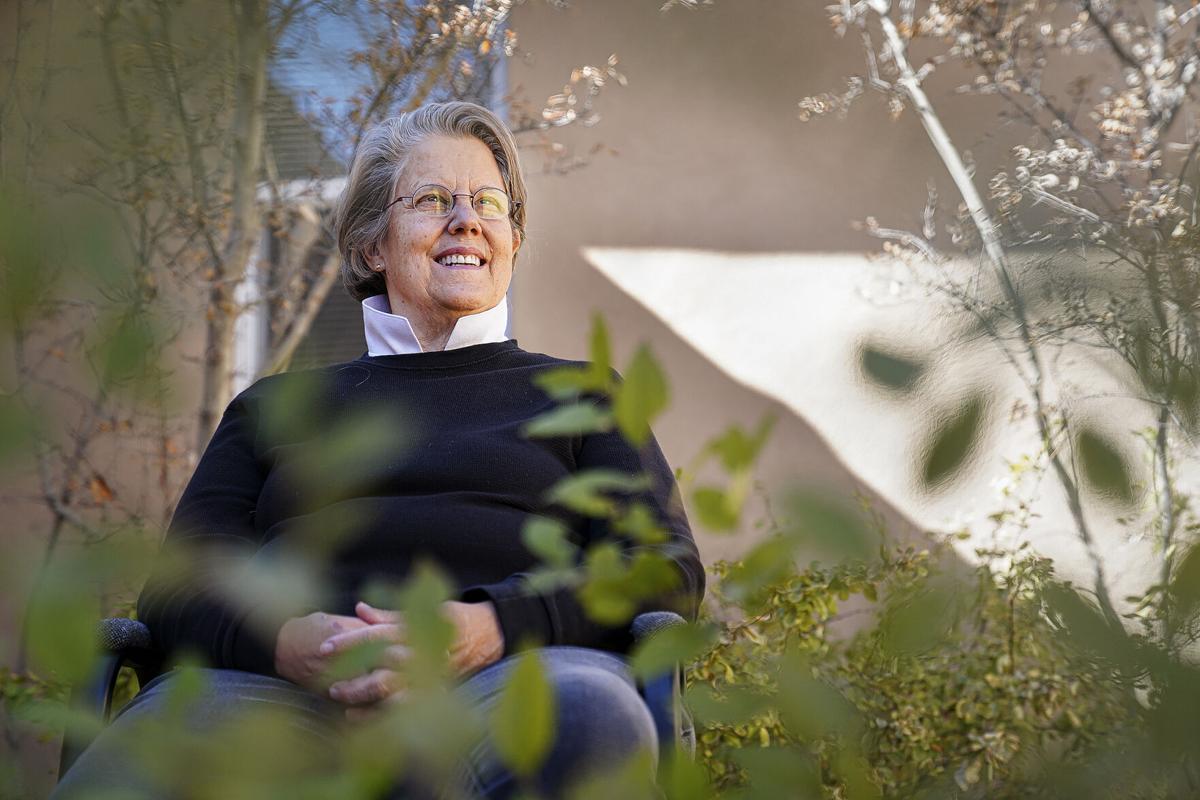 After years of advocacy work, Chris Wendel has helped the Santa Fe Recovery Center weather the pandemic, according to the center’s CEO, who described Wendel as a problem solver who ‘knows how to find the way through any obstacle, no matter how insurmountable.’ 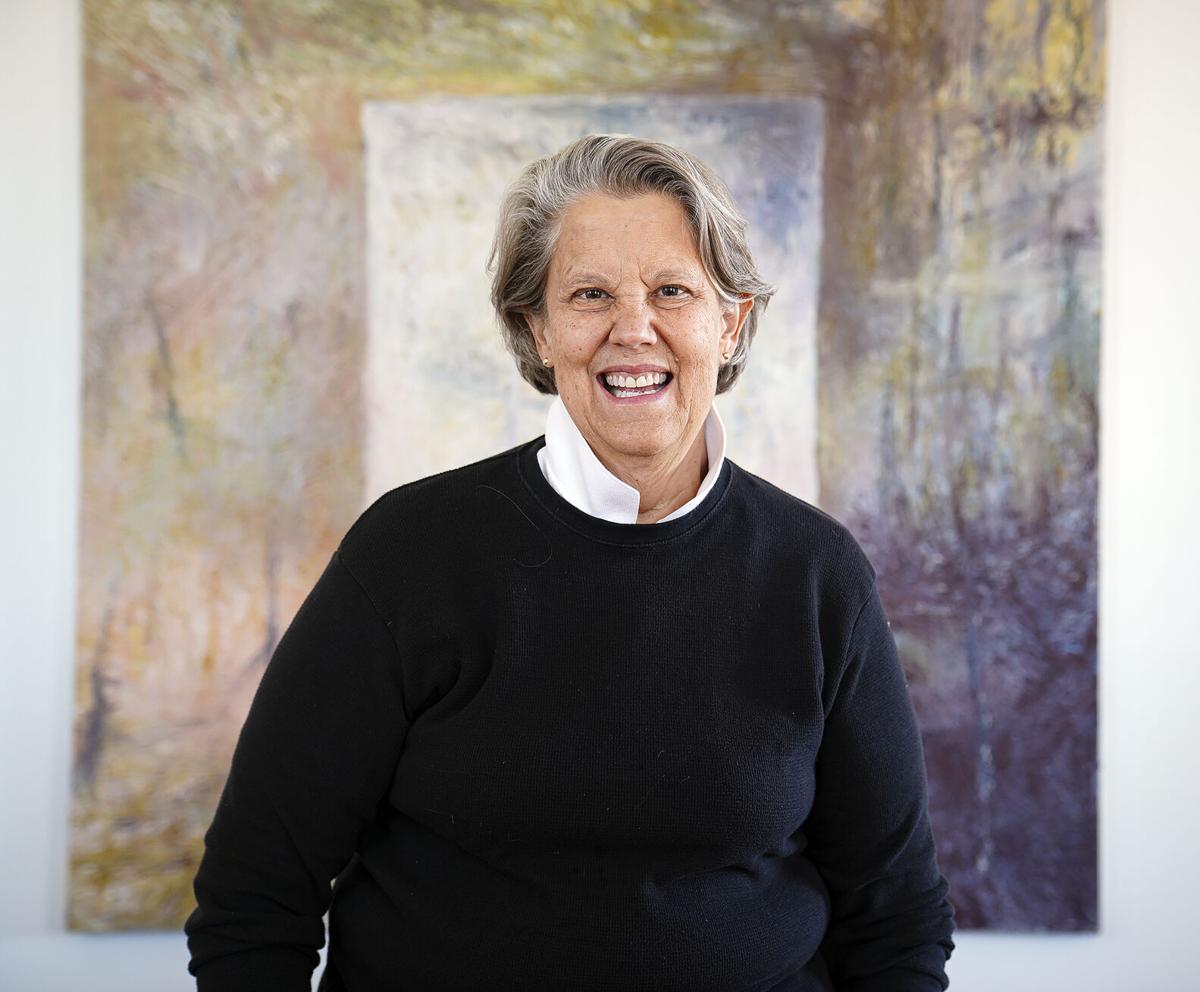 Chris Wendel has helped the Santa Fe Recovery Center weather the COVID-19 storm, says the center’s CEO, who described Wendel as a problem solver who ‘knows how to find the way through any obstacle, no matter how insurmountable.’

After years of advocacy work, Chris Wendel has helped the Santa Fe Recovery Center weather the pandemic, according to the center’s CEO, who described Wendel as a problem solver who ‘knows how to find the way through any obstacle, no matter how insurmountable.’

Chris Wendel has helped the Santa Fe Recovery Center weather the COVID-19 storm, says the center’s CEO, who described Wendel as a problem solver who ‘knows how to find the way through any obstacle, no matter how insurmountable.’

At 32, Chris Wendel had accomplished what many would consider the American dream.

She was married to a successful attorney and had a nice home and a well-paying job. From the outside, she was happy. But at times, she struggled with depression and the urge to take her own life.

“I had bought into a system that said if you accomplish certain things, you would be happy,” Wendel said. “… I couldn’t figure out what I had done wrong.”

Wendel, now 67, came to terms at the time with her addiction to alcohol and began what would become a lifelong recovery process. For 13 years, she has used her experience with substance abuse to help others struggling with similar issues — including many who might have felt as if they were suffering in silence, without support.

“I am all about those still suffering,” Wendel said. “I was very clear that if I can help one person, it would be worth it.”

Her tireless work in the substance abuse field, ranging from service on an advisory council under former Gov. Bill Richardson to volunteering as a secretary at the Santa Fe Recovery Center, has earned her a spot as one of The New Mexican‘s 10 Who Made a Difference for 2020.

Wendel was born in 1953 in upstate New York and had a father she described as a “fairly successful man” — the CEO of a Fortune 500 company. Wendel and her two brothers did what was expected of them: They went to Ivy League schools, earned degrees and landed great careers.

“My act of rebellion was that I went to Cornell,” Wendel said with a laugh, adding her two brothers and father went to Harvard.

That wasn’t her only act of rebellion.

Like many young adults of the 1960s and ’70s, Wendel experimented with drugs — crystal meth, cocaine and marijuana — and alcohol while she was in college.

After getting married, she dropped the illicit drugs, but her relationship with alcohol took a different form. One of her brothers even suggested at the time, around 35 years ago, she might have an alcohol abuse issue.

While she was meeting with a therapist soon after, Wendel said, she asked a question that she believes saved her life.

She asked the therapist: “Do you think I am an alcoholic?”

The therapist responded: “I don’t know, but it seems to me that if you might be, you should find out.”

Wendel had been in recovery for nearly a decade when she moved to Santa Fe in 1994. She began volunteering with different organizations when she could find the time, she said, but her advocacy work in addiction treatment really began in 2007, when she began working with the Richardson administration’s Behavioral Health Planning Council, which advises the governor, the state Legislature and the Human Services Department’s Behavioral Health Collaborative. She served as chairwoman of the council from 2008-12.

“She really cares about people who need help and making a difference in our community,” Hyde said. “I give her a lot of credit.”

Although Wendel enjoyed the work, she soon came to realize administration was too “big picture” for her.

She needed to get back on the ground level.

She refocused her attention in Santa Fe, where she got involved with the Santa Fe Recovery Center, eventually serving as board chairwoman for four years.

Sylvia Barela, CEO of the Santa Fe Recovery Center, nominated Wendel for the 10 Who Made a Difference award on behalf of the organization. She described Wendel as a problem solver who “knows how to find the way through any obstacle, no matter how insurmountable.”

Barela credits Wendel for helping the organization weather the COVID-19 storm, finding vital funding through her many connections for a new playground and recovery literature for each client. Wendel also helped the center navigate obstacles as it added a new women and children’s program, Barela said.

“She’s an amazing board member with a phenomenal and inspiring recovery story,” Barela said.

In 2014, Wendel worked with retired physicist Tom Starke to create the nonprofit Recovery Santa Fe, which focuses on reducing the stigma around substance abuse.

“Most people don’t say it out loud, but they think people who drink and drug are weak or morally flawed — pick your word,” Wendel said. “I don’t know what the words are, I just know we approach this disease different than we approach diabetes.”

Every September, the nonprofit throws a rally that brings together service providers, clients and the community to celebrate those in recovery. This year, due to the pandemic, the event had to go virtual.

“We were trying to just let people know that it’s possible,” Wendel said of addiction recovery.

Someday, she said, she hopes to see substance abuse awareness rival that of other national campaigns.

“We’ll get there,” Wendel said. “People who survive this disease are some of the most passionate and strongest people in the world.”

Wendel is a prime example.

Chris Wendel truley deserves this honor and to be recognized for her tireless work in reducing the stigma of addiction and increasing resources in our community. I have watched Chris over the years and I have developed a ton of respect for her in that she can articulately discuss policy issues with a state Senator and in the same breath speak to a person who is looking for resources for their family.

Congratulations on the honor!