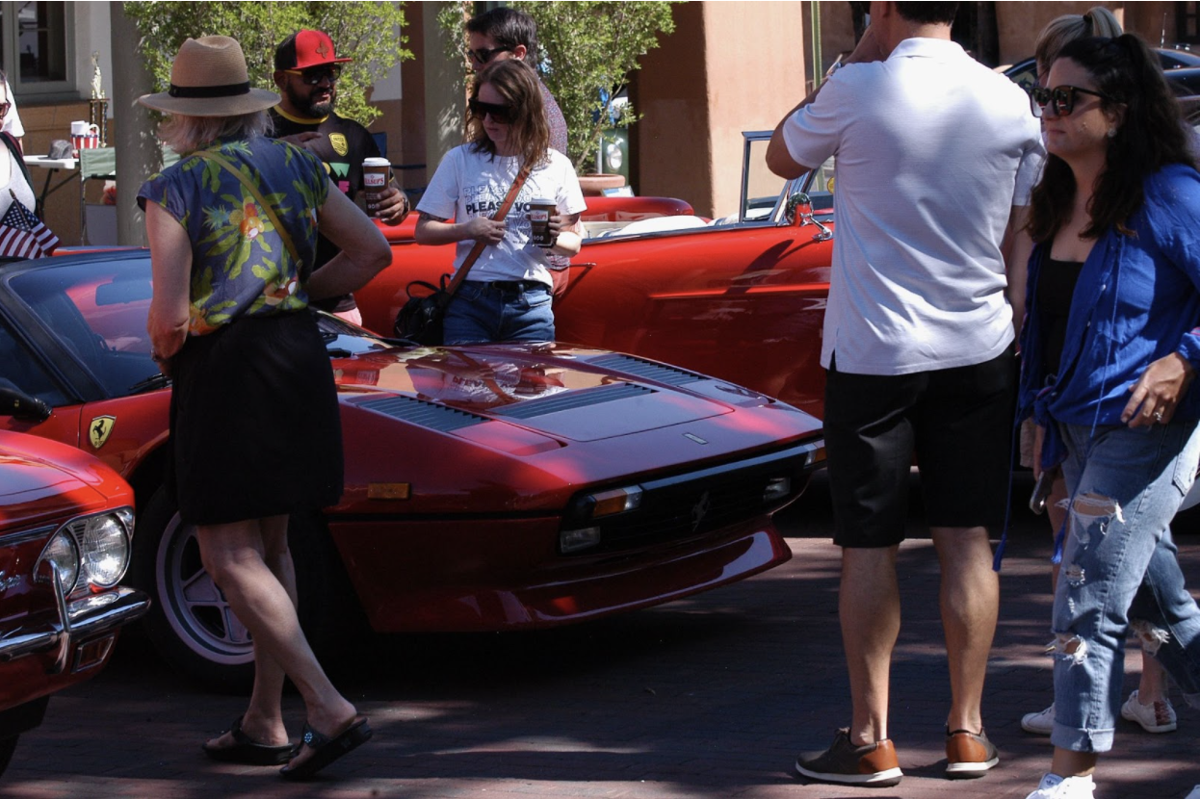 People gather around a Ferrari 288 GTO on Sunday. Pancakes on the Plaza was canceled for the second year in a row, but the annual Fourth of July car show attracted crowds. 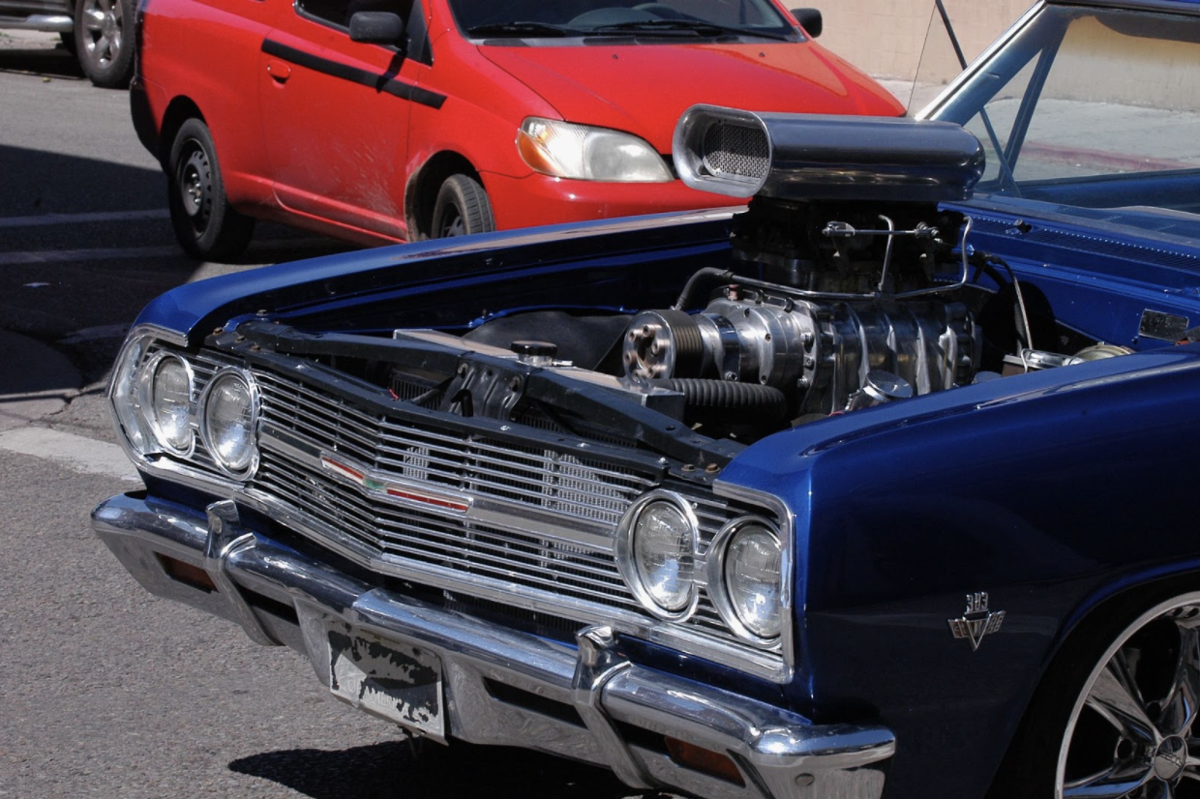 A supercharged Chevy Nova SS was one of many cars on display Sunday. The event showcased primarily older classics.

People gather around a Ferrari 288 GTO on Sunday. Pancakes on the Plaza was canceled for the second year in a row, but the annual Fourth of July car show attracted crowds.

A supercharged Chevy Nova SS was one of many cars on display Sunday. The event showcased primarily older classics.

New Mexico has lifted most pandemic restrictions, and the time-honored traditions of past summers in Santa Fe are coming back. Just in time for the statewide reopening was the annual Fourth of July festivities on the Plaza. Despite the anticipated return of Pancakes on the Plaza, the event was canceled for the second year in a row due to the virus. It was always a lot of fun to gather downtown for pancakes, check out what there was to see, listen to live music, and run in to a few friends and classmates on Independence Day. While the main celebrations were canceled, the highlight of the festivities — the car show — was in full swing.

The car show was limited to the Plaza and did not extend down the length of Lincoln Avenue as it had in the past, which considerably reduced the number of cars on display. There were still some gems within the crowd, including a World War II Jeep Willys, a racing spec Corvette C7, a Shelby Cobra and a Ferrari 288 GTO, to name a few.

For what it was, it was great. There was a good turnout of classic cars and enough people wandering around unmasked to make one forget that the past year even existed. That being said, there was something surreal about the whole thing, a reminder of a restrained potential. Something was not quite right about it compared to the past.

What was particularly striking was the lack of young people. Many of the people present were easily over the age of 50, and so were the cars. There were a select few younger die-hard enthusiasts going through, but not many.

A large part of it can be attributed to a lack of pancakes, which is a given, but the show was the main attraction in previous years. So why so few people?

I think part of it was a lack of diversity among the cars to see. Younger people want to see more classic and modern exotics, modified street cars, and interesting cultural icons such as lowriders, not just vintage domestics, which is largely what was present.

It is concerning because these kinds of events are important, and without drawing in new crowds, living up to past reputation and bringing in intrigue, these kinds of events are at risk of dying out. Especially with the pandemic interrupting tradition, the enthusiasm that comes with such events wanes. Publicity certainly was a problem, but as with most local things, word of mouth is what advertises such things.

With the city now open, it can be expected that what happened on the Fourth would set a benchmark for what people can expect for other festivities this summer. We just have to figure out if we are ready and get the word out.

Ben Timm will be attending the University of Utah in the fall. Contact him at monkebuziness@gmail.com.