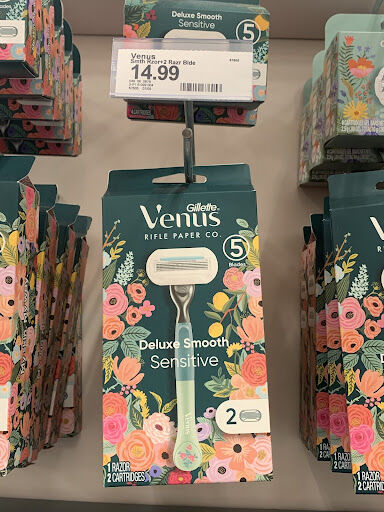 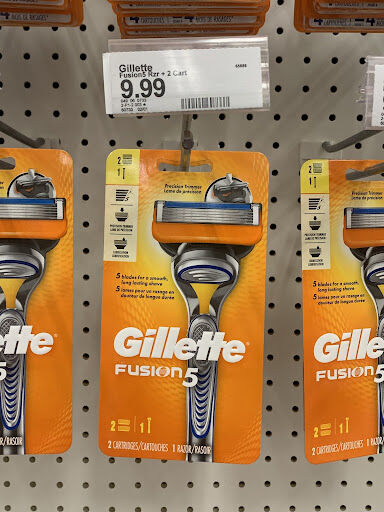 These razors are the same brand and have similar designs and quality. The big difference is the price.

These razors are the same brand and have similar designs and quality. The big difference is the price.

Two razors hang in separate aisles at the local Target: one adorned with a pretty floral print, the other covered in generic packaging. Although they are masquerading as separate products, they are the same brand and have similar designs and quality. The razor marketed toward women costs $14.99 while the one marketed toward men is priced at $9.99, but they both consist of one razor and two five-blade cartridges.

This gender price discrimination has haunted women for generations. Beginning in the 1930s when the United States’ sales-tax system was first being created, the government determined women should pay higher prices for goods intended for them because they were more expensive to import. However, the increased prices of feminine goods have become irrelevant in the modern world, so why do they still exist?

The culprit of perpetuated price inequity is the so-called pink tax, or the idea that corporate America can manipulate women into buying the same products as men at a higher price as long as the manufacturer slaps on a bubblegum-pink color. From baby to senior products, women are expected to pay more than men for both luxuries and necessities.

Companies are known to “pink it and shrink it” by taking average products that can be used for anyone and giving them a supposedly feminine color, pattern or scent in a smaller size to fit in women’s hands. In this way, manufacturers disguise gender-neutral products as something luxurious and expensive.

Women also pay up to tens of thousands of dollars more during their lifetime for services. A 1994 study conducted by the state of California estimated women paid roughly $1,350 more than men for services like dry cleaning and haircuts each year.

Hoping to “end the un-American practice that has hobbled women and their families financially for generations,” U.S. Rep. Jackie Speier of California introduced the Pink Tax Repeal Act in 1995. The bill sought to eliminate gender price discrimination by ensuring equitable prices on similar goods and services that originally were priced differently based on the gender they were advertised toward.

The Pink Tax Repeal Act was rejected on Speier’s first attempt, but it brought attention to the issue of gender price discrimination and gathered a ban of supporters behind her cause. Speier reintroduced the bill in June in the House. It has not yet been voted on, and there are many more steps that need to be taken before the bill could become law.

The pink tax is furthered by sales taxes placed on feminine hygiene products, also known as the “tampon tax.” This tax is not one particularly created for menstrual products, rather they are considered luxuries instead of necessities by many states, so they assume the tax is placed on most other goods. However, other products necessary for human function such as prescription medicine and most groceries are tax exempt.

The National Organization for Women estimates the average person who menstruates spends about $18,000 on period products in their lifetime, and some advocates argue eliminating this tax would help, even slightly, in making the cost of menstruation more manageable for all people bearing the burden.

In 2018, NPR reported some states hesitate to eliminate the tampon tax because it can be a major source of state revenue. Eradicating a tax on tampons could mean increasing taxes on other products to make up for their losses.

Thirty U.S. states still have an active tampon tax, including New Mexico. State Rep. Christine Trujillo of Albuquerque is co-sponsoring a bill to end the tampon tax in New Mexico. Trujillo told KUNM she believes menstrual products are “a necessity and not a luxury,” and that the government is “punishing women and females for something they have no control over.”

The state of New Mexico would have to shoulder around $1 million a year if tampon sales taxes were nixed, according to a 2019 Legislative Finance Committee Report. The bill remains tabled until sponsors can find a way the loss of revenue can be absorbed by the state budget. In the meantime, people with periods will continue to shoulder more of the load of supporting New Mexico government and state needs.

As far as the razors go, simply purchase the mens product and beat the manufacturer at their own game!

I haven't bought one of those cute pink razors in decades.[thumbup]