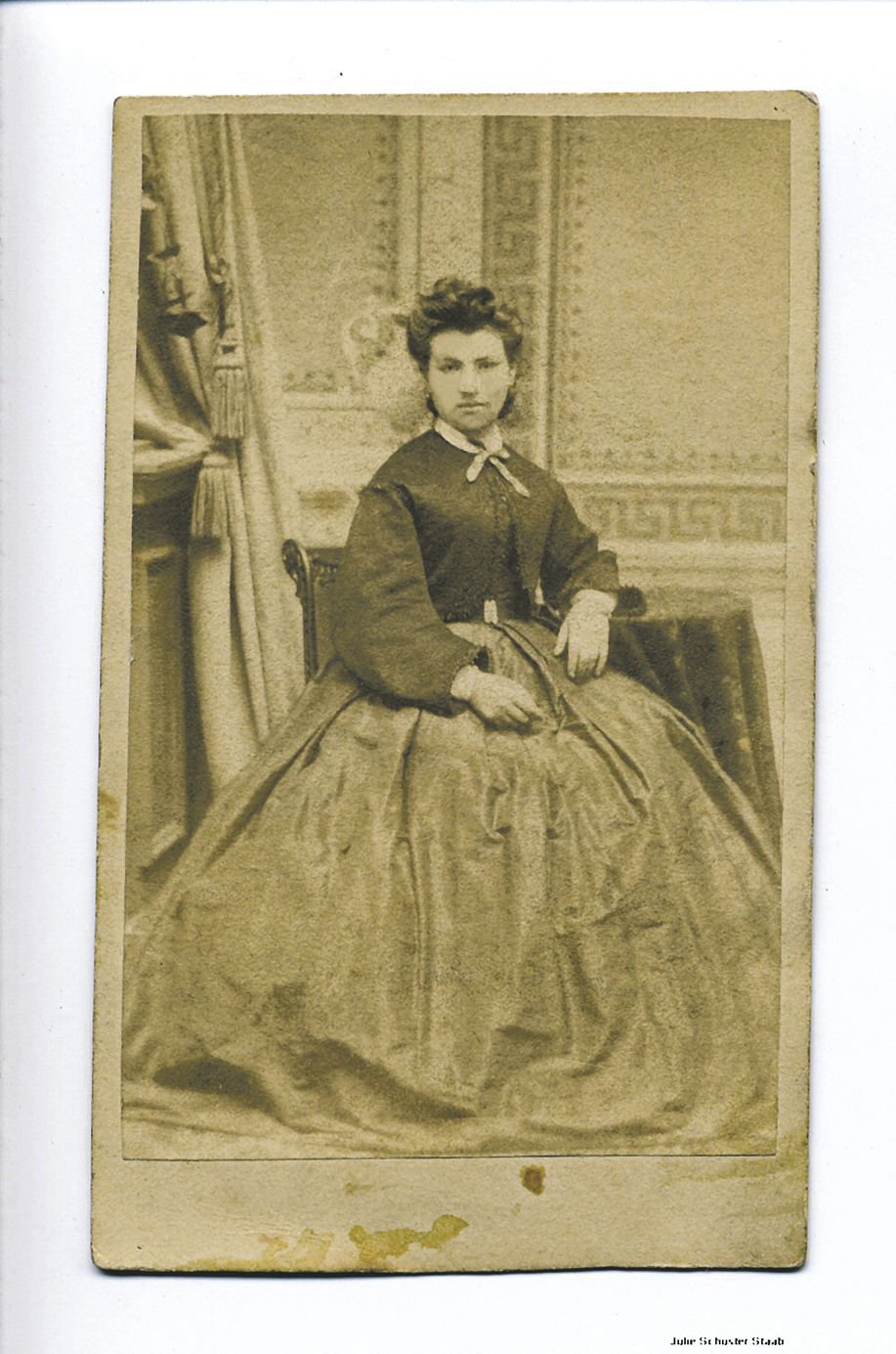 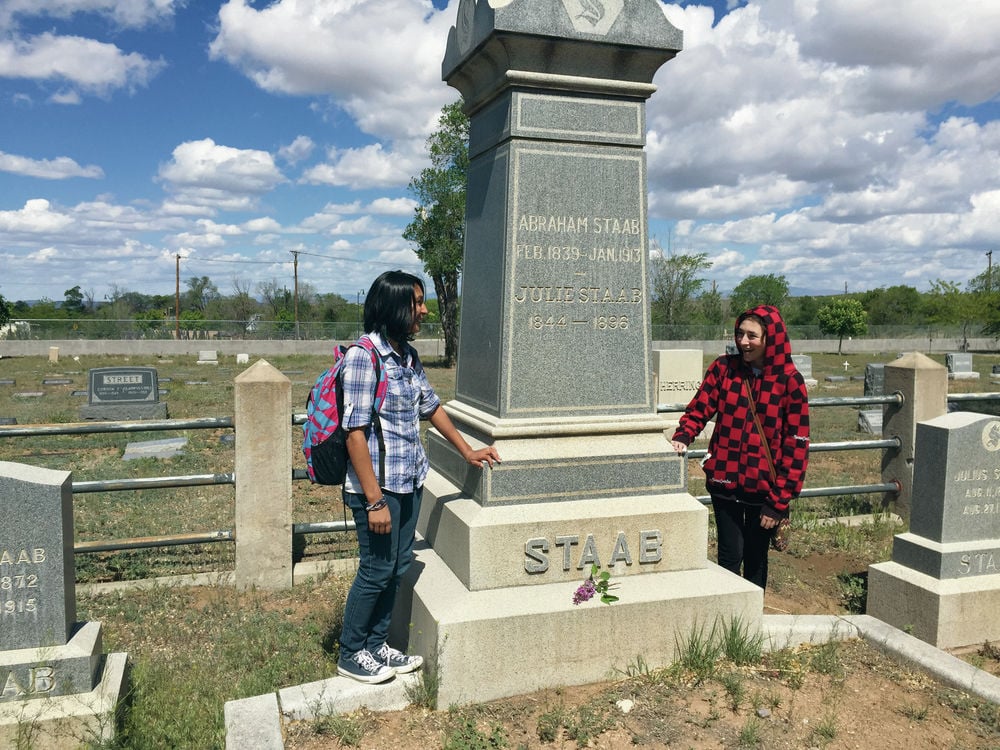 Tierra Encantada Charter School students in 2016 visit the grave of Julia Staab, whose spirit is rumored to walk the halls of La Posada de Santa Fe.

Tierra Encantada Charter School students in 2016 visit the grave of Julia Staab, whose spirit is rumored to walk the halls of La Posada de Santa Fe.

Have you ever felt a hand touching your shoulder, and turned around to realize no one was there? If you answered yes, you have probably been in the presence of a ghost, and you are part of a large group of Santa Feans who have experienced paranormal activity. New Mexican folklore tells the background of the busiest ghosts haunting the city of Santa Fe.

Though the legend is often discredited as tourist folklore, ghost hunters, tourists and curious Santa Feans alike attest to the lingering presence of Julia Staab at La Posada de Santa Fe hotel. Julia immigrated to America from Germany in the late 1800s. She married Abraham Staab on the promise he would build her the largest, most magnificent mansion in Santa Fe.

He held true to his oath, and the stately Victorian mansion paved the way for Julia Staab’s growth into an illustrious socialite. The pair had many children, but Julia carried the grief of many miscarriages and the death of her infant daughter. She reportedly confined herself in her bedroom without food or sleep for two weeks.

When she finally emerged, her hair had prematurely turned white and she languished in an inescapable depression. Rumors about Julia going mad swirled through the city. The cause of her death at age 52 in 1896 has never been determined. Some believe she took her life while others believe her husband murdered her to eradicate rumors and redeem his tarnished social status.

Either way, their home was converted into the hotel, which Julia allegedly still haunts. She is most often seen at the top of the second-floor staircase in a black mourning gown or the room she imprisoned herself in for years. Guests and staff have reported a rush of cold air, the scent of floral perfume and sometimes even the caress of an invisible hand when Julia’s presence enters the room. These encounters became far more frequent during the height of renovations at the hotel, serving as an invitation for her restless spirit to roam the rooms and hallways of her invaded home.

Although none of her encounters are known to be malicious, Sister George’s ghost haunts the Inn and Spa at Loretto downtown. Otherwise known as the “cigar-smoking nun,” Sister George taught at the now-closed Loretto Academy for girls from 1953 to 1968. All of her apparitions seem to happen purely for making her presence known to the guests and staff of the hotel, not to cause any true fear or harm. First emerging in the 1970s, Sister George is known to be fond of technology. During renovations of the hotel, concierges at the hotel reported receiving multiple phone calls in the middle of the night from the fourth floor. When they would pick up, the other line would play answering machine music back to them. Her other apparitions have included wafts of cigarette smoke, flickering lights and the placement of hands on the shoulders of those she reveals herself to.

Although worldwide interpretations of the “Weeping Woman” differ greatly, Santa Fe’s folklore attributes the source of the mourning, regretful wails creeping out of the Santa Fe River and into the windows of those residing nearby to be the voice of La Llorona.

According to legend, a woman had two children who her dishonest husband loved greatly. After learning of her husband’s infidelity, she was overcome by a mind-paralyzing fit of rage. She wanted him to experience the pain she felt — by losing what he loved most. In an adrenaline-soaked panic, she drowned her children in the river. Snapping out of this, the woman realized what she had done and began desperately searching the water for the children she sent downstream. Many parents, in telling this morbid bedtime story, claim La Llorona still haunts arroyos along the length of the river. She cries “¡Mis hijos!” or “My children!” hoping the children she lost will respond, but she’s willing to claim and abduct any children she can lay her water-pruned hands on.