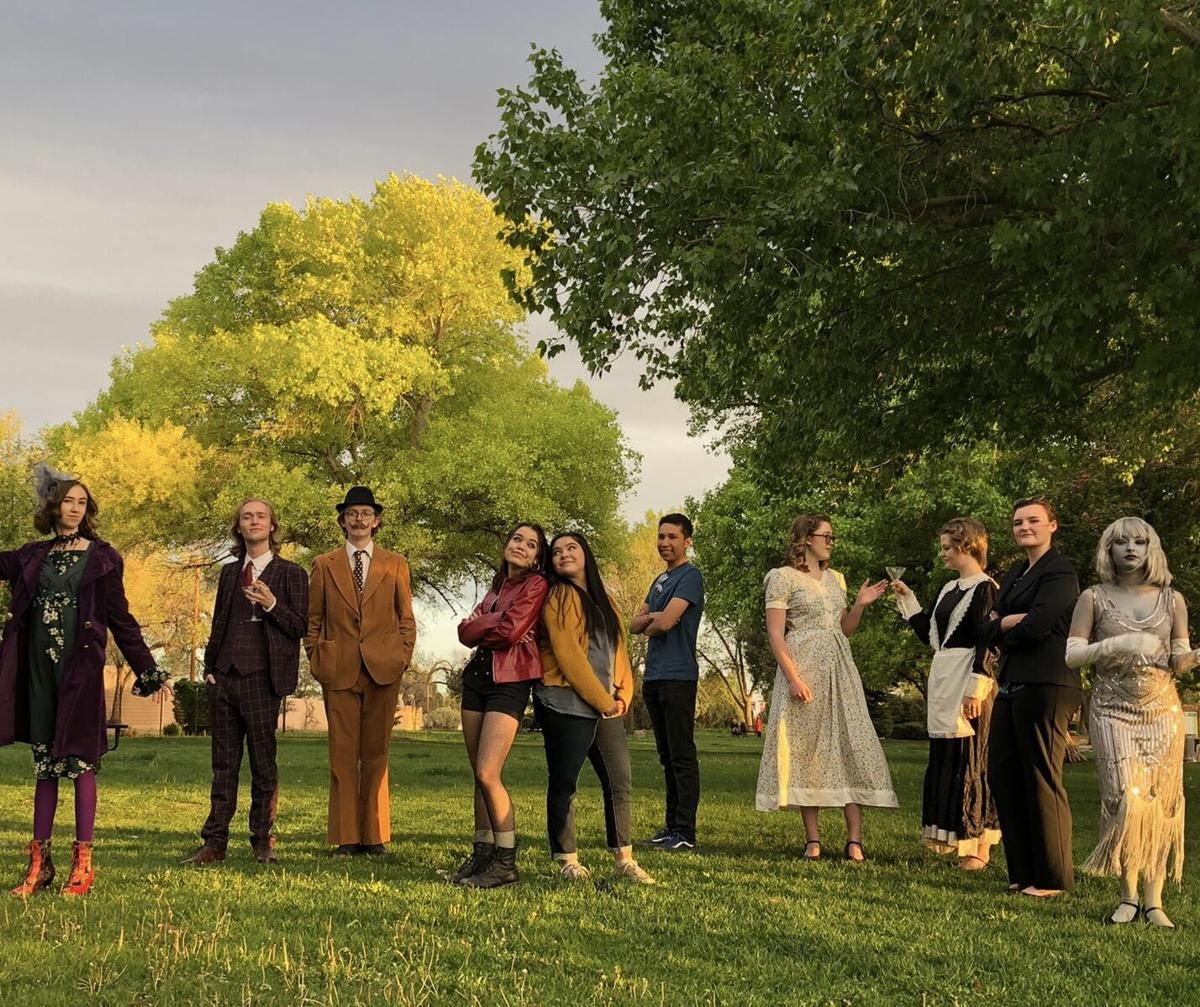 The Santa Fe Youth Collaborative Theater is putting on a pair of plays this summer. The first is the musical The Mad Ones, which the company will perform Friday and Saturday, while Blithe Spirit will premiere June 12. 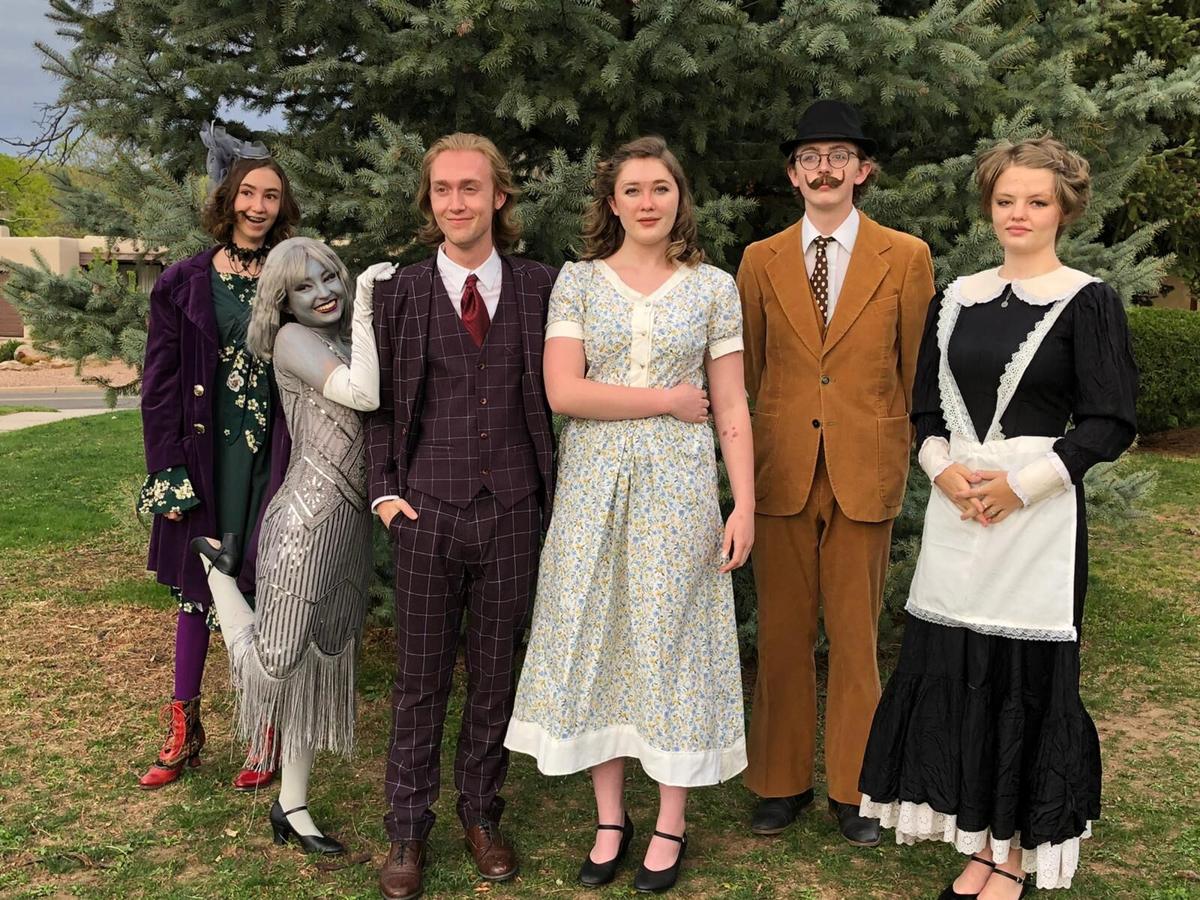 The cast of the musical Blithe’s Spirit is preparing for its production in later this month. 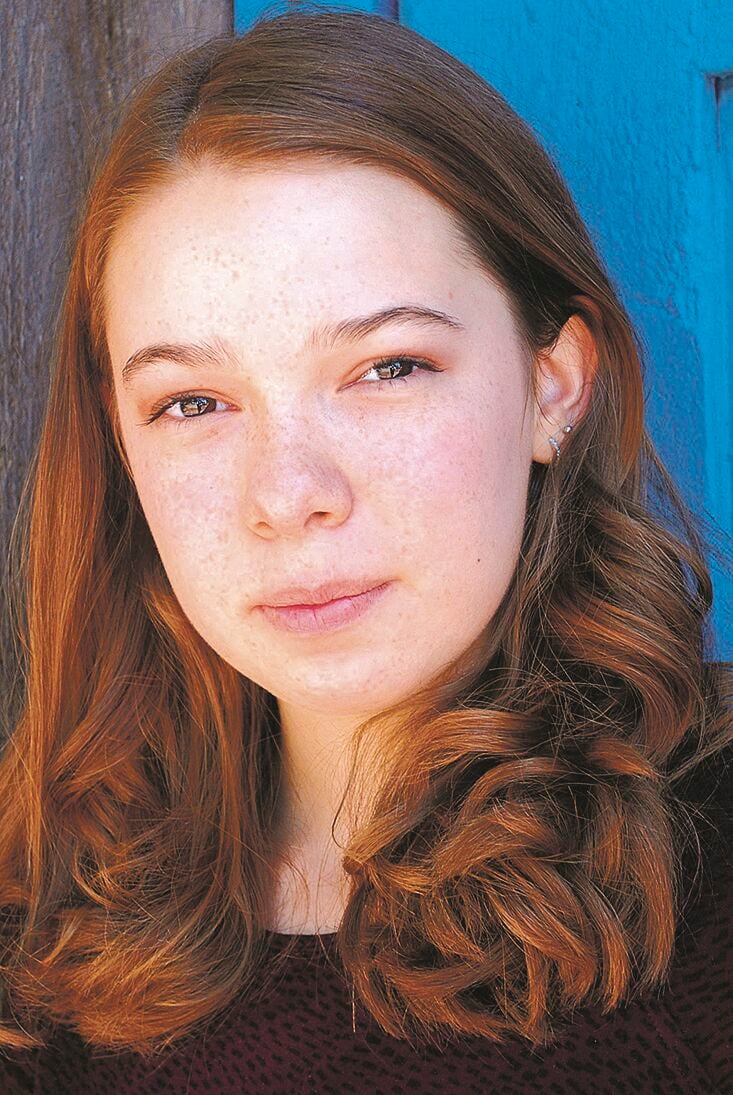 The Santa Fe Youth Collaborative Theater is putting on a pair of plays this summer. The first is the musical The Mad Ones, which the company will perform Friday and Saturday, while Blithe Spirit will premiere June 12.

The cast of the musical Blithe’s Spirit is preparing for its production in later this month.

Fourteen teens crowd around various household items altered to fit the setting of their play.

Vintage armchairs, a dining table, tacky vases and collected dinnerware are arranged on the assigned placement of the stage, carefully matching up with the marked neon pink, green and yellow tape.

“It’s called spike tape,” said Isabel Gallegos, 18, one of the founders of the Santa Fe Youth Collaborative Theater and director of the musical The Mad Ones, which will run Friday and Saturday.

This rehearsal, however, focuses more on the troupe’s other anticipated play, Blithe Spirit, directed by Iza Konings and starring Jaxon Maloney, Emma Carter and Sam Gurule. The play is set to run June 12-13.

The group proceeds to rehearse on this Sunday afternoon and waits patiently for criticism from the directors and a special guest of theirs, Lisa Lincoln, previously a theater teacher at now-closed Desert Academy, who has volunteered to provide feedback.

“We like to do everything ourselves as teens, but we like to get feedback from people with experience,” Gallegos said.

Gallegos, a recent graduate from New Mexico School for the Arts, started doing theater through Pandemonium Productions, a well-known theater company that introduced theater to children in Santa Fe. It also was the motivation for her sister, Carmen Gallegos, 15, to get interested in theater.

Carmen Gallegos is a co-founder of Santa Fe Youth Collaborative Theater and its stage manager.

Isabel Gallegos’ love for theater grew over the years.

“I kind of got obsessed,” Isabel Gallegos said. “[I also began] to take voice lessons and dance classes and done all those things to improve my skill set.”

As she became a teenager, she realized how dysfunctional it was to participate in theater companies with a range of age groups, such as Pandemonium Productions.

“It can definitely be chaotic, especially with a lot of young children,” Isabel Gallegos said.

Gallegos said she believed she knew how to organize things better in some of those moments during productions, but she didn’t have the platform to do so. She made it a goal to find a way to make theater her own.

Gallegos and her sister were on a mission to make their teen-based theater dream come true.

“At the beginning, it was just my sister and I, so we each just gave a little bit of our own money to start it off,” Isabel Gallegos said.

Their courage and enthusiasm led them to form the theater. The process picked up pace, with many meetings held and spreadsheets made to fit the pieces of the theater into place.

“Me, my sister and [Konings] are the core group; we call ourselves the fancy people,” Isabel Gallegos said.

The Gallegoses, who have been administering the theater, had to complete all the work to set up the company.

A GoFundMe campaign was established to support their first show financially. The funds went toward purchasing sets and costumes, and helped the theater stay afloat until tickets were sold for its first show.

Now, the teens finally have something of their own. With no adult presence, they are able to determine the path of their productions, such as doing their own directing, creating props and more.

“I feel like they’re more organized; I just do,” said Lucia Porterfield-Ortiz, who will be a senior at New Mexico School for the Arts and a cast member of The Mad Ones.

The opportunity Porterfield-Ortiz has received exceeds the other theater companies she has participated in, and there are some things, such as doing shows with mature themes, that could not be done at other youth theaters.

“It’s kinda like a safe haven for me,” Porterfield-Ortiz said.

Gurule added that they relate to one another as teens. She feels their ideas are embraced by the cast and crew members.

“We all kind of know what we want out of the show,” Gurule said.

While being a teens-only theater can provide a creative outlet not experienced at other operations, there are some issues related to not having an adult presence, such as renting a theater.

“A lot of theaters weren’t really ready to rent to us,” Carmen Gallegos said.

The Gallegoses used their resources to bring their dream to life. A past theater company the sisters participated in, Teatro Paraguas, rented out its theater to them for a discount.

“Connections are so vital,” Isabel Gallegos said. “So many of our props and set pieces have come from [different theater companies].”

Besides the support from these companies, the Gallegoses’ parents have tagged along for the ride. Their dad also serves as a carpenter, helping cut wood for sets.

“They let us build sets and store them in our garage,” Isabel Gallegos said.

The coronavirus pandemic also created obstacles the sisters had to overcome. The Gallegoses’ idea for the theater originated prior to the pandemic, so there had to be some adjustments. The theater’s first production took place from October to December.

“We had just started rehearsals, and then the [five-person gathering mandate] came out a week later,” Isabel Gallegos said.

With a cast of nine actors in Little Women: The Musical, it took hours to rearrange rehearsals to adhere with state guidance.

“Later on, one of our cast members ended up getting COVID-19, which was really scary,” Isabel Gallegos added.

The actors transitioned to online rehearsals and quarantined for a few weeks.

But the challenges have only pulled the group closer.

“I’ve made so many friends; I’ve met so many people I didn’t know before, and we’ve clicked,” Porterfield-Ortiz said. “I’ve just made really great connections.”

Porterfield-Ortiz is happy to do what she loves in an environment that is comforting. Performing has helped her alleviate stress from school and the pandemic.

“There is so much happening at once right now, which is wonderful, but it’s nice to have this because it is … something I like to do,” Porterfield-Ortiz said.

Sofia Barker will be a junior at the Academy for Technology and the Classics. Contact her at sofiabarker8@gmail.com.